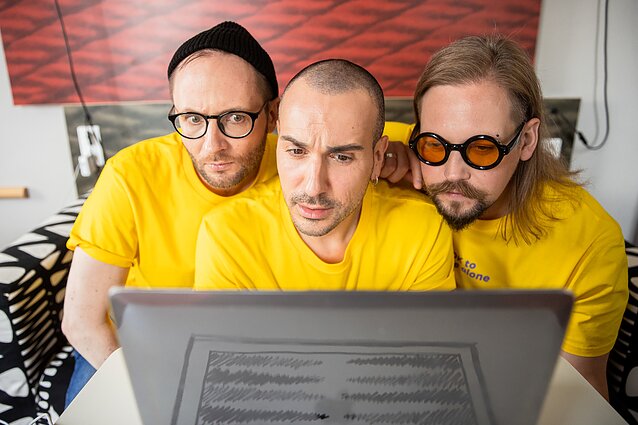 Members of The Roop / J. Stacevičius/LRT

#LithuaniaGoesYellow as the country's yellow-clad representatives are preparing to perform on the Eurovision stage in Rotterdam. On Friday, a yellow wave swept across social media, as well, with fans of The Roop sharing their own renditions of Lithuania's Eurovision song, Discoteque.

“At 20:00, we invite all Lithuanians in Lithuania and across the world to play Discoteque and make it the biggest disco in the world,” lead singer Vaidotas Valiukevičius told LRT TV.

Even before the hour came, LRT's initiative YELLOW WAVE was joined by hundreds of social media users and organisations – schools, town communities, families, soldiers, doctors and others – posting videos and photos of themselves discotequing to The Roop's song.

“We are deeply touched by this much support. It is beautiful and shows that Lithuania can be united,” Valiukevičius said on Friday. 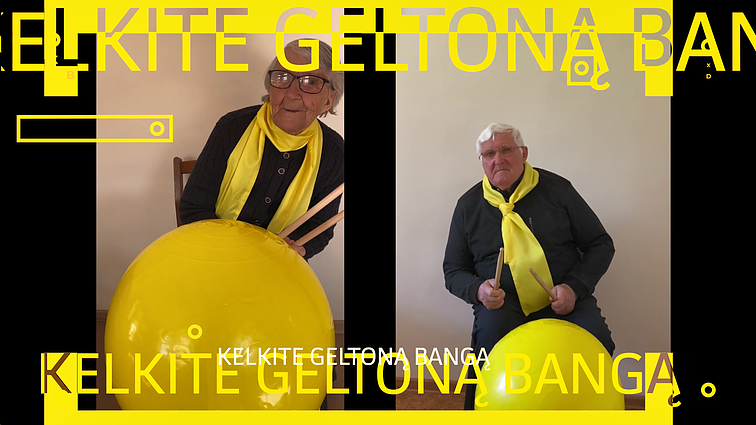 With pandemic restrictions still in place, the Lithuanian performers and the entire delegation are not allowed to leave their Rotterdam hotel for anything other than rehearsals or Eurovision events. And so they made the best of it, discothequing right at their home – that is, a hotel corridor. 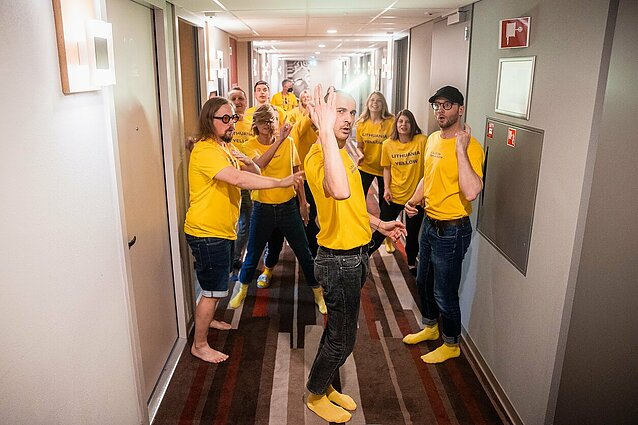 “Thank you all for the yellow wave! Best wishes to all from Rotterdam. Let's all jump on the wave, not underneath it,” Valiukevičius said.

Yellow bursts were coming out of the central fountain of Kaunas, too. “This is a sign of love and support from the people of Kaunas to those who are already winners of our hearts,” the city's municipality said, posting a video on Facebook of the yellow-lit show.

The Roop are performing in the first of the two Eurovision semifinals on Tuesday. The Lithuanian song is opening the show.

Read more: ‘We can’t wait to get on stage’: Lithuania’s The Roop head to the Eurovision
'People in 30s are made to feel old'. Who are Lithuania's Eurovision darlings? 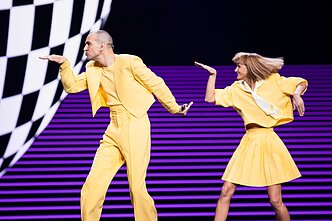 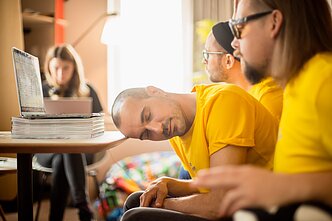 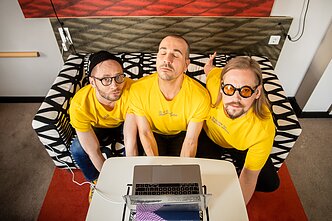 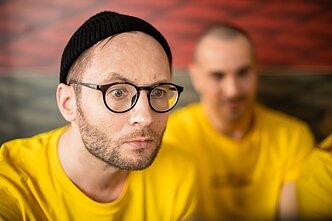 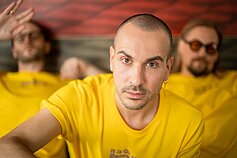 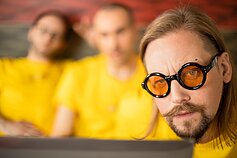 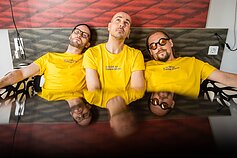 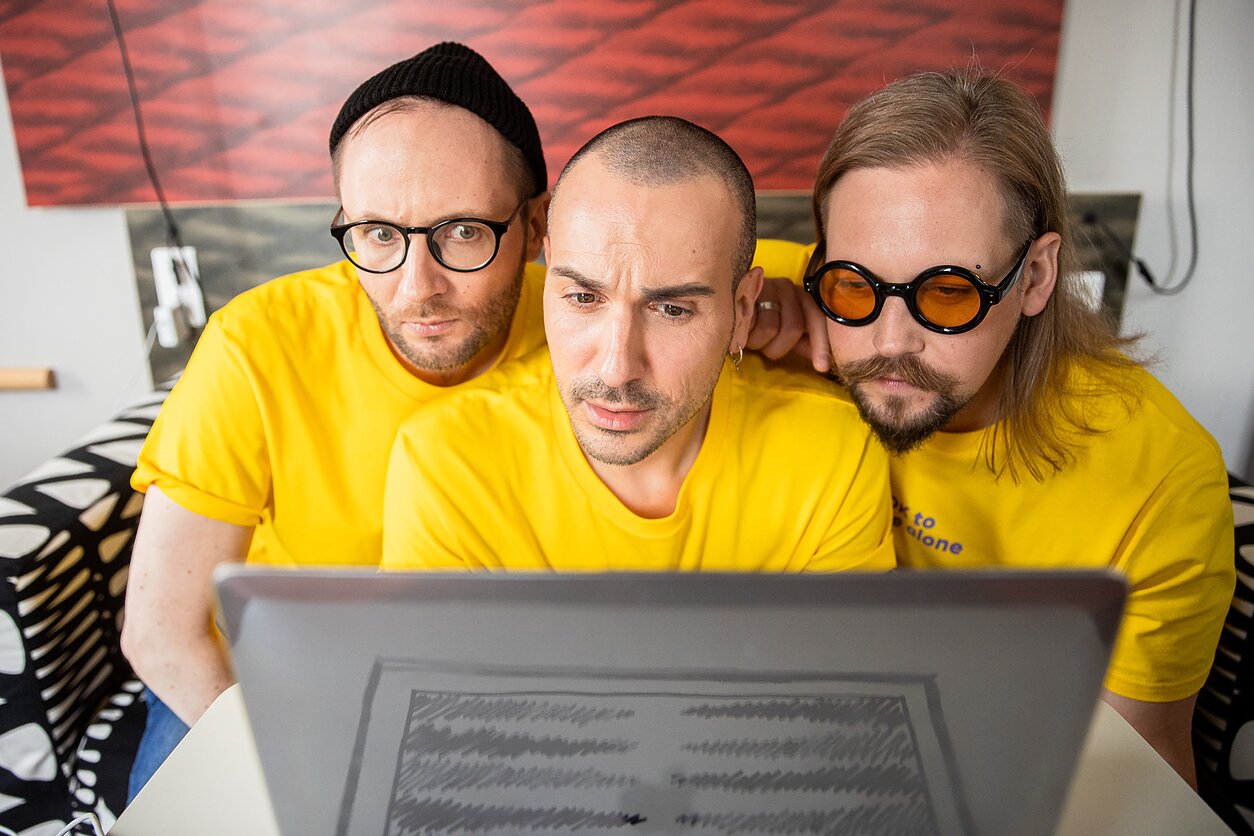 Members of The Roop
1 / 10J. Stacevičius/LRT 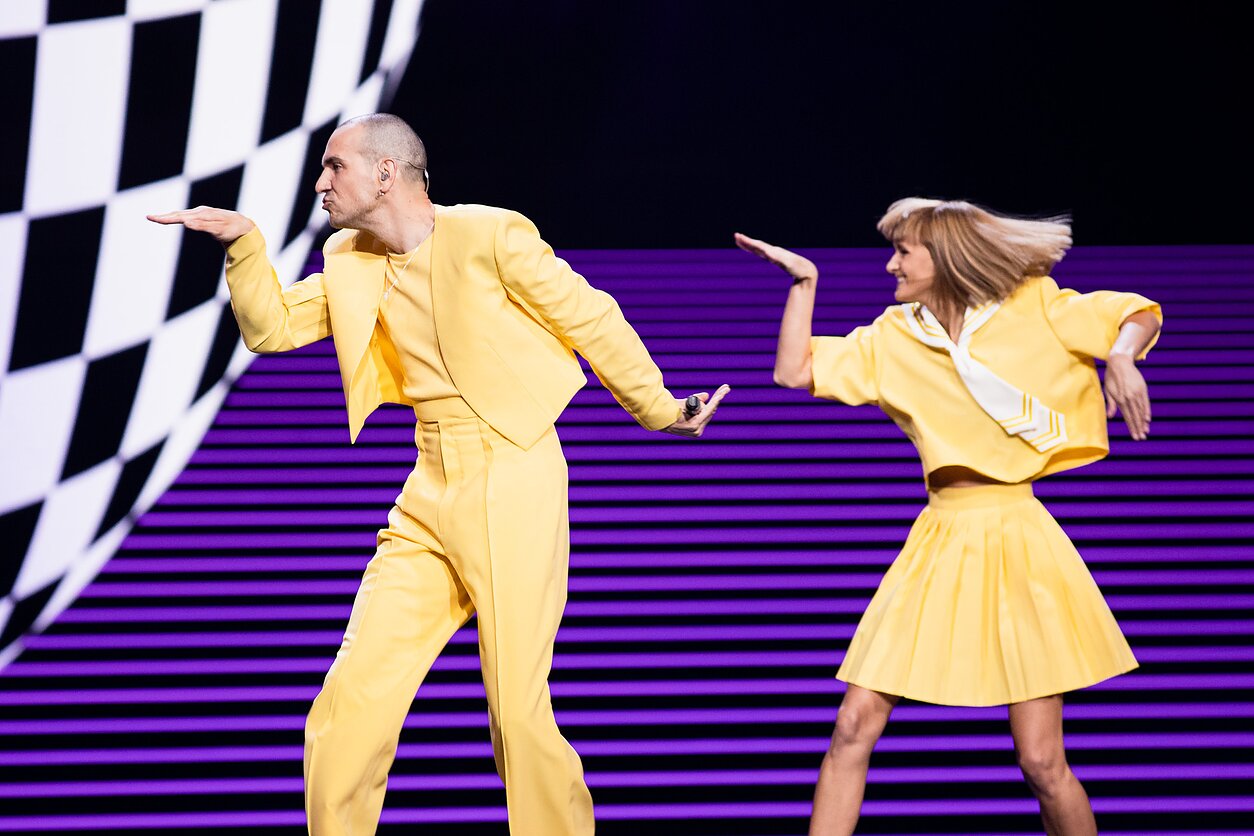 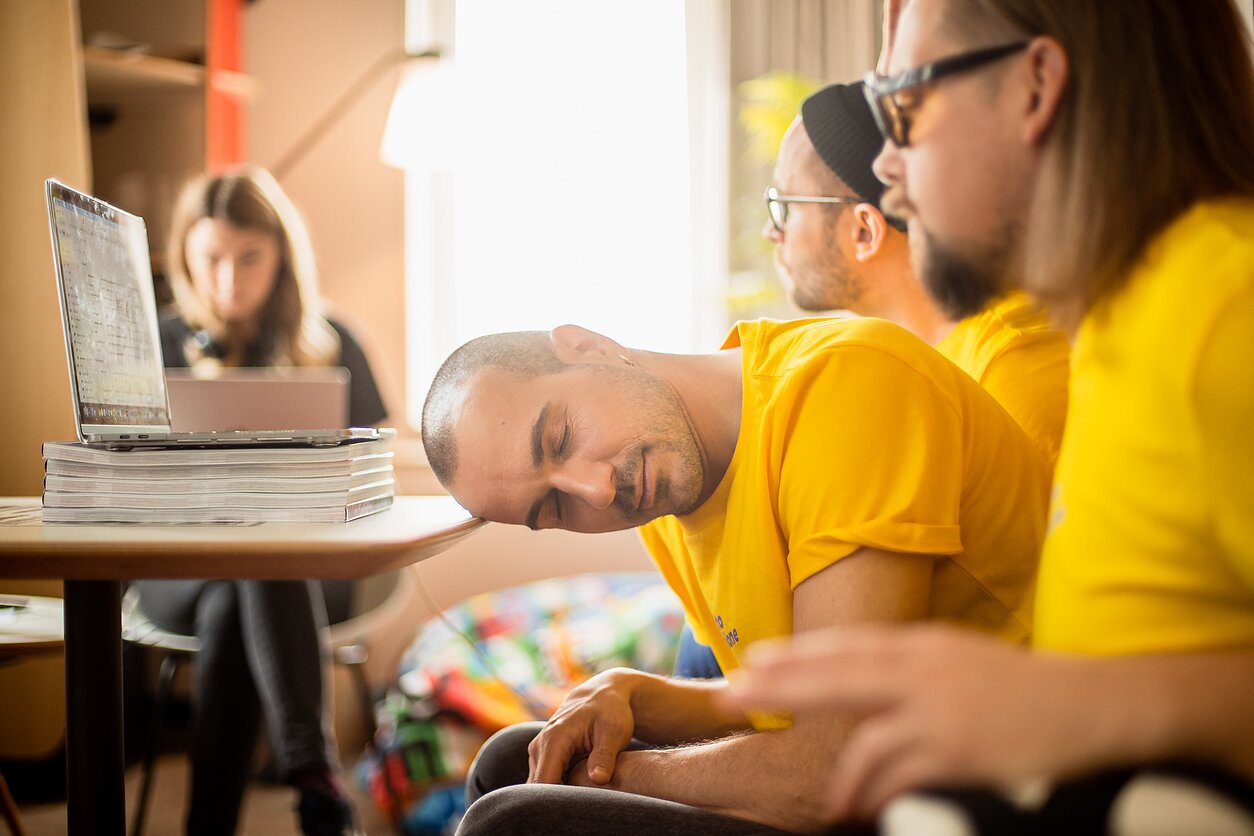 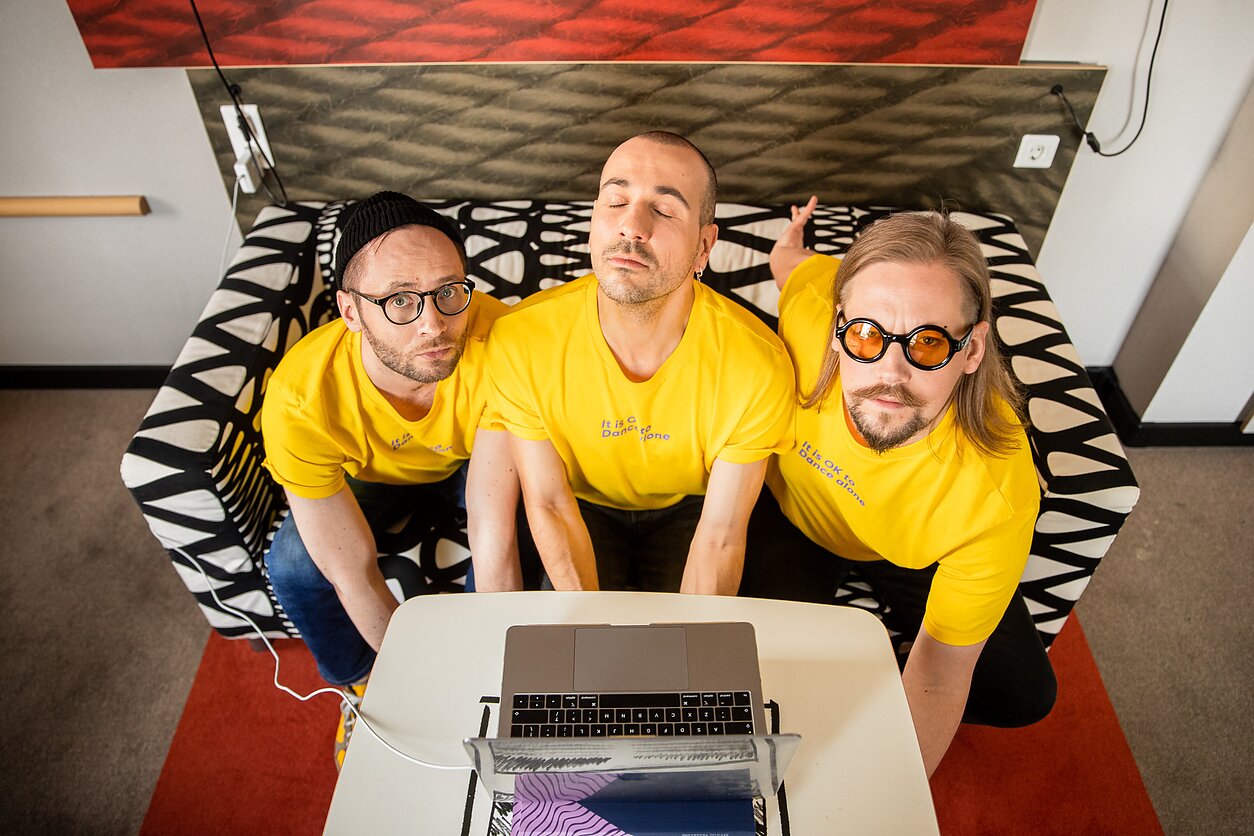 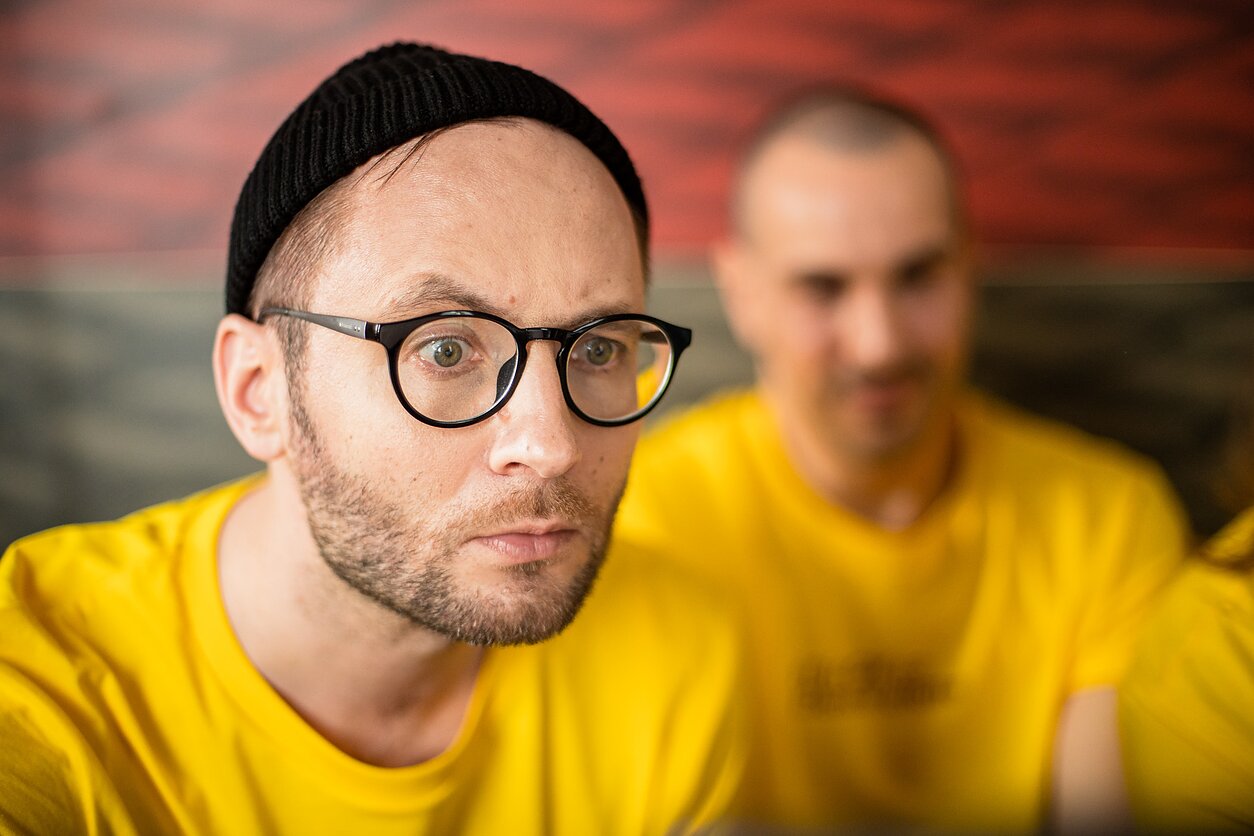 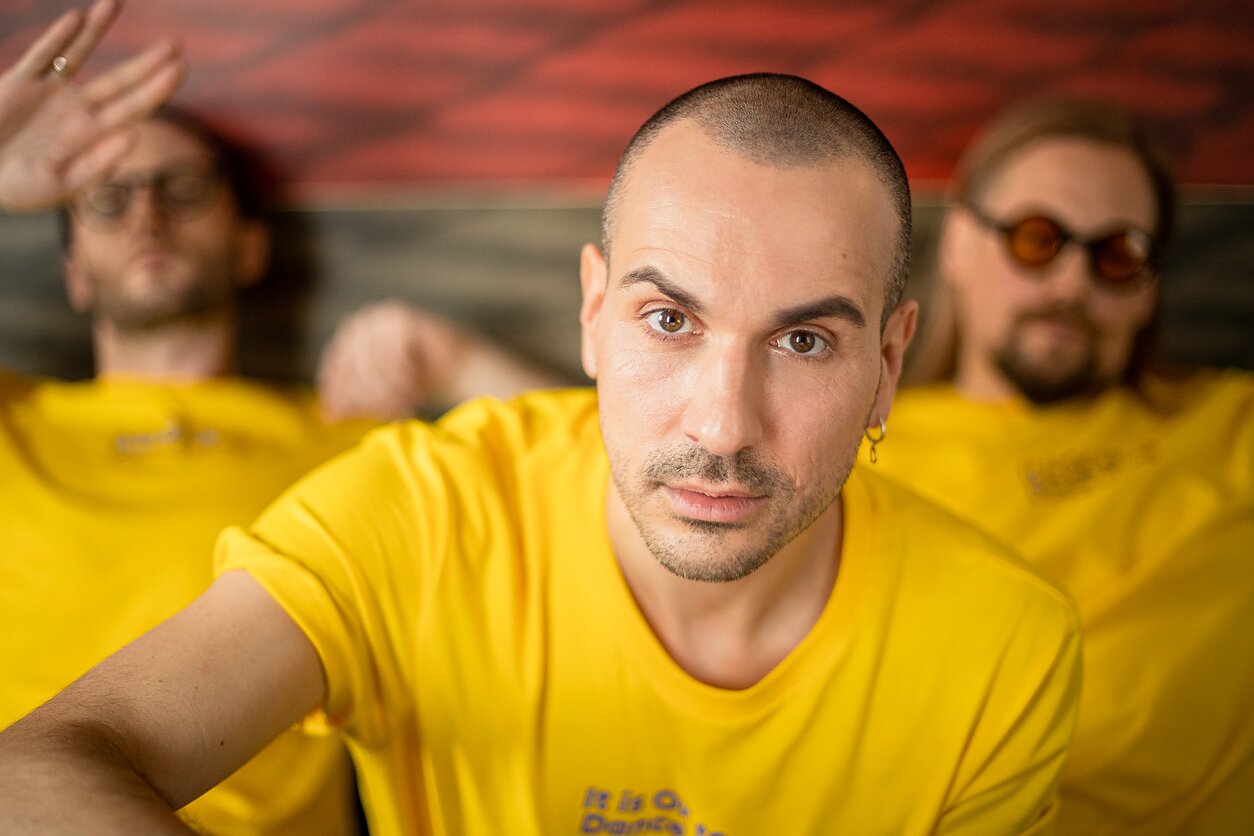 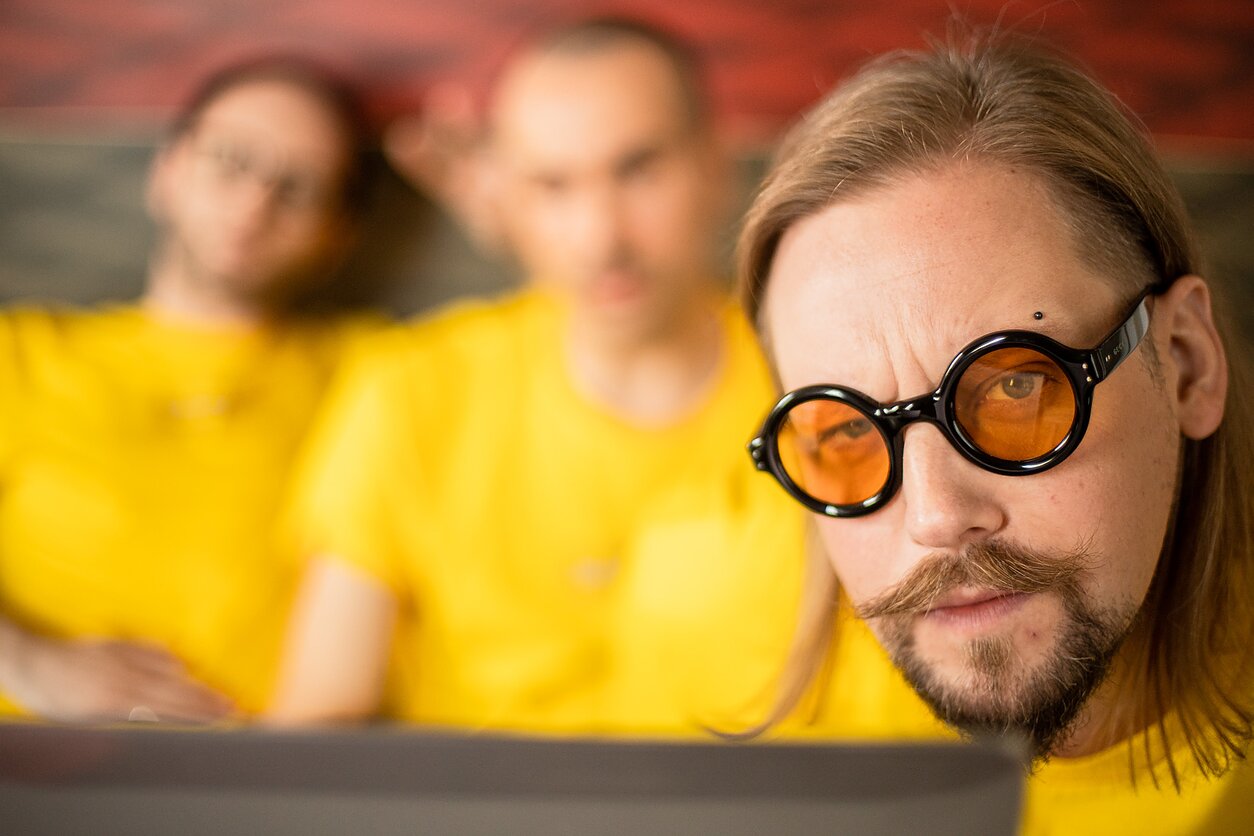 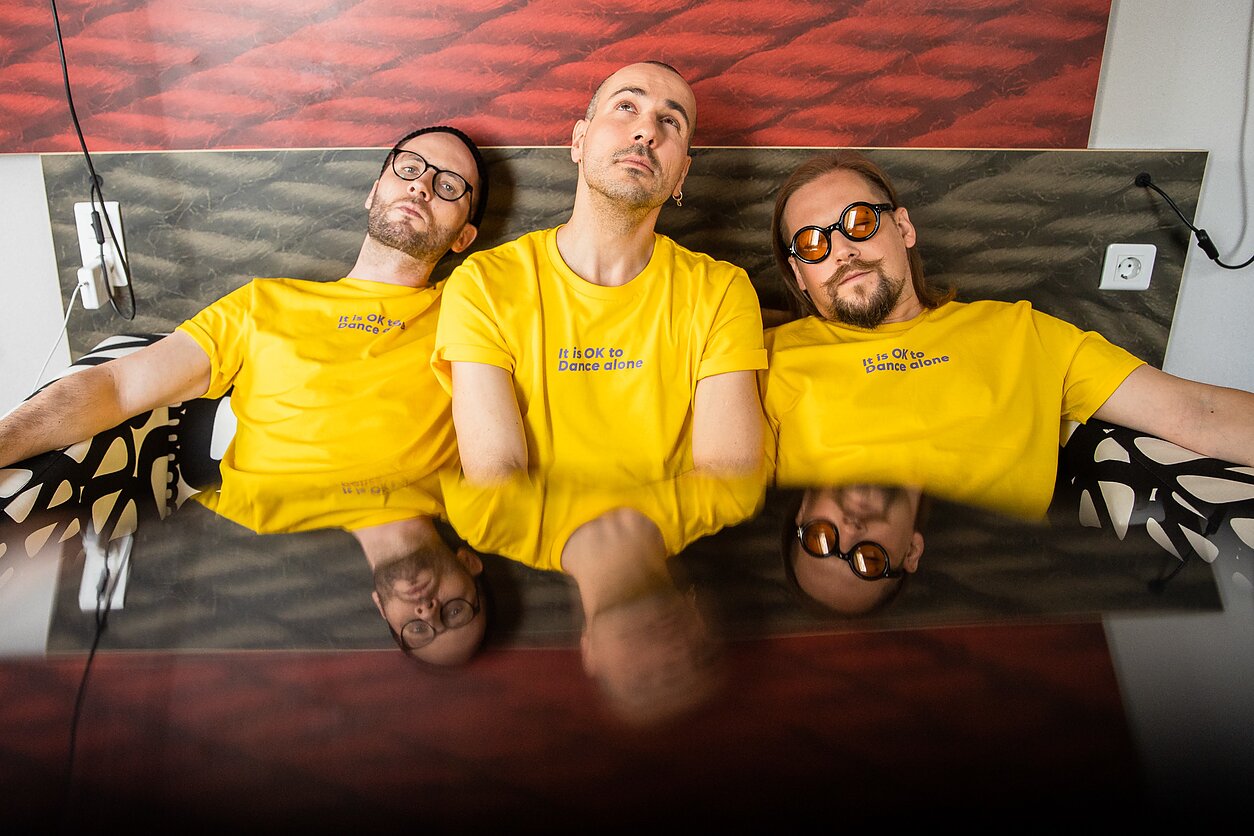 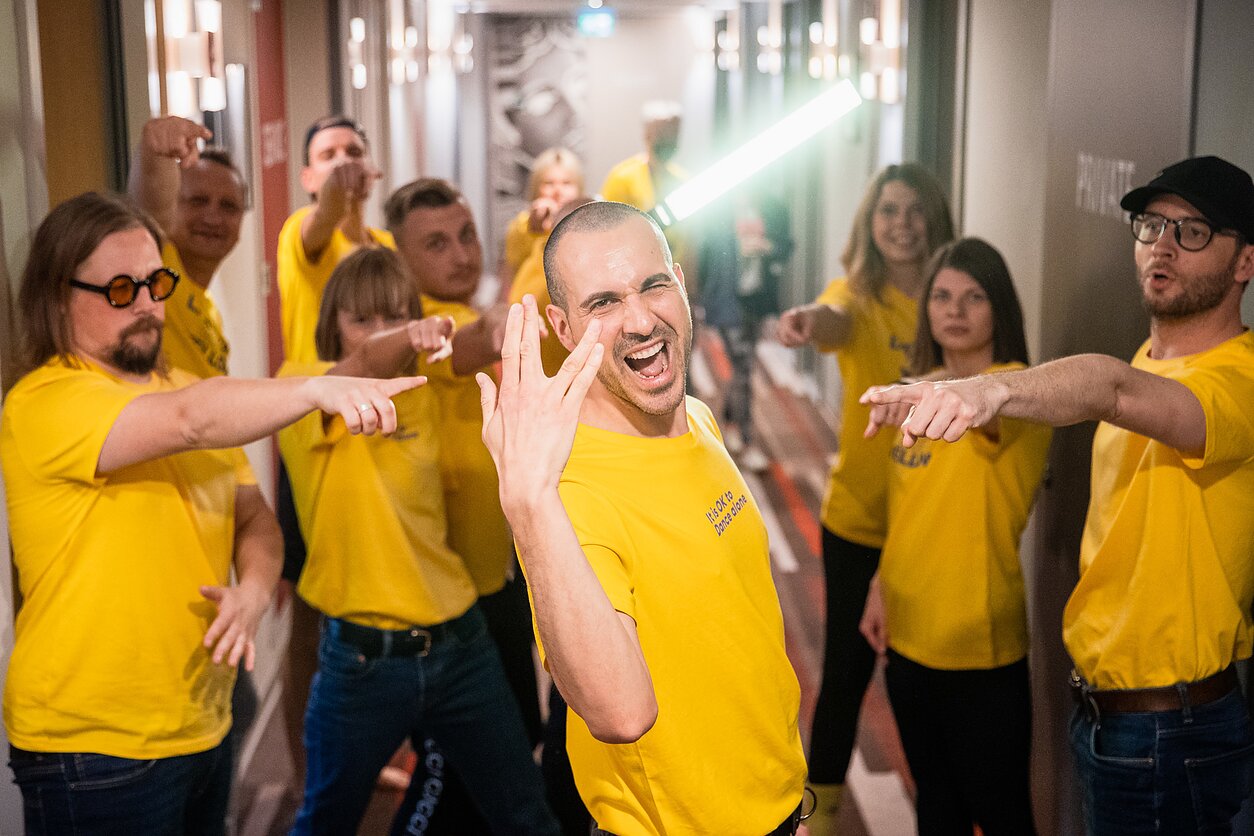