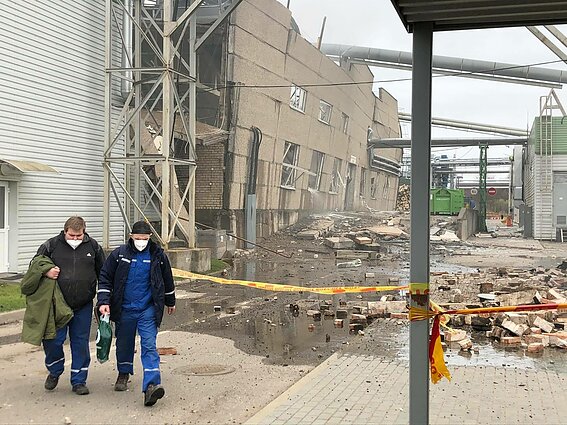 On Monday, eight people were taken to the hospital after a fire and an explosion ripped through a wood processing plant in the Lithuanian seaport of Klaipėda.

A fire broke out on Monday at Vakarų Medienos Grupė (VMG), one of the largest wood processing and furniture production groups in the Baltics states. After an explosion at the plant, another building, a biological treatment facility, collapsed.

A heavy fire-fighting force was working at the site to extinguish the blaze consuming the 100-meter-wide, 150-meter-long particle board production building.

Marius Garbenis, head of the Klaipėda Fire and Rescue Board, told BNS, that the situation was under control, but there were still isolated spots of fire. 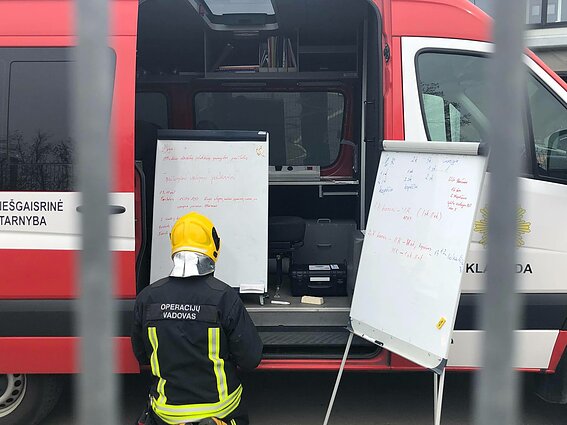 On Monday evening, fire services said that they had put out the fire.

The blaze, which had broken out after an explosion, was extinguished at around 21:30, but fire crews remained on duty at the site throughout the night, the Fire and Rescue Department told BNS.

The explosion and the subsequent fire in Klaipėdos Mediena's factory was reported shortly after noon on Monday.

A biological treatment facility collapsed after the explosion. Another building, a 100-meter-wide, 150-meter-long particle board production facility, was in flames when a heavy fire-fighting force arrived at the scene.

Vinsas Janusonis, head of Klaipėda University Hospital, told BNS on Monday evening that two 59-year-old patients had suffered severe burns and were in a serious condition.

Klaipėdos Mediena is part of Vakarų Medienos Grupė (VMG), one of the largest wood processing and furniture production groups in the Baltics. 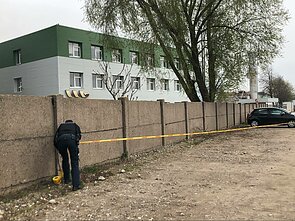 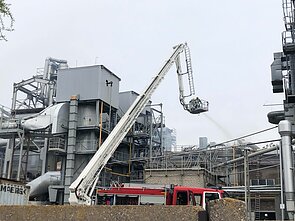 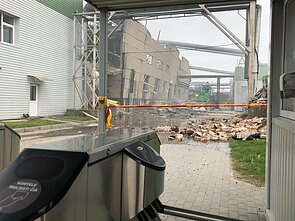 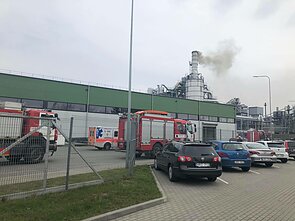 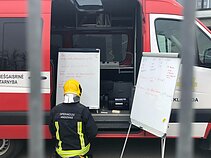 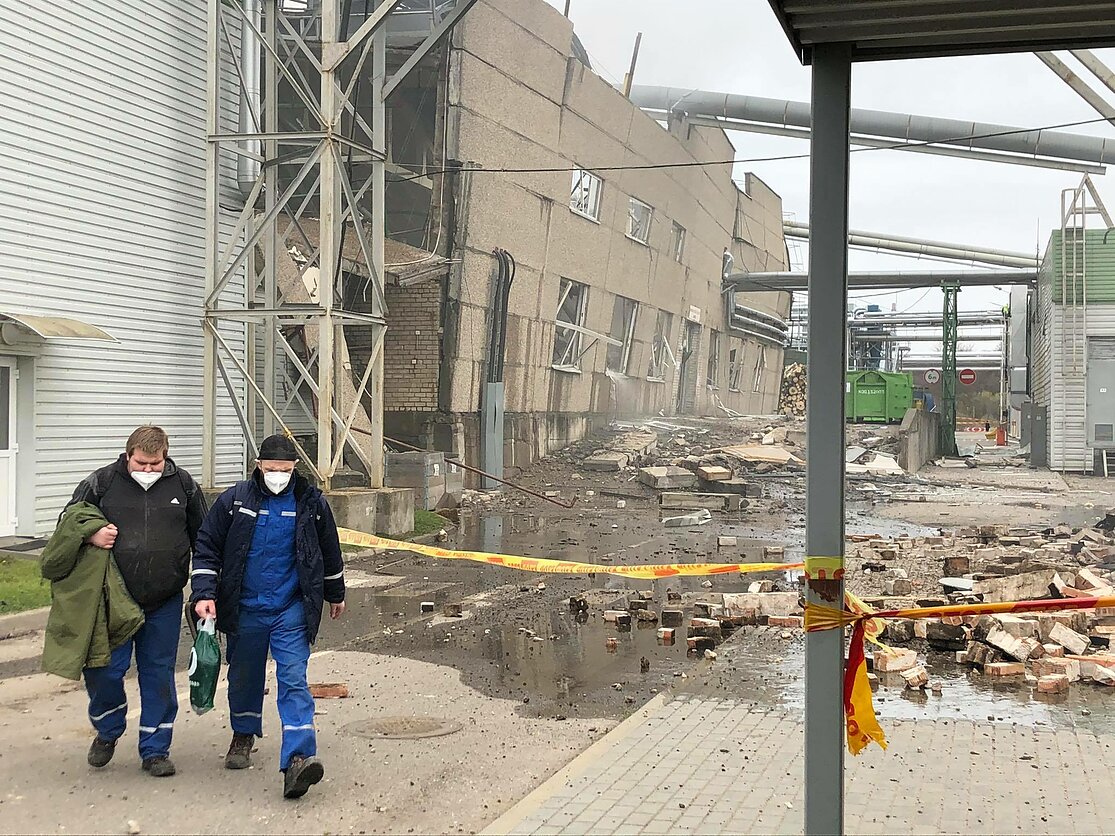 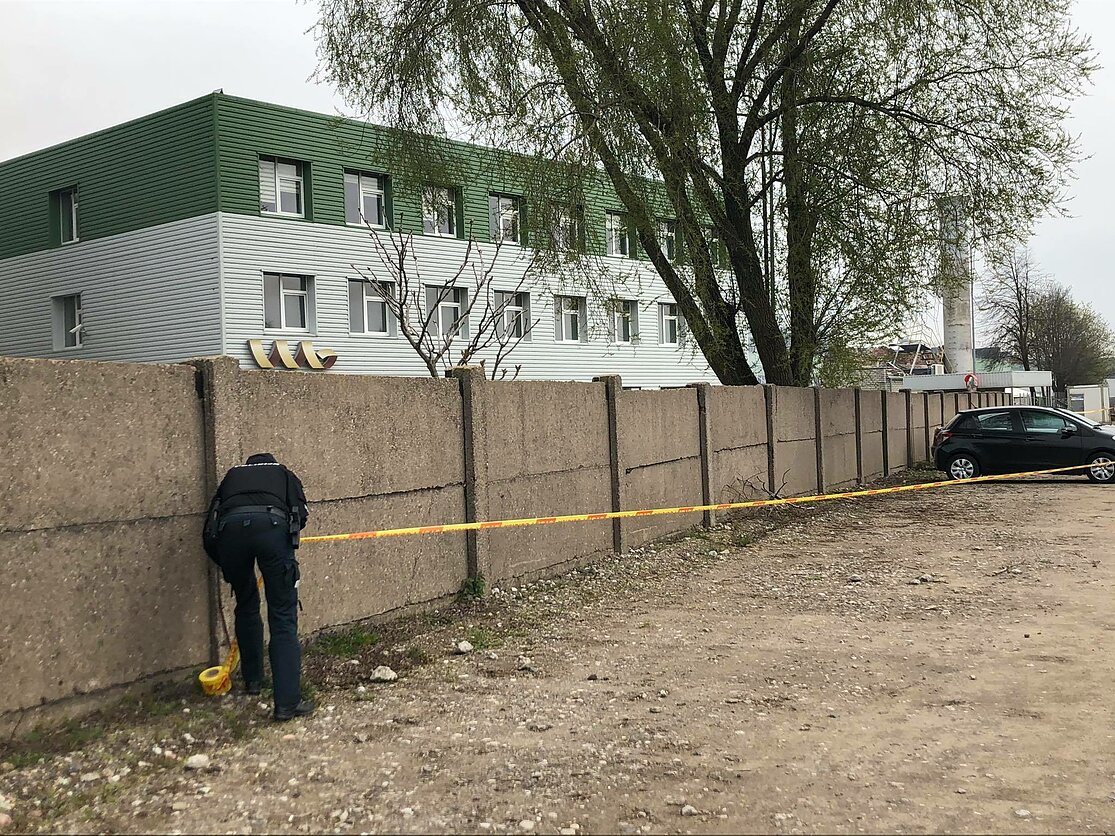 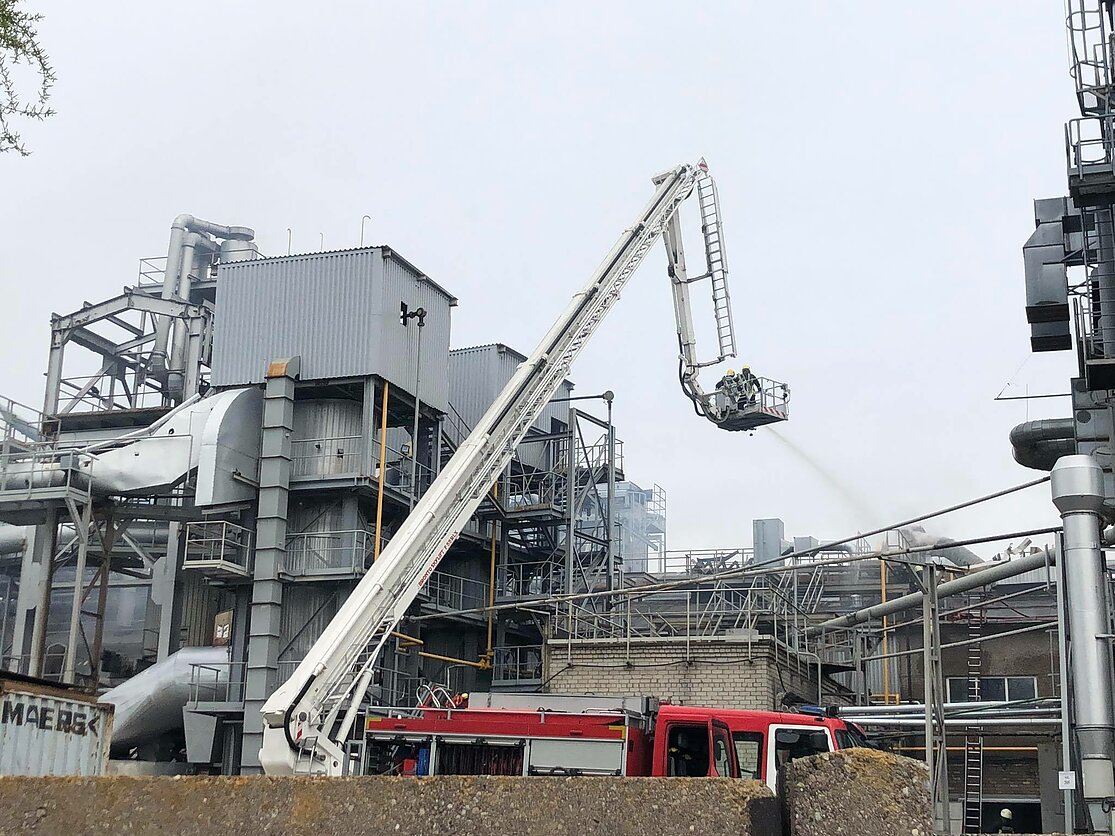 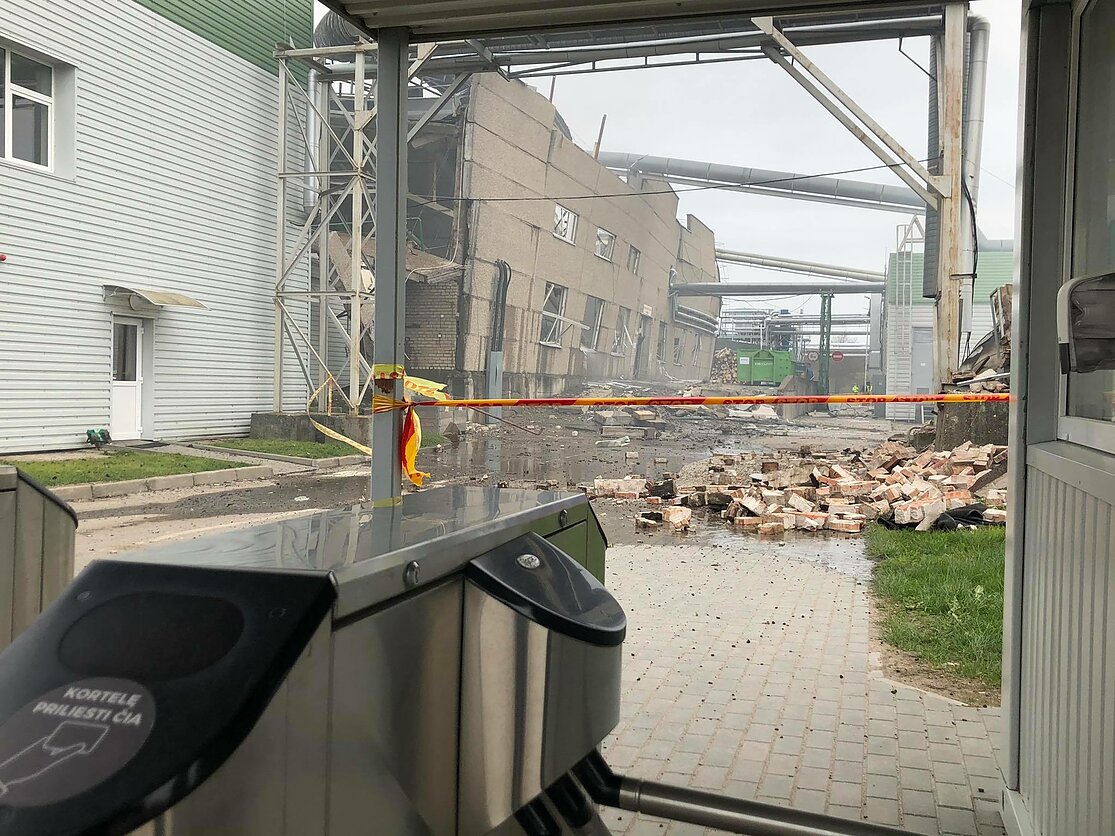 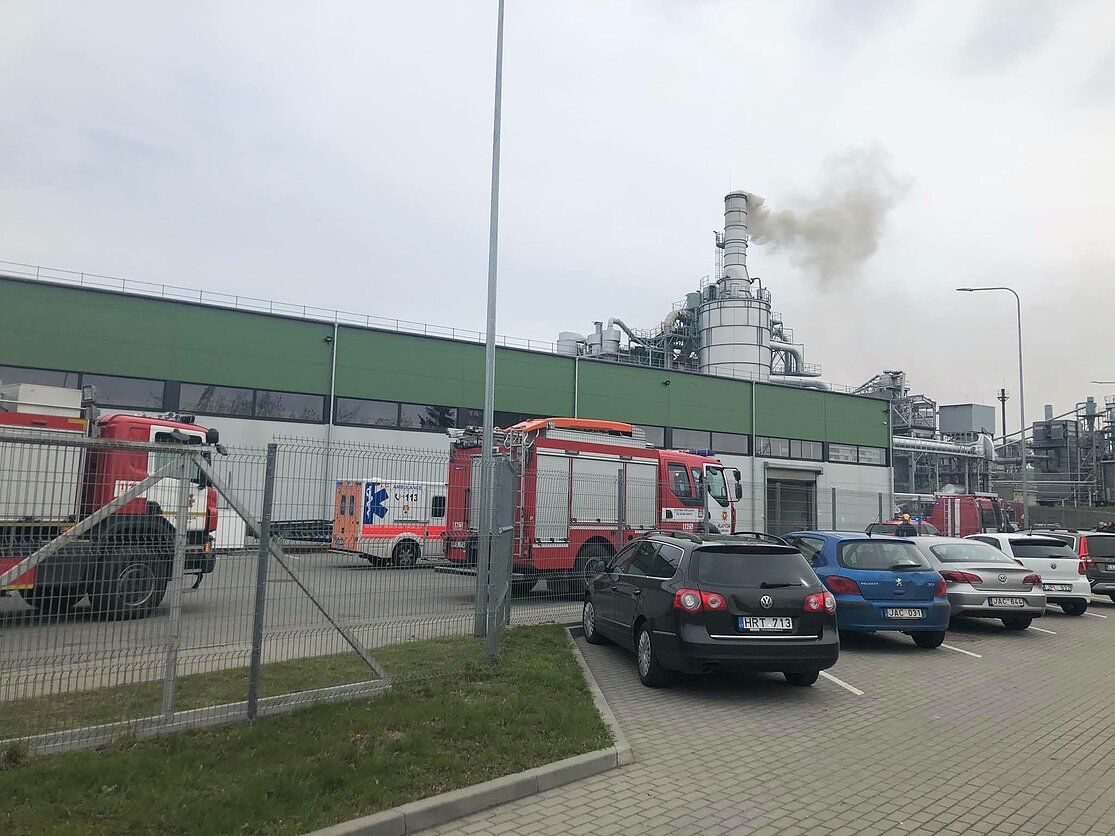 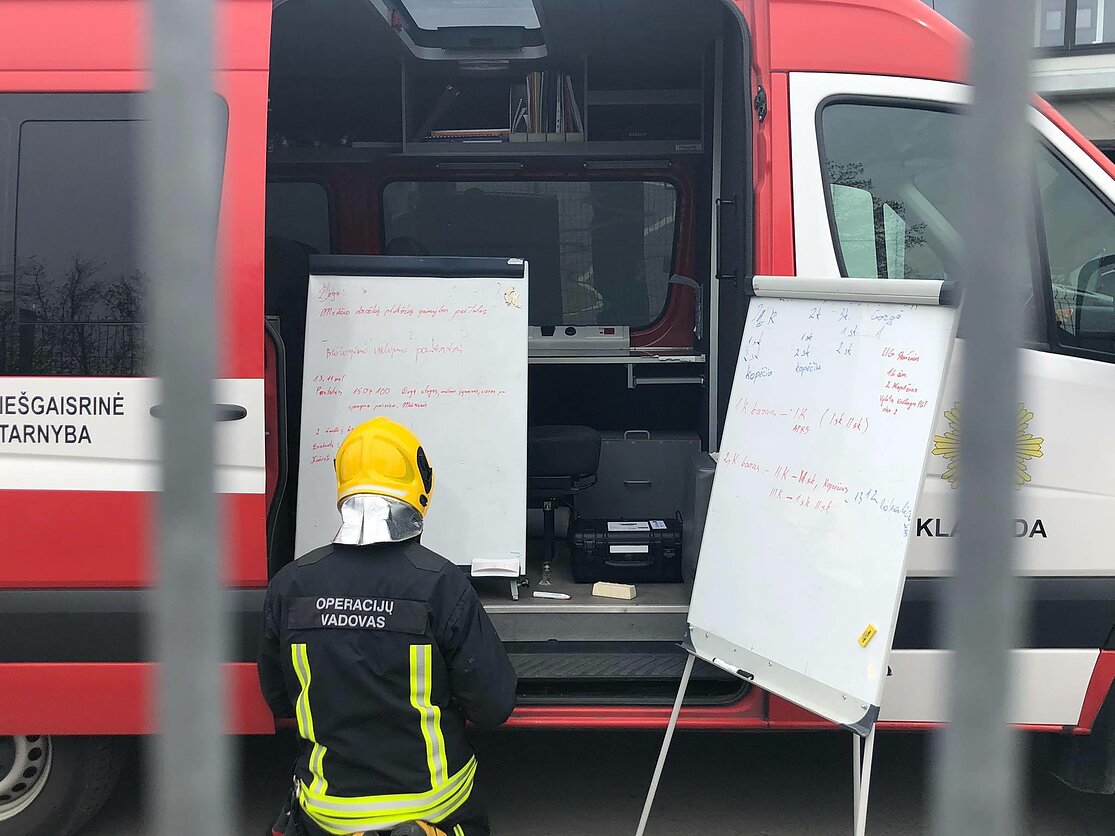