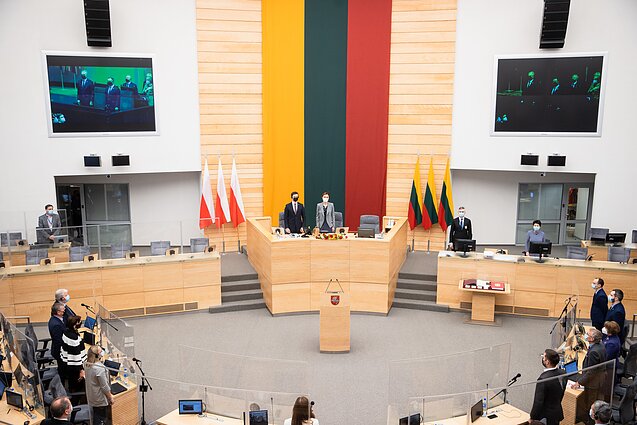 The joint sitting of the Polish and Lithuanian parliaments. / J. Stacevičius/LRT

On the 230th anniversary marking the May 3 Constitution, Polish President Andrzej Duda thanked “our Lithuanian brothers” for the shared heritage.

"On behalf of the people of Poland, I would like to sincerely thank our Lithuanian brothers for the historical path we have taken together in defending your freedom and ours, and supporting each other," the Polish president said.

“We are demonstrating our historic closeness and we are proud of the achievements of the Commonwealth of the Two Nations, and are together proud of the 3 May Constitution," Duda said.

On Monday, Lithuania and Poland mark the 230th anniversary of the Constitution of 3 May and Mutual Pledge of the Commonwealth of the Two Nations.

Signed on May 3, 1791, the Constitution is considered by the two countries to be the first written constitution in Europe. 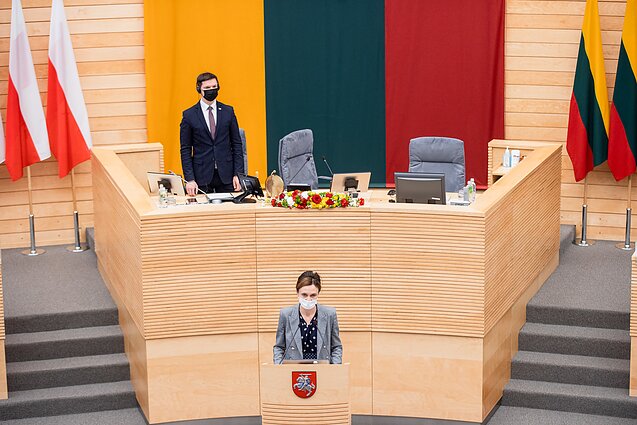 Lithuanian parliament speaker: 'it's a fact worth being proud of’

The attitude that we cannot renounce our common heritage is increasingly gaining acceptance in Lithuania, Speaker of the Lithuanian Seimas Viktorija Čmilytė-Nielsen said on Monday.

"It's a fact worth being proud of. At the time, we were pioneers of the constitutional processes," she said.

In her address, Čmilytė-Nielsen added that there is no universal agreement in Lithuania on the constitution. 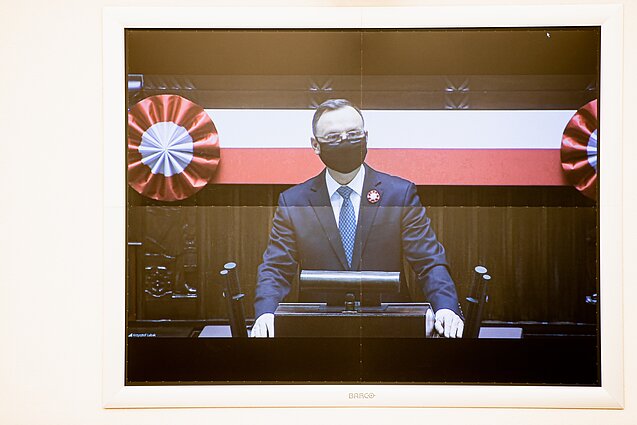 "There are voices saying that the document does not mention the name of Lithuania and that it marked the start of cracks in Lithuania's sovereignty,” she said.

“But there's an increasingly prevailing attitude that we cannot renounce the common historical and cultural heritage of the Lithuanian–Polish Commonwealth we are legally entitled to, and the May 3 Constitution is an inseparable part of it.," the Seimas speaker said.

"The differences in attitudes did not prevent us, the Seimas, from adopting the resolution on the May 3 Constitution a decade ago,” she said. “And they are not preventing us today from solemnly commemorating the 230th anniversary of this historical fact.”

“We have to see the future prospects and the possibilities for joint action," Čmilytė-Nielsen added. 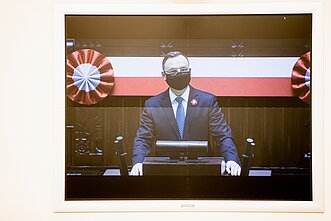 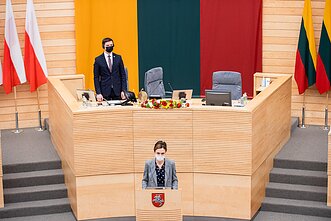 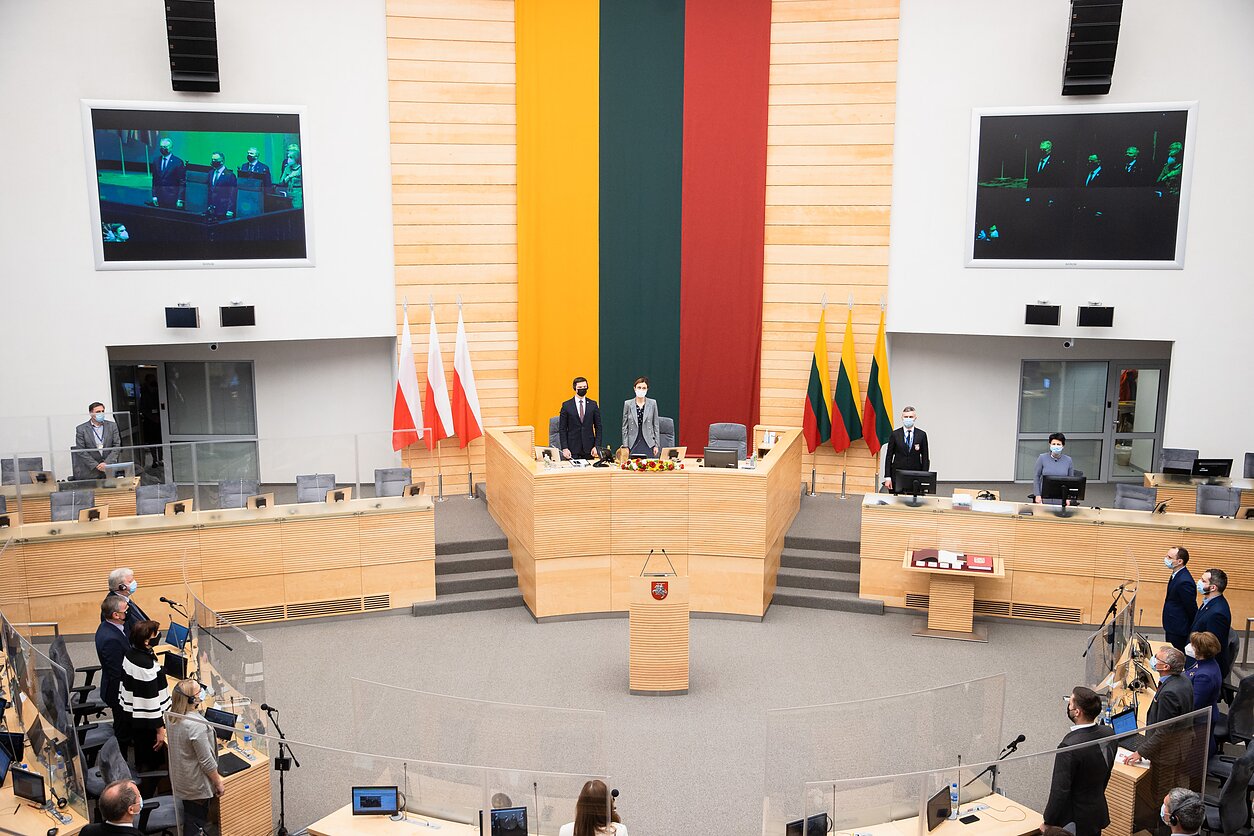 The joint sitting of the Polish and Lithuanian parliaments.
1 / 3J. Stacevičius/LRT 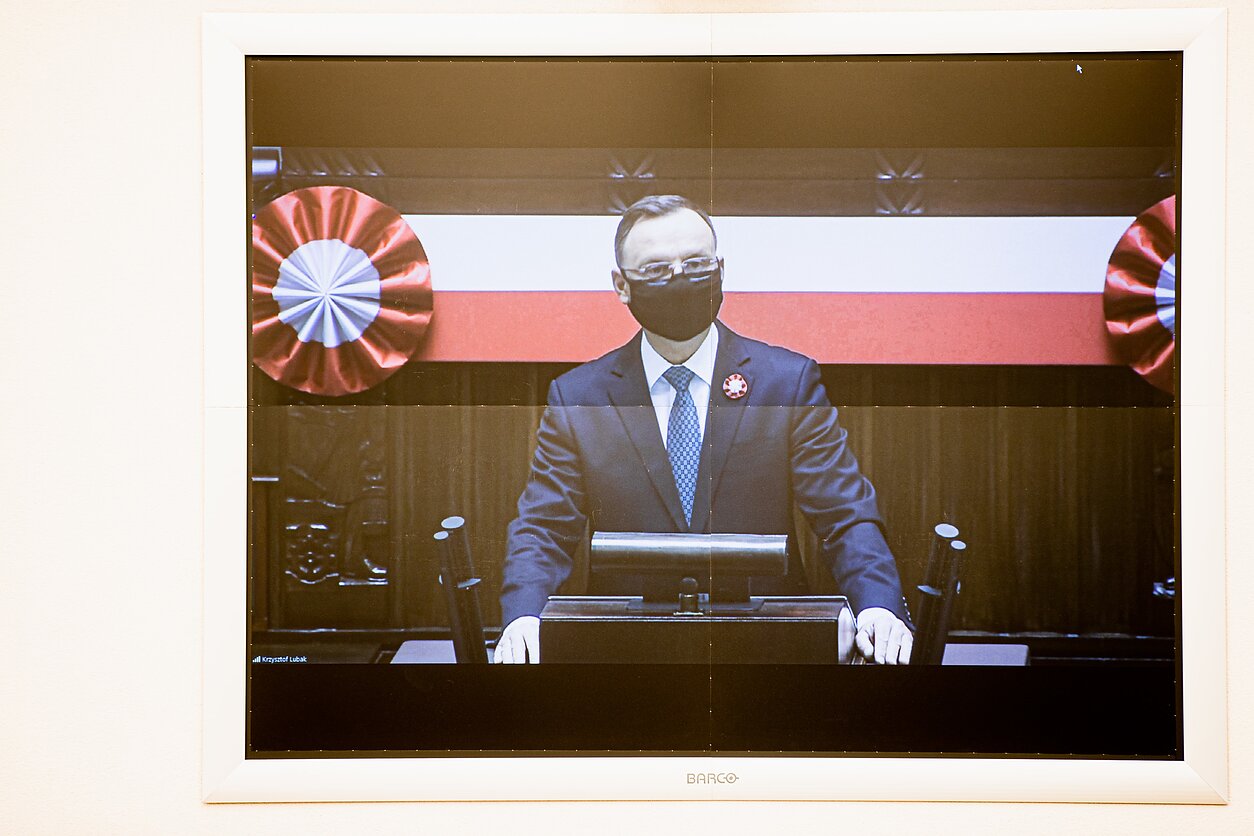 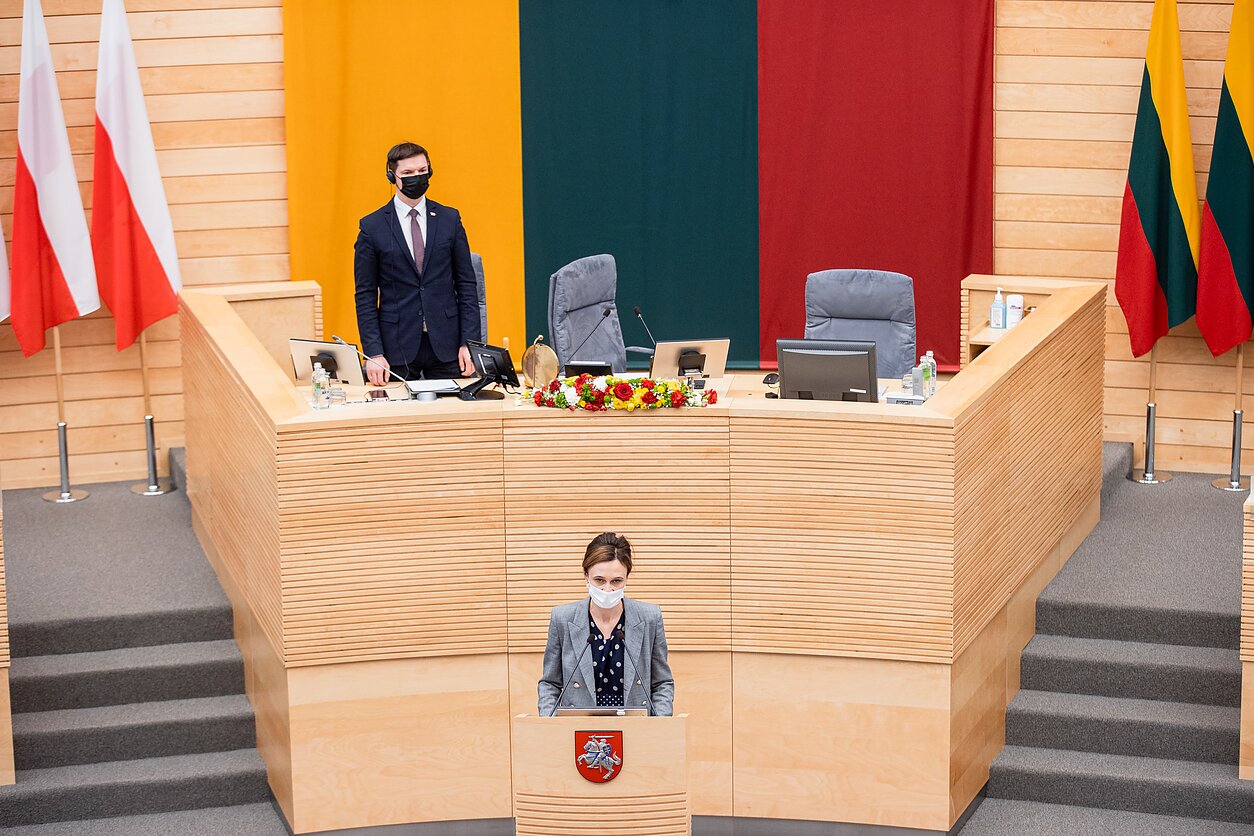