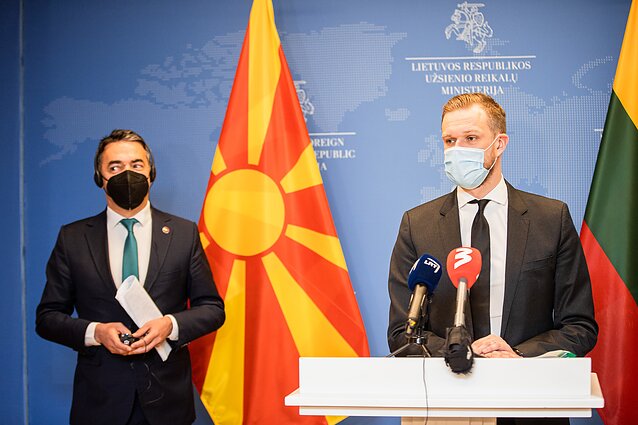 According to him, the Balkan state may find Lithuanian experience in “negotiating and talking with bigger countries” helpful.

“We had challenges with our bigger neighbour Poland. We resolved them. To tell the truth, we formed a strategic partnership out of that and it assisted us in joining the EU and NATO and also helps both countries be safer,” Landsbergis told reporters in Vilnius on Friday after meeting with visiting North Macedonian Deputy Prime Minister for European Integration Nikola Dimitrov.

“We recognise the problems North Macedonia is facing,” he said.

Hopes for agreement with Bulgaria

“Bulgaria doesn't support this stage of the accession framework with the Republic of North Macedonia and the holding of a first intergovernmental conference. The plan does not take into account Bulgarian demands and cannot be adopted,” the country said then.

Bulgaria also objected to a reference in the document to the Macedonian language. Sofia demands that it be recognised as a regional variant of the Bulgarian language. 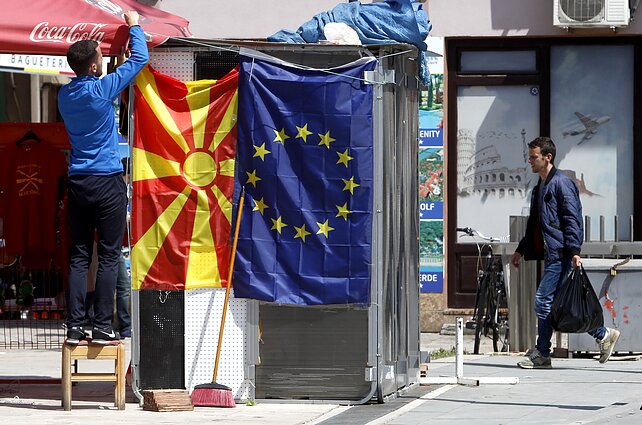 On Friday, Landsbergis voiced Lithuania's strong support for “the confirmation as soon as possible of the EU negotiation programme with North Macedonia”. He also said an inter-governmental conference with North Macedonia would hopefully be held “as early as this half of the year”.

“I told the vice premier that if there's a possibility to offer practical assistance, I will turn to my Baltic counterparts [...] to help, assist, voice support or look for mediation or any other diplomatic solutions,” the Lithuanian foreign minister said.

“I believe North Macedonia has proven that it's a country capable of understanding strategic challenges and looking for compromises, which is reflected by the resolution of the country name issue. It took time, but was eventually resolved,” he added.

Dimitrov told journalists he appreciated Bulgaria's contribution to pursuing a European future for the Balkans. 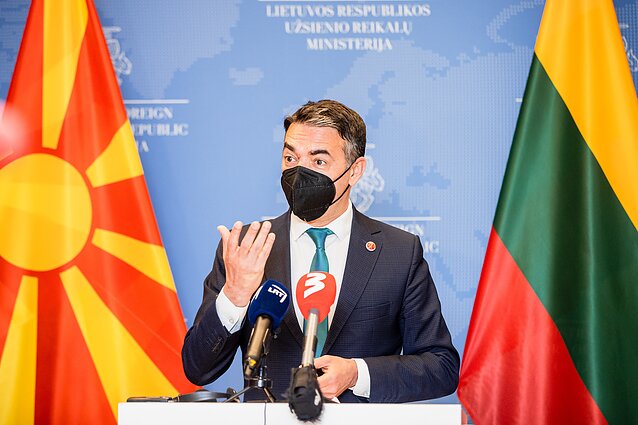 “If you are able to see the future in the long term and think about it strategically, we should be able not to allow our regrettable differences to be an obstacle. It is the European way to learn to live with your differences and resolve them in a strategic and friendly way,” the North Macedonian vice premier said.

“Some of the issues are not quite in line with the European values. We are keen to join the EU because we also see the EU as a community of values. If the EU is a family, where linguistic diversity is praised and cherished, we should not have a challenge in terms of our language on our way to Europe.”

North Macedonia was one of the first West Balkan countries to start the EU-NATO integration process. But only after its name dispute with Greece was resolved, did faster Euro-Atlantic integration possibilities open up for the country. 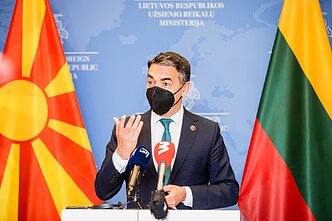 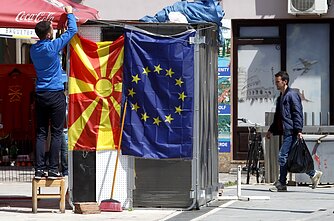