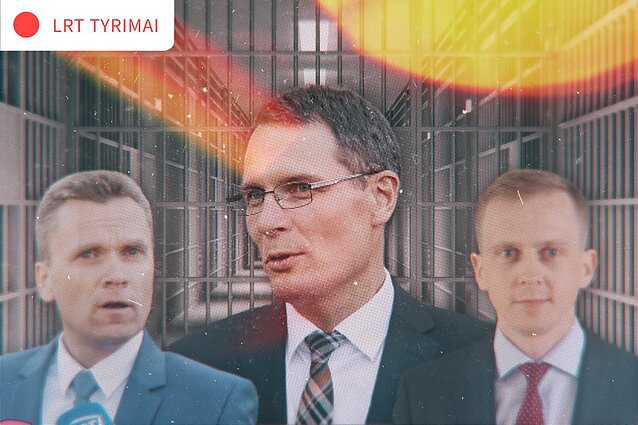 A state-owned company manufacturing goods by employing prison labour stands at the centre of a complicated alleged corruption scheme, linking to a former justice minister as well as senior officials in the country's prison system. LRT Investigation Team reports.

Suspicions were then brought against the company’s director, Vytautas Grinius.

LRT Investigation Team has discovered proof of involvement from the current management board of the Prison Department, as well as Elvinas Jankevičius, who served as the country’s justice minister until December 11, 2020.

Mūsų Amatai director Vytautas Grinius may have been favoured by officials of the Prison Department and the former justice minister, helping him win the position at the beginning of 2020.

Vytautas Grinius has been accused of asset misappropriation, as well as stalling the restructuring of the company. The exact value of the misappropriated assets remains unknown. 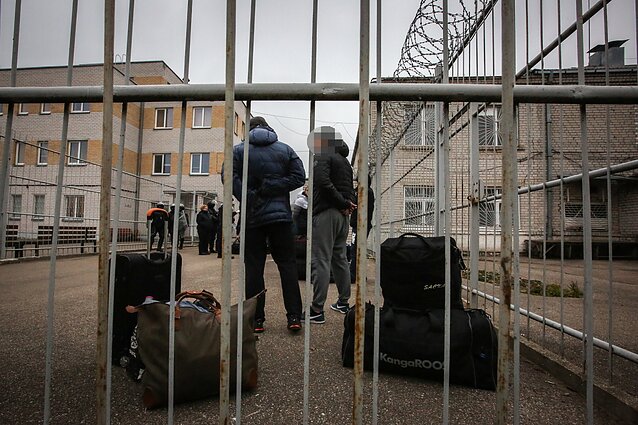 In 2018, Šarmavičius himself had secured the position of deputy director under Minister Jankevičius‘ decision, skipping the usual competition process, while Kulikauskas became the Department's director in 2019.

Two more candidates participated in the competition to head Mūsų Amatai in 2020. Šarmavičius was the head of the selection committee. Minutes from its meetings indicate that the deputy director preferred Vytautas Grinius.

Grinius won the second round due to votes from Prison Department officers. Compared to the first round, he was rated higher by committee members Arnoldas Masalskis, head of the planning, asset and project management unit, and Dalia Narbutienė, head of the centralised public procurement unit.

Committee members refused to comment on their votes, yet denied being pressured by Šarmavičius to favour Grinius during the selection process. 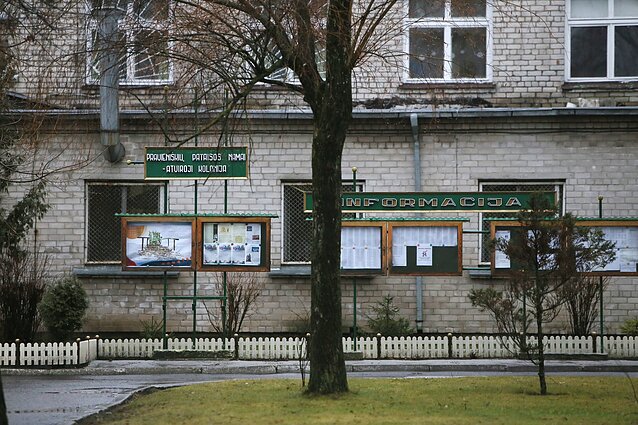 Prior to winning the position, Grinius‘ most recent employment had been at Vilnius Municipality, where he worked from 2001 to 2015.

From May 2010 to April 2011, Grinius was an immediate supervisor of Elvinas Jankevičius, having promoted him from head of unit to deputy director of asset management and business services department.

No information was found regarding Grinius‘ work activity from 2015 until his appointment as Mūsų Amatai director in 2020.

The other two participants of the tender both had better qualifications and more experience in managerial roles. However, the head of the selection committee, Vainius Šarmavičius, denied being asked to rig the selection process in favour of Grinius, whom he claims to have never met.

In 2013, media reported that Grinius had been arrested for domestic abuse, and had been a subject of a pre-trial investigation for abuse and resisting law enforcement. Director General Virginijus Kulikauskas admitted to having contacted the Special Investigation Service for clarification, and receiving no evidence that could prevent Grinius‘ candidacy. 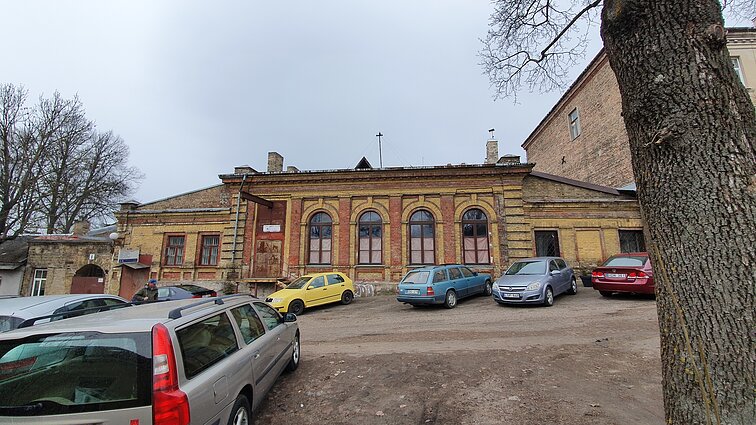 Collected evidence revealed Grinius‘ involvement in asset misappropriation schemes. The director had signed agreements on scrap metal disposal from state-owned property with the shareholder and director of the companies Orenga and Gludis without holding any public tender.

While nearly all of the scrap metal from the Pravieniškės prison was collected, Marijampolė and Alytus correctional facilities refused to carry out the agreement due to scrap not being weighed upon pickup.

In order to gain additional revenue, Grinius also signed a lease agreement on a property in Vilnius, Lapų Street, with the same director of Orenga company. The public tender for the lease, however, was reworked in favour of Orenga, and Mūsų Amatai undertook to cover the rent and expenses, saying that Orenga had not been informed about cut electricity and plumbing issues at the property. 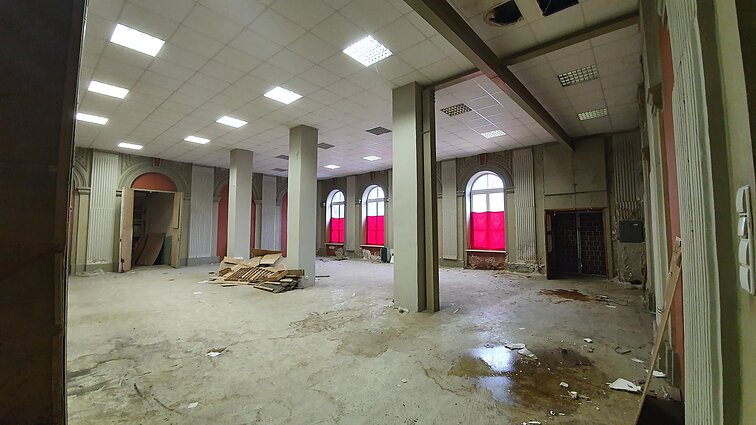 In November last year, Grinius also planned on renting premises in Konstitucijos Avenue, Vilnius, belonging to the real estate development company IREC K15. Under a 5-year agreement, the Prison Department was to cover the debts in case Mūsų Amatai were insolvent. The agreement, however, was not signed.

The total damages done to Mūsų Amatai are yet to be estimated. Company already has to pay around 1 million euros to its creditors.

Arūnas Gedeikis, the administrator overseeing Mūsų Amatai restructuring, admits that Grinius also failed to fix issues with financial documentation, which is why the company is facing bankruptcy. 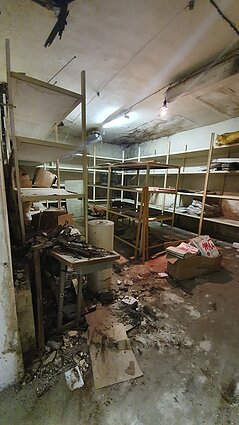 The Prison Department was also involved in scandals surrounding the use of funds allocated from the state budget.

Pravieniškės prison terminated a contract with the company KT Modules, responsible for assembling modular constructions at the facility.

The contract was worth 3.4 million euros and stated that the whole sum should be paid in advance.

Decision that companies contracted by the Prison Department would be fully paid for their services in advance was made by the Ministry of Justice, then led by Elvinas Jankevičius. The minister also initiated the installation of modular constructions in penal institutions.

The end of Jankevičius‘ term as the minister coincided with the end of public tenders for added modular premises in Marijampolė and Pravieniškės correctional facilities.

LRT Investigation Team found that KT Modules was only founded in 2019, with an authorised capital of only 2500 euros. The company had started hiring only in late 2020, and began assembling modular constructions only in June 2020. The company had never won any public tenders.

In October 2020, KT Modules requested changing the bank specified in the contract. The company received the guarantee agreement from the specialised Mano bankas, a credit union with an annual turnover lower than the sum laid out in the agreement.

Šarmavičius remarked that, according to regulations, penal institutions had to complete all financial transactions with contractors before the end of 2020, which is why there was an urge to settle the agreement.

Dainius Sušinskas said he was not informed about potential risks of working with KT Modules.

The company had simultaneously won the tender for modular constructions in Marijampolė correctional facility. Despite risk warnings, it still signed the contract with KT Modules on December 15, 2020. The contract was worth around 300,000 euros.

The Prison Department did not pay KT Modules the designated 3.4 million euros due to the company's failure to provide the necessary documents, and later unilaterally terminated the contract. KT Modules filed a lawsuit to appeal the contract termination. 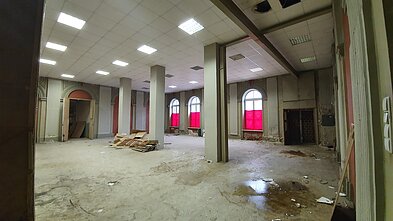 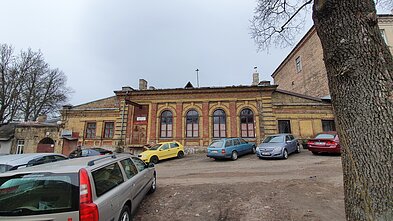 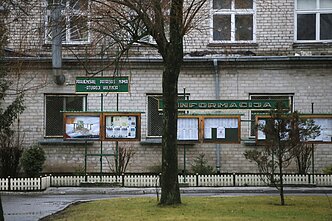 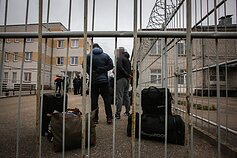 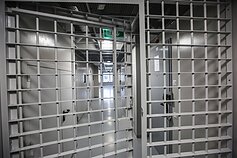 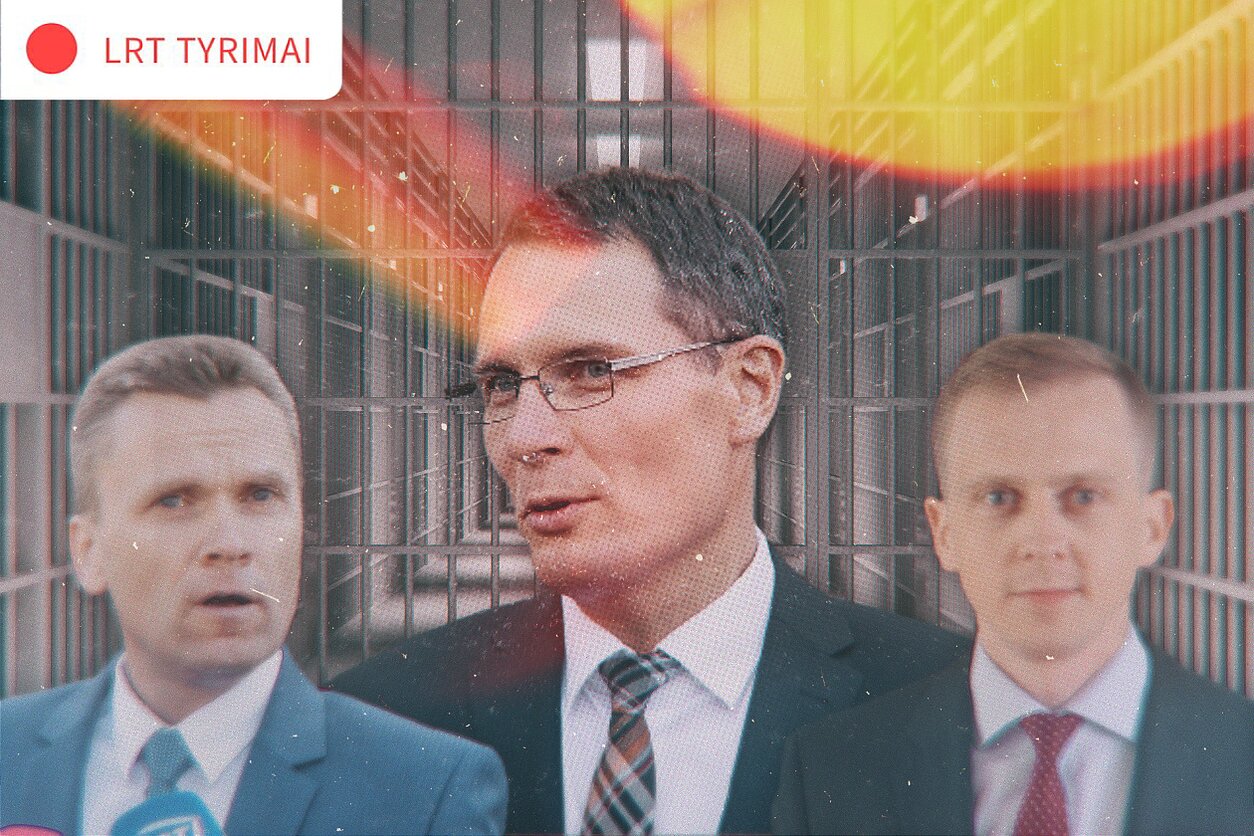 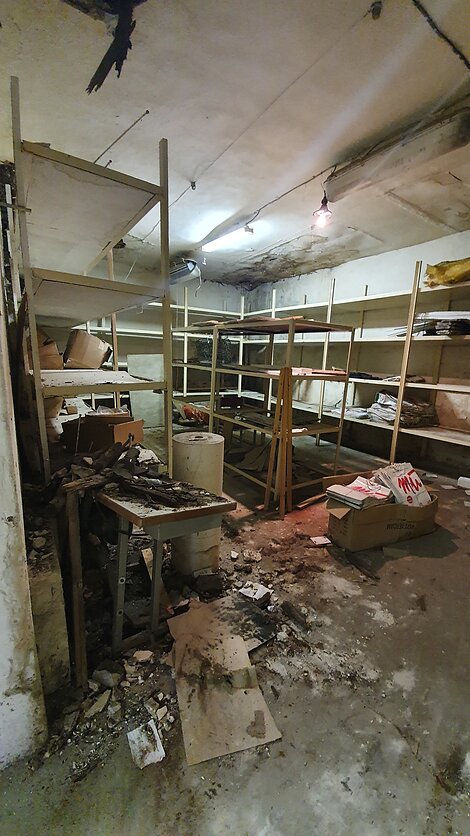 The building on Lapų Street in Vilnius.
2 / 7LRT Investigation Team 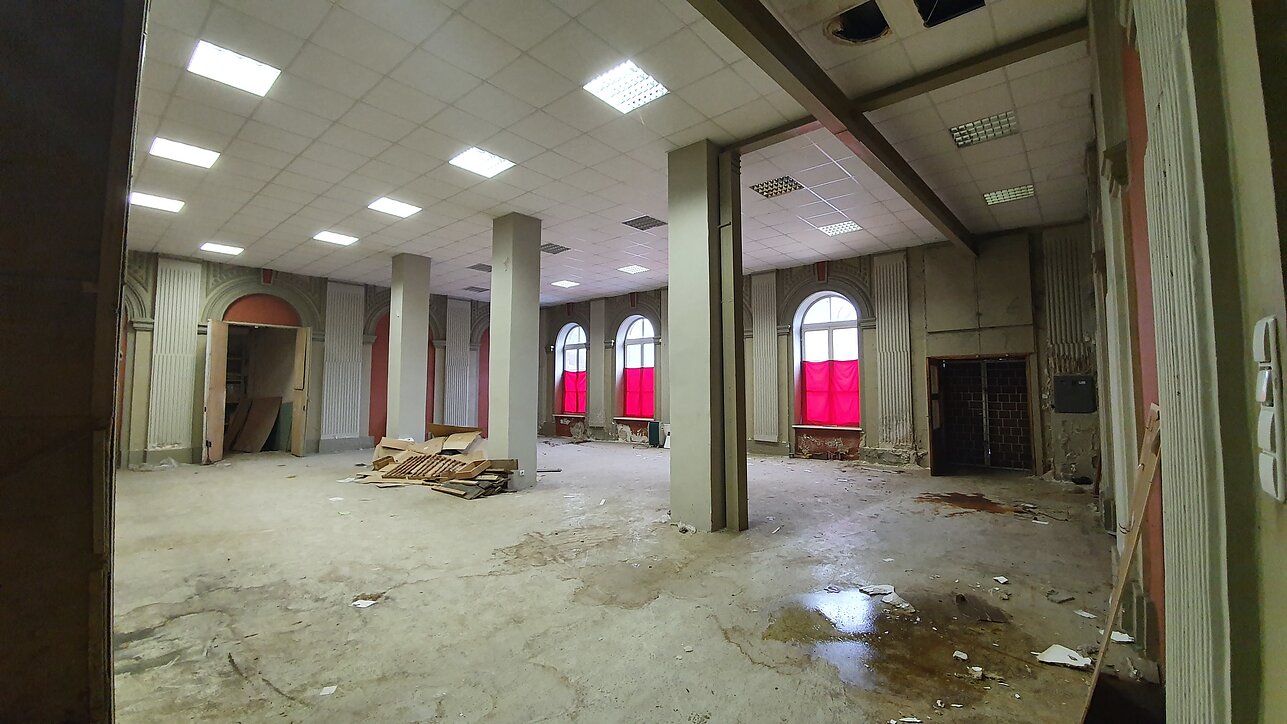 The building on Lapų Street in Vilnius.
3 / 7LRT Investigation Team 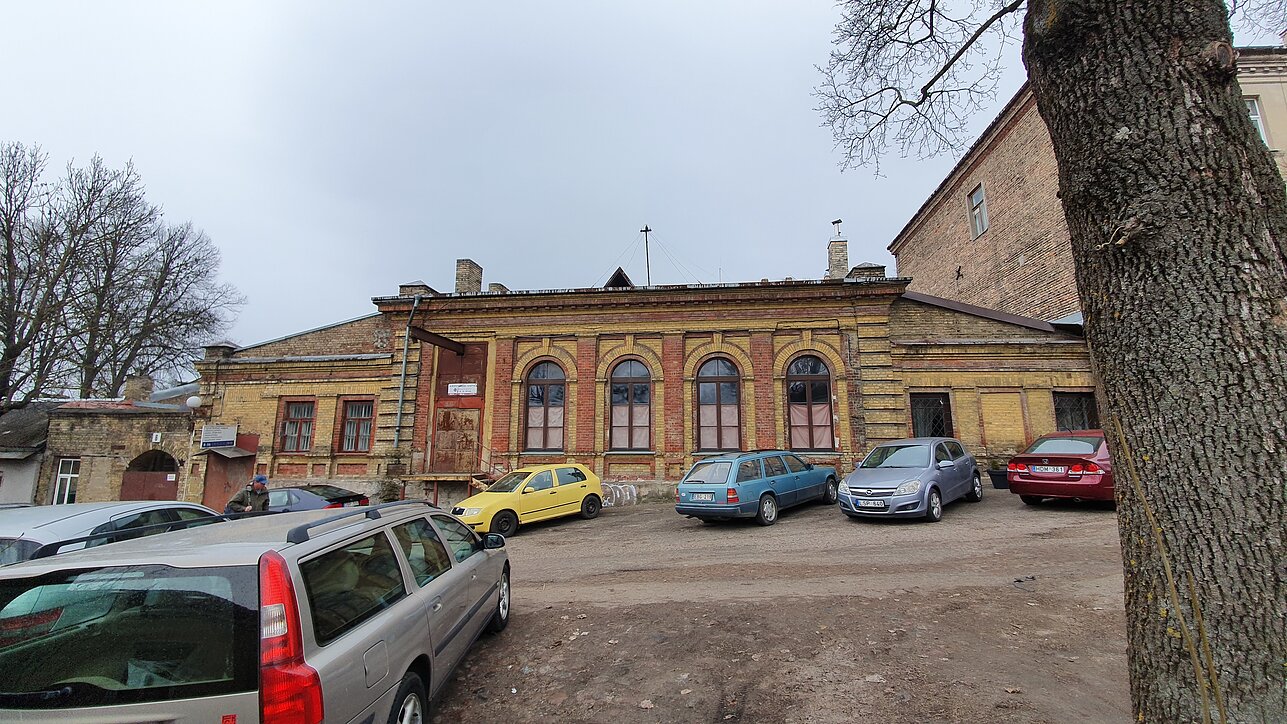 The building on Lapų Street in Vilnius.
4 / 7LRT Investigation Team 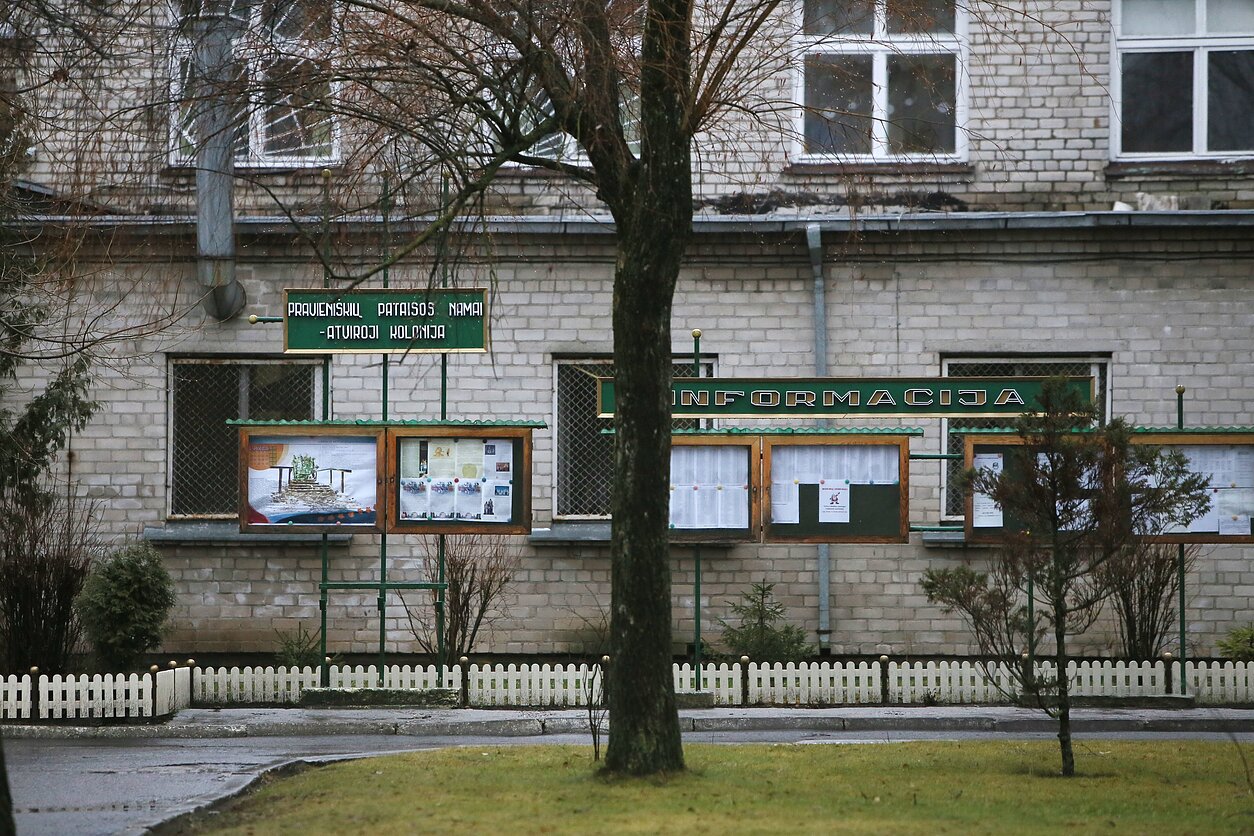 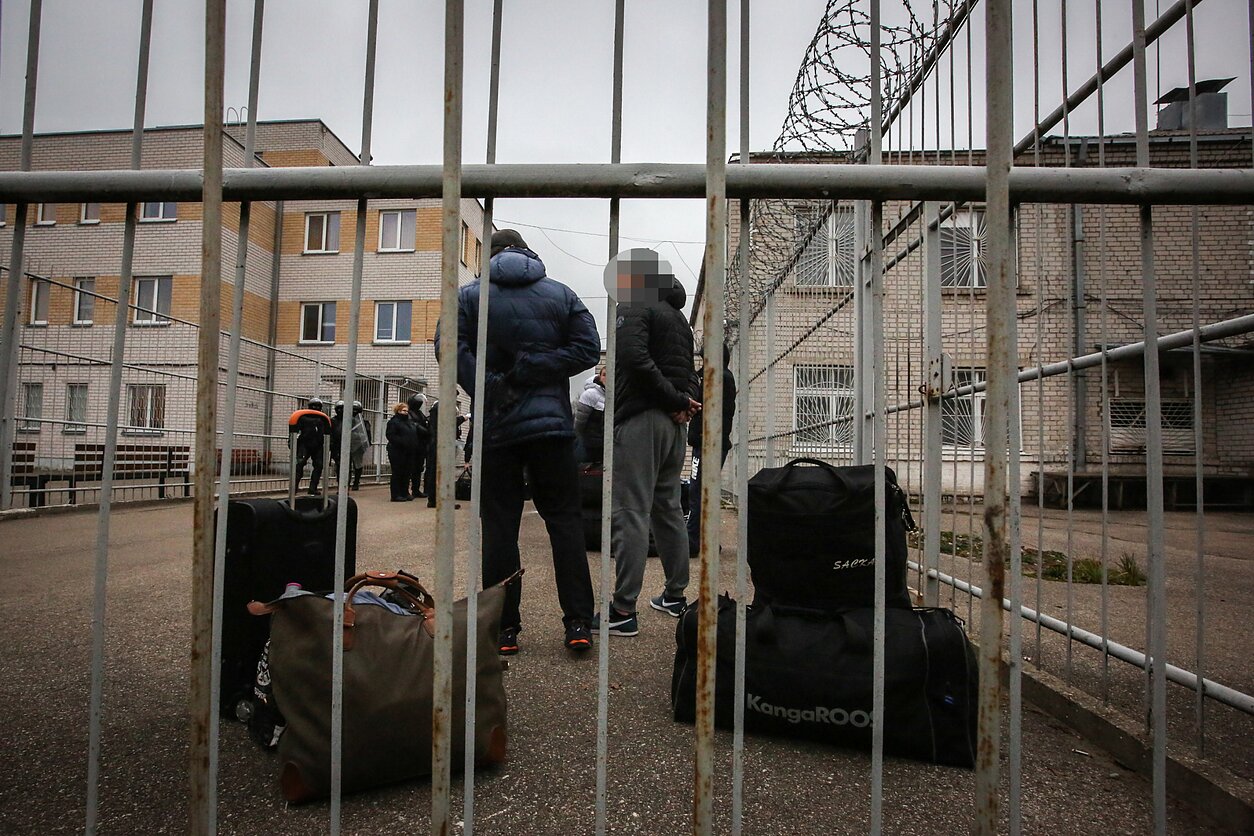 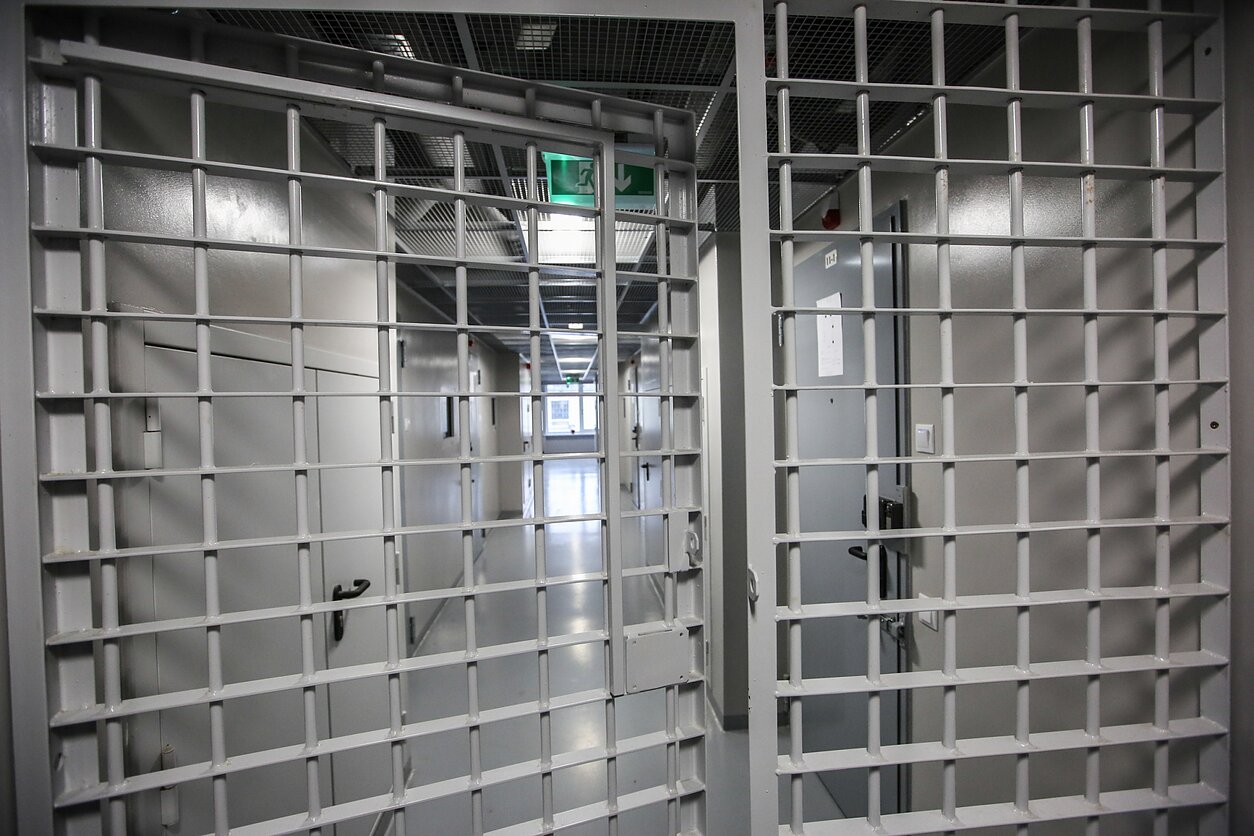