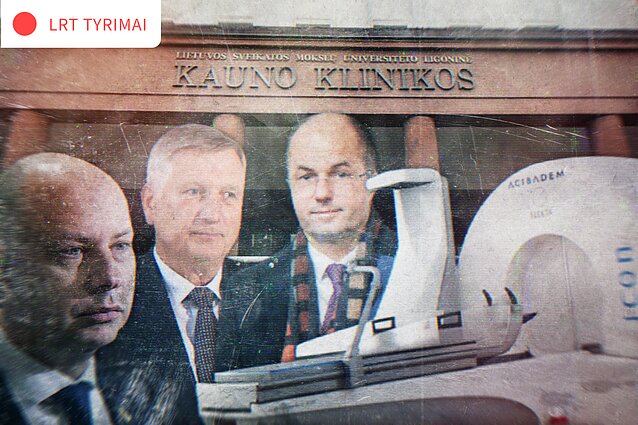 The budget of the Lithuanian University of Health Sciences (LSMU) in Kaunas, the country’s second largest city, almost equals the yearly income of the city itself. The small group of people managing the hospital wield unprecedented power through its ties with the government. LRT Investigation Team reports.

The economic stimulus plan initiated by the previous Lithuanian government allocated €40 million to the healthcare sector. According to the Future DNA plan, the LSMU and its hospitals were supposed to receive tens of millions in funding for several projects.

Some of them were added to the economic stimulus plan only weeks before the government ended its term at the end of 2020.

The new government, elected last October, immediately canceled the Future DNA plan and reassessed the projects. According to the new Deputy Minister of Health Danguolė Jankauskienė, only a few of them could qualify to receive the financing.

“Let’s say, the other projects were probably [put together] just to receive the funding,” Jankauskienė said. The LSMU is planning to continue with its plans anyway. 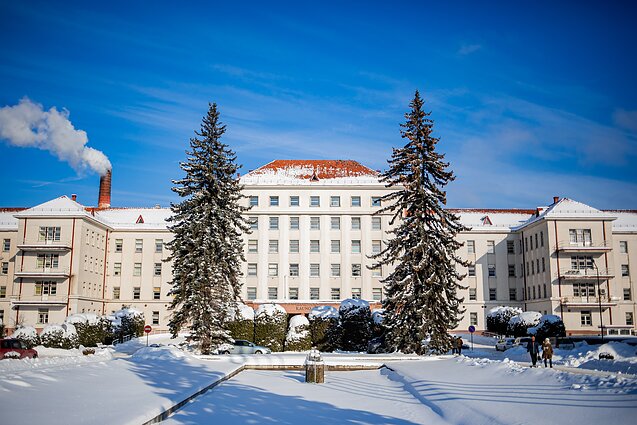 The joint LSMU Kaunas Hospital started operating last September, at a time when its former employee, Aurelijus Veryga, was the health minister.

According to Veryga, the merging model applied in Kaunas should be implemented in other cities as well.

“Kaunas was the only city where we managed to reach an agreement between the municipality, university, hospital managers,” he said.

However, the current deputy health minister notes that by merging all healthcare institutions and transferring the control to universities, healthcare gets more expensive.

“We see more attempts to use such a strategy in Vilnius, but in my opinion, it’s a flawed way,” Jankauskienė said.

According to the latest LSMU yearly report, the university's revenue, together with additional funding for education, exceeded €70 million in 2019, while the medical institutions subordinate to the LSMU generated additional €230 million – making LSMU income almost equal to Kaunas’ annual budget. 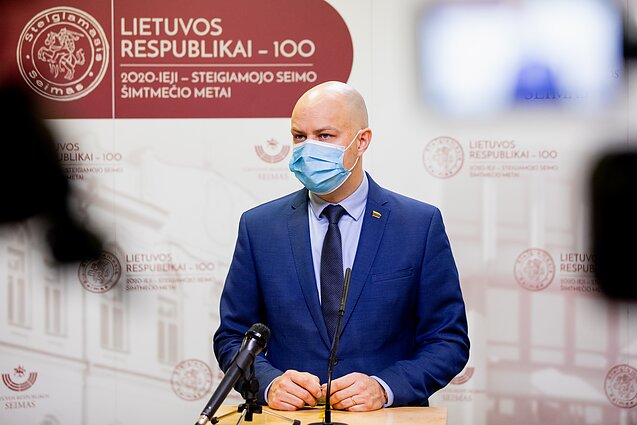 In 2017, he raised the fees the government pays to university hospitals and greenlit expensive medical equipment purchases for the LSMU without a tender.

In 2019, LRT Investigation Team received information about the government’s plans to purchase yet another, particularly expensive device for the LSMU, but the Chief Official Ethics Commission (VTEK) concluded that by signing decisions favourable to the LSMU, Veryga was putting himself in a conflict of interests.

To bypass the ruling, Labour Minister Linas Kukuraitis signed the deal instead. Later he signed another 13 decrees issued by Veryga in a period of just one year.

“Despite all the explanations that funding is not the property of some institution but is given to patients, despite my appeals against the VTEK decision at the court – to avoid more complaints, the government took a decision to remove me from these procedures and appoint another minister to sign related documents,” said Veryga.

“I have worked at the LSMU, I am proud of that and I really think these were some of the best years of my life, [...] but I am not a protege,” Veryga replied to unofficial allegations that he represented LSMU interests in the government. 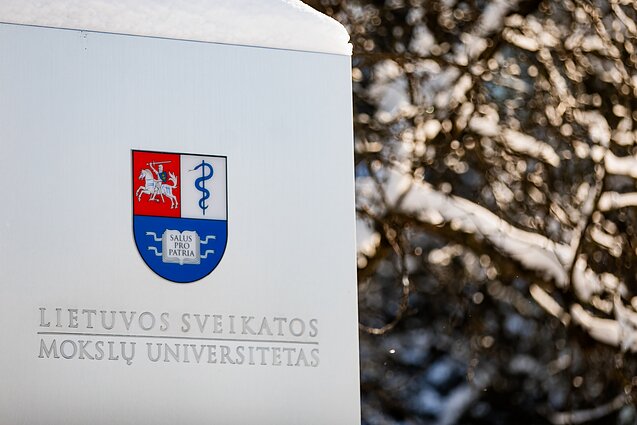 Strong ties with the government

The LSMU has a long history of close ties with politicians and government officials.

Veryga was not the only employee of the LSMU who went on to become the health minister. When Žilvinas Padaiga from the Labour Party, another LSMU representative, was health minister in 2004–2006, the merger of Kaunas healthcare institutions gained momentum and the most expensive medical equipment became available at the Kaunas Clinics.

This came despite a petition with 30,000 signatures in 2005 against the deal. The prime minister at the time, Algirdas Brazauskas, also spoke against the merger.

“I know politicians much better than anyone in the business world,” Remigijus Žaliūnas, a former head of the LSMU, claimed in 2019. “I am the oldest rector of Lithuanian universities, and I don’t need any intermediaries to communicate with them.”

He resigned last November after being in charge of the university for 20 years. He is currently the head of the LSMU Cardiology Clinic.

Žaliūnas' predecessor was Vilius Grabauskas who was in charge of the university from the early 1990s until 2002.

In the academia, he is nicknamed the ‘grey cardinal’ who can influence the government’s decisions in favour of the LSMU. Alongside Žaliūnas, he is also a member of the LSMU Council. 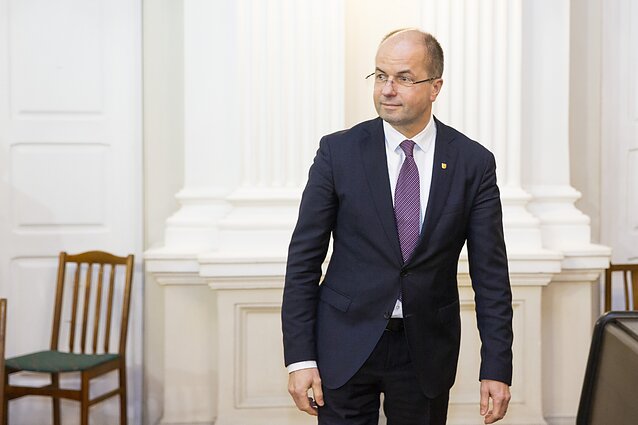 The LSMU has also accumulated funds using various companies set up by its employees. Some of these companies work directly with the LSMU or its affiliated clinics, participate in its public procurements and use the university’s infrastructure.

Some of these companies, including Omina Bona Ltd and Oskaras Minkovskis Health Centre, are owned and managed by Žaliūnas, member of the LSMU council, Robertas Jocius, as well as the head of the LSMU Endocrinology Clinic, Rasa Verkauskienė.

In another case, employees of the LSMU Department of Extreme Medicine created a whole network of companies that includes the Crisis Research Centre that provides a variety of services to the healthcare sector.

Last spring, an institution subordinate to the Health Ministry paid more than a million euros to the Crisis Research Centre for a Covid-19 patient assistance training programme without disclosing any details about the deal.

Information available to the LRT Investigation Team indicates that the Crisis Research Centre's success might be down to its access to the LSMU equipment needed in the training.

In 2017, the LSMU together with its employee Liudas Šlepikas established yet another company, SynHet. In recent years, the company, which produces chemical products, has received nearly €700,000 from different EU investment programmes.

“The LSMU establishing companies is related to the commercialisation of its intellectual property, which is a global practice,” the LSMU said. 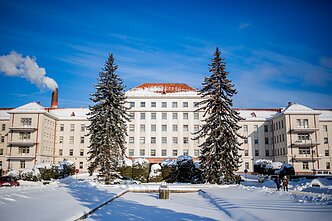 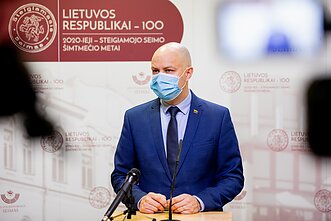 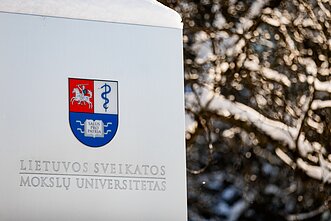 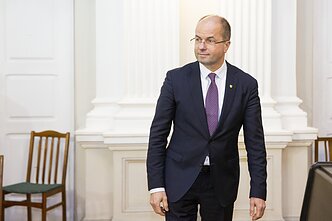