First of all, I would like to thank you for taking notice of the letter from association Movement against the Astravyets NPP and entrusting the Energy Commissioner K Simson to respond to it.

I have no doubt about your reassurance that the European Commission's position is in line with the resolution adopted by the European Parliament on February 21, 2021 on the Astravyets NPP in Belarus. Unfortunately, the letter from Energy Commissioner Simson raises some doubts.

Respecting Mrs Simson's competence, it is to be regretted that she was misled.

In particular concerning is Mrs Simson's call for Lithuania to ratify without delay the additional protocols to the Vienna Convention. The Vienna Convention was constructed in 1963 and is intended to facilitate the development of nuclear energy by reducing the liability of the developer of a nuclear power plant. 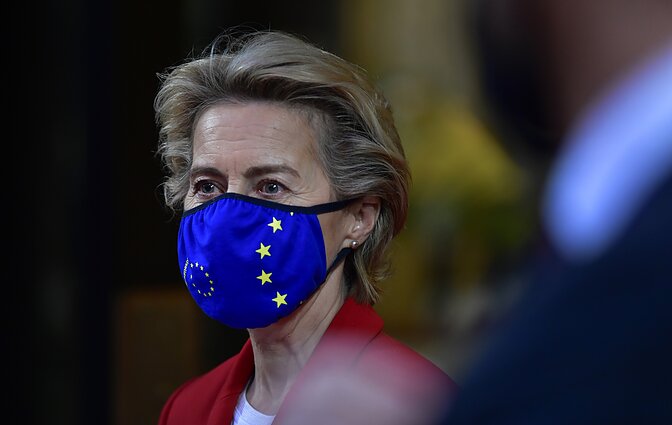 At that time, the Chernobyl disaster, which had caused enormous damage, had not yet taken place.

Despite the measures taken to improve nuclear safety following that accident, including the protocols to the Vienna Convention, a nuclear accident occurred in Fukushima. We have clearly seen that nuclear energy is dangerous, the Vienna Convention is outdated and not in line with the Green Course chosen by Europe.

The Vienna Convention stipulates that compensation trial for damage caused by a nuclear accident can only be held by the court of the country where the accident occurred. Is it acceptable that citizens of the European Union can submit claims for the damage to health, property and the environment only to the courts of the Lukashenko regime in Belarus?

Commissioner Simson's letter erroneously states that there is no trade in electricity produced at the Astravyets nuclear power plant on the European Union market, and thus in the Baltic states. Unfortunately, such a statement contradicts the obvious reality, what is clearly named by the Lithuanian Minister of Energy D Kreivys and competent official bodies.

It is also allegedly claimed, that Lithuania, Latvia, and Estonia, mediated by the European Commission have reached a joint decision as regards electricity trade with Belarus. However, the Lithuanian government or the responsible state institutions have never approved or agreed with such a decision. In addition the letter proposes that the Baltic countries should negotiate commercial electricity transmission capacities, indirectly acknowledging that trade in electricity from Belarus is taking place.

Questionable looks Mrs Simson's statement that in 2025 the electricity system of the Baltic states will be synchronised with the European grid. 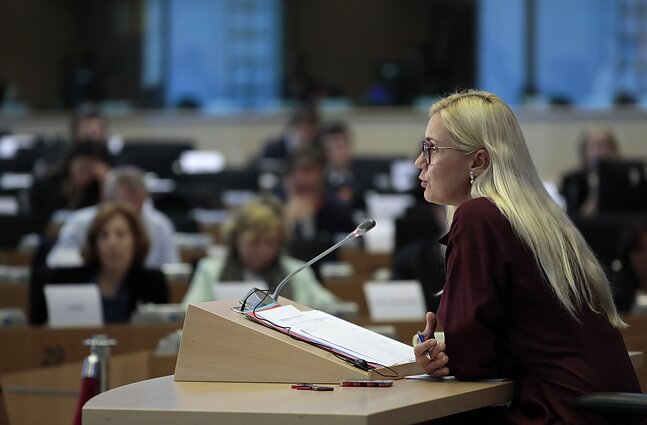 The Commissioner doesn't mention that a second Belarus power plant unit is already being built and will be put into operation well before before 2025, and possibly two more units will be built. By calling not to block the Belarus nuclear power plant, doesn't the letter give an incentive for Belarus to continue violating international law, ignoring nuclear safety recommendations and not complying with stress test requirements?

The outcome of the synchronisation project depends on whether the Astravyets project is stopped. The Belarus nuclear power plant will become the dominant source of underpriced electricity for the Baltic wtates, becoming an ultimate political and technical obstacle to synchronisation.

Finally, the news of a hundred million euro loan from a consortium of leading German banks KFW IPEX Bank and Landesbank Hessen Thuringen Girozentrale to finance 300 MW of new power generation capacity in Belarus is a matter of great concern.

Prior to the switch-on of the Belarus nuclear power plant, it appeared that the necessary power reserves are not available, thus threatening the reliability and stability of the Belarus electricity system.

The project, whose main executor is SIEMENS Energy AB and which is insured by EKN's Swedish Export Credit Agency, will develop additional power reserves thus enabling the operation of the Astravyets nuclear power plant.

The construction of new generation capacity is a direct support to the Lukashenko regime and to the successful operation and further development of nuclear facilities in Astravyets.

Both the Astravyets nuclear power plant in Belarus and Nordstream 2 are geopolitical projects worth tens of billions of euros funded and implemented by Russia. They aim to create energy dependency and exert a corrupt influence on the European Union.

In the first place, these projects are directed against Eastern European countries. Both Russia and Belarus are subject to sanctions for human rights violations, as well as the annexation and occupation of Crimea.

It is difficult to justify the involvement of Germany or its companies in the projects of the Putin and Lukashenko regimes. In Eastern European countries, including Ukraine, the historical memory of the occupations and the sense of violated justice still remains.

Finally, let me congratulate you on the occasion of March 11 – restoration of the independence of the Lithuania. This is an important date in the history of the European struggle for freedom.

Let us not allow the occupation and oppression to reoccur in any form. 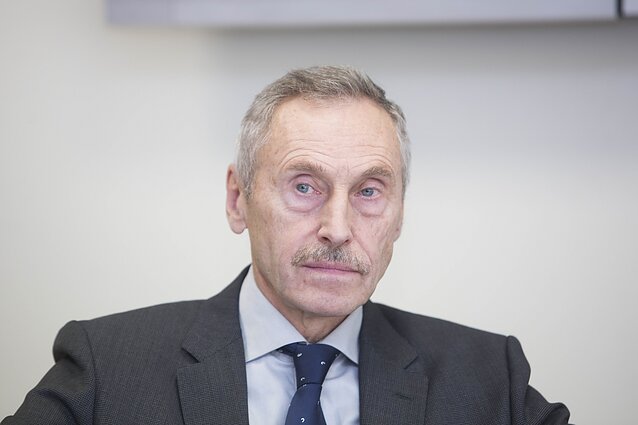 Arvydas Sekmokas
Former Minister of Energy of the Republic of Lithuania 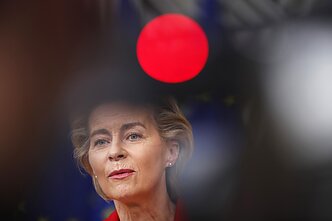 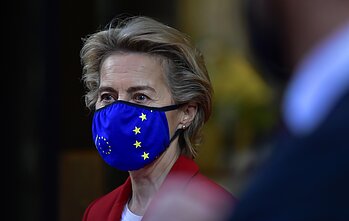 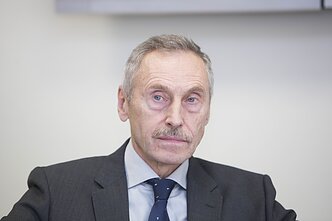 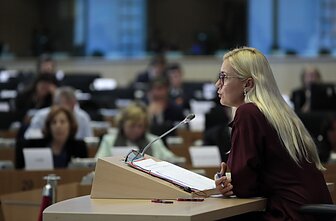 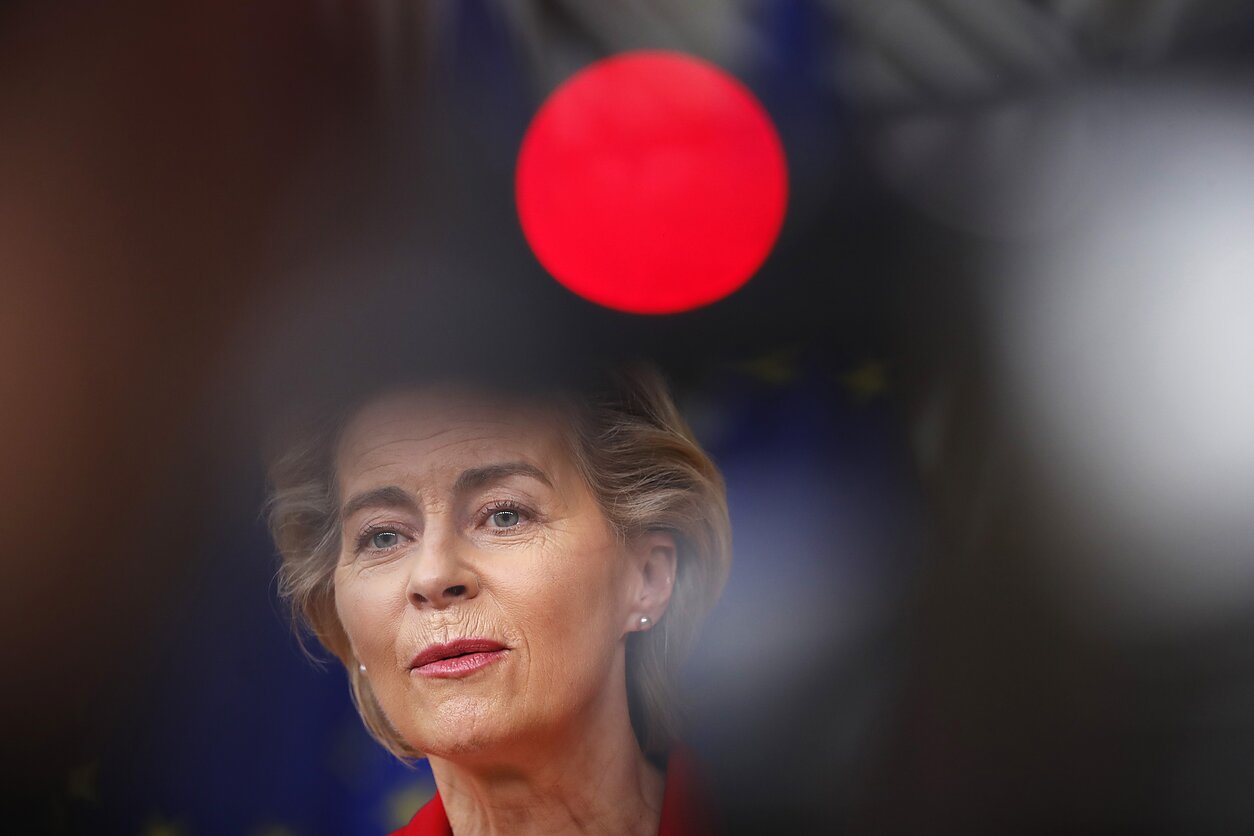 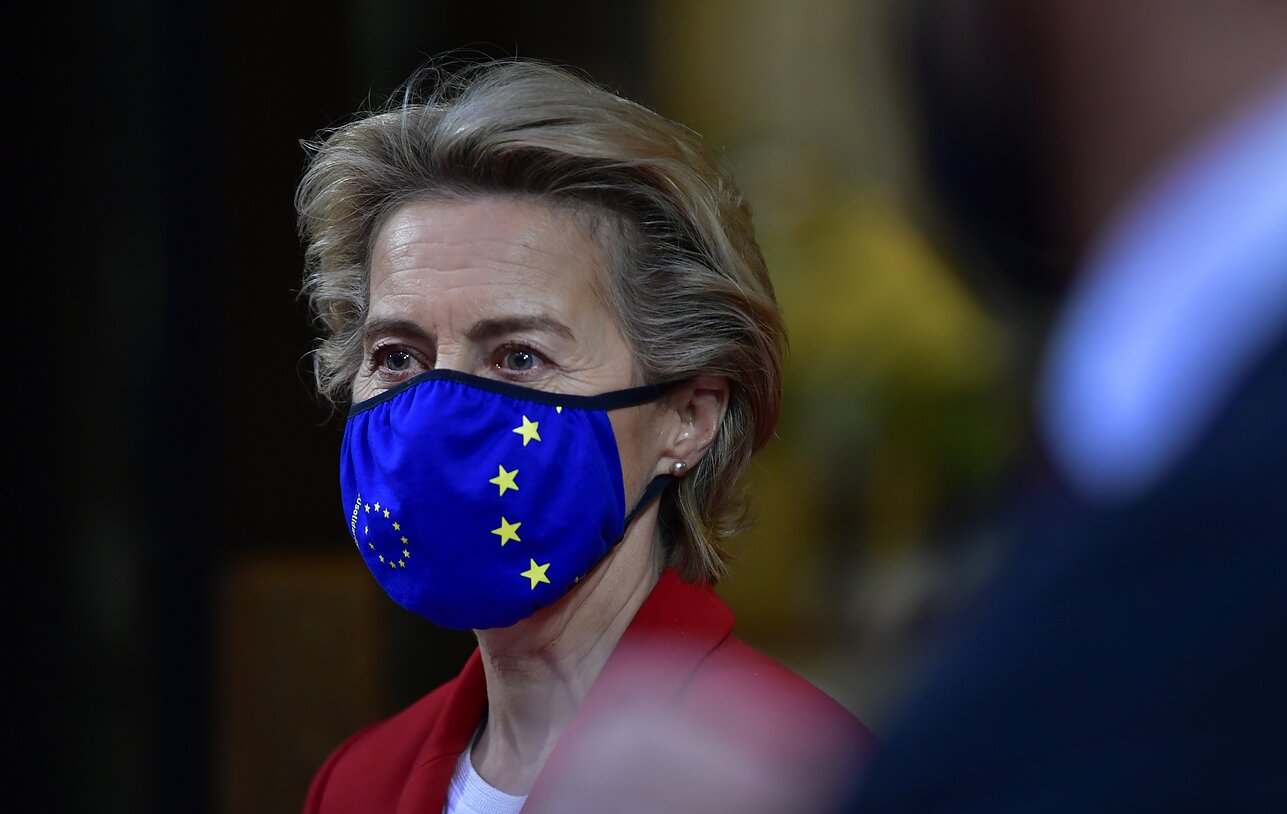 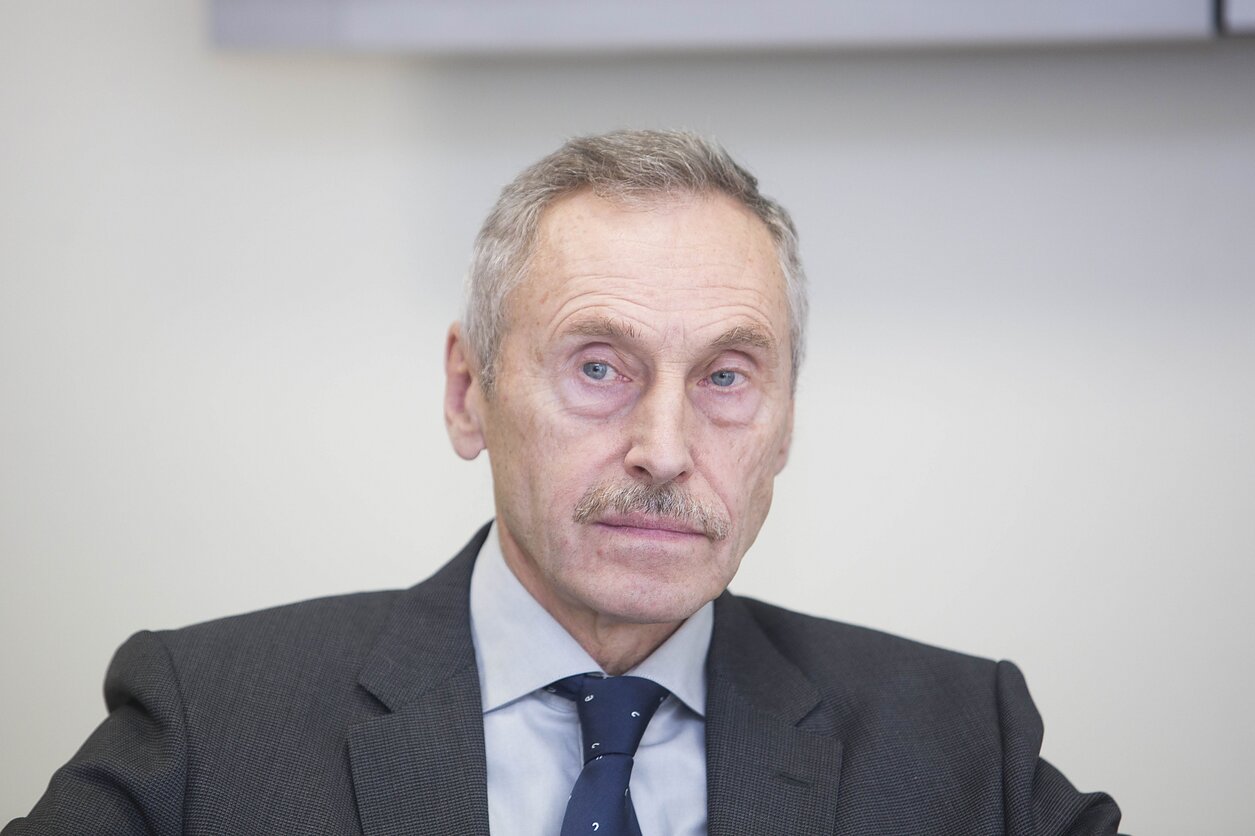 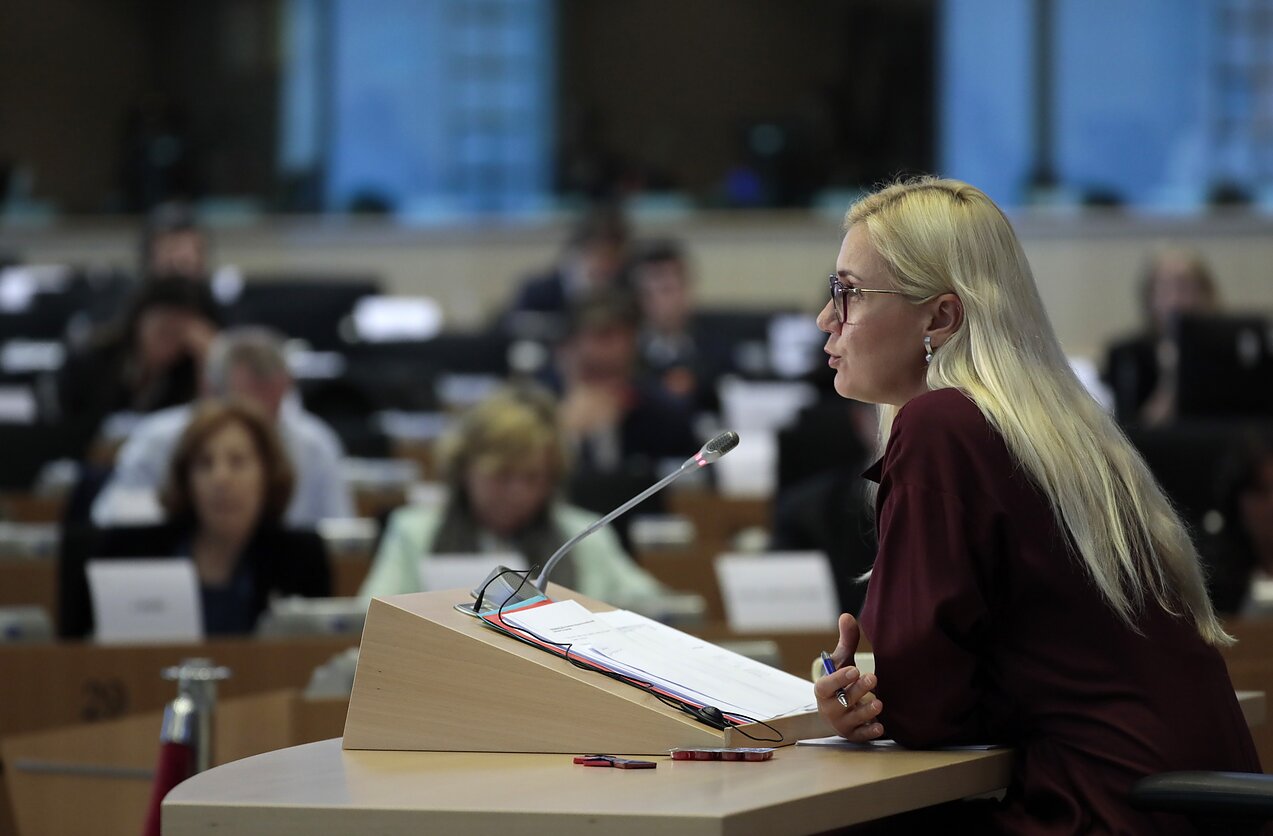