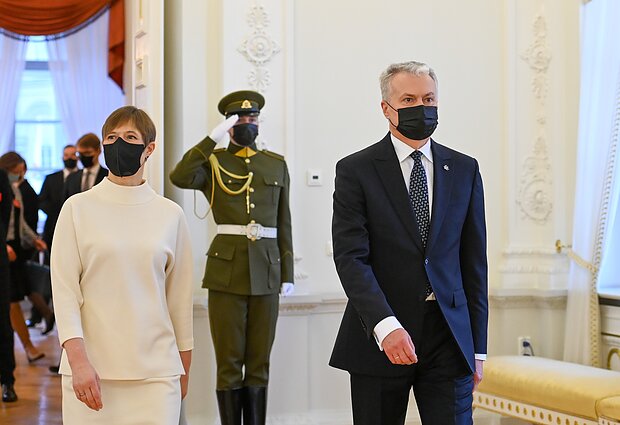 Estonian President Kersti Kaljulaid visited Vilnius on Wednesday, where she met with her Lithuanian counterpart Gitanas Nausėda. Among other things, they discussed vaccination efforts, with Kaljulaid saying Estonia would buy vaccines made in Russia and other non-EU countries.

The visit comes on the heels of the 100th anniversary since the two countries established de jure diplomatic relations.

Human rights in Belarus and Russia

Lithuania and Estonia are concerned about human rights violations in Russia and Belarus, as well as attempts to distort history, Lithuanian President Gitanas Nausėda said after a meeting with his Estonian counterpart Kersti Kaljulaid on Wednesday.

The human rights situation in Russia and Belarus “is in a deplorable state”, Nausėda said.

“And we are also concerned about the falsification of history, and also the completely disgraceful decision to prosecute our judges and prosecutors who want to restore justice in the January 13 case,” Nausėda said during the joint press conference in Vilnius. 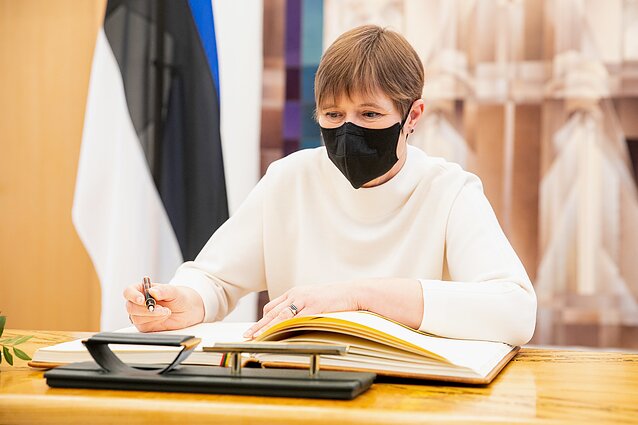 Kaljulaid said that she planned to meet with representatives of the European Humanities University, a Belarusian school-in-exile, during her time in Vilnius and discuss “ways to promote the rule of law”.

“Our tasks as free democratic states and nations is to help the people of Belarus preserve that hope and belief that every nation, including them, have the right to choose their path, whatever it is,” she said.

The two leaders also discussed the situation in Georgia. Kaljulaid said the situation “is very closely watched” in both Vilnius and Tallinn. In her words, joint ways should be found to help Eastern Partnership countries “to promote political dialogue”.

Not ruling out Russian vaccines

Estonia would buy third-country coronavirus vaccines, if they are approved by the European Medicines Agency, Estonian President Kaljulaid said.

“The Estonian government is convinced that vaccines from other countries, if they are registered, will definitely be used for the vaccination of the country's people,” she told reporters in Vilnius.

According to the Estonian president, the issue of buying the Russian-developed Sputnik V vaccine are leading to “a serious communication problem we now have in Europe”.

Currently, there aren't enough Russian vaccines, even if countries wanted to buy them, she said.

“There's no sea of Spuntik V vaccines that we don’t want to take. More Sputnik V vaccines are sold than produced, and we really don’t know how things related to those deliveries will be,” the Estonian leader said. 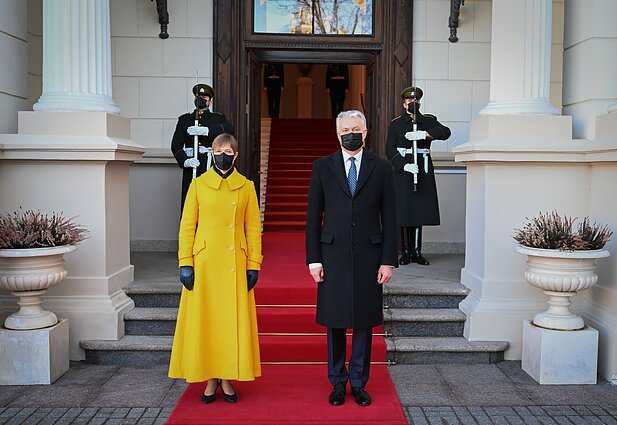 Meanwhile, Lithuanian leaders have already said the country will not buy the Russian vaccine, even if it is approved by the EMA. According to Foreign Minister Gabrielius Landsbergis, he considers the Russian vaccine to be a political instrument of the Kremlin.

Hungary is now the only EU member state using the Russian Sputnik V vaccine, and Austria and the Czech Republic are in the process of negotiation.

Lithuanian President Nausėda other vaccines would be approved for use in the EU first.

“We are speaking, first of all, about the Johnson & Johnson vaccine. We have a number of other producers in the pipeline and their approval is likely as early as the second quarter of this year,” Nausėda said.

Earlier this week, Health Ministry told BNS that AstraZeneca was cutting vaccine delivery volumes to Lithuania by around 26 percent for the four coming months, therefore vaccination plans would be reviewed.

Lithuania is now using the EMA-approved vaccines from Pfizer/BioNTech, Moderna and AstraZeneca.

President Nausėda said he hoped the Baltic states would find a way to block electricity from the Astravyets nuclear power plant from their markets. 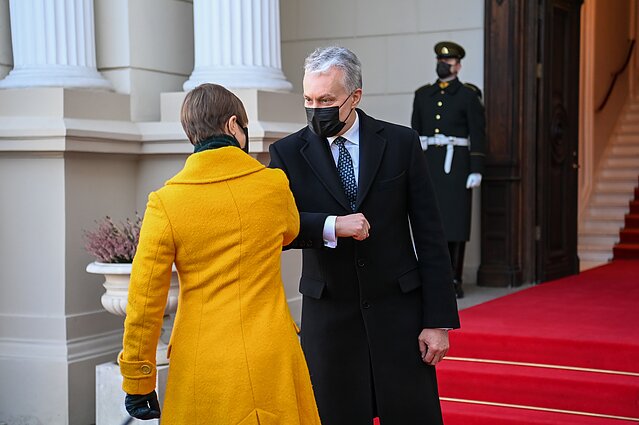 “We focused a lot during our meeting on blocking electricity from the unsafe power plant in Belarus. Because today we really need effective and realistic measures for that electricity not to enter our market and that of continental Europe,” according to Nausėda.

Commenting on the new draft methodology on trilateral power trade, presented to a government commission on Tuesday and soon to be proposed to Latvia and Estonia, the Lithuanian president said that common agreement of the three countries was needed.

“Methodologies work only if there's common agreements of all states. Otherwise, they don’t work. Therefore, we need to agree on this issue with our partners,” Nausėda said.

The Estonian president repeated several times that her country did not buy electricity from Russia directly, even though Russian energy did reach Estonia's market.

“Indeed, a certain part of energy we use originates from Russia. What that part is we cannot evaluate,” she said.

According to the Estonian president, it is important to tax electricity from third countries where it is produced in polluting power plants that have a competitive advantage, compared to EU producers.

“We are working so that the European Union could as soon as possible tax cross-border power trade since Europe has reduced its own power production due to high CO2 prices and now we don't see greener energy to be coming in instead,” the Estonian president said.

She hopes the Baltic states will successfully transition to greener energy. Kaljulaid also added that the problem of electricity imports from third countries would be resolved once the Baltic states synchronized their power grids with those of continental Europe.

Lithuanian Energy Minister Dainius Kreivys said on Tuesday taht there should be an agreement with Latvia and Estonia on blocking power from the Astravyets nuclear power plant by the end of June. 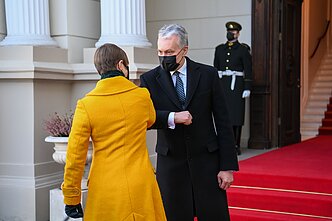 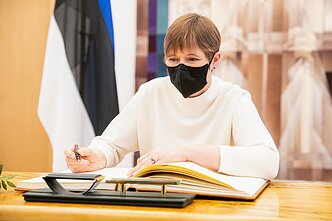 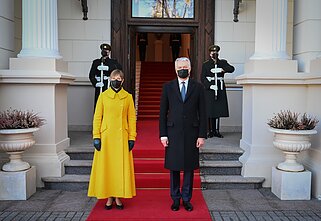 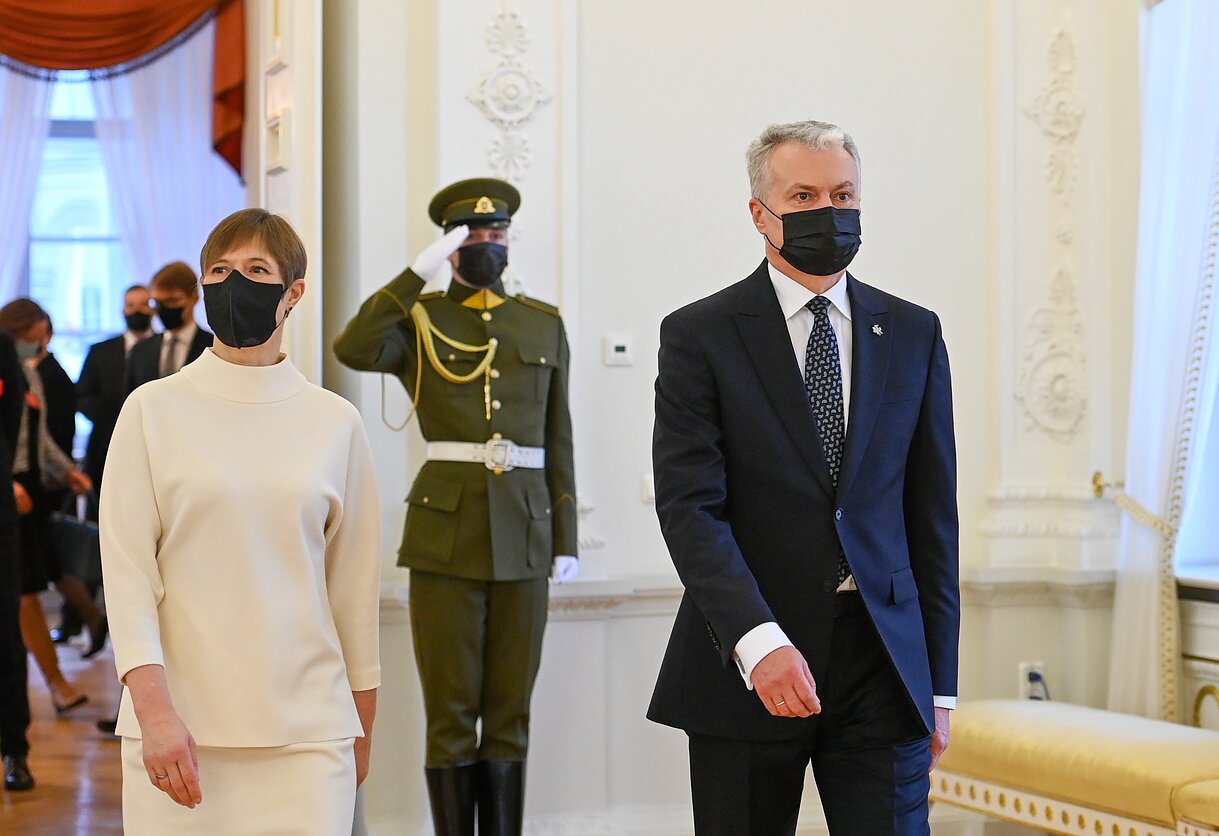 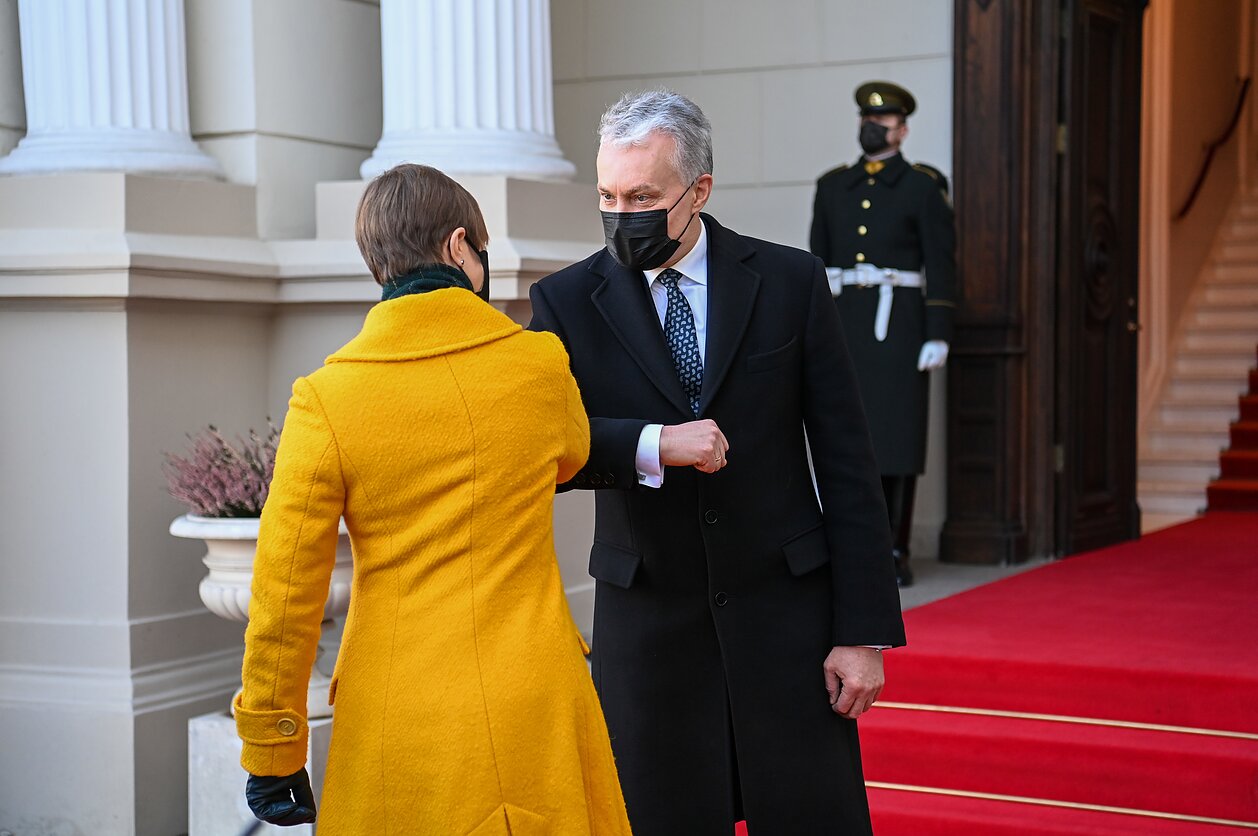 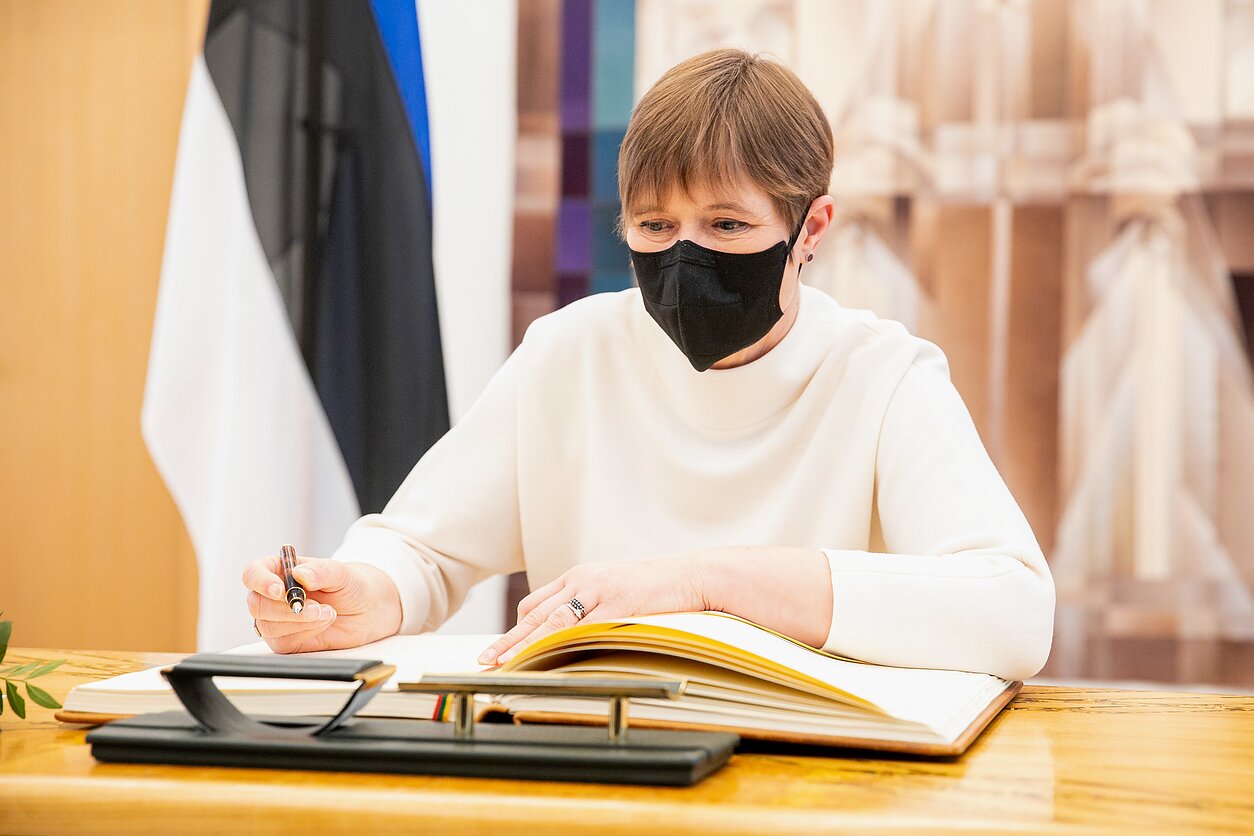 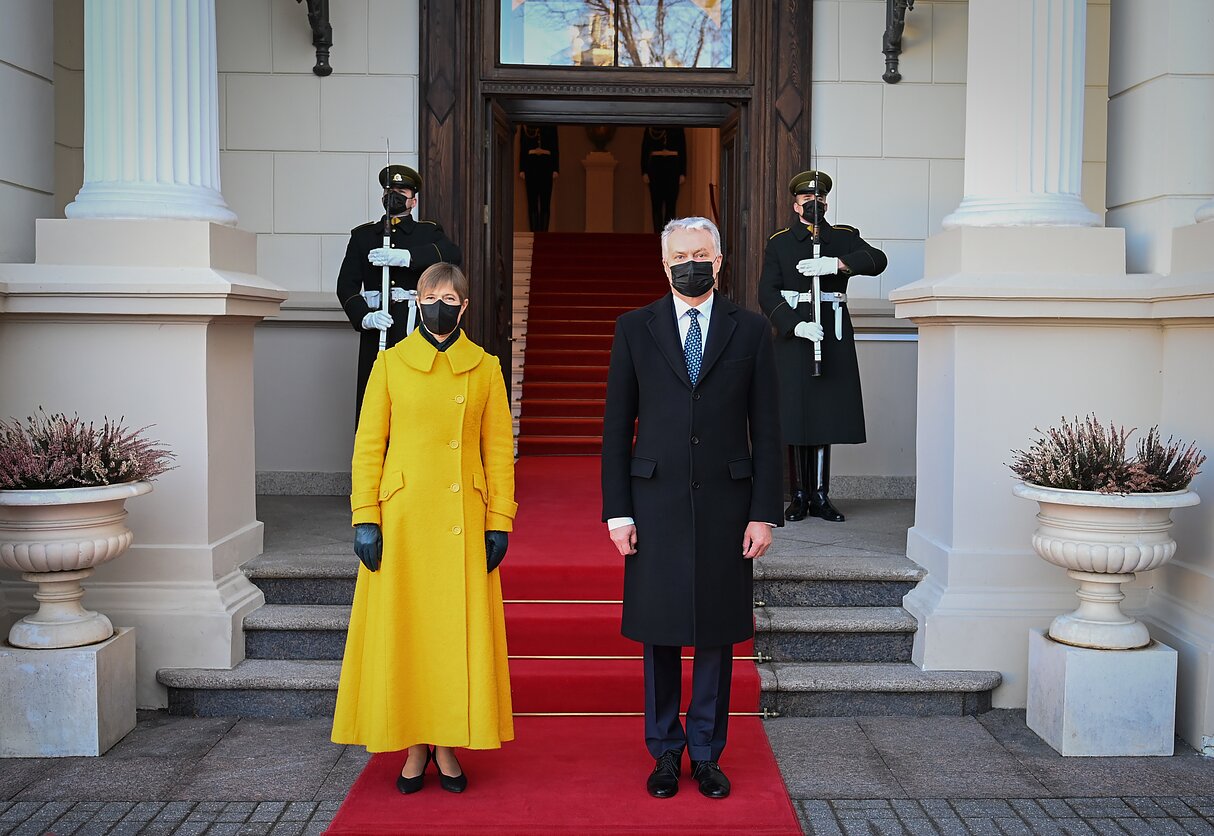