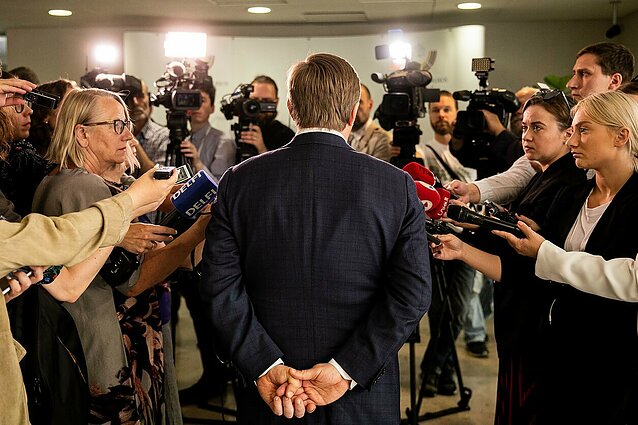 Lithuania’s ruling conservative Homeland Union (TS-LKD) is planning to initiate a review of the country's electoral system. Why are the changes needed now and what is on the table?

LRT sat down to speak with Andrius Vyšniauskas, deputy chair of the TS-LKD Group in the Lithuanian parliament, Seimas, and professor Vytautas Sinkevičius, one of the founders of the country’s Constitution.

Mr Vyšniauskas, how was the idea to change the electoral system born and why do we need changes?

Vyšniauskas: First of all, we are initiating the electoral system review, that’s why we are starting with a working group, and not some kind of party initiatives.

We see that other groups in Seimas are proposing a lot of changes – almost every day we hear about initiatives to lower electoral threshold, change party funding or something else.

We want to review the electoral system step by step and have a broad consensus in parliament on bigger, systemic changes. We don’t want to start separate initiatives, that’s the main reason. 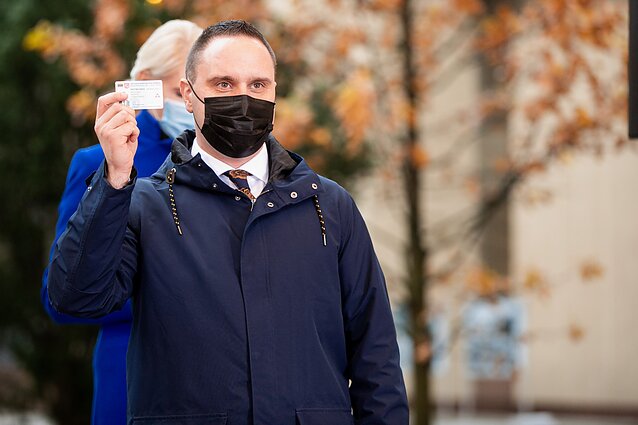 Are you talking about all the elections – municipal, Seimas, presidential?

Vyšniauskas: When we change any law related to one of the elections, it inevitably affects all the elections. For example, if we change something in the organisation of election commissions, we must change all other related law accordingly.

This is one of the problems we want to correct: there is an old idea to have a single electoral code that would define all the elections, because in practice two-thirds of their procedures are related [...].

For example, in 2024, we will have both the presidential and the European Parliament elections at the same time, and in a few months, Seimas elections as well. There are many related organisational issues, so we will review them all together.

Professor Sinkevičius, why is the electoral process being reviewed at all, and when should the changes in the electoral system be done?

Sinkevičius: The proposals under discussion remind me of 1991–1992, when the same issues were widely discussed. At that time, two positions on the electoral system emerged: one in favour of proportional representation, the other – a majoritarian electoral system. A decision was made to define it in the Electoral Law and not in the Constitution.

A compromise was found – half of the members of the Seimas are elected through the nationwide proportional vote, and the other part in single-member constituencies. When should the electoral system be changed? When it starts to hinder.

We have already seen an attempt to lower the electoral threshold required for parties to get elected into the parliament. If agreed, now we would have a completely different Seimas and even though these changes were portrayed as a democratic development allowing to better reflect the electorate, it was very clearly a party and group interest. 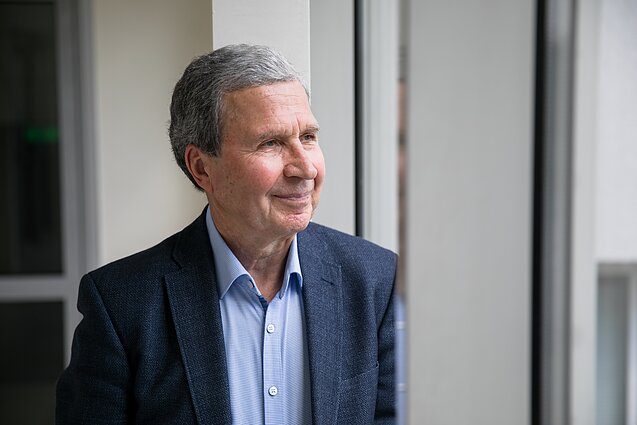 Mr Vyšniauskas, the professor says that the electoral system should change when it starts to hinder. Is the current system standing in your way?

Vyšniauskas: Political parties quite often complain about various small obstacles preventing their smooth election campaign. For example, the issue of debate is always very popular and problematic. Such problems can be resolved by the simple agreement between the parties. If we talk about single-member constituencies, we also see a certain escalating problem: its boundaries are changing before every election.

In the next elections, we will have single-member constituencies, which will include four different municipalities making its representation very broad and complex. To find a solution, we need to have a discussion with the Central Electoral Commission (CEC).

Perhaps it’s possible to fix the problem of single-member constituencies without changing the whole electoral system so at least for two to three upcoming elections we don’t have to change the boundaries of almost a third of the single constituencies as it also distorts representation itself.

I spoke with the members of the Farmers and Greens Union (LVŽS) who are claiming that you have a desire to make the electoral system more proportional and they do not support such a change.

Vyšniauskas: We really have no interest in adjusting the system to my advantage. I am representing a single-member constituency.

We want a debate, but we don’t want that debate in the run-up to Seimas elections, because look at what happened before elections in the past: one party asked to adjust one thing, another – adjust something else.

We want to find consensus now, as it’s still possible even with the Farmers and Greens Union, because they also want to review the electoral system. 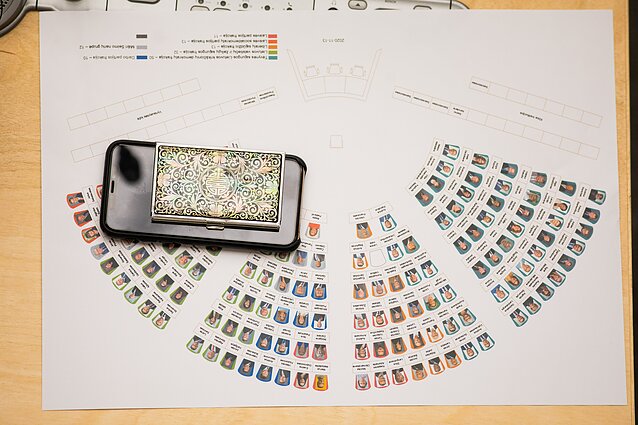 Currently, 71 of 141 members of the Seimas are elected in single-member constituencies and the remaining 70 seats are filled through a nationwide proportional vote. How could these proportions change, is it still up for debate?

Vyšniauskas: We have different opinions in the party. I can say my opinion: I am in favour of a proportional electoral system. We have seen proposals before, for example, a proportional system with a focus on the regions.

In 2015 there were even suggestions to abolish single-member constituencies.

Vyšniauskas: Yes, at the same time there was a proposition to introduce a Latvian model – a multi-member constituency with regional lists. Such options are possible, we do not want to rule out any option.

So should we get rid of single constituencies or not?

Vyšniauskas: If I say my categorical opinion today, the Farmers and Greens will reject it.

Do you have a categorical opinion or just an opinion?

Vyšniauskas: I have an opinion and our group has an opinion, so we might present mixed arguments.

In your personal opinion, should the current proportions change?

Vyšniauskas: We need a discussion, put forward the arguments and and try to convince colleagues that the changes are positive. If it fails, there won’t be any amendments, because it needs votes in the Seimas. 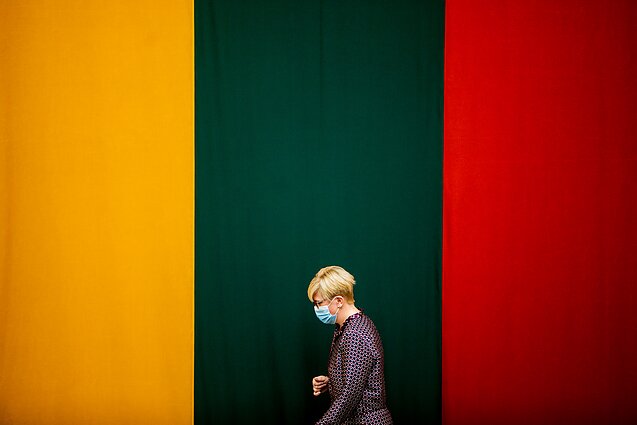 Professor Sinkevičius, you heard arguments and considerations about the possible changes in a proportional voting system as well as single constituencies. In the past we have seen many attempts to change the electoral system, can it finally succeed?

Sinkevičius: I don’t think so because political parties won’t find a consensus as they have very different interests. We have already heard that a large group wants to have more single constituencies, other parties want the electoral system to be more proportional.

There won’t be a political consensus and I would like to point out that Seimas itself has included an electoral code in the list of constitutional laws to be drafted. According to the Constitutional Court doctrine, If Seimas wants to change separate election laws, a new constitutional law needs to be adopted.

More than half of the members of Seimas are required to pass it. I really don’t see any possible changes.

I would say, there have already been some attempts to implement a proportional electoral system in the Constitution through the back doors. For example, suggestions have been made to strip Seimas mandate from those politicians who resign from the parties on which proportional election list they were elected.

Such attempts have been made more than once and they have been criticised and rejected. From my point of view, discussions about different electoral systems is possible, there are a wide variety of them, say, in Britain there are only single-member constituencies, each candidate participates in his constituency, wins, becomes a member of parliament. No one is claiming that it’s a poor representation of voters or undemocratic, however, we have neighbours who elect parliament on a proportional basis. Each system has both pros and cons. 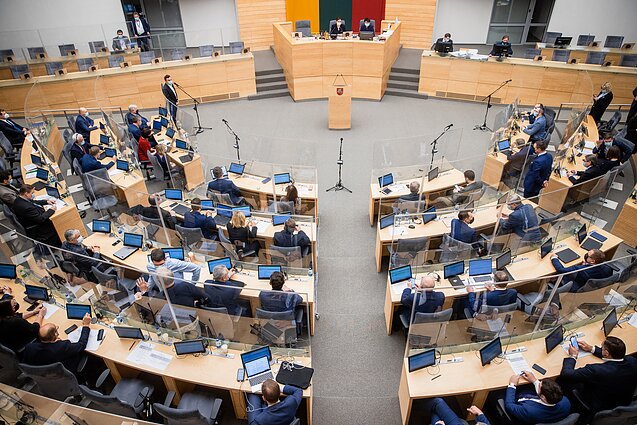 Mr Vyšniauskas, do you have any support from other political parties?

Vyšniauskas: First, we discussed the matter with coalition partners [liberals] and agreed that a format to find a consensus is needed. We believe that the opposition could also join the process. We already talked with some of their members – everyone is positive, because we are not running away from our initiatives, but we are inviting them to talk.

You are also launching an initiative to review direct presidential elections. Does the president have too much or too little power right now?

Vyšniauskas: When changing the electoral system, the whole system must change that’s why we will inevitably have to touch on the Presidential Election Law as well. I have no doubt that the presidency will also have suggestions from its own practice, from the president’s experience in the elections he took part in.

The president is directly elected. Does he have to have more power?

Vyšniauskas: I don’t think we can change it. First, we need to focus on parliamentary and municipal elections, as there are the most problems. Both the presidential election procedure and the electoral law are quite simple. Maybe there are some amendments the president would like to introduce, and we can take it into account.

Meanwhile, the whole electoral system, all four election laws, party financing, party financial control issues, CEC regulations – needs a discussion, because after reconsidering one of the laws, others will need to change as well.

Perhaps Seimas can agree on the harmonisation of electoral laws, as it would really facilitate the whole process. 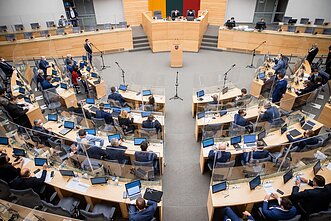 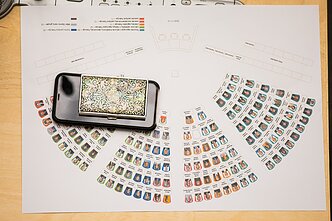 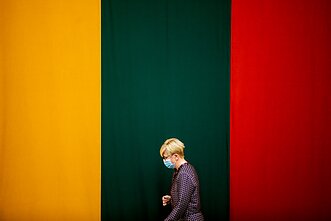 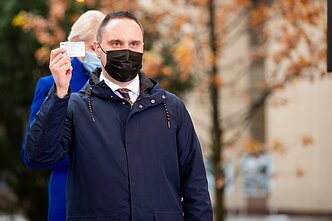 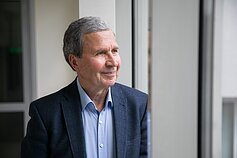 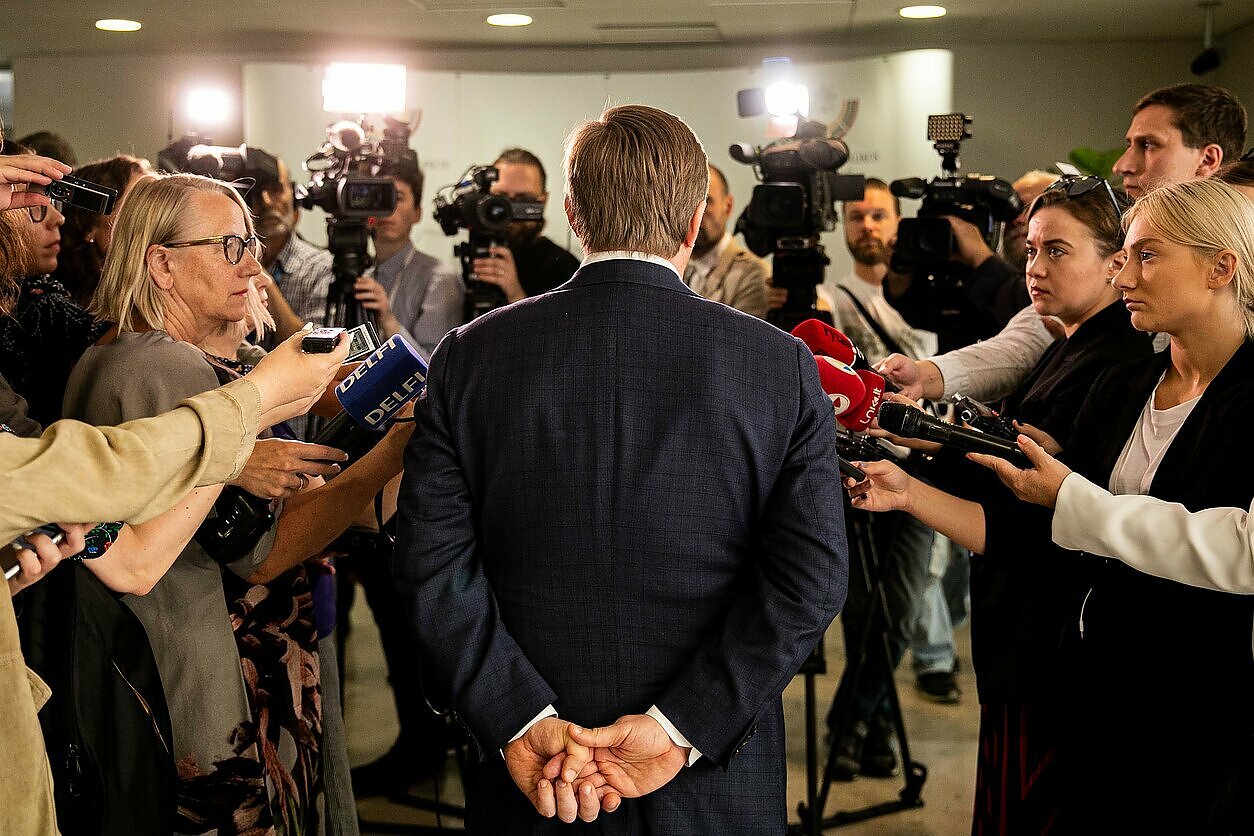 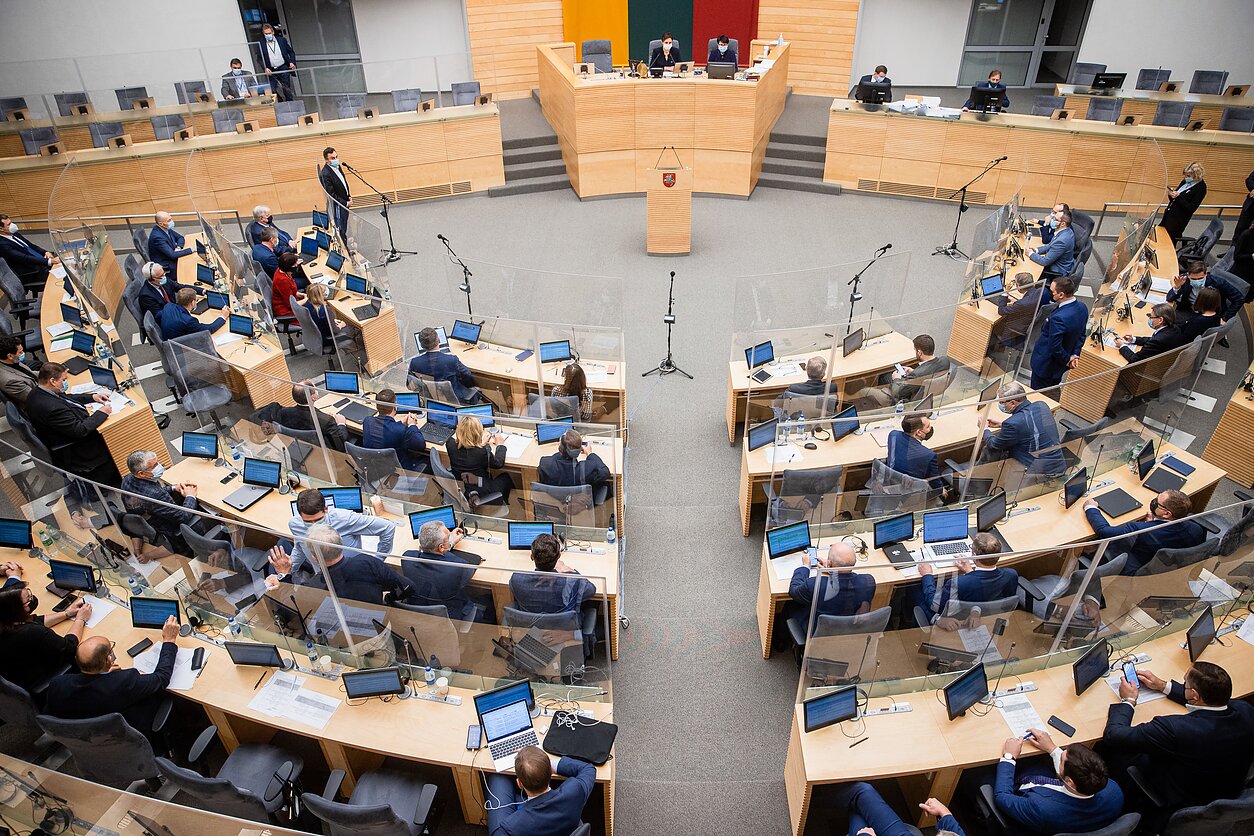 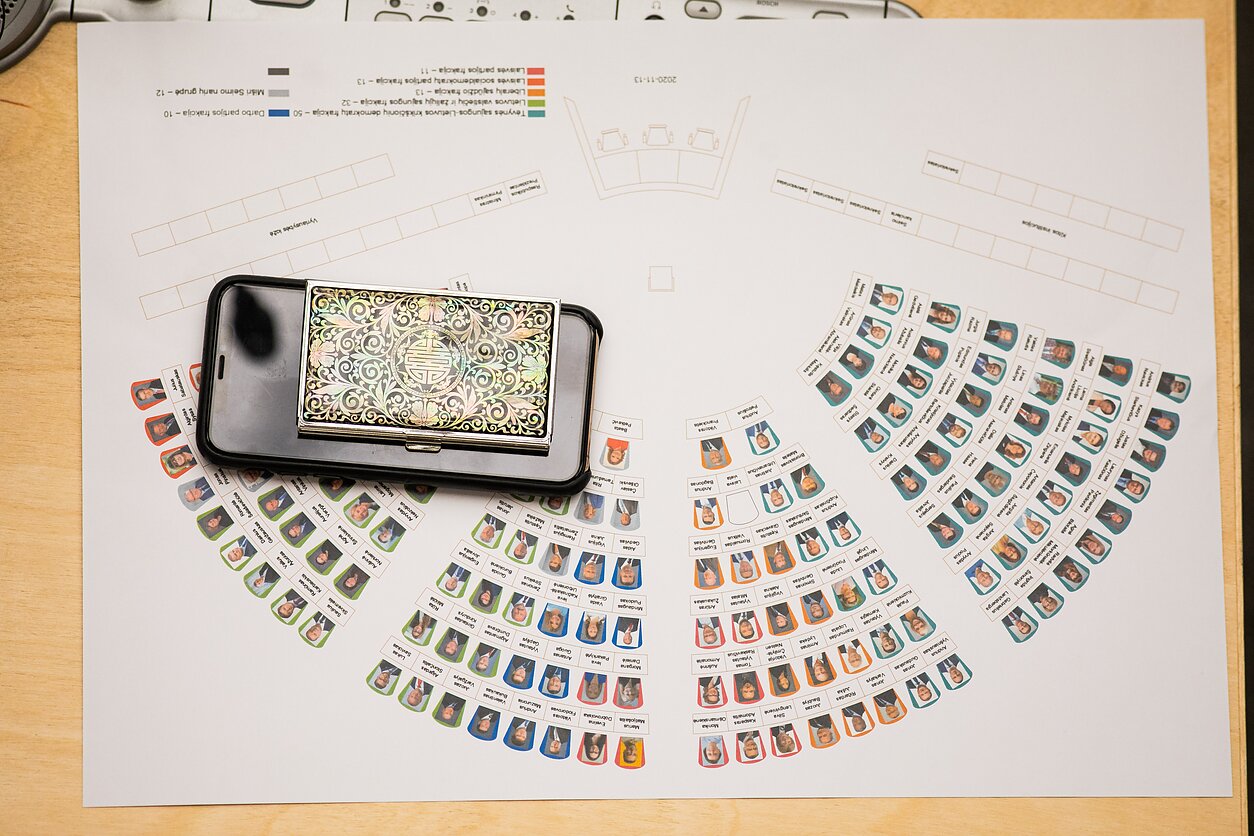 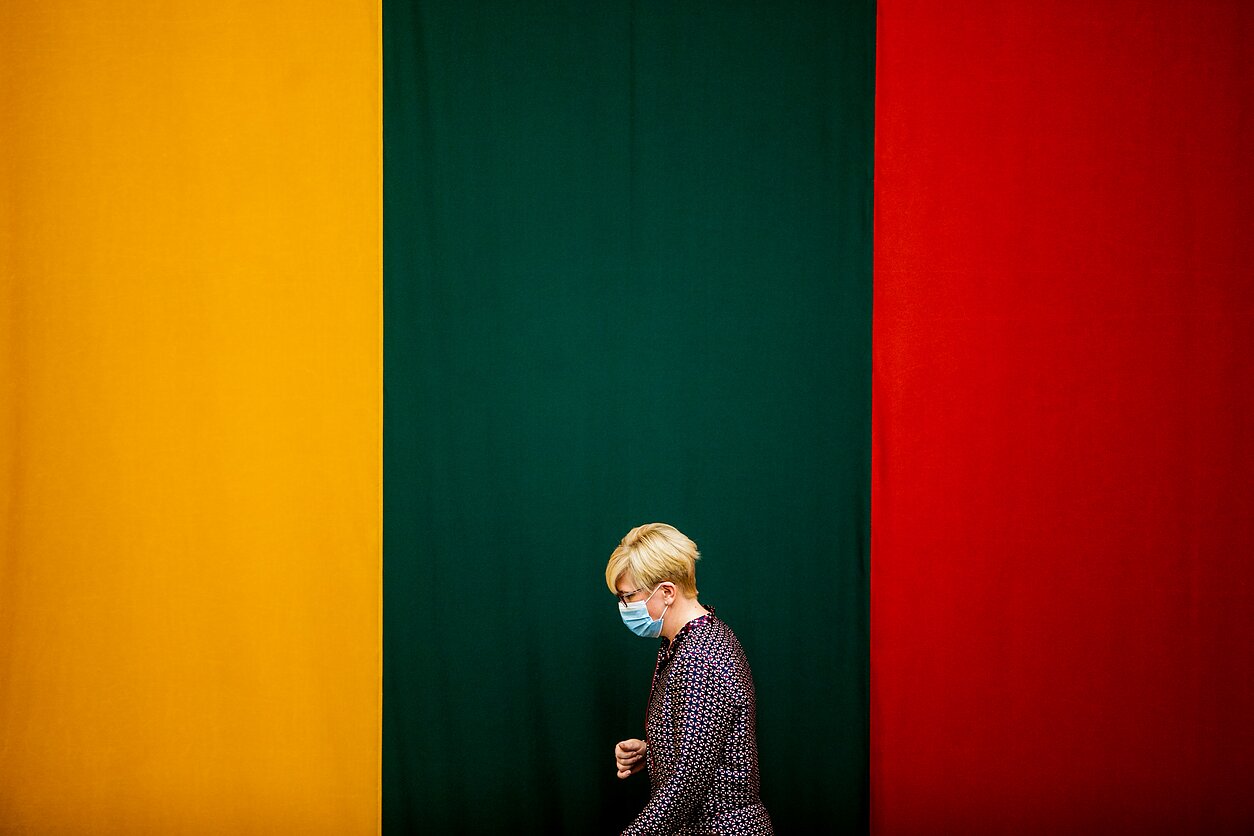 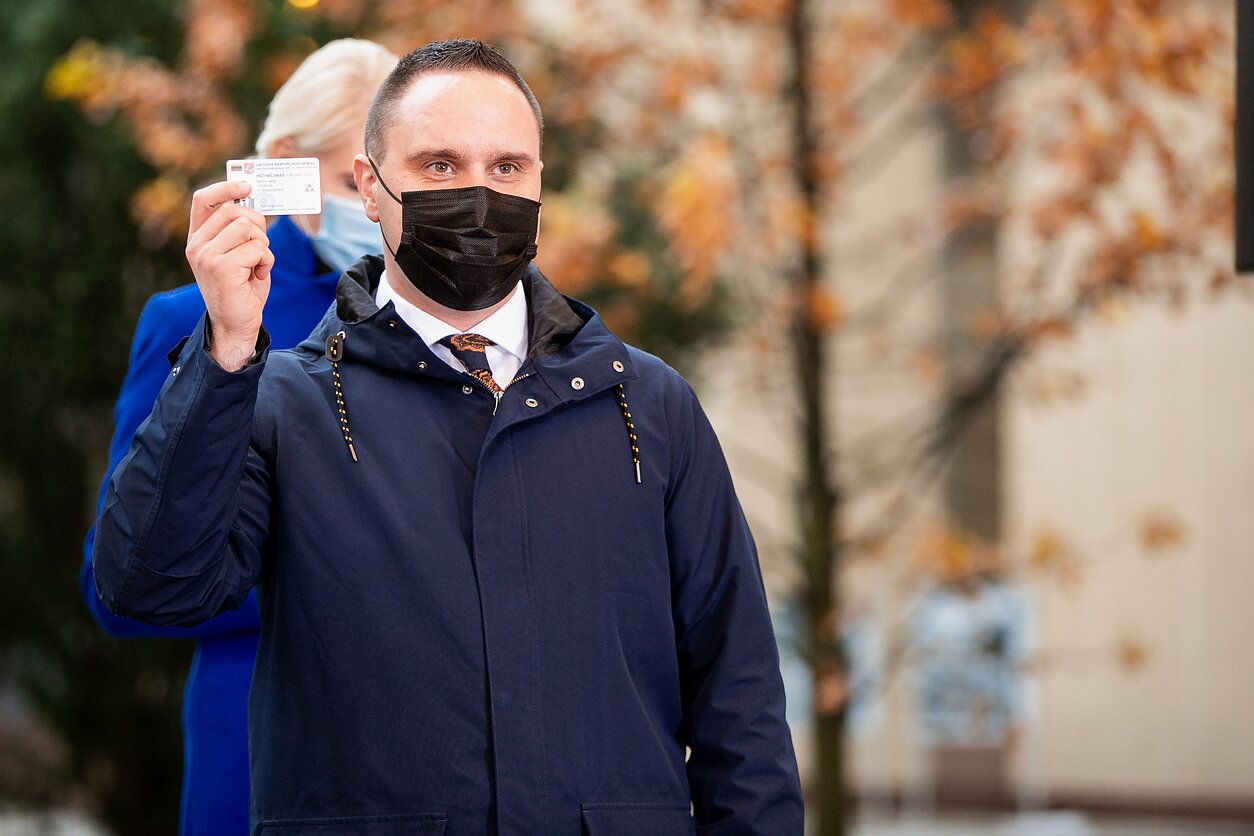 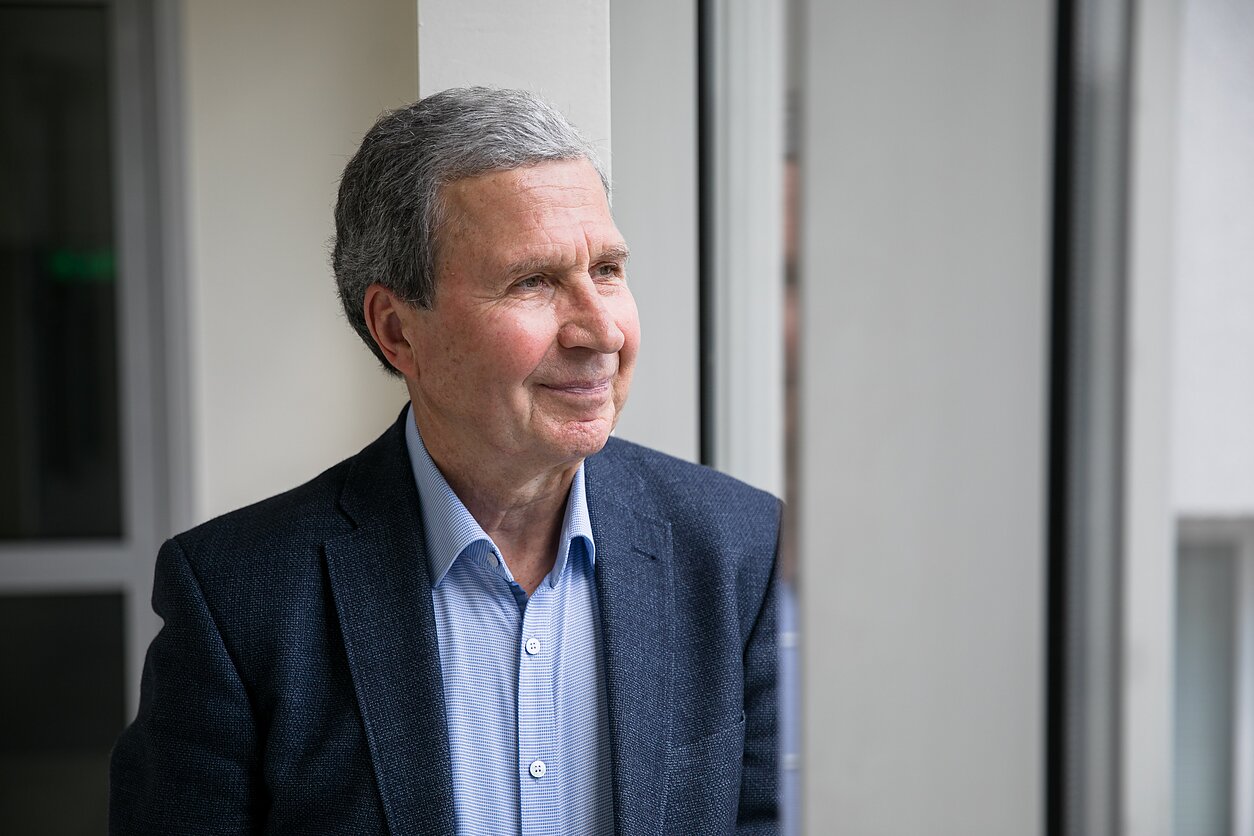