From language lessons to rap: a day centre fights to keep Lithuania's Roma kids in school 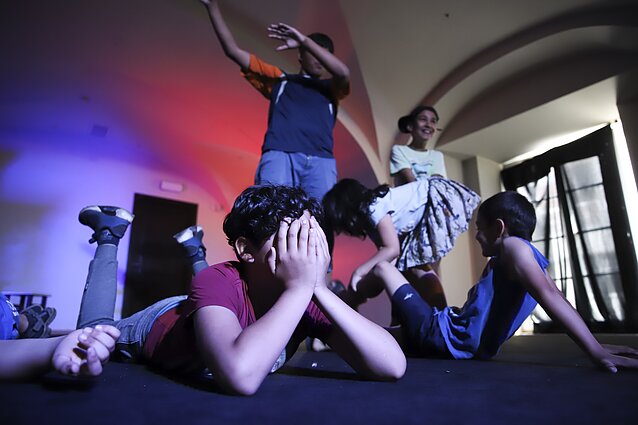 Help Fit In day centre in Vilnius / I. Budzeikaitė

High school dropout rates among Roma kids are one of the problems plaguing Lithuania's most disadvantaged ethnic community. A multi-cultural day centre in Vilnius works with Roma children to tackle the problem

Help Fit In (Padėk Pritapti), an NGO running a day centre for disadvantaged children, was founded 10 years ago. Volunteers then set themselves a goal – to help Roma kids stay in school for at least four years.

“This was a concrete and clear goal,” says Inga Kreivėnaitė, the head of the organisation. “Volunteers started visiting Roma families whose kids were skipping school or dropping out in the first or second year. The volunteers were knocking on the doors and offering to help with homework, with studying Lithuanian or Russian, which are not their native languages.”

With time, the volunteers succeeded in forming a bond with the kids and their families, winning their trust, Kreivėnaitė says. Currently, around 50 Roma kids and 30 children of other ethnicities regularly attend the Help Fit In centre in the Naujamiestis district of Vilnius. 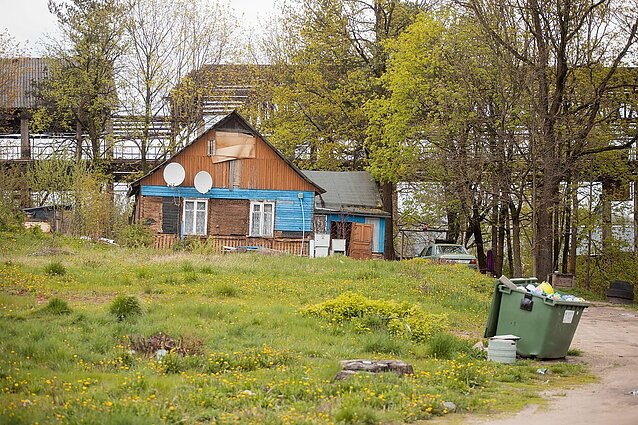 From art exhibitions to rap workshops

The centre offers kids a safe space, says educator Agnieška Avin. They are invited to participate in a variety of activities: dance, photography or even rap music.

One 11-year-old once held an exhibition of his paintings – which inspired other kids to take up art.

“We have talented musicians and we want to show them off as much as we can, so as to inspire the kids to believe in themselves,” says Avin. “To outweigh what they keep hearing at school, in streets or in the media.”

During the lockdown, however, the centre's activities had to be moved online. Educators note that getting children to join on-screen sessions after regular classes is a challenge. 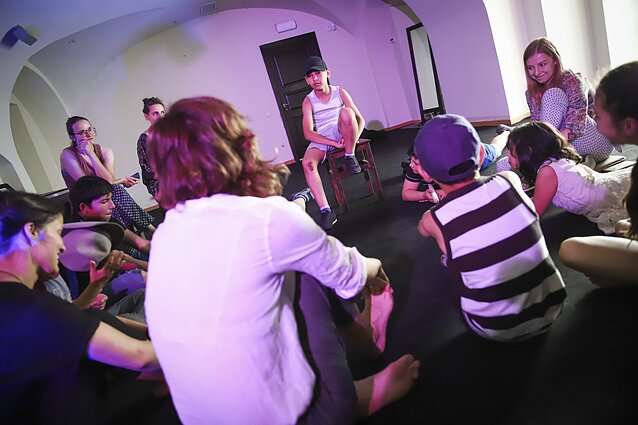 Help Fit In day centre in Vilnius / I. Budzeikaitė

Moreover, many big families do not have enough computers for all their children, nor is it always possible for them to find a quiet place to study.

While measuring success is not always easy, Krevėnaitė, the head of Help Fit In, says the centre has largely achieved the goal it set for itself a decade ago.

“Today, the kids that we wanted to keep in school for at least four years are studying in year eight, or nine, or ten. Some have gone on to pursue vocational training,” she says.

Vita Kontvainė of the Lithuanian Social Research Centre, who has been studying education in the Roma community, says that day centres play a crucial role in keeping kids in school.

However, there are still too few of them to give access to ethnic minority children in remote villages.

Still, school dropout rates among Roma kids have been on decline, she says.

“We are seeing positive results. Since 2000, we've observed slow, but significant changes. There's a gradual increase in the number of Roma children who stay in schools,” according to Kontvainė.

Moreover, more Roma kids have been enrolling in kindergartens since 2015.

One of the factors is the changing attitudes of teachers and school administrations, who accept that Roma kids need additional attention, not least because their parents are less able to help them with schoolwork.

The kids themselves and their parents are also more appreciative of the value of education, Kontvainė says.

Educators at the Help Fit In centre say there is still much prejudice against the Roma community. When they take the kids on tours in the city, many passers-by look at them with curiosity and suspicion, they say.

The image of the Roma community presented in the national media is stigmatising, says Avin, one of the centre's educators. 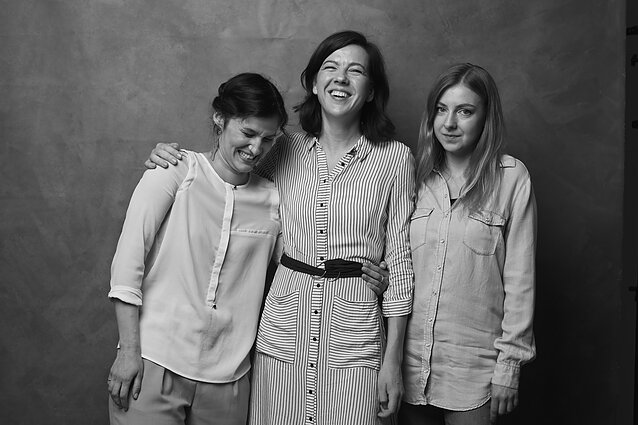 The team of Help Fit In day centre / B. Frątczak

Meanwhile, day centres like Help Fit In sometimes struggle to secure stable funding. The centre has three full-time employees and relies heavily on help from volunteers.

“We don't have all the resources we need and want in order to ensure the continuity and quality of our work,” says the centre's director Kreivėnaitė. “As an NGO, we've never had stable public funding that would be assured for several years in advance.”

She herself has considered finding another job after experiencing emotional burnouts and frustrations over the need to keep proving that the centre was doing important work.

From this year on, however, accredited children's day centres in Lithuania will be able to receive funding from the central government and municipalities. 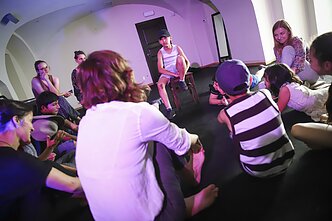 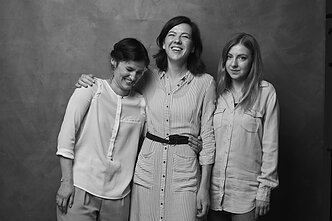 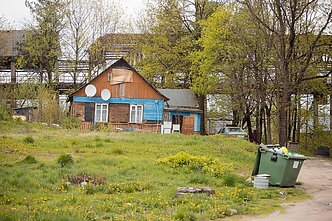