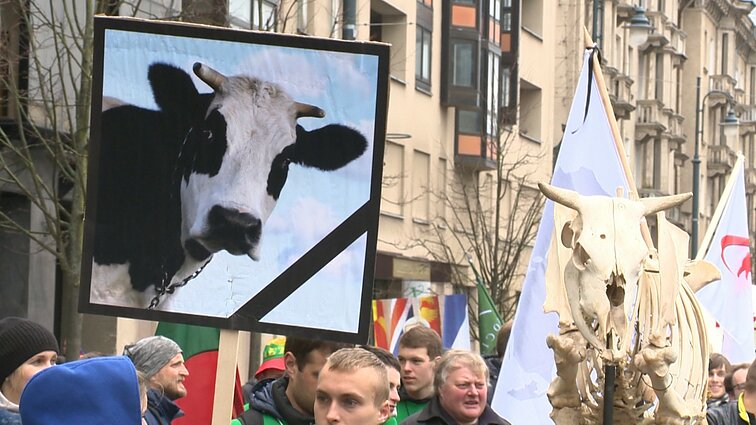 The demonstration in the centre of capital Vilnius drew thousands of protesters. Farmers brought a cow’s skeleton in a car trailer to the site of the picket and some of the protesters marched disguised as cows.

Milk producers complained about law processing prices and demanded the government to help.

The Lithuanian Parliament last week passed legislative amendments providing for regulation of milk prices. This, however, drew a negative response from many milk producing companies and some dairy farmers.

Dairy farmers should be paid 18 million euros in compensation from the budget, early in April. In February, Lithuania asked the European Commission for additional 75 million euros in support of the country’s dairy sector.

Sound bite (Lithuanian), protester:
Prices are below low, today we get around 18 cents per litre. We provide ecological milk, and others who provide ordinary milk get even less – 16 or 15 cents, which is almost two times less than production costs.

BRONIUS MARKAUSKAS, Deputy Chairman of the Lithuanian Chamber of Agriculture:
We think that Ministry of Agriculture should work out a formula that would clearly indicate what part of the price should go to the farmer and what part to producer and seller.