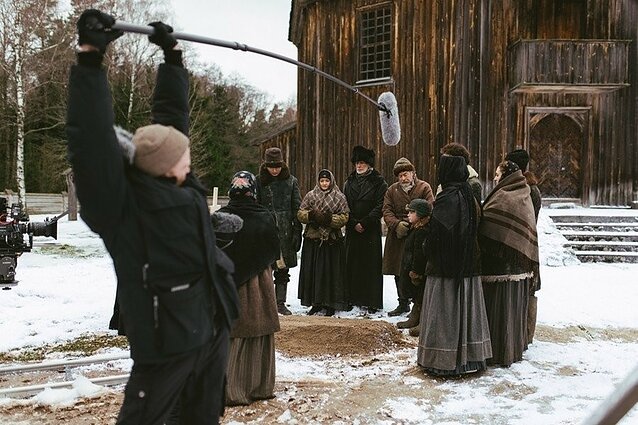 Another Tolstoy classic, Martin the Cobbler, is being filmed on location in Lithuania following the success of the BBC’s epic production of War and Peace in Lithuania.

Another Tolstoy classic, Martin the Cobbler, is being filmed on location in Lithuania following the success of the BBC’s epic production of War and Peace in Lithuania.

Based on Leo Tolstoy’s famous short story “Martin the Cobbler”, which was written in 1885, the film revolves around the tragic story of shoemaker or cobbler Marting Avdeitch who after losing his wife and children denies the existence of god. However, after a priest asks Martin to make a new cover for a bible, Martin rediscovers his faith, and dreams one night about an important message from God. In one day he carries out a range of good works for people in need passing his shop and his interaction with them inspires him and changes his life.

Filming of the Tolstoy classic is taking place in a number of locations around the Old Town of Vilnius and in Rumšiškės, reports Film New Europe.

Film New Europe reports that Kaleidoscope Pictures, the company behind the film, is filming in Lithuania for the first time, and is working with local production company Baltic Film Services.

Shooting of The Cobbler in Lithuania started on February 19th and will run until 27 February. The film will makes it US television début later in the year.

It is prohibited to copy and republish the text of this publication without a written permission from UAB „BNS“.