Rally supporting refugees to be held in Vilnius on Saturday 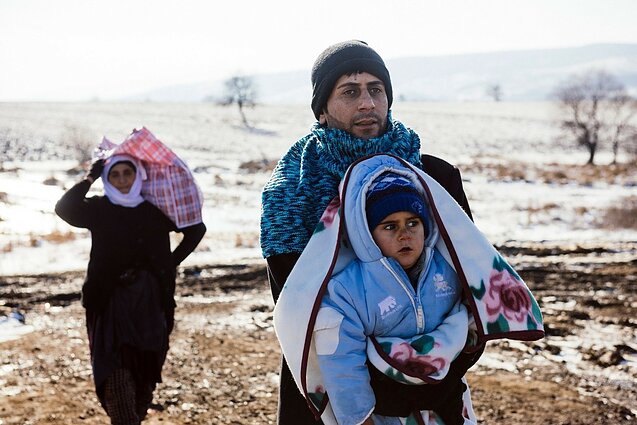 Safe Passage NOW, a campaign of solidarity with refugees, will hold a rally in Vilnius on Saturday afternoon.

Safe Passage NOW, a campaign of solidarity with refugees, will hold a rally in Vilnius on Saturday afternoon.

Organizers of the rally say the event is part of a bigger campaign held across Europe. Similar support campaigns should take place in at least 28 countries on Saturday.

"On Feb. 27, thousands of people will gather across Europe to state the need for us to ensure a safe passage for refugees across state borders, humanitarian aid, protection of vulnerable groups, adequate hosting and asylum standards in all European countries that would enable refugees to keep their valuable belongings. We should ensure fast and safe reunion with family members and a right to live in a country," the organizers said in a press release.

In Vilnius, the event will take place at Vinco Kudirkos Square outside the government building. The municipality told BNS Lithuania that a permit had been issued for up to 15 participants.

Under the European Union (EU) program, Lithuania has so far relocated a four-member Iraqi refugee family from Greece out of the 1,105 people it has committed to receive over two years.

More than 110,000 migrants and refugees have arrived in Europe across the Mediterranean Sea since the beginning of 2016.

Over 1 million people reached the European continent last year, according to data published by the International Migration Organization.