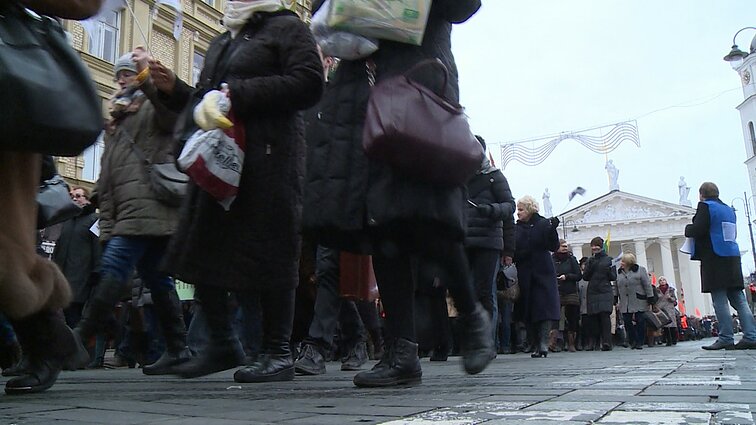 Teachers in Lithuania started a strike demanding to restore wages that were cut during financial crisis, in 2008. According to data received by the government from municipalities, the strike involves more than 200 educational institutions, which comprise nearly a tenth of all education institutions in Lithuania.

Teachers in Lithuania started a strike demanding to restore wages that were cut during financial crisis, in 2008. According to data received by the government from municipalities, the strike involves more than 200 educational institutions, which comprise nearly a tenth of all education institutions in Lithuania.

Teacher trade unions opened the indefinite strike in demand of frozen wages to be restored to the pre-crisis level in 2007.

Teachers believe that they are short of around 174 Euros in their monthly payment. According to data provided by the Statistics Department, an average monthly salary for teachers in Lithuania is 823.4 Euros.

However, a third of all teachers work part time, and about a tenth has fewer than nine weekly classes. Therefore trade unions demand reforming educational system by way of reducing the number of pupils in classes and groups.

Lithuania's ruling Social Democratic coalition agreed to satisfy some of the teachers' requirements and will assign additional 10 million Euros funding. However, the Ministry of Education and Science says that over 100 million Euros would be needed to satisfy the requirements of the teacher trade unions to improve the education sector and teachers’ working conditions to a full extent.

Teachers immediately demand additional 18 million Euros, so that the wages could be increased from the new schoolyear in September, a demand the government says is impossible to satisfy.

According to the teacher trade unions, the quality of the Lithuanian education system is deteriorating as Lithuania scores lower each year in the international surveys and the students’ learning outcomes remain lower than the PISA OECD average.

The number of pupils and students has been decreasing due to demographic changes and emigration, which also has a negative impact on the sector in general and especially on teachers’ recruitment.

Sound bite (Lithuanian), JURATĖ BALSEVIČIENĖ, teacher at Romuva gymnasium in Šiauliai:
The average age of teachers that work in our school, I say this without any statistics, is around 50 years. Only few young people come to teach at our school, but usually they do not stay because of low wages.

EUGENIJUS JESINAS, Chairman of the Lithuanian Education Workers Union:
We cannot terminate our strike without an agreement with the government. (cut) Our main objective – increasing salary from 1st September, by immediately allocating 18 million Euros, has not been achieved. We think that the government and ministry of education did not do their homework and did not suggest how to allocate such an amount of money. 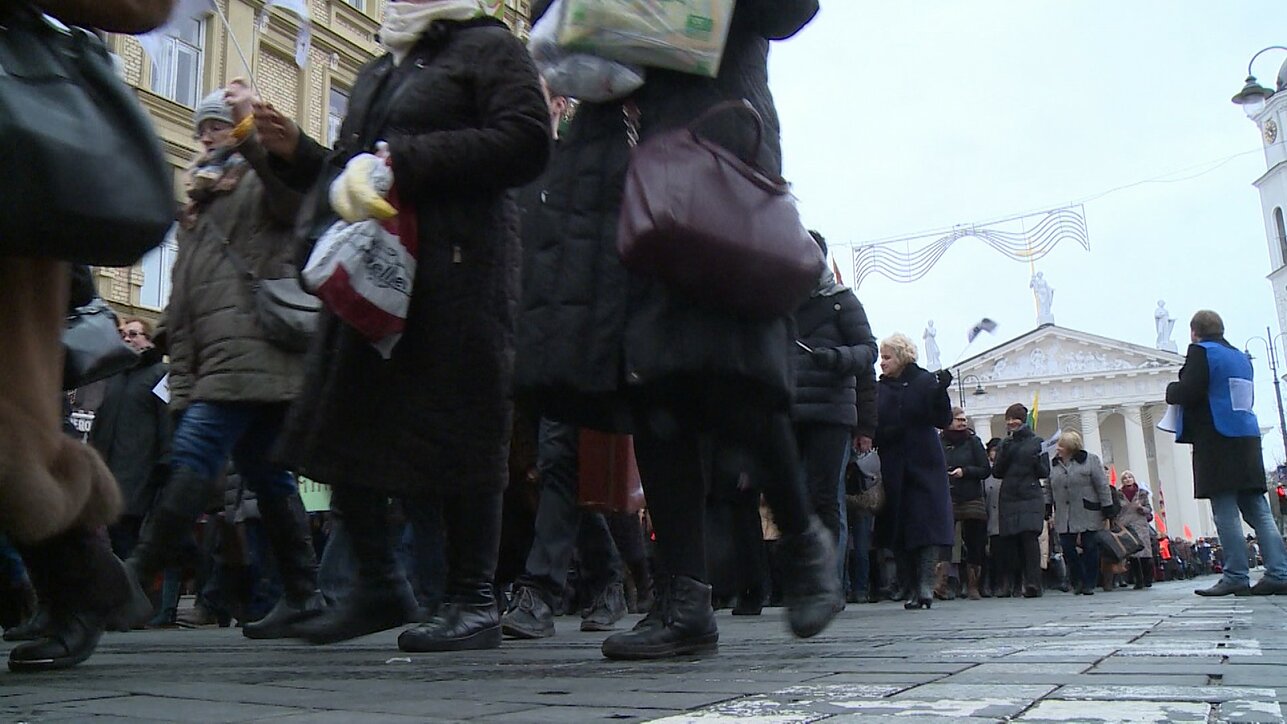