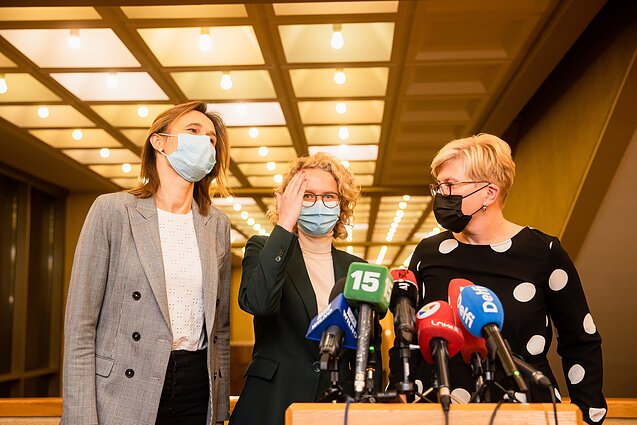 The conservative Homeland Union–Lithuanian Christian Democrats (TS-LKD), the Liberal Movement and the Freedom Party have drafted a coalition agreement and expect to sign the deal next week.

“The agreement could probably be signed on Monday,” Ingrida Šimonytė, the conservative candidate for prime minister, told reporters after the second round of coalition talks on Thursday evening.

She said the negotiating teams had “almost agreed on the wording” of the agreement, but it had yet to be endorsed by the three parties.

Šimonytė said she would be named the nominee for prime minister, but no potential candidates for ministerial posts or other positions would be mentioned yet.

“The draft deal calls for signing an additional agreement [on ministers],” she said. 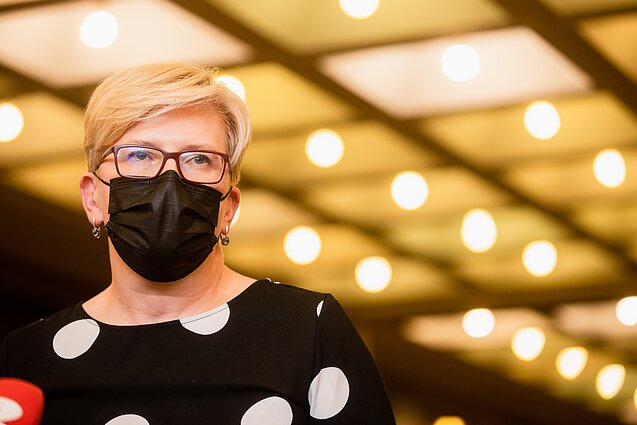 The draft agreement, published on Thursday evening, calls for a “national agreement” on education, an economic transformation “towards higher added value”, and pursuing a green deal.

The document also lists immediate tasks for the would-be government: managing the coronavirus pandemic, reviewing the planned stimulus investment, blocking market access to electricity from the Astravyets Nuclear Power Plant in Belarus. The coalition also pledges to call a referendum in 2024 on allowing dual citizenship, something that requires ammending the constitution.

Some of the more divisive issues have been relegated to a separate section entitled “Issues of particular importance to separate coalition partners”. The document says that “all coalition partners will make effort so that these issues are implemented over a reasonable time”, while recognising a “divergence of opinion”.

These issues featured prominently in the liberal parties' platforms, but are controversial among the conservatives.

Šimonytė said that all the three partners made concessions during the talks.

“Each of the parties has won something and the country is probably the biggest winner, because we managed to agree on top priorities for the near and medium-term future,” she said. 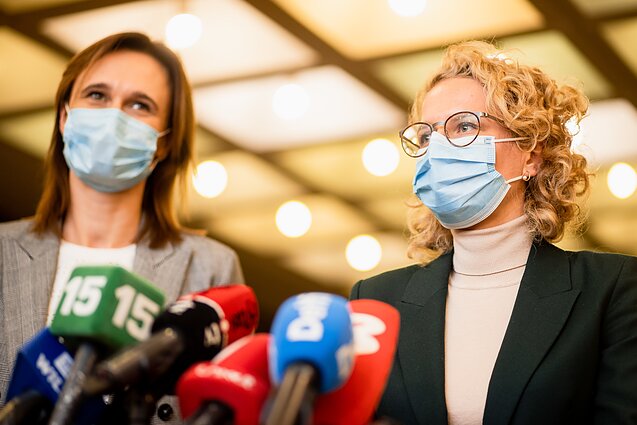 Viktorija Čmilytė-Nielsen, the Liberal Movement's chairwoman, also described the talks as a victory for all parties.

“The deal we reached, which seems to me to be a really good compromise between the coalition partners' differing positions, is a very good basis for moving forward,” she said.

Aušrinė Armonaitė, the Freedom Party's leader, said her party's top priorities – in education, human rights and the economy – were included into the draft agreement. 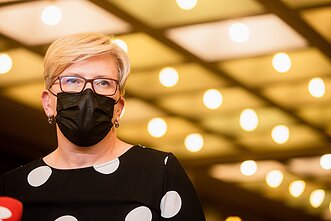 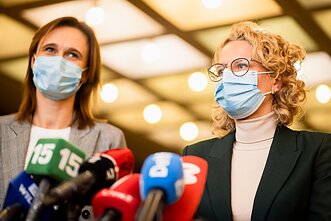 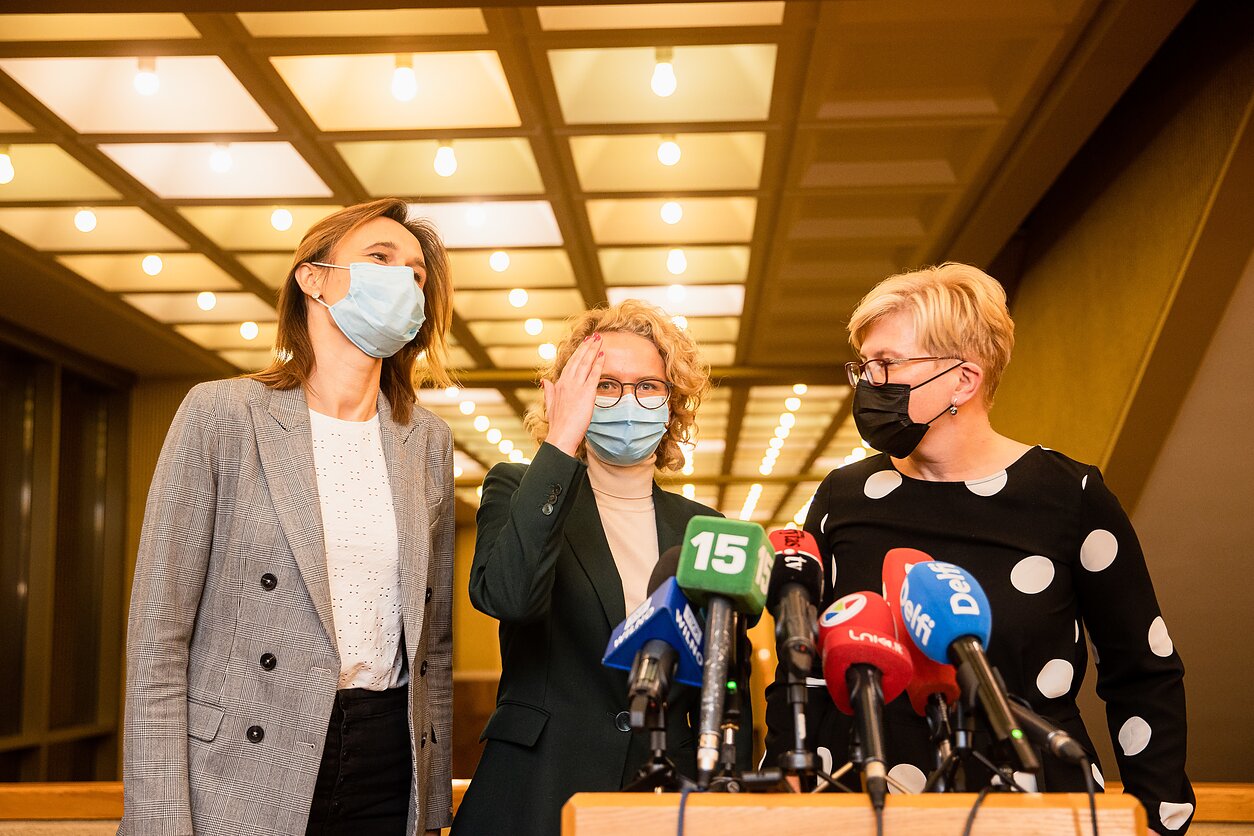 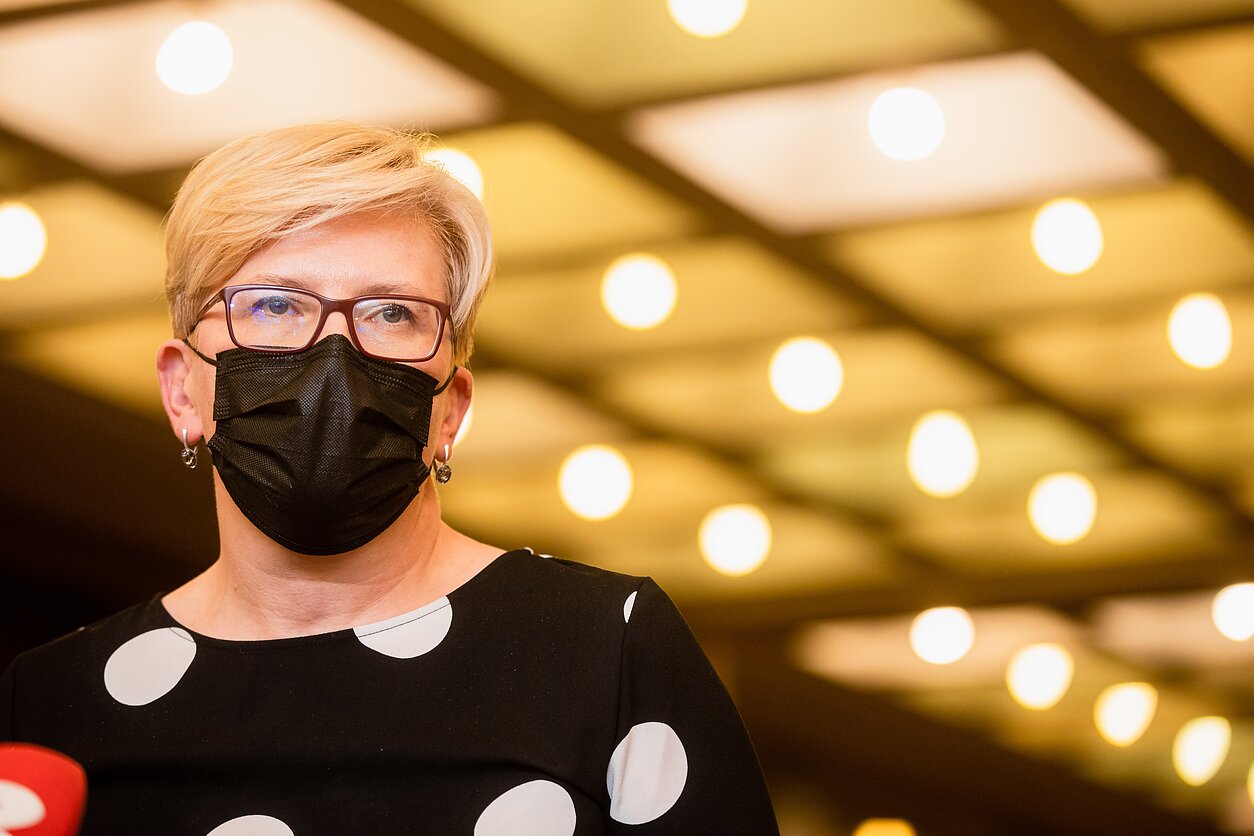 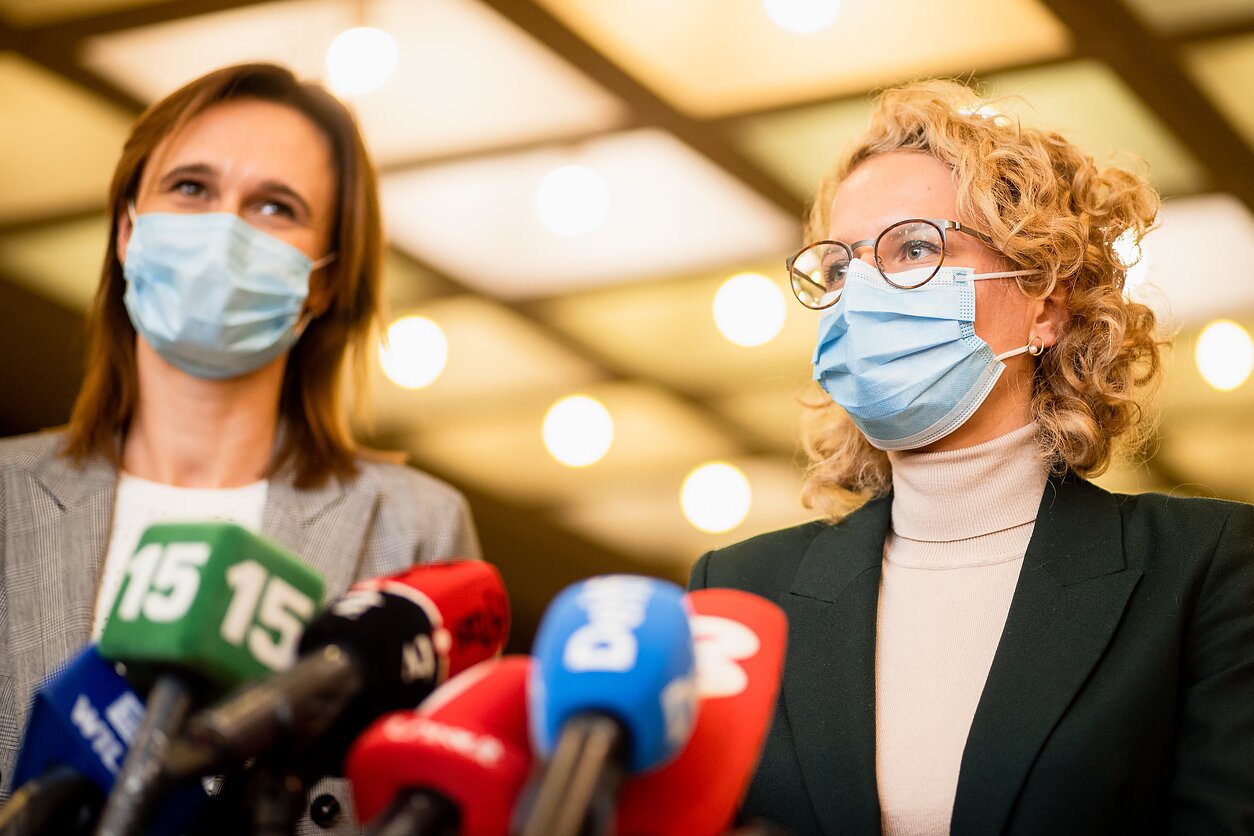