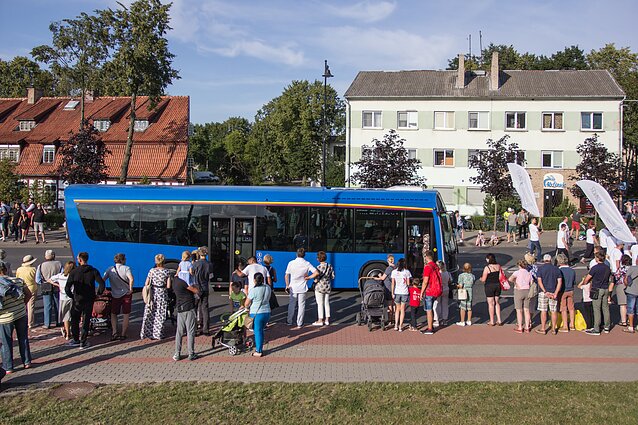 As Europe looks to become carbon neutral by 2050 and the European Green Deal becomes a key part of the continent’s economic policies, interest in making the automotive industry cleaner, and boosting the uptake of electric vehicles, is now high on the agenda of manufacturers, investors, and consumers alike.

Emerging Europe [Central and Eastern Europe] is no exception, with several countries in the region updating their public transport fleets with electric vehicles (EVs), offering subsidies for electric car purchases, and even, in the case of Poland and Romania, producing electric cars of their own.

But according to some analysts in the automotive industry, there is still a lot the region can do if it is to truly benefit from the push to e-mobility, especially when it comes to educating the population about why e-mobility is important and why electric vehicles are actually the right fit.

According to Maciej Mazur, the CEO of the Polish Alternative Fuels Association (PSPA), things are looking good for EV adoption rates in Poland.

“The development of e-mobility in Poland will be dynamic in the coming years,” he tells Emerging Europe.

A pessimistic scenario for Poland, if there are no new subsidies and financing mechanisms, is that by 2025 there would be 130,000 electric vehicles in the country.

However, the organisation says that realistically, if policies like a 100 per cent deduction of VAT and direct subsidies are adopted in the following two years, the number of BEVs (battery electric vehicles, a term that signifies cars that are not hybrid and run only on electricity) will reach 280,000. When plug-in hybrids (PHEV) are added, the number reaches almost half a million vehicles. 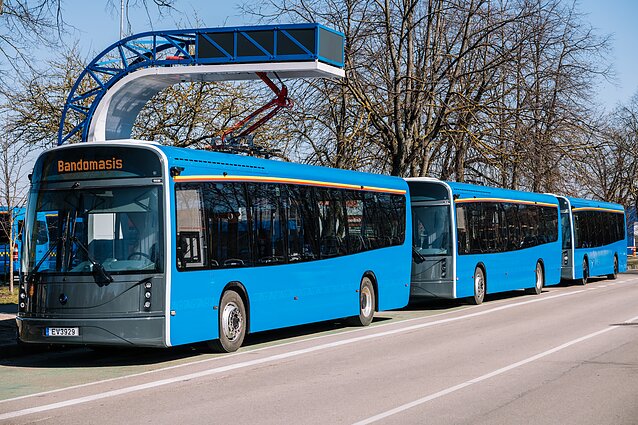 Of course, those numbers are subject to what policies the Polish government decides to pursue in the next few years. Mazur says that so far, PSPA’s recommendations have “inspired fruitful changes”.

He adds that this amendment will eliminate one of the most significant barriers for the development of e-mobility in Poland.

Right now, according to PSPA data, there are 14,788 EVs (both BEVs and PHEVs) registered in Poland. Purely electric vehicles make up 55 per cent of this number.

While the numbers, as well as the vehicle to charging station ratio – which in Poland is six – are encouraging, more can and should be done to strengthen the public charging infrastructure.

“Despite these good signs, the robust development of the EV charging infrastructure must be a priority if the forecasted rise in EV’s on Polish roads is to take place,” says Mazur.

The hottest news surrounding e-mobility in Poland at the moment however are the plans for the country to produce its own electric car, by 2023. A prototype of the electric vehicle, dubbed the Izera and pictured above, was unveiled earlier this year to a mixed reception from industry insiders and the automotive media.

“Commercial success of the Polish EV project will be very difficult to achieve,” he says. “The Polish brand intends to offer vehicles in popular segments, which must stand out in terms of quality, accessories and – above all – a rational and attractive price. The competition in these areas is already very intense and it will be incomparably larger in 2023.”

Romanian auto manufacturer Dacia, owned by Renault, is another regional manufacturer that recently threw its hat into the EV ring. Its fully electric vehicle, the Dacia Spring, is supposed to be the cheapest EV on the European market. 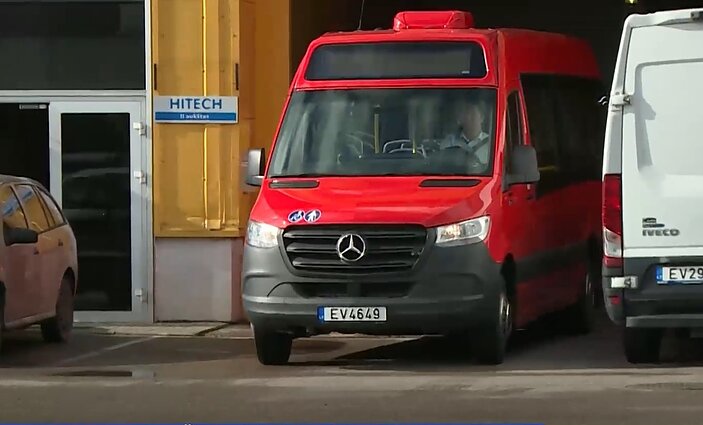 But, Dacia is trying a different strategy to its Polish counterpart – the Spring will not be produced in Romania, but in Shiyan, China, in order to keep the retail cost as low as possible.

When it comes to public transportation, [Central and Eastern] Europe is doing far better, and is in many ways already well ahead of the game.

Lithuania’s Elinta Motors for example is planning to make minibuses, produced completely in Lithuania. The minibuses will have a battery, also produced in Lithuania, with twice the capacity of Tesla’s cars. In Estonia, self-driving electric shuttle buses – the result of a partnership between Tallinn University of Technology (TalTech) and Silberauto Estonia – are already on the streets of some cities.

Electric cars require batteries, and this is another area in which the region is performing well. Slovakian battery maker InoBat recently took a huge leap forward by signing a deal with Manz, one of Europe’s leading high-tech equipment manufacturing firms, that will see a 100 million euros research and development centre and production line open next year.

The plant will produce new Li-Ion battery cells, and will be followed by a 10GWh so-called ‘gigafactory’ in 2024, which will serve the European electric vehicle market with what the firm hopes are innovative and optimised batteries at scale.

Slovakia has been making the most cars per capita in the world since 2007, and the automotive industry is arguably the most important branch of the country’s economy. However, it has faced issues of late due to the shift towards the “greening” of the automative industry. InoBat expects to be able to benefit from a possible nearshoring of battery manufacture, eventually even weaning Europe’s carmakers off Asian imports.

“Today, Europe still remains heavily dependent on Asian suppliers of EV batteries,” explains Petronela Halamova of InoBat. “However, the demand is projected to overcome supply on the EU market within less than five years. Therefore, nearshoring is bound to happen in order to support European technological sovereignty and is one of the main reasons for the EU battery boom of recent years.” 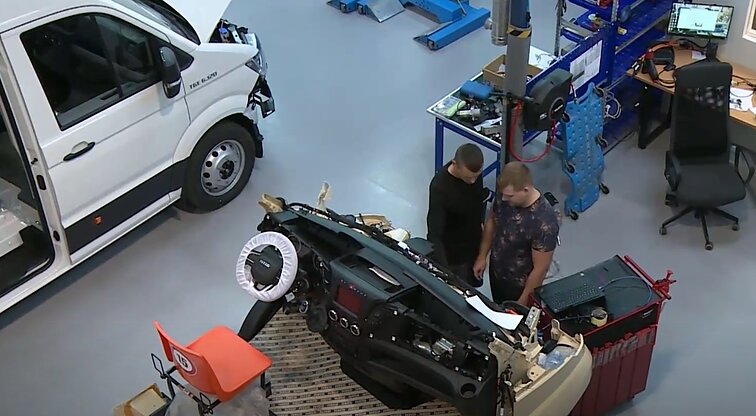 While countries like Poland and Romania are now making significant plays in e-mobility in terms of both adoption and manufacture, Croatia has been slower on the uptake. According to Tin Koren from Strujni Krug, an association of EV owners in Croatia, the country is near the bottom of the list in the EU with just 730 fully electric cars on its roads. Still, it fares better than non-EU countries in the region, such as Serbia, where the number of BEVs on the road is only 102.

Koren explains that while the Croatian government offers subsidies for the purchase of EVs, the way it went about doing so leaves a lot to be desired. The country offers the subsidies just once every year, so for the other eleven months the country’s EV market is mostly in hibernations. Additionally, there is an issue of unused subsidies as the funds are not tied to the immediate moment of car purchase.

“We are currently working on changing how subsidies are given out, so that they’d be offered throughout the year and when the car is being bought, as well as bettering the charging infrastructure,” Koren says.

Not that Croatia is without success in the EV field. Rimac, which last year attracted investment from Porsche and Hyundai, already produces one of the fastest electric cars in the world, the C_One, and is currently working on its C_Two model, expected to be the fastest production car ever made when it goes on sale next year. Its price, however, probably around two million euros, means that mass uptake is unlikely. The Rimac, after all, is a supercar, and will remain a curiosity.

If less exclusive electric vehicles are to not suffer the same fate in emerging Europe, it is clear that governments need to work on making the infrastructure that supports them, and the subsidies that help procure them, more widespread.

The signs are encouraging, but much more needs to be done. 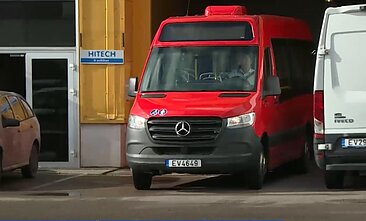 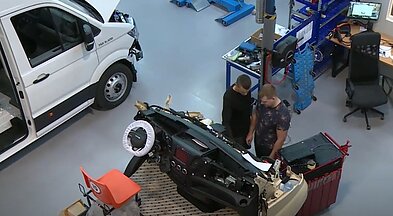 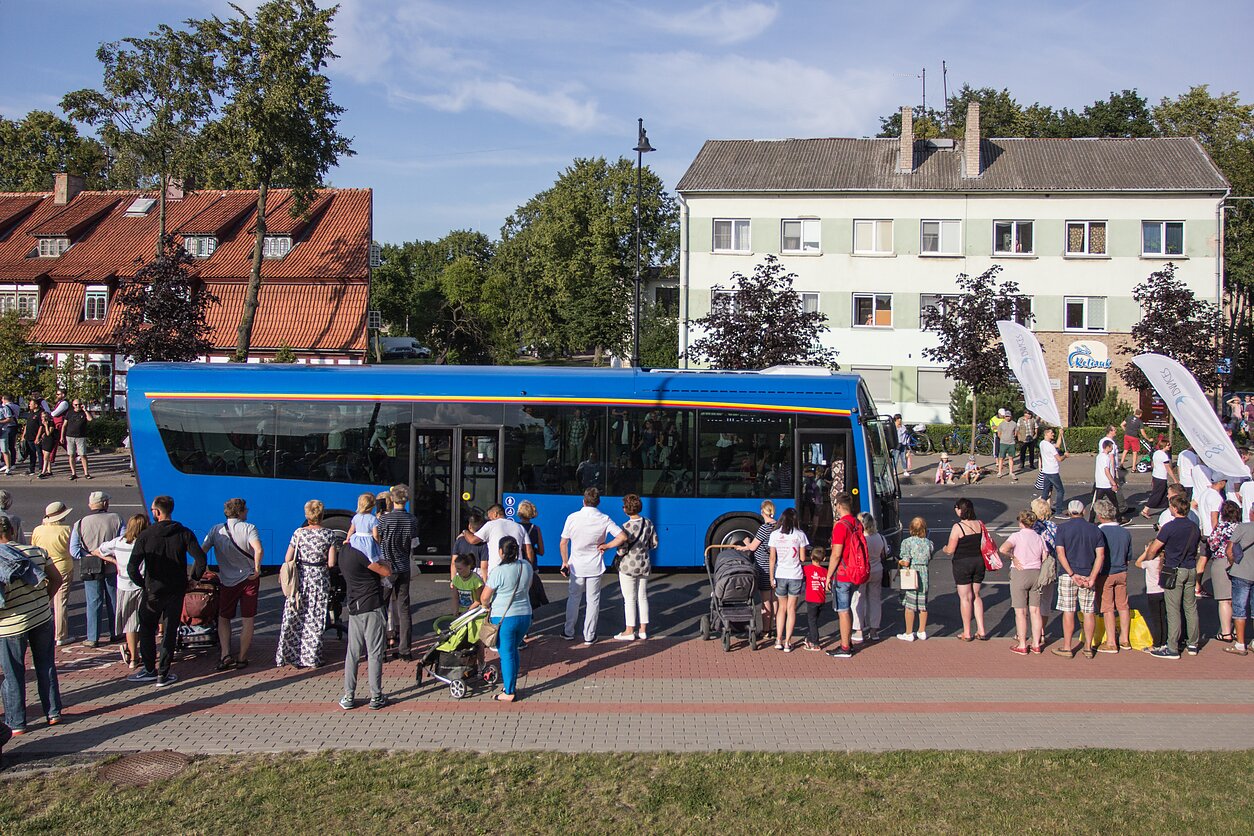 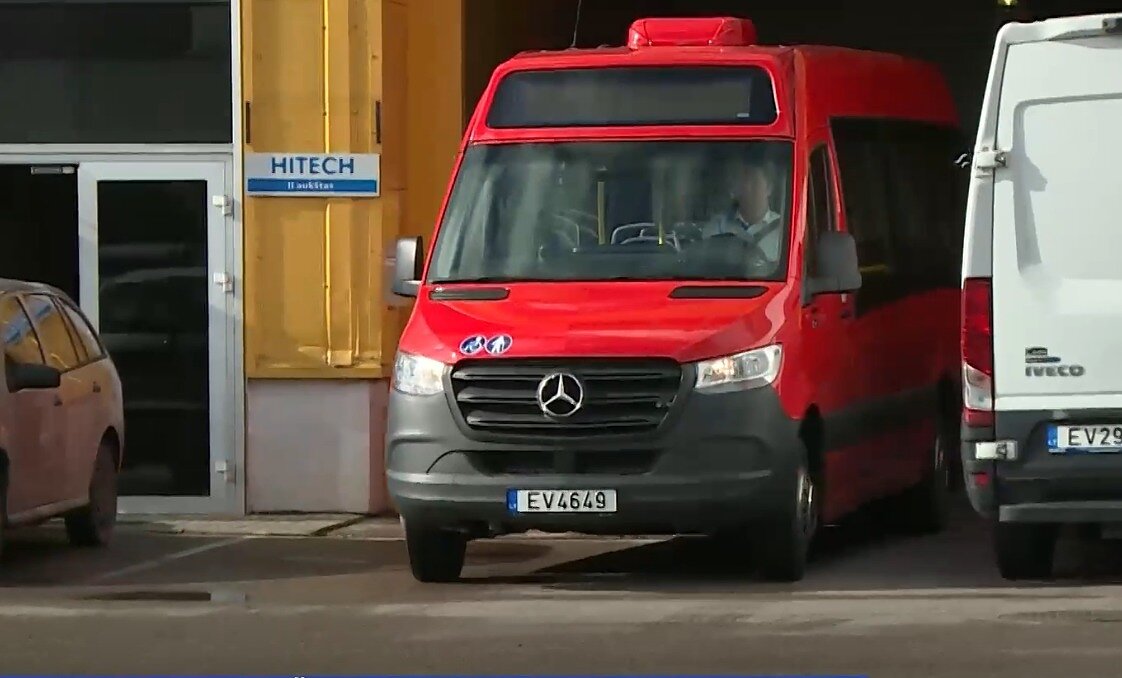 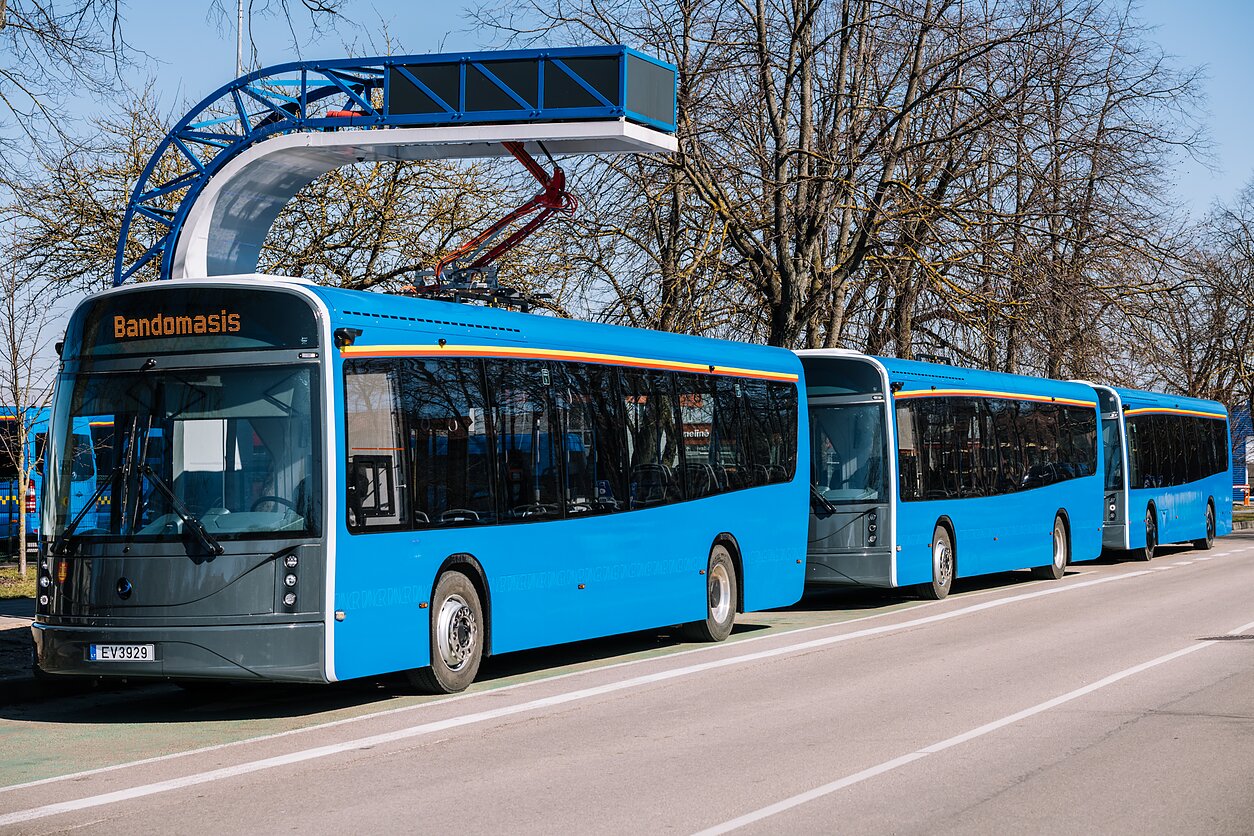 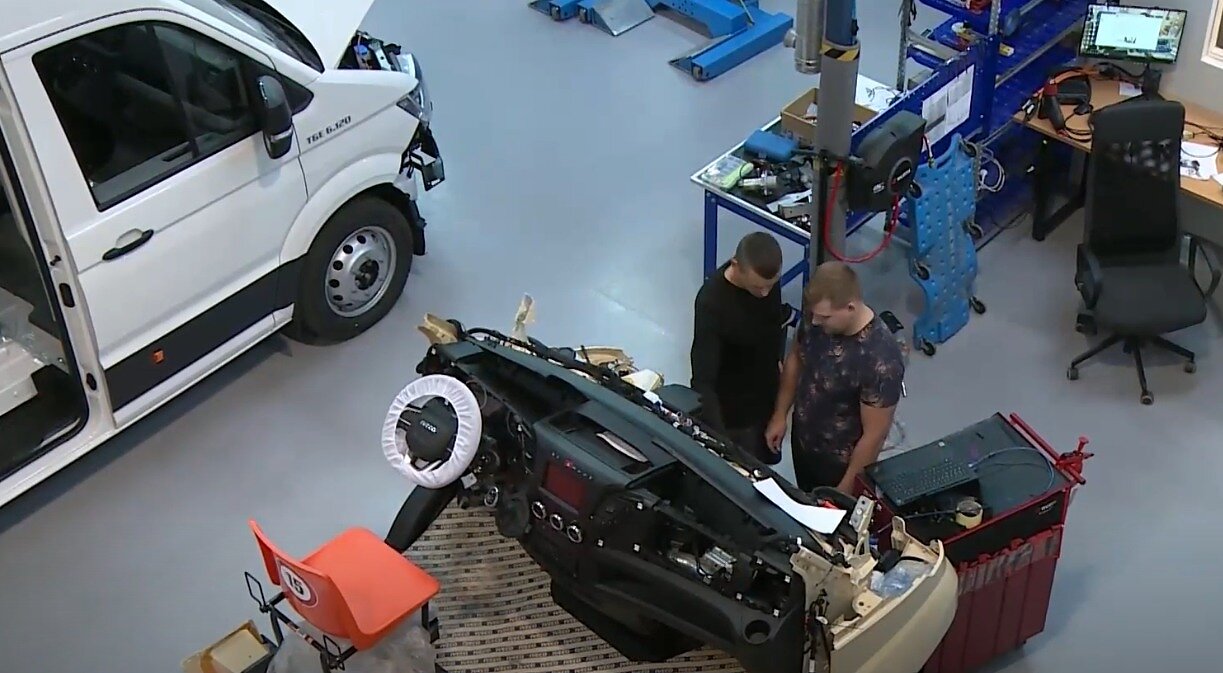