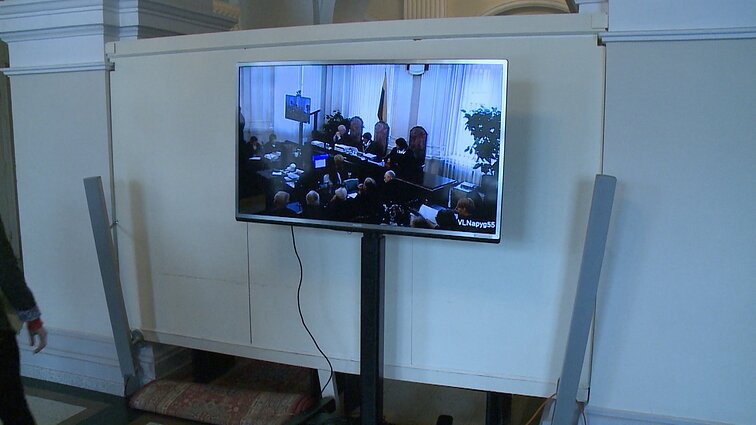 Vilnius court opened hearings into the January 1991 attempted Soviet coup case. The trial is the biggest in the independent Lithuania’s history, in terms of its size and number of suspects.

Vilnius court opened hearings into the January 1991 attempted Soviet coup case. The trial is the biggest in the independent Lithuania’s history, in terms of its size and number of suspects.

The trial includes nearly 500 victims, about 1,000 witnesses and over 60 lawyers; the case consists of 709 volumes.

The 65 individuals charged in the trial face charges of war crimes and crimes against humanity. All of the defendants, with the exception of Russian citizens Genadij Ivanov and Yurij Mel, will probably stand trial in absentia. Ivanov's identification papers were taken away by the authorities,  to make sure he does not flee the country, Mel is held in detention.

An opportunity to stand trial in absentia has become possible when the Lithuanian Parliament adopted a special law, in 2011.

According to the Vilnius County Court, the defendants have also been informed that their decision to attend the hearings will lead to suspension of the European Arrest Warrants, with a guarantee of unimpeded entrance to Lithuania and travels within the country.

In early hours of January 13 of 1991, the Soviet Union's military units attacked the Vilnius Television Tower and the Radio and Television Committee Building, killing 14 unarmed civilians.

Vs from the court

GINTAUTAS PASKEVIČIUS, Prosecutor, Lithuanian Prosecutor General Office:
In the beginning of investigation, we sent requests for legal assistance to Russian Federation asking to interrogate Mr. Gorbachev. There were around 30 questions or more he was supposed to answer, if I remember correctly. However, there was no response – in fact if we did receive it, but the answer was refusal to cooperate.

More shots from the court

It is because of the law adopted in 2011.
GINTAUTAS PASKEVIČIUS:
This law allows judging in absentia.
DAIVA SKORUPSKAITĖ-LISAUSKIENĖ:
But investigation was always ongoing.

GENADIJ IVANOV, one of the accused in the 13th January case:
I do not consider myself guilty. I did not implement any orders, and it was only by coincidence that I had been accused guilty.

DALIA GRYBAUSKAITĖ, President of Lithuania:
Children born in 1991 breathed in an air of freedom together with Lithuanian state. At the same time they learnt to stand on their own feet, they are adults now and they have just as strong determination, if needed, to defend Lithuania. The best example is 3000 volunteers who joined the army (refers to conscription that was reinstated last year, and most of those who started service were volunteers). 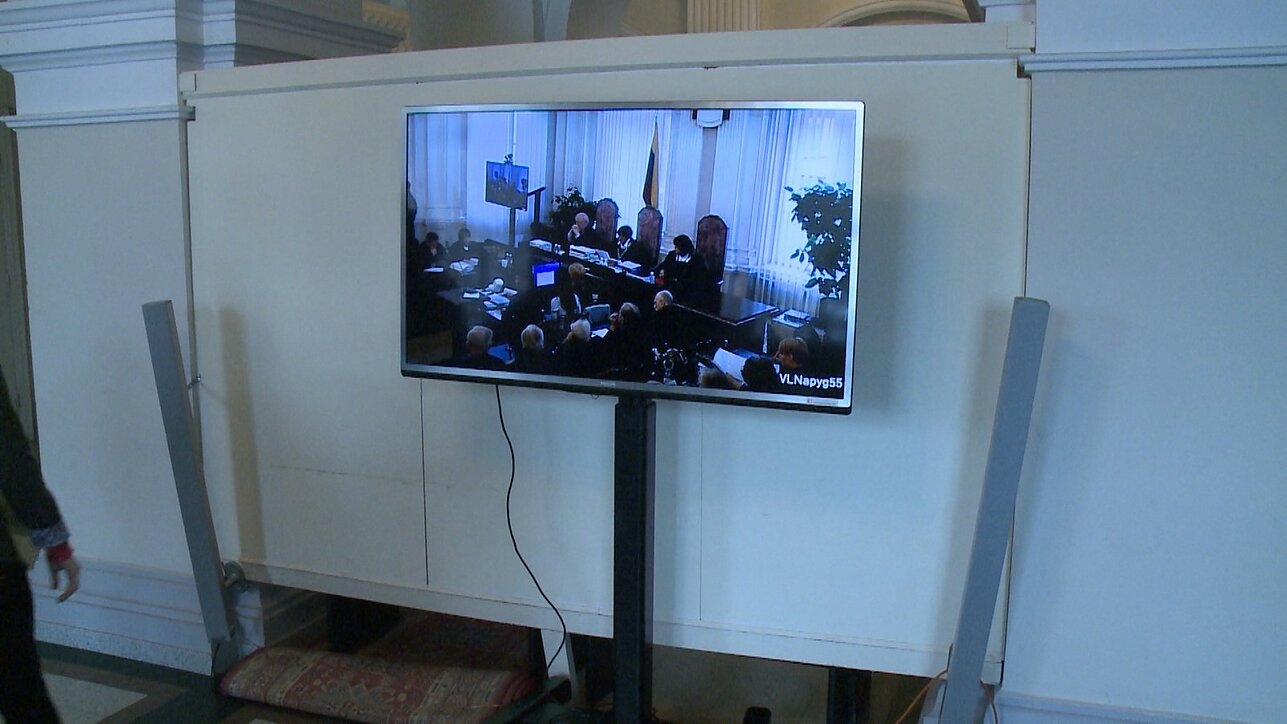