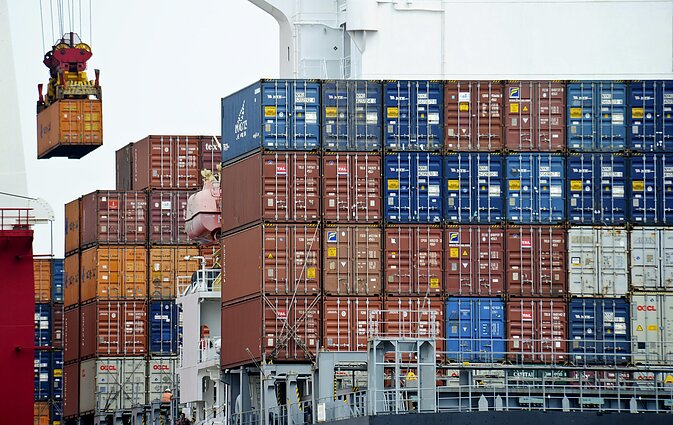 The Three Seas Initiative, which involves the Baltic states and nine other countries, started as yet another intra-EU cooperation forum, but has been enthusiastically embraced by the US to curb China's penetration into Central-Eastern Europe. Deutsche Welle, partners of LRT English, report.

In 2015, Poland and Croatia initiated the Three Seas Initiative, also known as the Baltic, Adriatic, Black Sea (BABS) Initiative. It is an ambitious forum of 12 European Union states along a north–south axis from the Baltic Sea to the Adriatic Sea and the Black Sea in Central and Eastern Europe, that includes Bulgaria, Estonia, Croatia, Latvia, Lithuania, Austria, Poland, Romania, Slovakia, Slovenia, the Czech Republic and Hungary. The initiative's aim is to foster dialogue and develop the region's relatively weak infrastructure.

There is plenty of potential, considering the member states comprise 28 percent of the EU's territory and 22 percent of the population, yet only contribute 10 percent of the bloc's GDP. Before the coronavirus pandemic struck, they enjoyed the highest economic growth in the EU, approaching 3.5 percent compared to the bloc average of 2.1 percent.

But so far the initiative has made sluggish progress, mainly because of a lack of funds as member states have been slow to pay into a fund set up by a Polish and a Romanian bank. In February 2020, US Secretary of State Mike Pompeo pledged 1 billion US dollars (850 million euros) for the fund. Further funding measures are expected to be discussed at the initiative's fifth summit that will take place in the Estonian capital Tallinn this week.

Read more: China's cooperation with Russia and Belarus a 'risk factor' for Lithuania 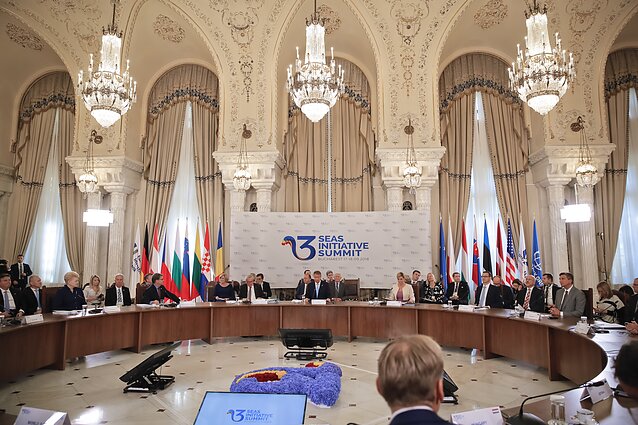 Poland's Deputy Foreign Minister Pawel Jablonski recently announced that this would be an “extraordinary summit”. “After years as an overwhelmingly political project, the initiative will now become an economic project,” he predicted.

He said that Poland would particularly support the building of gas pipelines between northern and southern Europe, which would make it less dependent on gas supplies from Russia. He added that digitalisation was important so that the region could become a “hub of the latest technologies”.

The US is also keen on using this occasion to curb China's influence on mobile phone technologies with its “5G Clean Network Security” plan.

This was one of the reasons behind Pompeo's trip to Europe in August. “The tide is turning against the Chinese Communist Party and its efforts to control information,” he said in early October during a visit to Slovenia, where a joint declaration that will effectively ban the Chinese technology giant Huawei from doing business in the EU was signed. 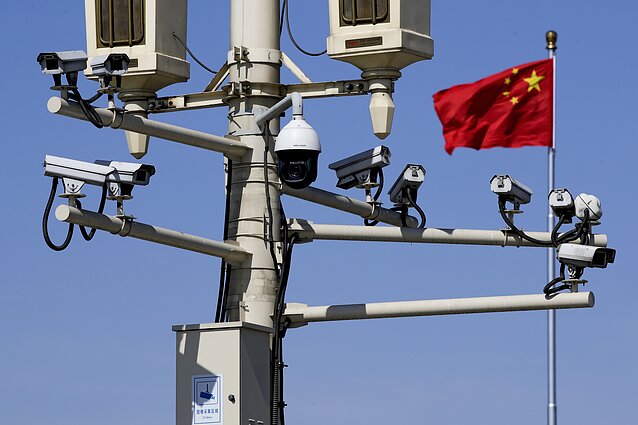 While most western European states are still deliberating over whether to grant Huawei access to their markets, many central and eastern European countries are going ahead with plans to distance themselves from China.

Estonia, which markets itself as a digital society, also joined the US Clean Network Security programme last month and plans to present its Smart Connectivity project, intended to support the digitalisation of the EU's north-south axis, at the upcoming summit.

Keith Krach, US undersecretary of state for Economic Growth, Energy, and the Environment, will also attend, as well as representatives from the US tech giant Google.

According to Kamil Zajaczkowski, director of the Centre for Europe at the University of Warsaw, Poland, the US is using the Three Seas Initiative to pursue its own economic interests in the region.

“When the initiative came into being, China did not yet play such a major role; the member countries simply wanted to promote joint projects. Then the US discovered that the initiative could become an instrument in the fight against China's advance in this part of Europe,” Zajaczkowski told DW.

At the moment, the Americans have a good chance of success, because suspicion of Chinese ambitions is growing in the region. “The coronavirus crisis shows how risky it is to move production to Asia and how unstable supply chains have become,” Zajaczkowski emphasised.

US interest: Influence in Europe

But it is not only the US that sees the potential of the Three Seas Initiative. After US President Donald Trump attended the summit of the members of the initiative in Warsaw in 2017, sharing Poland's critical line on the Nord Stream 2 project, the following year German Foreign Minister Heiko Maas traveled to the summit in Bucharest and even applied for Germany's membership in the group of states. 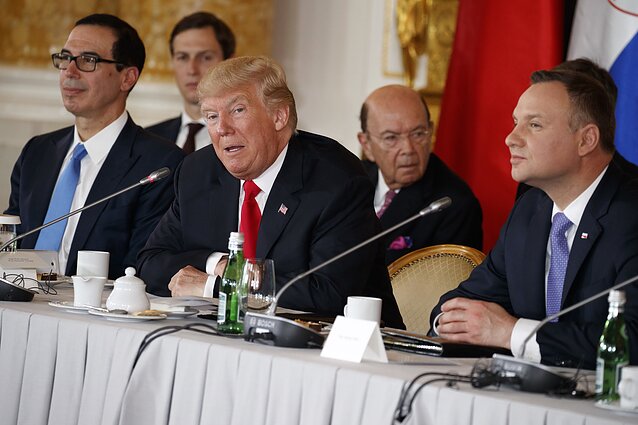 US President Donald Trump at the Three Seas Initiative's roundtable in Warsaw, 2017 / AP

Then in 2019, German President Frank-Walter Steinmeier visited the summit of the Three Seas Initiative in the Slovenian capital of Ljubljana.

While the German interest in membership is barely noticed in Poland, for example, US commitment is acclaimed there. “I thank you for your support,” wrote Krzysztof Szczerski, the Polish president's office chief, in early October after the Foreign Policy Committee in the US House of Representatives approved the Three Seas Initiative.

In the resolution, the Nord Stream 2 and Turkish Stream gas pipelines are criticised as “undermining European energy security”. Other energy projects in the region, such as liquefied natural gas terminals, are praised for this.

The US sees new sales opportunities in this. Poland's President Andrzej Duda spoke of a “historic moment” when the first American gas tanker arrived at the liquefied gas terminal in Swinoujscie, Poland, in 2019. American gas, which is sold in Poland at lower prices than Russian gas, is a quintessential symbol of independence from Russia.

Despite joint projects, the member states of the Three Seas Initiative are politically divided. “The political positions, especially towards Russia, are very different,” emphasises Zajaczkowski.

It has therefore proved impossible to speak with one voice to the rest of the EU. Joint economic projects remain the only chance for real cooperation — while being an “attractive instrument” for the US to exert influence in Europe.

Read more: Lithuanian foreign minister to sign 5G deal with US in Washington 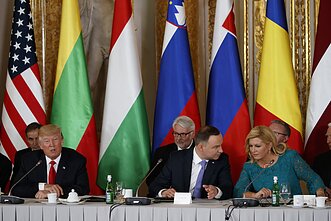 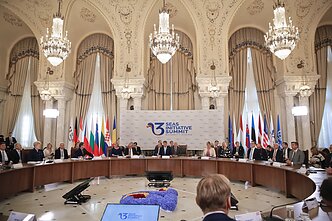 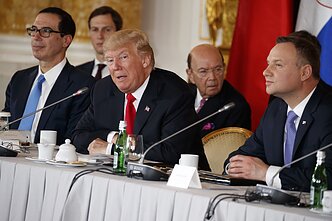 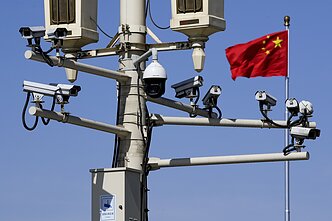 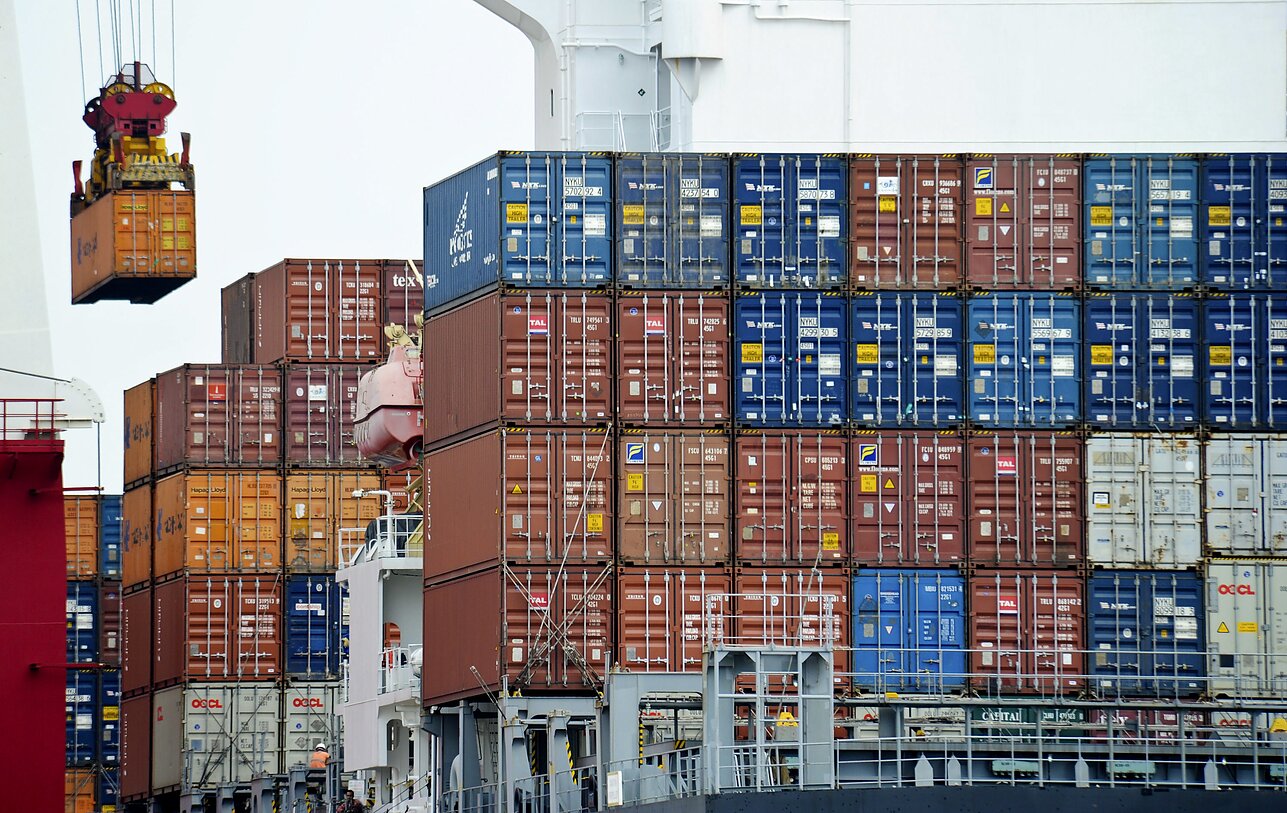 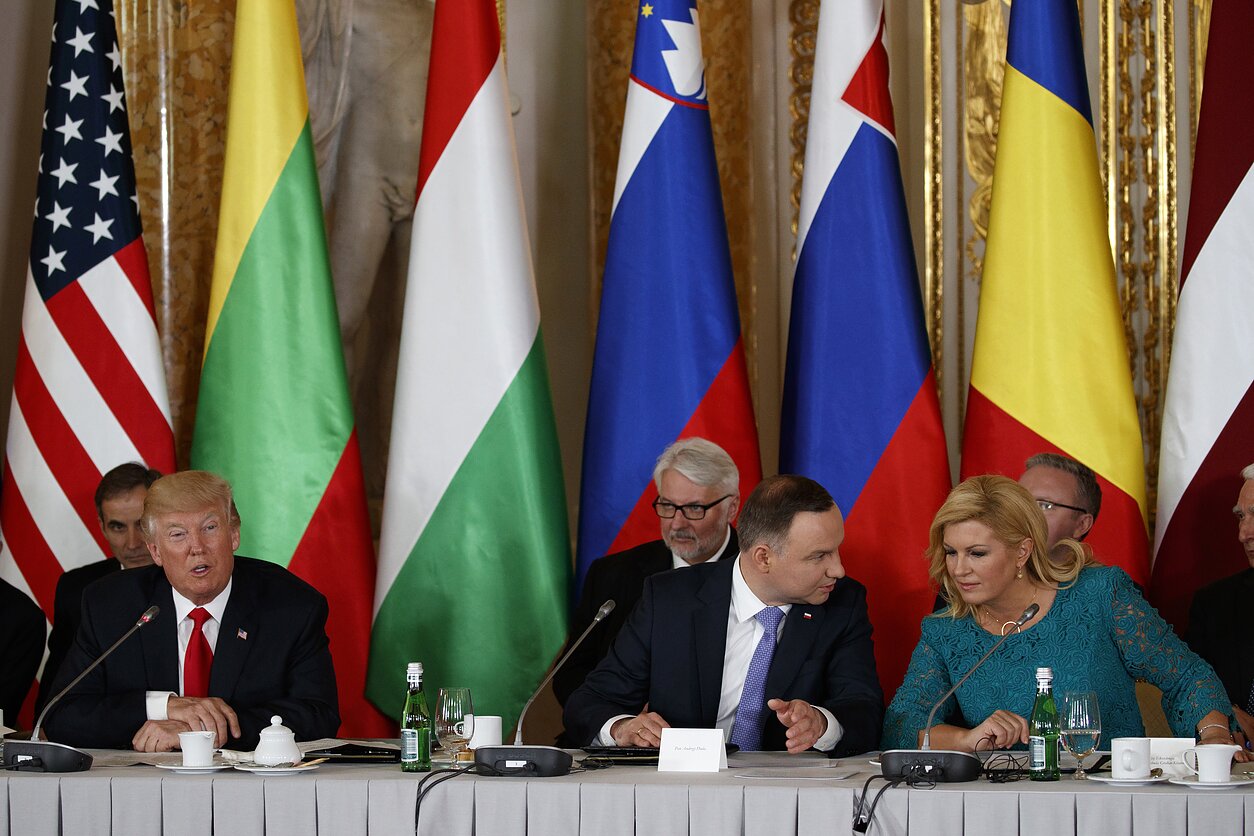 US President Donald Trump at the Three Seas Initiative's roundtable in Warsaw, 2017
2 / 5AP 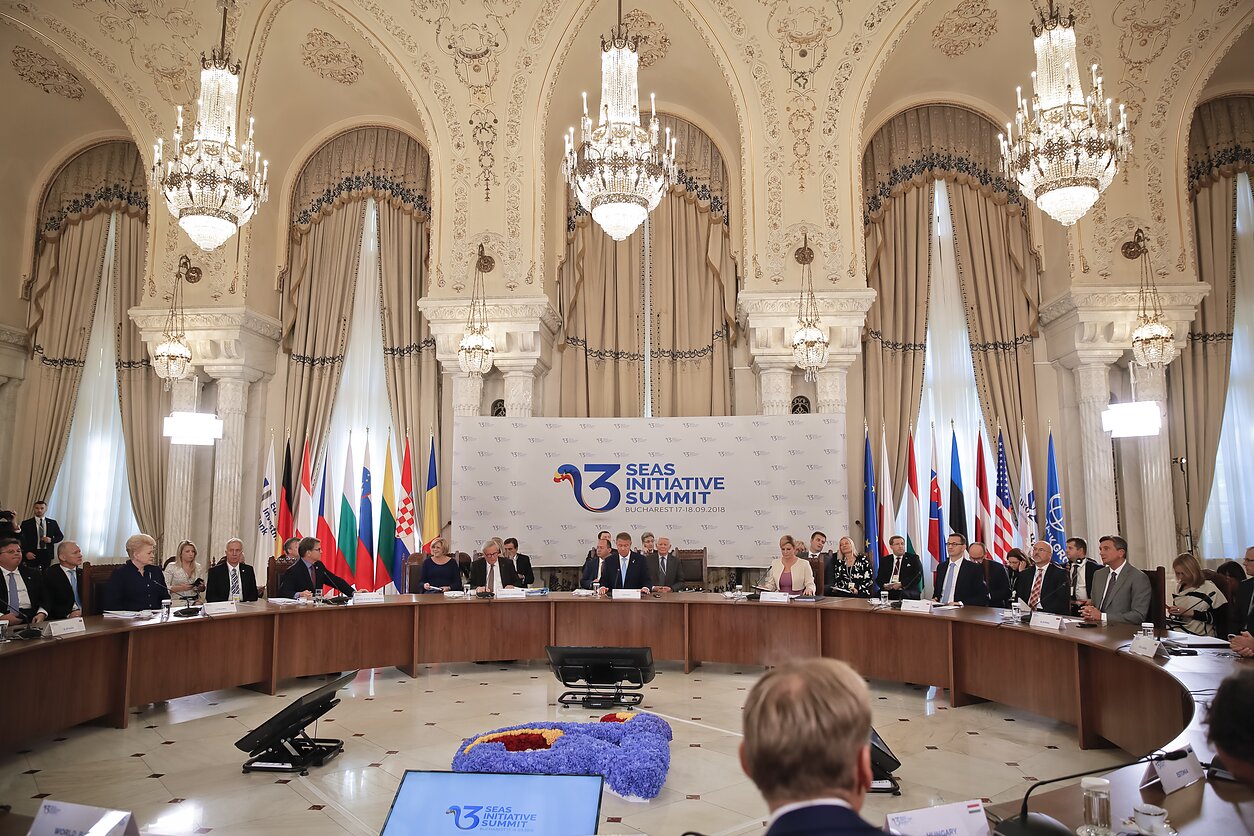 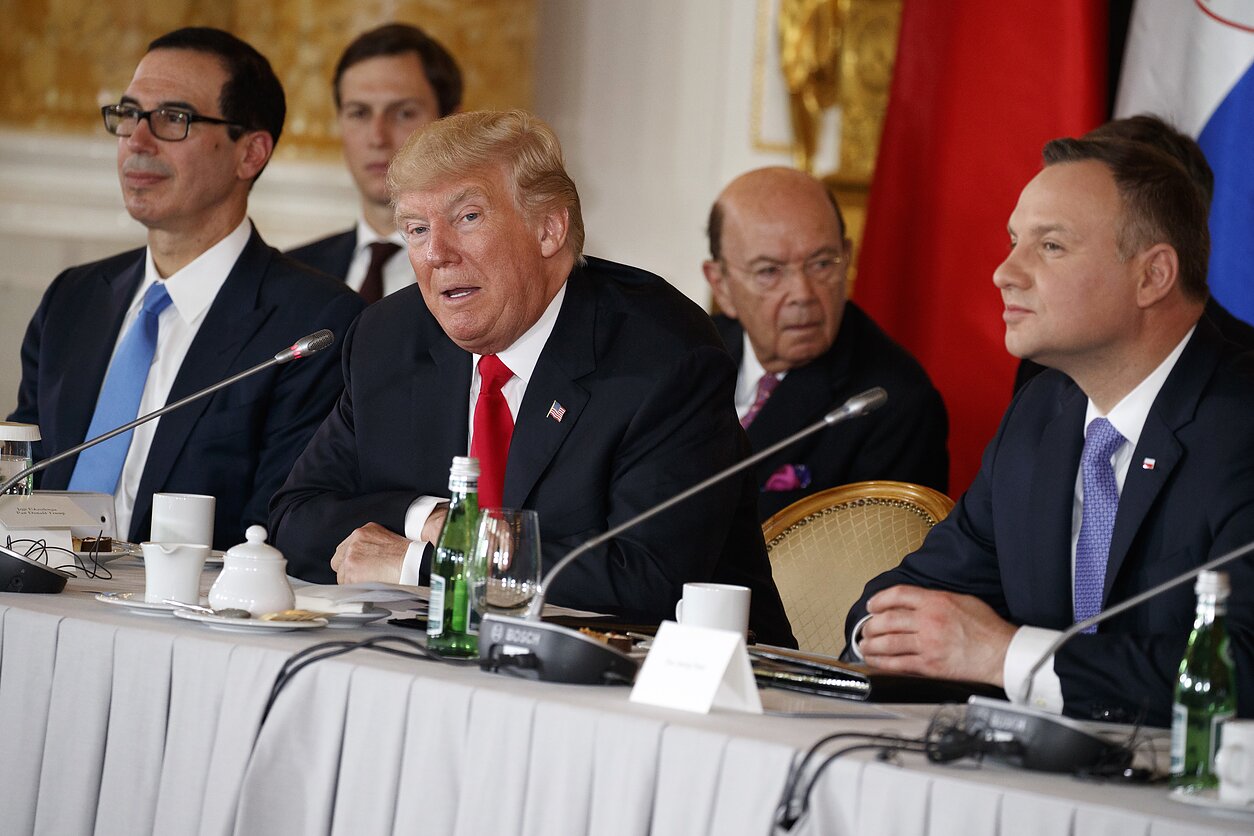 US President Donald Trump at the Three Seas Initiative's roundtable in Warsaw, 2017
4 / 5AP 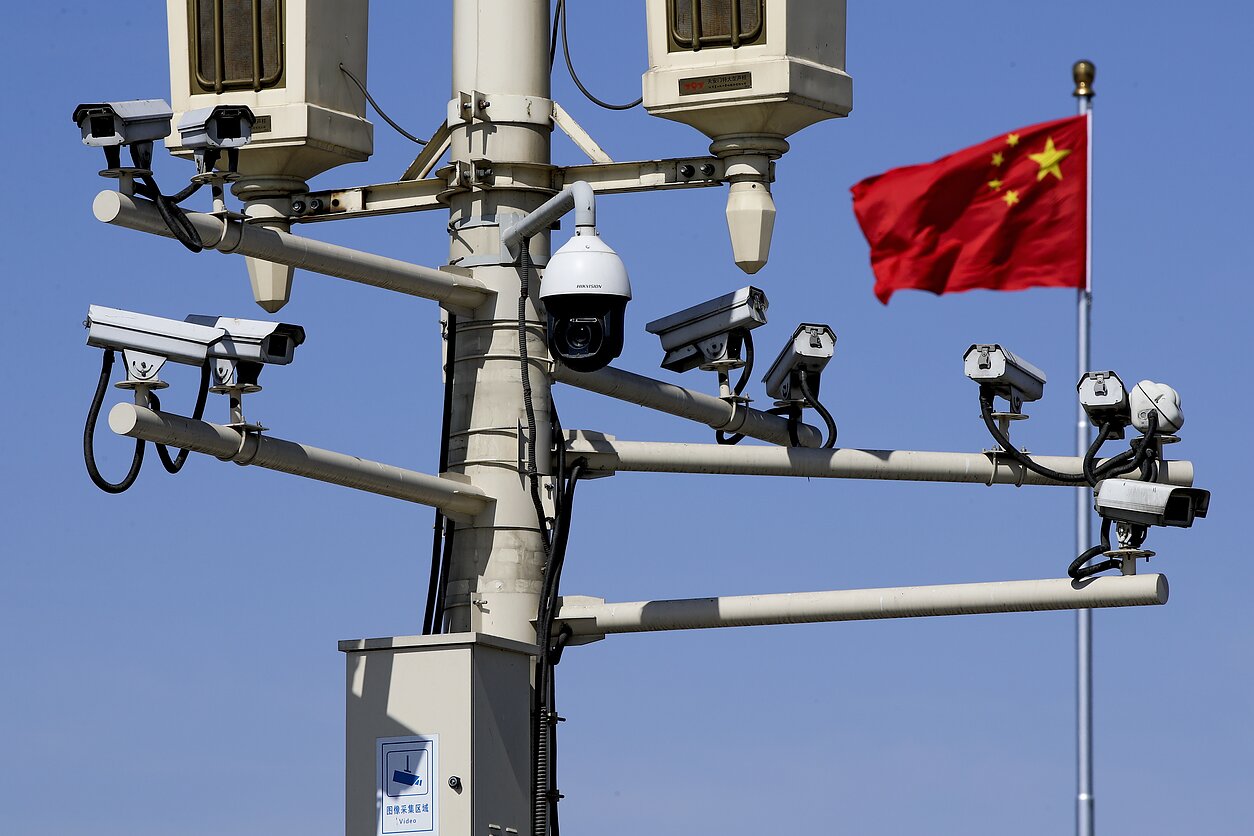