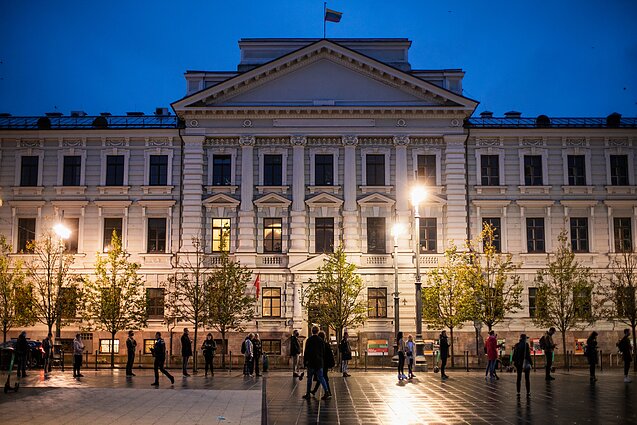 Queue at an early voting site in Vilnius / E. Blaževič/LRT

The election day is Sunday, but voters have been casting their ballots all week, with early voting extended to accommodate for corona safety measures. Some have still gotten stuck in queues.

This time, expatriate voters are electing their own MP, although some have discovered that, ironically, they cannot do so from Lithuania. Meanwhile the prime minister’s wife has caused a minor controversy by posting an endorsement – and reminding everyone of a recent corruption allegation against her husband.

A reminder: here’s what the voters are choosing from and how Lithuania’s rather complicated elections work.

The Belarusian government has accused Lithuania and Poland of destructive activities and hit where it could – at these countries’ embassies in Minsk. Recalling its own ambassadors from Vilnius and Warsaw, Minsk demanded last Friday that they do the same and significantly cut their diplomatic staff.

Initially, Lithuania’s foreign minister said he’d do nothing of the sort, before announcing on Monday that the country’s ambassador would, after all, return to Vilnius for consultations.

The EU has slammed Minsk’s move, while Latvia, Estonia and Germany are recalling their ambassadors from Belarus, too, in a show of solidarity.

THE SPECTRE OF LOCKDOWNS

With stricter anti-corona measures being introduced across Europe, Lithuania’s government seems reluctant to bring back a nationwide lockdown, despite daily infection numbers well above the peak last spring. Instead, one municipality – Raseiniai District, in the central part of the country – is coming under a two-week local quarantine.

Additionally, there will be stricter regulations on public events, but somewhat less restriction on travel. Until now, self-quarantine was required of travellers coming from countries with infection rates above 25 cases per 100,000 people. With Lithuania itself well past that benchmark – and not a single country in the EEA below it – the blacklist will now consist of countries that have higher rates than Lithuania. For now, that means free travel from 10 European countries.

As the Belarusian law enforcement officers keep beating peaceful opposition protesters, EUobserver has reported that the Lithuanian police handed to them 15 drones as part of an EU-funded cooperation project.

The Lithuanian police later clarified that it only transferred EU funds and did so in May – before the rigged presidential election in August and the subsequent violence against protesters – and denied it participated in the handing over of drones.

Lithuania’s Interior Ministry subsequently said it would block any further EU assistance to Belarusian law enforcement pending “clarification from the EC on the apparent risks”.

Was a Lithuanian scientist snubbed a Nobel? This year’s chemistry prize went to two scientists from France and the US for work on gene editing technology – something that Professor Virginijus Šikšnys of Vilnius University was developing at the same time. The trio were awarded the Kavli Prize for their work back in 2018, so it’s only natural that Šikšnys should have shared the Nobel, according to a vice rector of Vilnius University.

NUTS OVER NUTS AND GIANT CARROTS

With a warmer climate, hazelnut and walnut groves have expanded threefold in Lithuania over the past few years and Lithuanians say they can now compete with growers in Italy or Poland.

Meanwhile, a woman in northeastern Lithuania dug up a 2.3-kilo carrot in her garden, a national record-breaker. “Maybe we will cut it up for Christmas and make something tasty,” she commented.

– Is Lithuania the world’s fastest shrinking nation? Not quite – but emigration and low fertility does put it among the fastest depopulating countries.

– Not always natural allies, France and the Baltic states have a more nuanced relationship than their disagreements over Russia may suggest, argues Dutch historian and journalist Jeroen Bult.

– A curious park near Molėtai, northeastern Lithuania, exhibits some 40 installations made from garbage in a territory the size of the Vatican City. Visitors say it’s something between Disneyland and Chernobyl, according to the owner. 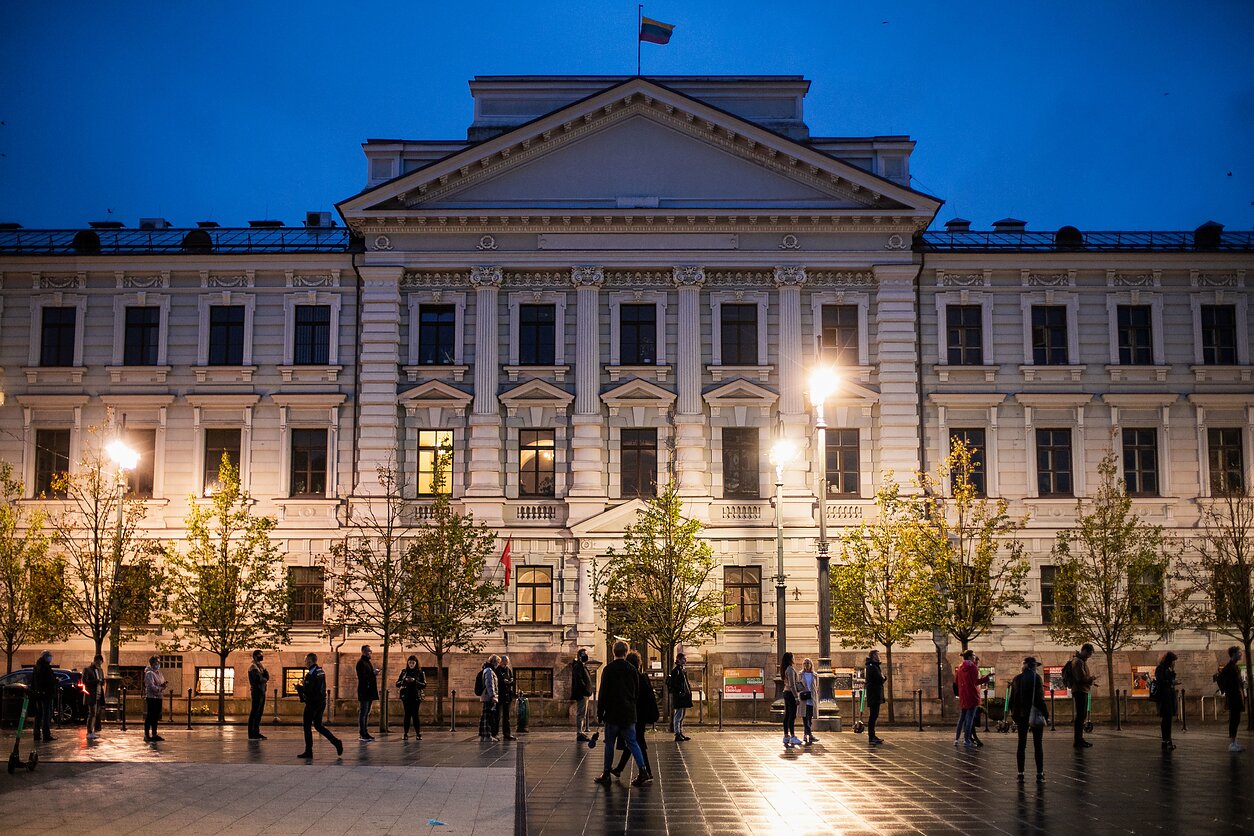 Queue at an early voting site in Vilnius
1 / 1E. Blaževič/LRT