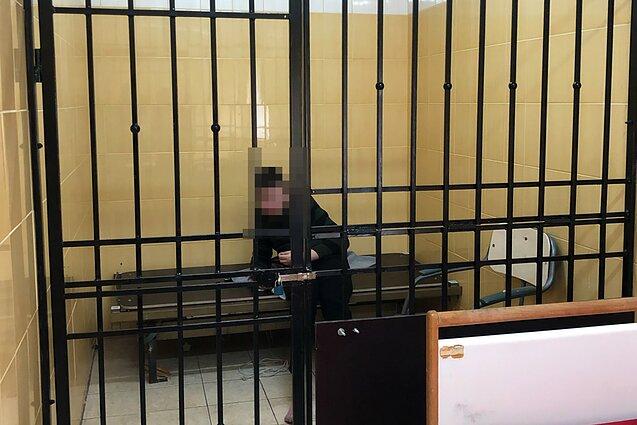 People locked up in dirty cells, forced to eat and defecate in the same room, using metal buckets instead of toilets. These and many more violations have been reported in three social care institutions in Lithuania.

In early September, inspectors from the Ombudsperson’s Office at the Lithuanian parliament, Seimas, found a man incarcerated inside Skemai social care home in northern Lithuania. According to the auditors, the resident had spent more than two weeks in the small cell.

A metallic bunk and a chair with a hole and a bucket underneath serving as a toilet were the only furnishings he had.

The report by the body supervising social institutions in Lithuania noted that the man had been living in Skemai care home since March. The administration of the institution deemed him unpredictable and aggressive, but he did not receive personalised evaluation and treatment.

“The person has not received an individual social care plan. […] It was not clear what kind of help and services he needed to maintain his mental stability,” the report said.

The inspectors also noted general neglect of residents at the social care institution. Workers at Skemai said they did not organise any special activities for the residents and only took care of their food and hygiene. Some of them were also restrained with belts. 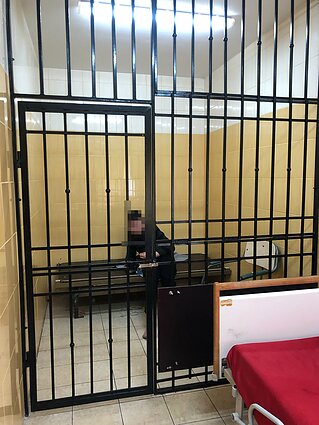 The police launched two criminal investigations into unlawful imprisonment and potential forgery of documents at Skemai.

The Seimas Ombudsperson’s Office has found similar violations in other social care institutions in Anykščiai, northern Lithuania, and Šilutė in western Lithuania.

Anknysta care home in Anykščiai locked its residents in rooms without toilets and provided them with buckets for defecation. As the people could not leave, they also ate in the same rooms.

According to the inspectors’ report, permanent confinement of people in their rooms was contrary to the international human rights standards and was not a proportionate measure to ensure security. It also amounted to degrading treatment prohibited under international law.

In Macikai social care home in Šilutė, the inspectors recorded an unlawful use of belts and straitjackets to constrain residents.

According to the institution, its workers used such measures only in exceptional circumstances to prevent a person and their co-residents from getting hurt. 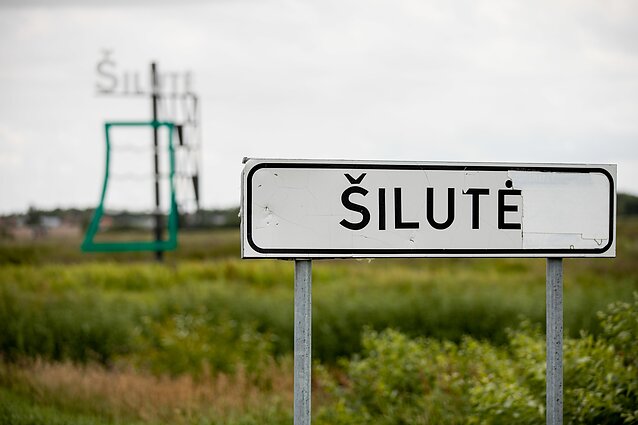 According to Vytautas Valentinavičius, head of the Human Rights Department at the Seimas Ombudsperson’s Office, violations recorded at social care homes in Lithuania were shocking and atypical in modern society.

“We did not think that such things were happening in our country. It was a real shock. We would like to believe that these are atypical cases and that other social care institutions in Lithuania are more advanced,” Valentinavičius told LRT.lt.

According to the human rights expert, social workers justified their actions saying that working with mentally and physically impaired people was challenging, and they did not have any other option but to isolate them.

“But stripping a person of their freedoms is not isolation. It is a crime,” Valentinavičius added.

According to her, the revealed violations exposed a systemic problem of removing disabled people from society and putting them into dysfunctional institutions.

Juodkaitė added that the violations were also a symptom of their workers’ attitude towards handicapped people.

“We have already had a discourse that beating women and children was unacceptable. Now, we need to talk about the security of people with disabilities. We need to understand that they are people that have dignity and rights,” she explained.

According to Juodkaitė, human rights violations are more common in large enclosed institutions, such as social care homes, where conflicts can easily break out between residents, as well as between them and the staff.

Conflicts are even more likely if residents with disabilities are not occupied and do not engage in any activities to help them improve their emotional health. 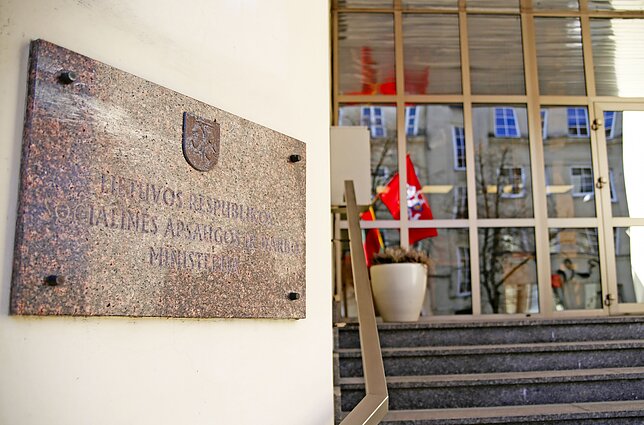 Arūnas Kiaušas, head of Aknysta social care home, partially admitted his fault but said that some residents were too difficult to deal with.

“Some people cannot live here because they need medical care. But doctors do not accept them because they have permanent brain damage and are untreatable,” Kiaušas said.

He added that some residents at Aknysta needed permanent attention, while two of them were so aggressive that they had to be locked up.

Jovita Andrijauskienė, head of Macikai social care home, said that the institution will take the report on human rights violations seriously. She noted, however, that her employees used restraining measures following the recommendations of psychiatrists.

The head of Skemai social care home did not comment on the situation because of an ongoing criminal investigation.

All three institutions belong to the Ministry of Social Security and Labour.

The ministry is aware that large social care institutions cannot meet the needs of their residents, according to Eglė Samoškaitė, an adviser to the social security minister.

“They are not convenient for people with disabilities because they look like closed hospitals, but not like a cosy home,” Samoškaitė said.

According to her, the ministry is conducting a reform to establish smaller community homes instead of large social care institutions.

The new concept would provide for more opportunities for individualised help and direct attention to every resident. 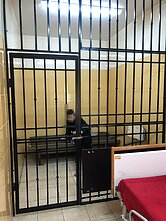 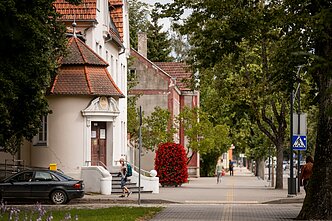 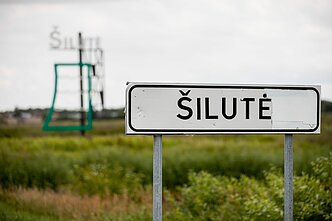 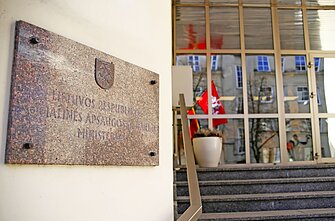 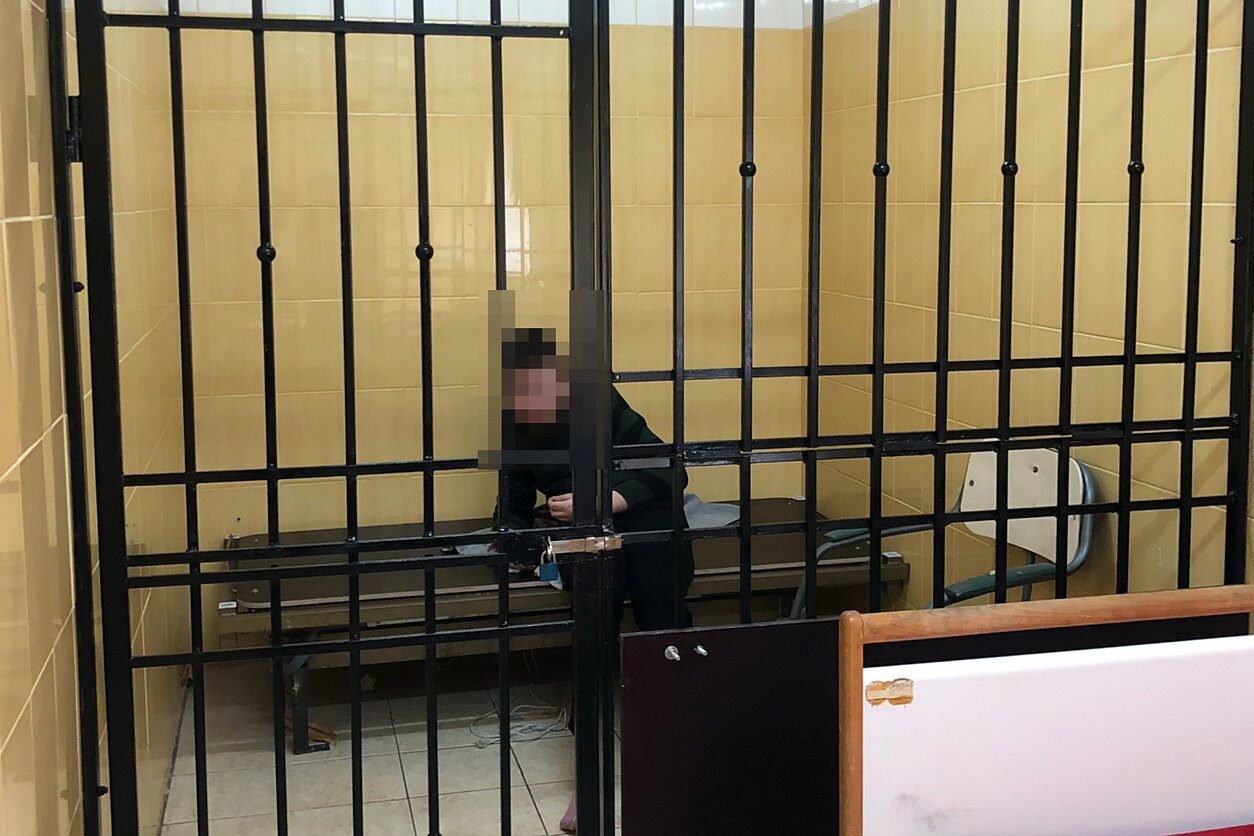 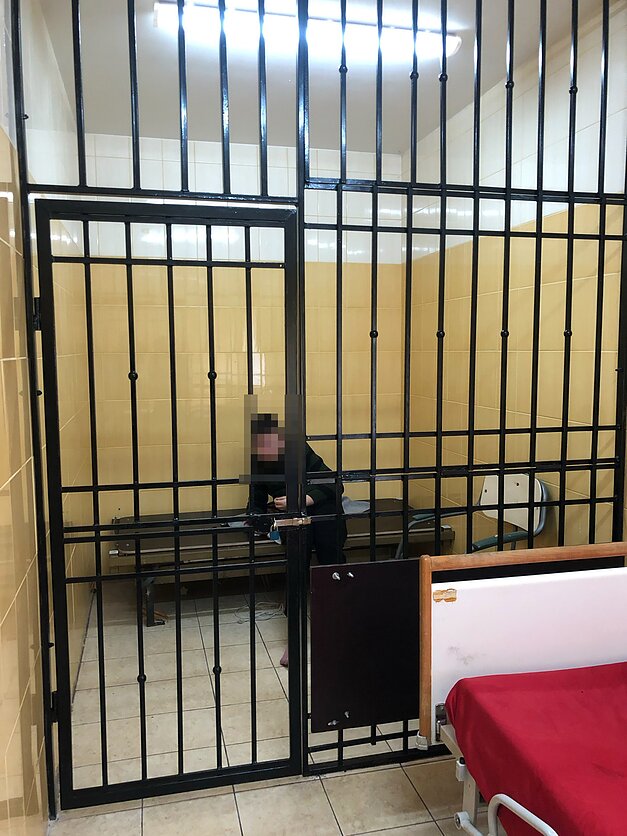 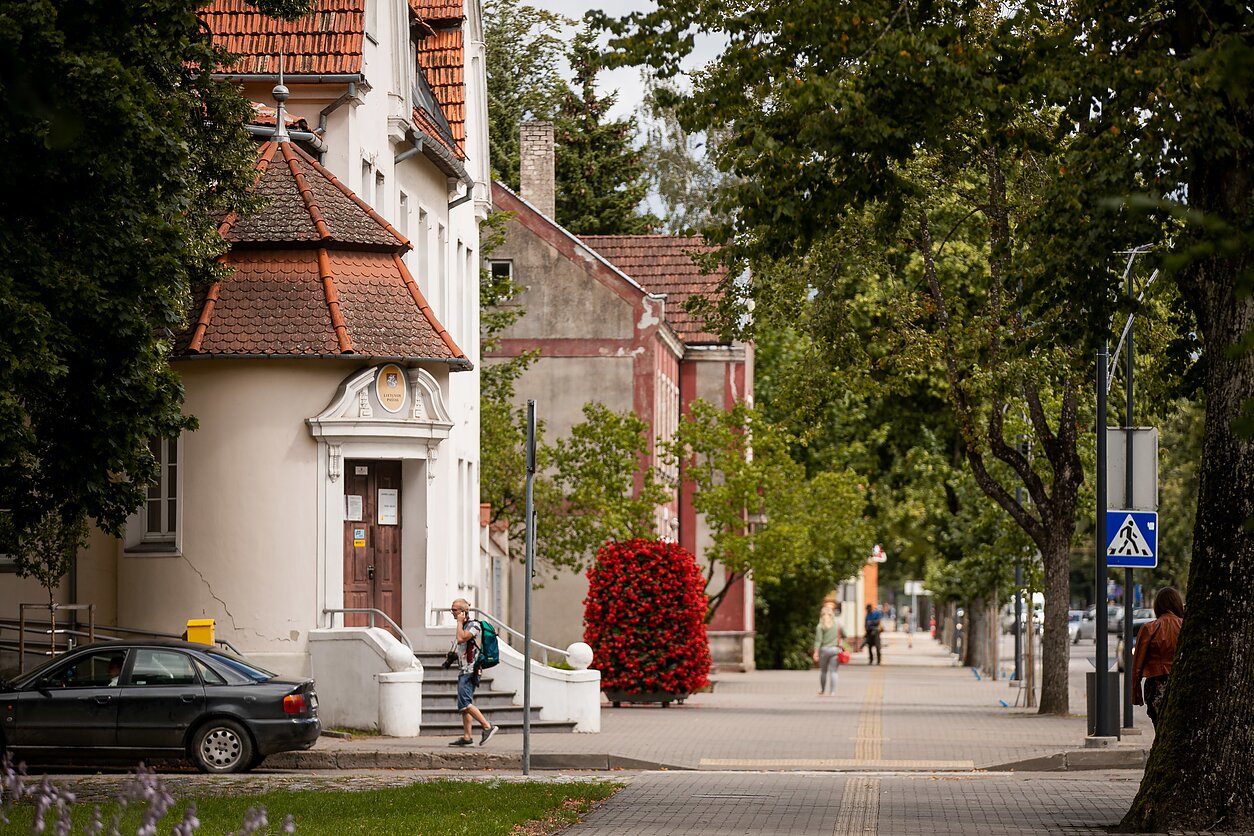 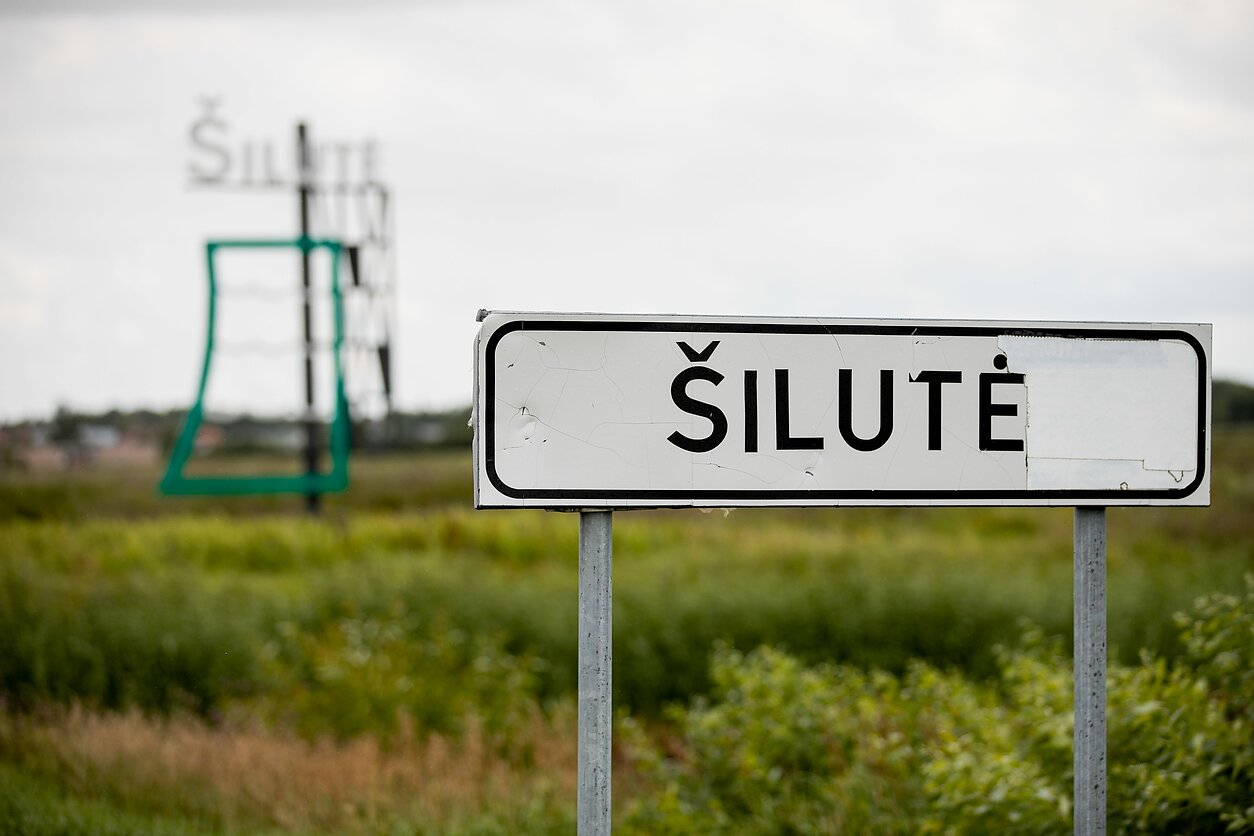 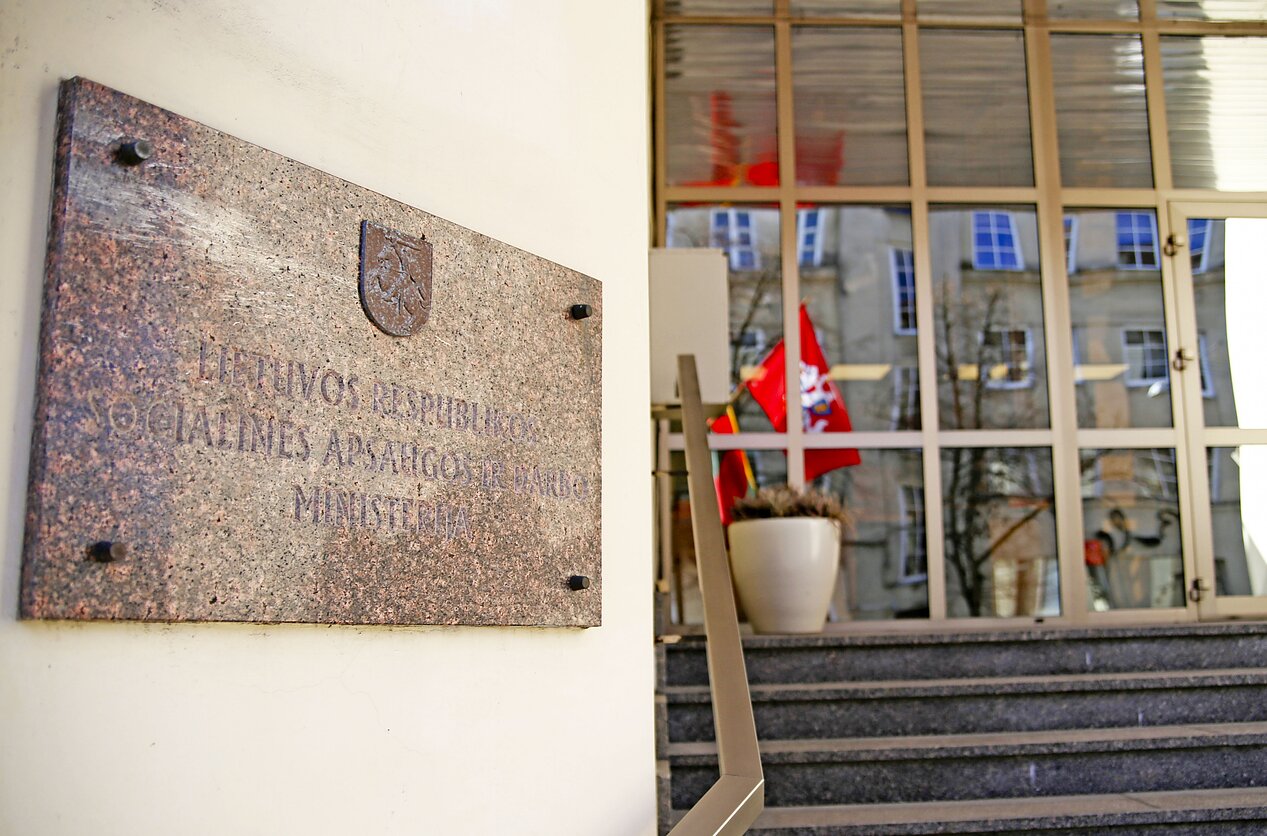