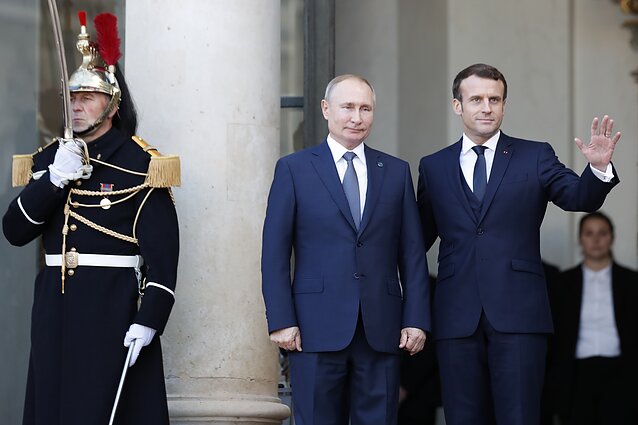 Not always natural allies, France and the Baltic states have a more nuanced relationship than their disagreements over Russia may suggest, argues Dutch historian and journalist Jeroen Bult.

“The visit I am paying to your country is a visit of the Eternal France to the Eternal Russia. Since the very distant times when our two nations were born, they have never ceased to feel a particularly special interest for and attraction to each other.”

These famous words were spoken by General De Gaulle in June 1966, during his visit to the Soviet Union. The obstinate French president thus wanted to underline the national sovereignty of France and its independent position in world politics and within the Western bloc. During the Cold War, France would remain a staunch advocate of cordial relations with the USSR. 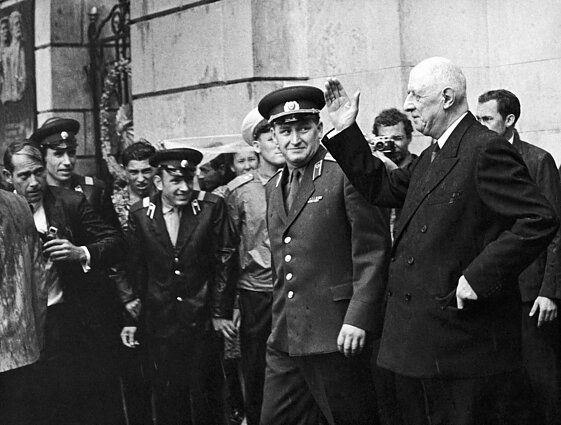 The Soviet Union is long gone, but this specifically French approach to world politics has never disappeared. In the opinion of French policymakers, the European part of the Western bloc should operate autonomously in the global arena, steering a middle course between the United States and Russia (and China). Paris, in close cooperation with Berlin, should take the lead in easing tensions with Moscow and in reviving a constructive security dialogue with it.

At the same time, though, France is eager to hold a firm grip on Germany’s policy vis-à-vis Russia – German–Russian get-togethers have never been appreciated in Paris.

So it hardly comes as a surprise that France’s incumbent President Emmanuel Macron would like to pursue a reset in European–Russian relations – however displeased his Lithuanian and Latvian hosts may have been when he touched upon the topic during his visits to Vilnius and Riga last week.

During the annual Security Conference in Munich in February, for instance, Macron called for a “long-term” strategic dialogue with Vladimir Putin’s Russia. A couple of days earlier, he had told the Poles that it would be “a major error to distance ourselves from a part of Europe that we don’t feel comfortable about” – Russia. 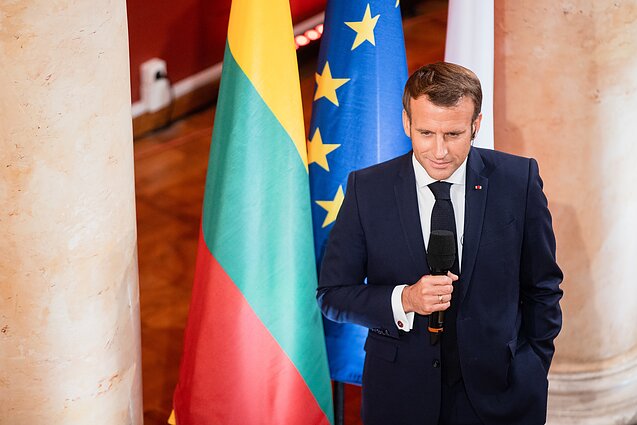 Back in Paris, the president stated that “the principal objective of my approach to Russia is the improvement of the conditions of the collective security and stability of Europe”. Macron even appointed a special “European” envoy – former ambassador to Washington Pierre Vimont – in order to give the strategic dialogue an impetus.

There is a major difference between now and the 1960s when De Gaulle’s France was still the most important political player of Western Europe, though. The countries in the eastern part of the continent are no longer locked up behind the Iron Curtain and have joined the EU and NATO.

Most of them have a complicated relationship with Russia, especially Estonia, Latvia, and Lithuania. There, the wounds of the past – the destructive incorporation into the totalitarian USSR – have not healed yet. Nor does Russia hesitate to rub salt into these wounds by repeating old Soviet mantras about “the voluntary accession of the Baltic Stares to the Soviet Union in 1940”.

This also explains the rather petulant reactions in the Baltic states to Macron’s recent contemplations. Although Lithuanian President Gitanas Nausėda said he endorsed the idea of a security dialogue with Russia, he warned his French counterpart of a possible disappointment “when it turns out that all the effort is just not giving any returns” as Russia’s goals are quite different from France’s.

Nausėda had not forgotten about one of Macron’s earlier provocative outbursts either. In November 2019, the French leader declared NATO, considered by the Baltic states to be their life insurance against Russia, “brain-dead”. It was probably no accident that during his joint media appearance with Macron, the Lithuanian president stressed that “the involvement of the United States in our collective defence system is a critical factor”. 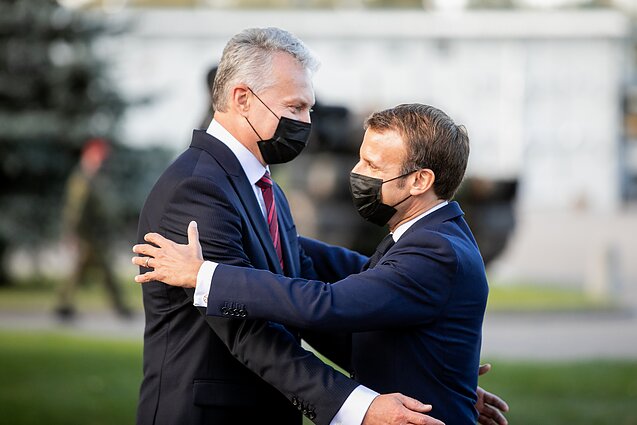 Other Baltic commentators have been less restrained. Back in February, when Macron launched his previous “Russia offensive”, Toomas Hendrik Ilves, a former president of Estonia, wrote on Twitter: “The population of France is 66 million, the population of the Central and Eastern EU members is 75 million. Perhaps it is time for the CEE leaders to make this clear and to stand up more assertively for their interests!”

Dissensions between France and the Baltic states are mainly related to two connected issues: European military, “strategic” autonomy and Russia. Back in early 2003, reacting to their unequivocal support for George W Bush’s invasion of Iraq, French President Jacques Chirac notoriously lashed out at the Eastern Europeans, saying they “had missed a good opportunity to remain silent”, sometimes even translated as “to shut up”. Mart Laar, a former prime minister of Estonia, then sent an angry article to The Wall Street Journal in which he put Chirac’s remark on a par with the 'ukazes' from the Soviet big shots to their vassal regimes.

It would appear that France and the Baltic States have never become true, natural allies. However, the French-Baltic relations deserve to be seen in a broader light of historic facts. As an old European great power with a sense of grandeur, France has a habit of passing by smaller countries and engaging with other great powers directly. 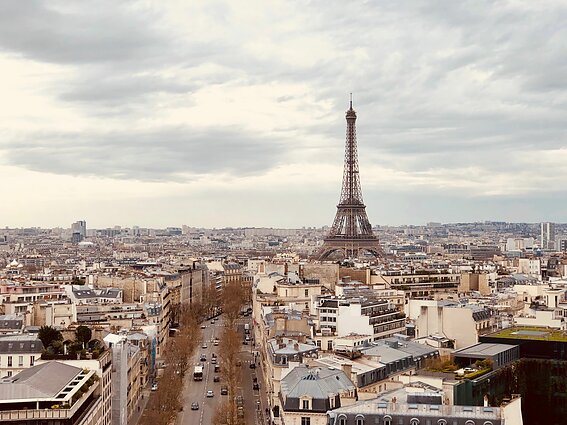 It can be irksome – it was quite an embarrasment when, in November 1990, at a meeting of the Conference on Security and Cooperation in Europe (CSCE, now OSCE) in Paris, the foreign ministers of Estonia, Latvia and Lithuania were at the last moment asked by France to leave the conference room, because Soviet President Gorbachev “might be upset”.

And Macron should have coordinated his overtures to Russia earlier this year with the suspicious eastern EU partners. Still, France is not a cold-blooded poker player eager to sell Eastern Europe to Russia. In its politique extérieure, it can display a remarkable firmness, stubbornness and reliability when defending basic Western principles.

In July 1975, on the day of the signing of the Helsinki Accords, an event that marked the zenith of détente between the USSR and the West, President Giscard d’Estaing declared that “in the view of France, [the Accords] do not imply any recognition of situations that have not been recognised elsewhere” – an allusion to the Soviet occupation of the Baltic States.

Moreover, Chirac’s “shut up” remark followed a rather different statement that he had made during a visit to Riga in July 2001: “If the independence of Latvia is being threatened, not only France, but the entire international community, starting with the EU, will be at Latvia’s side.” 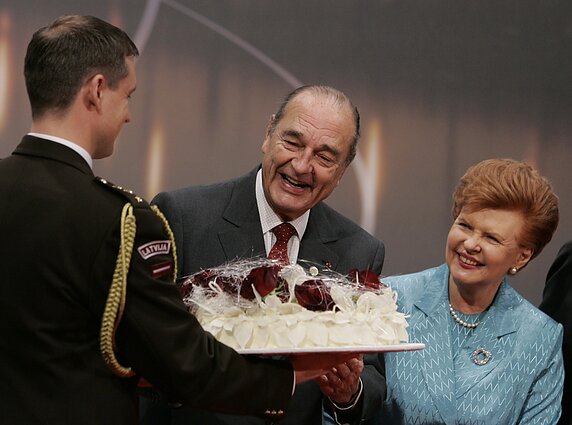 Chirac was also the first major Western European leader who explicitly spoke out in favour of NATO enlargement to the Baltic states (after it became clear that the Bush Administration would push it through). “The Baltic states have freely decided to integrate with NATO. That being their choice, it is thereby legitimate,” he added. A Baltic politician would not have formulated it differently.

When, after Russia’s annexation of the Crimea and its hybrid intervention in Eastern Ukraine in 2014, NATO decided to support the Baltic states, France did not hesitate to send troops to Estonia.

Macron’s statements are not entirely naive either. In Munich, he raised the question of how long Russia would be able to afford its military build-up, taking into account the size of its economy. Russia, Macron continued, is a huge country facing a dire demographic situation. It needs allies, but an alliance with China will not be sustainable: “Chinese hegemony is not compatible with Russia’s feeling of pride.”

Concluding his public lecture, Macron noted that, although it would rather proceed with dividing and destabilising the EU, vulnerable Russia will eventually have no other option but to take part in some kind of European security architecture.

But Macron’s much-desired strategic dialogue with Russia can wait. First of all, he should embark on a strategic dialogue with his allies in Eastern Europe. There is a lot they – including Lithuania, an older nation than Eternal Russia – could teach France about the repressive derailment in Belarus and the ceaseless instability in Ukraine, Moldova and the Caucasus, about the aftershocks of the collapse of the Soviet Union that can still be felt. Monsieur le Président, appoint a special envoy for Eastern Europe!

Jeroen Bult is a Dutch historian and publicist, specialising in Estonia, Latvia and Lithuania. 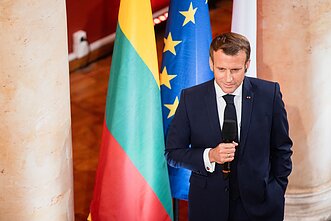 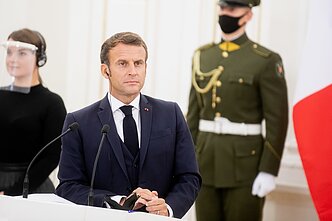 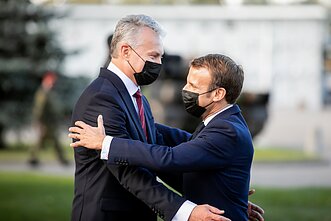 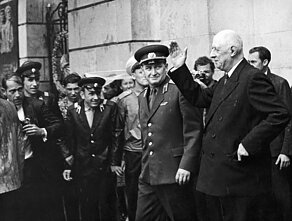 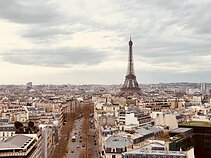 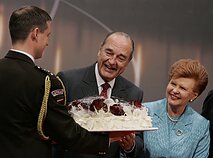 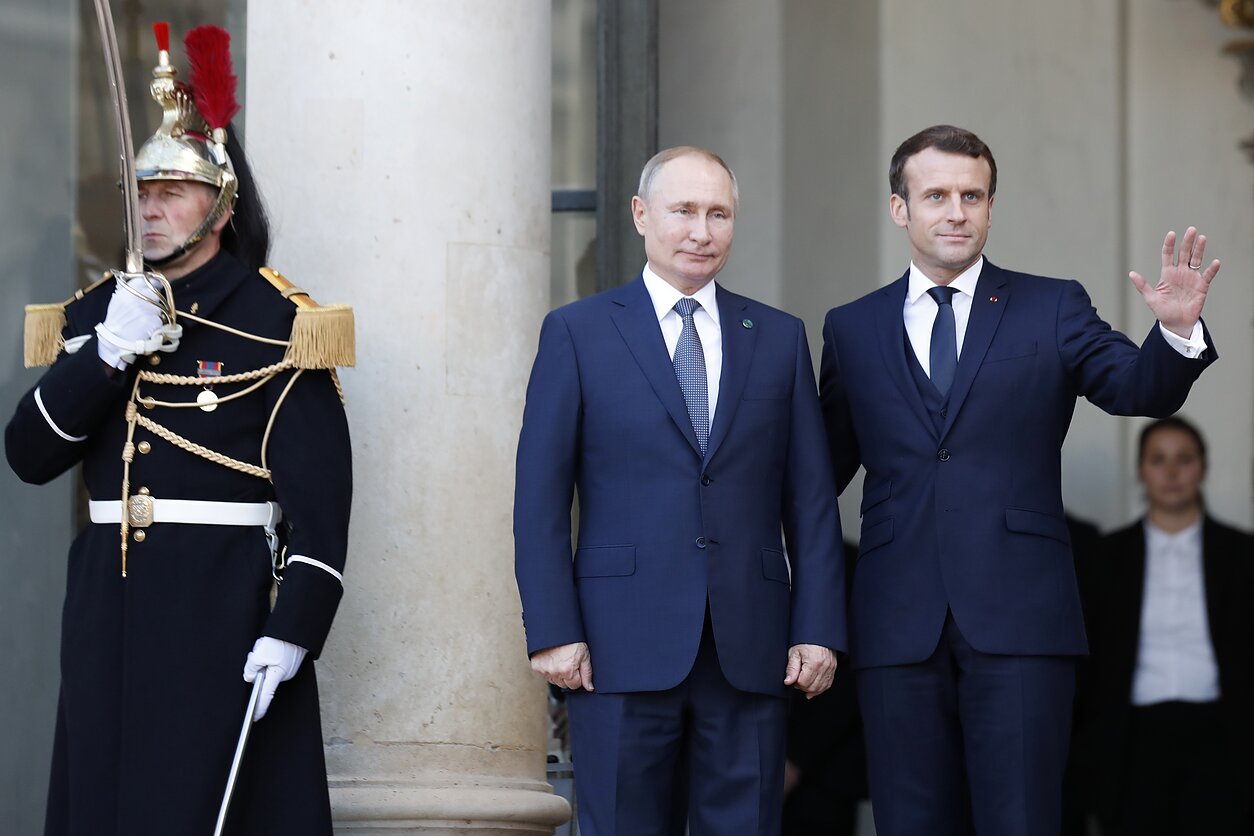 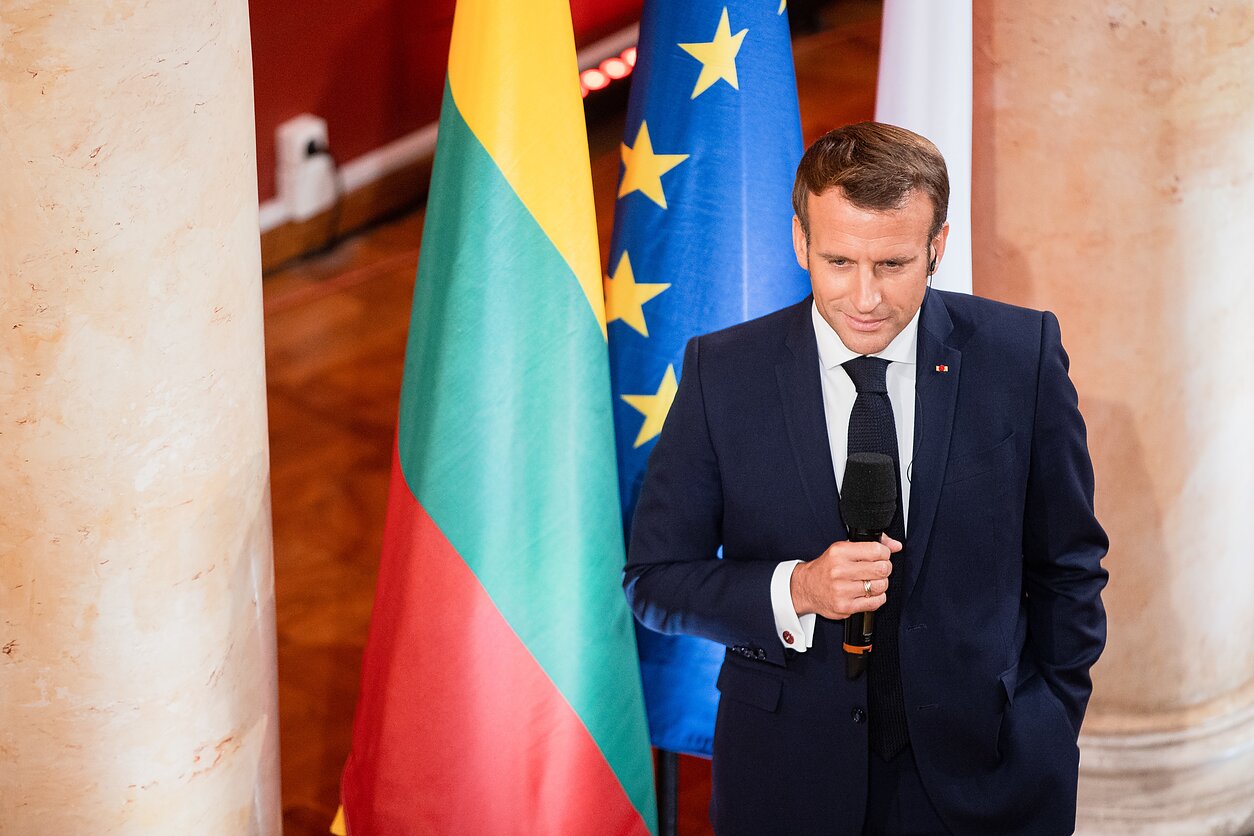 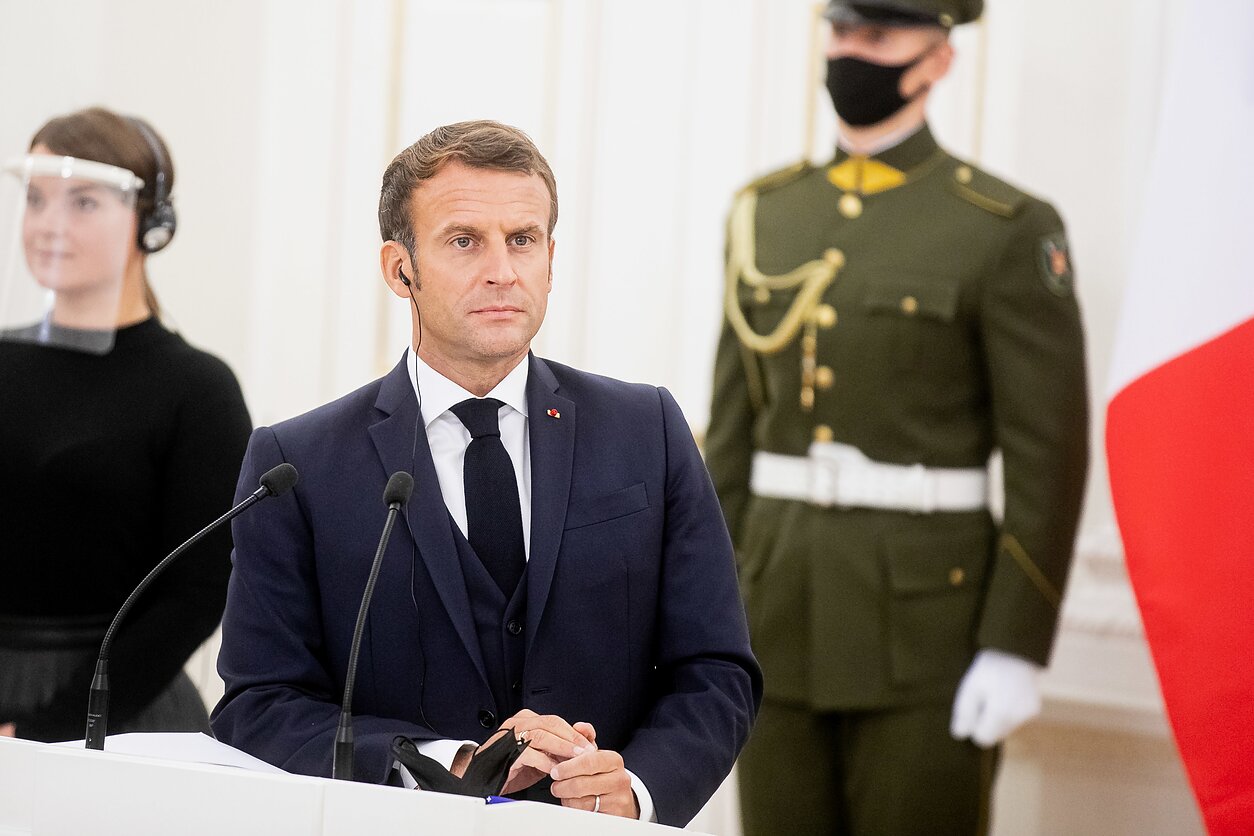 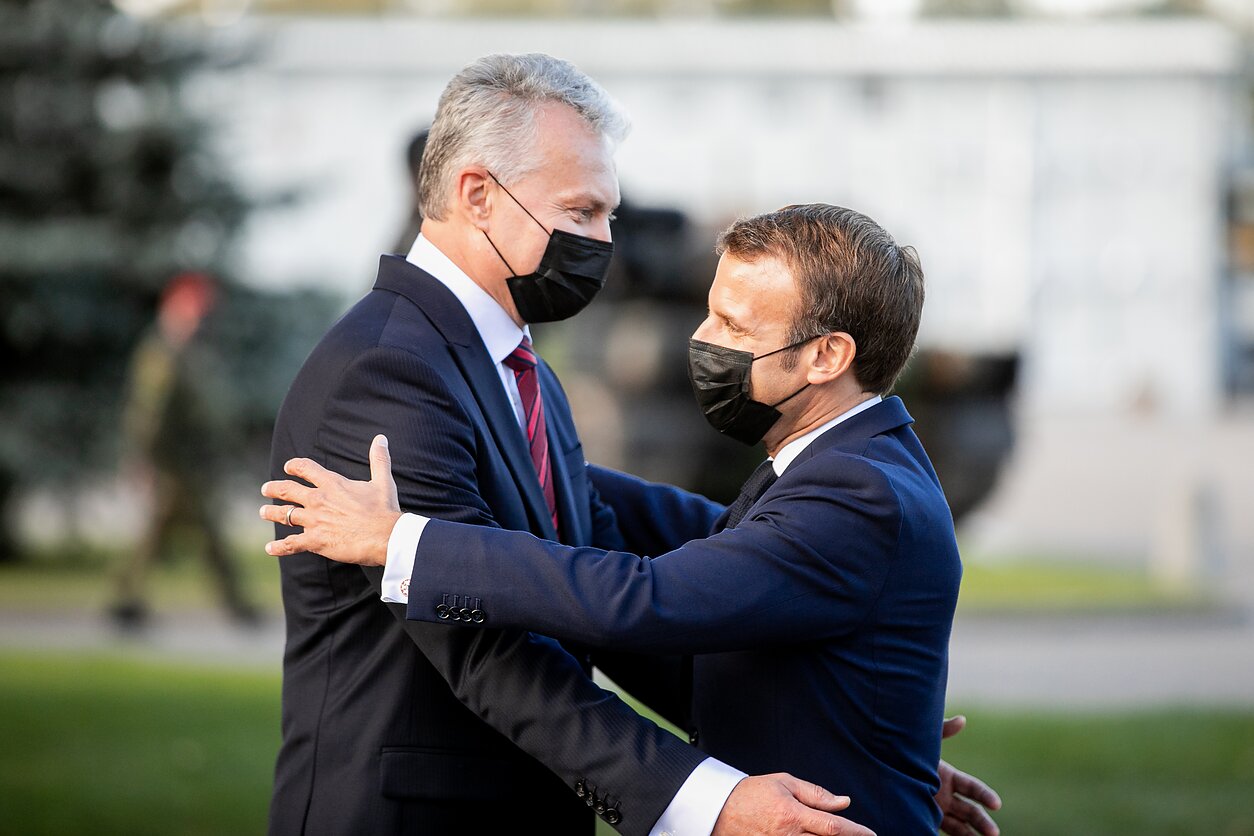 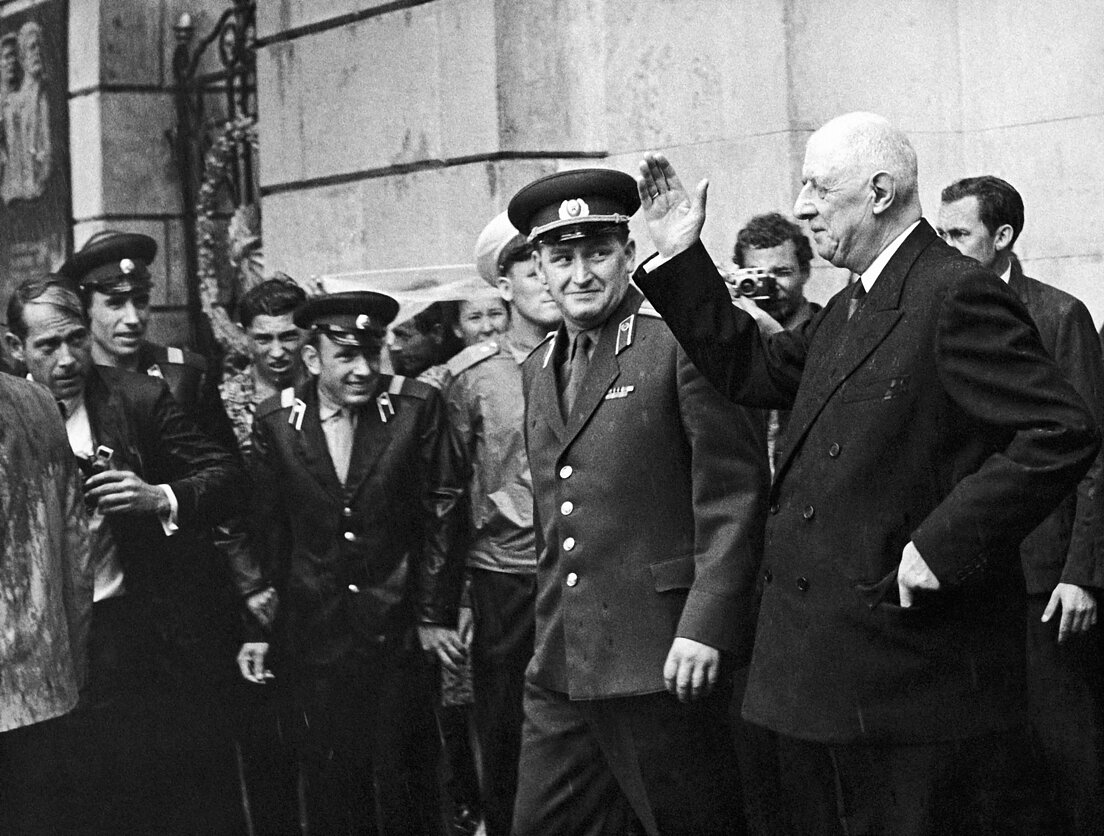 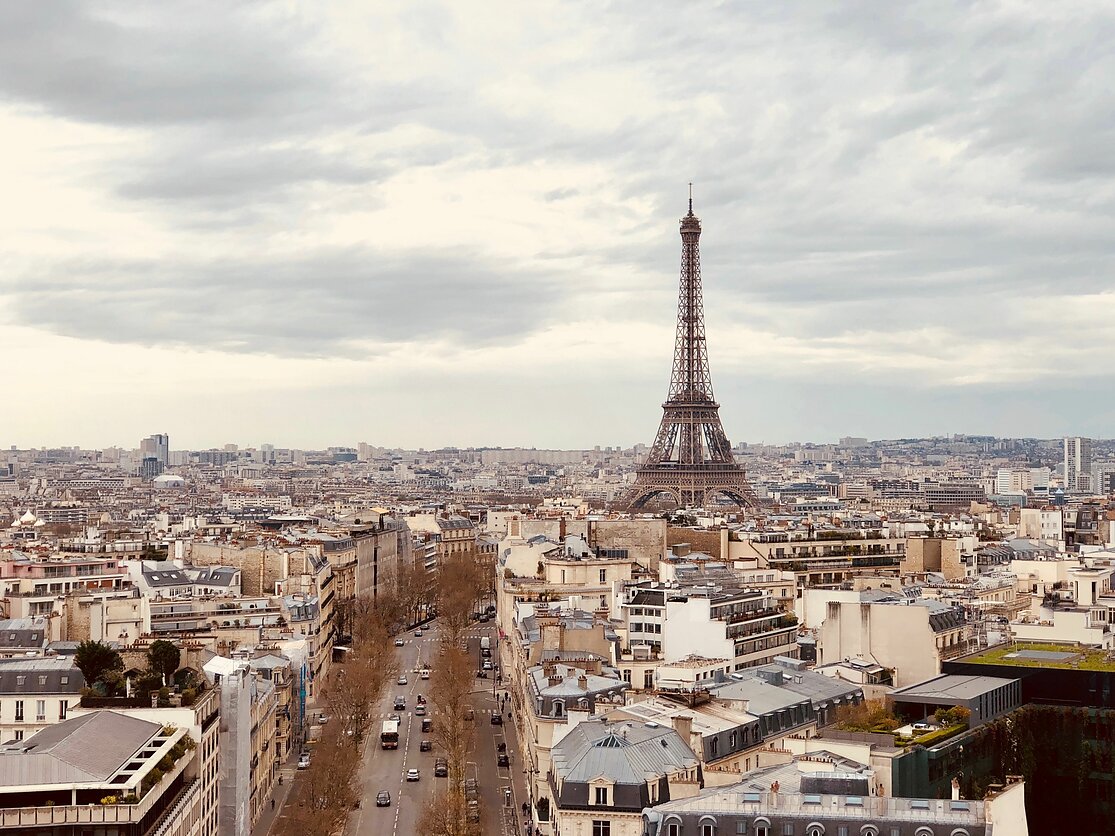 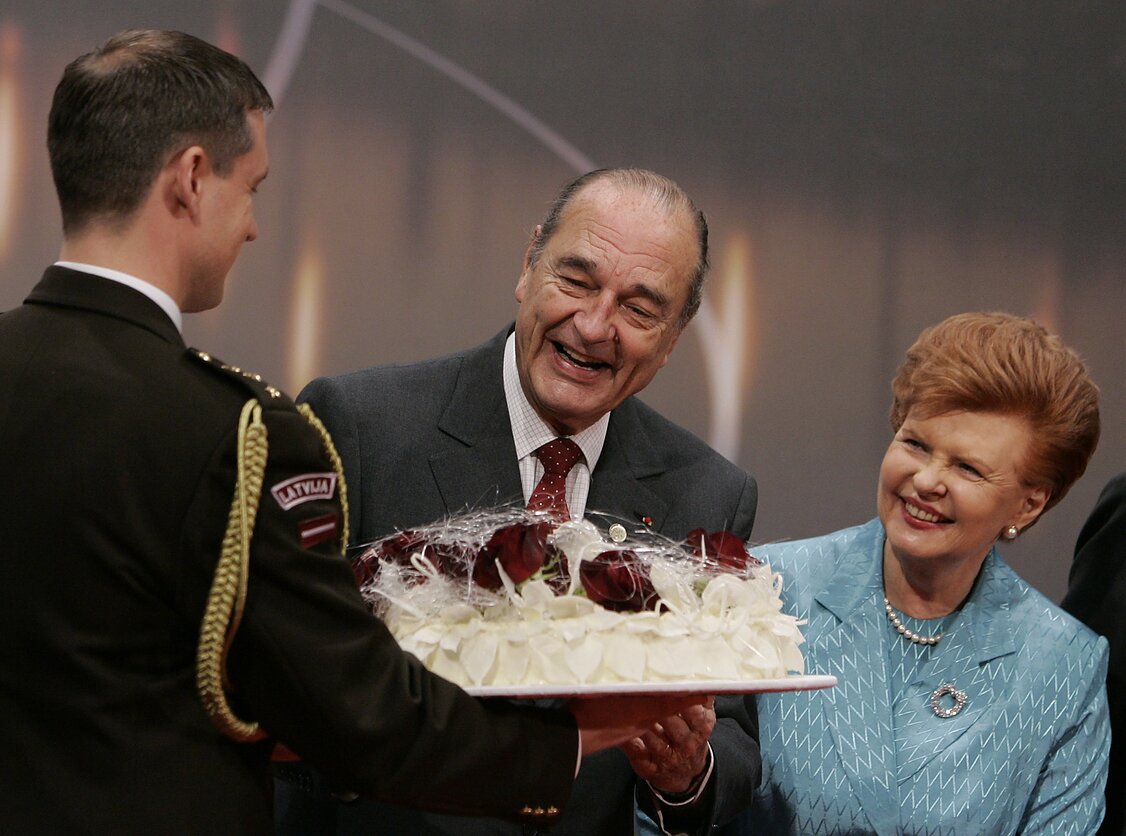