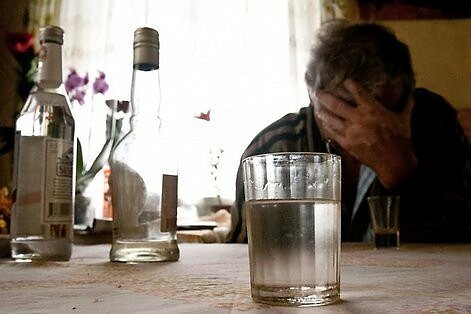 A crusade against alcoholism was among top issues in President’s Dalia Grybauskaitė yesterday’s  presser dedicated for a year review.

A crusade against alcoholism was among top issues in President’s Dalia Grybauskaitė yesterday’s  presser dedicated for a year review.

Ministry of Health has prepared the draft law on compulsory alcoholism treatment and expects Parliament to adopt it in an accelerated procedure, once it convenes for the spring session.

The draft law was prepared after two recent resonant tragedies when a drunken man killed four women in Kražiai and another man violently killed two his underage children in Kėdainiai.

After the tragedy, President Dalia Grybauskaitė has even proposed to establish a new institution to ensure care for social risk families.

The draft law on mandatory alcoholism treatment is the main part of government’s crusade against alcoholism, but not the only one.

The ban on selling alcohol in petrol stations came into effect on January 1, and Prime Minister Algirdas Butkevičius called it a small step, promising more measures. He expects Parliament to approve higher excise duties on alcohol.

In terms of alcohol consumption, Lithuania is among leaders in the world with 16,2 litres per capita during last year, according to the World Health Organization projection the year before; and if the projection proved right only Belarus and Moldova consumed more.
http://www.who.int/substance_abuse/pu...

Juozas Skorulskis from Raguva Town Council said that the problem of alcoholism is particularly sharp in Lithuanian provinces, and he hopes the new mandatory treatment will help.

President arrives to the presser

DALIA GRYBAUSKAITĖ, President of Lithuania:
We have a very destructive tendency, which year after year only worries more. This tendency is violence, suicides, and various dependencies including alcoholism. The year has ended with tragedies; therefore this year, despite looming elections, must be dedicated to ensuring social security, and importantly children’s security.

Vs of recent archive showing alcohol

RIMANTĖ ŠALAŠEVIČIUTE, Minister of Health:
Mandatory treatment should be first of all applied to those who drink alcohol daily, for no less than a month and those who due to this addiction cause psychological or financial damage to their families or relatives.

Vs of recent archive showing drunk person in Kaunas city

SAULIUS SKVERNELIS, Minister of Interior:
I observe scepticism if we can truly achieve any  result by treating people against their will. With regard to some decades-old practice, we hear rumours that all those mandatory treatment methods gave only the opposite result.

Shots from Raguva town near Panevėžys

I think that mandatory treatment will help, because many people are in awe of the officials, and this treatment will be organized with the help of authorities.