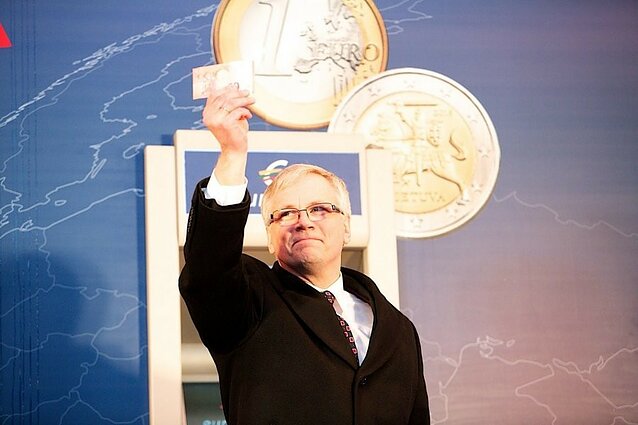 Finance Minister Rimantas Šadžius says that 2015 was a breakthrough in tax collection for Lithuania and that extra revenue is projected for 2016.

Finance Minister Rimantas Šadžius says that 2015 was a breakthrough in tax collection for Lithuania and that extra revenue is projected for 2016.

"I am listening to discussions about the deficit budget rather calmly because I see and feel that a breakthrough in tax collection occurred in 2015. There is quite a good prospect to show a substantially better result in 2016 than what was foreseen in the budget law," Sadzius told the Žinių Radijas radio station on Thursday morning.

President Dalia Grybauskaitė declared that when adopting the budget prior to the upcoming parliamentary election of 2016, politicians "could not resist showcasing poorly considered generosity based on great optimism related to tax collection and GDP growth".

Šadžius noted that, in the 2016 budget, a certain principle of responsible budget revenue planning was used probably for the first time in the history of Lithuania. The only tax revenue included in the budget project was that which was based on macroeconomic calculations. In addition, the State Tax Inspectorate (VMI) will be instructed to further improve tax collection, the minister said.

"Improvement in tax collection has given results. For example, in this year's budget law a 1.2 percent deficit was planned. Several months ago, we saw that it is likely to be 0.9 percent. The data for the last three quarters shows that the result might be even better. This proves that we can exert effort and neutralise the risks that not only the president but the National Audit Office, the European Commission and economics experts talk about. So my response would be - good work, first of all, as regards tax collection," said the finance minister.

As reported, budget revenue in 2016 will stand at €8.046 billion, while expenditures will be €8.686 billion. €2.1 billion of the total budget revenue consists of European Union funds and other international aid.

President Grybauskaitė criticised Lithuania's budget for 2016. She said that expenditure will surpass revenue by nearly half a billion euros. According to the president, the risk with which the budget was adopted excluded Lithuania from the list of financially disciplined European Union member states.

The president was not the only one to bash the budget - the National Audit Office and the European Commission did as well. The former said that the state budget is balancing on the point of violating fiscal rules when Lithuania is not yet ready to counter financial shocks, whereas the latter said that Lithuania's budget is subject to the preventative part of the Stability and Growth Pact and risks failing to satisfy its requirements. The European Commission also added that, in 2016, Lithuania may digress from its medium-term objectives.