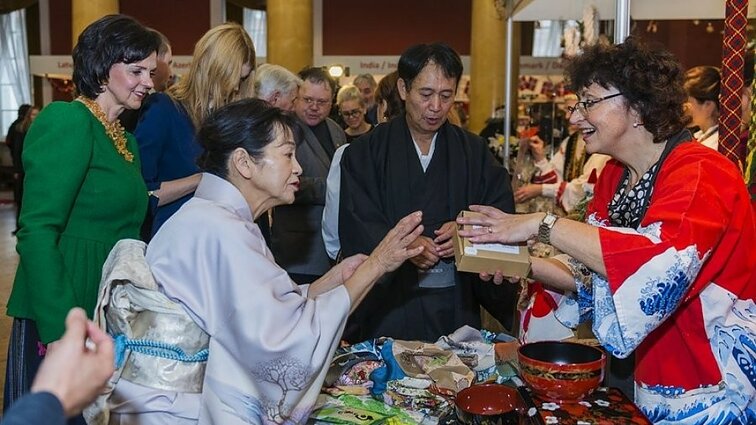 It was a grey Saturday in Vilnius, but inside there was a warm glow filled with Christmas spirit. The opening took place shortly before noontime in the presence of Ms. Janina Butkevičienė, wife of the Prime Minister and the patron of the International Christmas Charity Fair. Former President Valdas Adamkus and Mrs. Adamkienė were also present, toured the fair, and listened to a selection of delightful Christmas carols presented by Viva, a female choir directed by Diana Zarembienė.

Mrs. Alma Adamkienė is the Honorary Ambassador for the event. This year's co-chairs Benita Guillaume, the Chairwoman of the International Women's Association of Vilnius, and Ms. Letizia Taliani de Marchio, wife of the Italian Ambassador in Vilnius, thanked all of the volunteers, embassies and international schools for their contribution to the success of the fair.

More than 5,000 visitors and shoppers and a small army of volunteers ensured that the thirteenth edition became a successful charity event. The Christmas Fair benefits a number of senior homes and children's organisations in Vilnius. The Fair started 13 years ago under the leadership of Mrs. Rosemaria Schwarzinger, the wife of the Austrian Ambassador to Lithuania. One of the organisers, Ms. Rima Ingstad said that the Christmas Fair has been growing and expanding over the last years. Although the fair had some difficult times during the depth of the recent economic crises, the last years have seen a growing number of participants and visitors.

In addition to the Viva choir, the visitors were entertained during the Fair with dance performances by the Renaissance Dance Group, The Little Flame Group and the Irajashree Ramesh Dance Academy. Santa Claus did also make an appearance and was happy to pose for photographs with children of all age. Tens of volunteers sold tickets with many interesting prices, including a flight with Turkish Airlines for two to anywhere in Turkey. 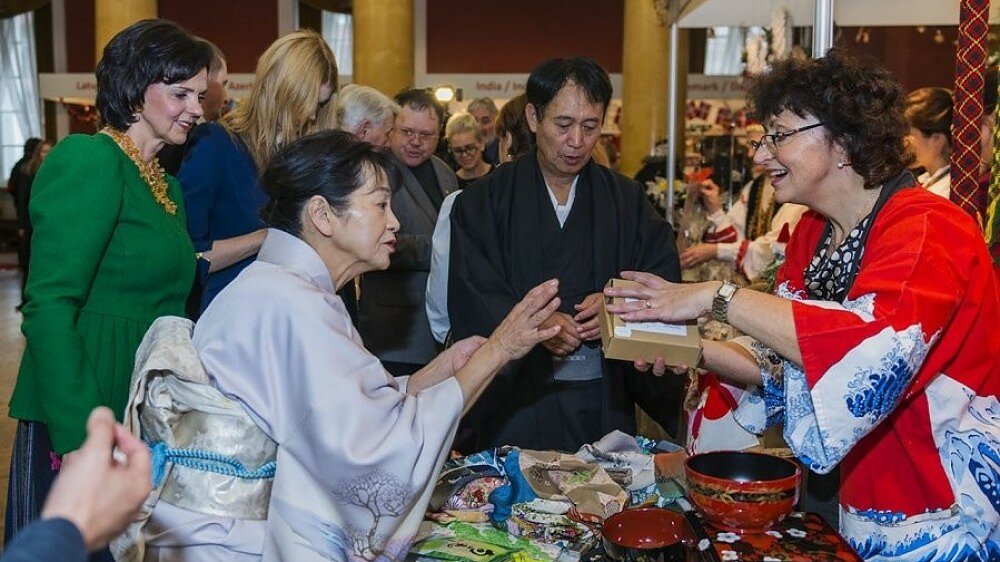