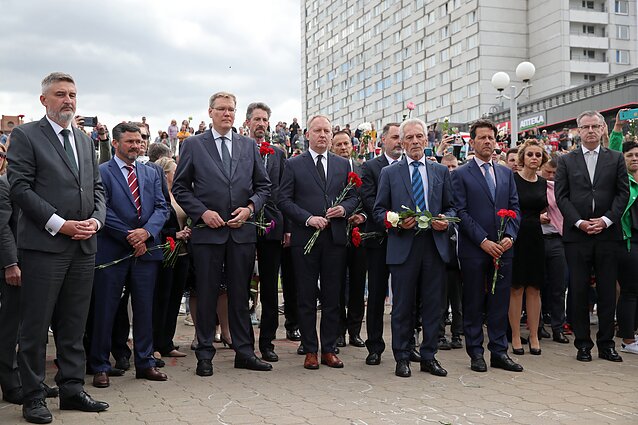 Around 20 diplomats gathered at the solemn ceremony on Thursday. / Vida Press

On Thursday, foreign ambassadors to Belarus, including Lithuania’s Andrius Pulokas, laid flowers near the Pushkinskaya metro station in Minsk where a protester was killed on Monday night.

ELTA news agency reported that around 20 diplomats gathered at the solemn ceremony on Thursday. They were surrounded by people who thanked for their display of solidarity.

Belarusian Interior Ministry claimed the protester died after an explosion he tried to hurl at the police exploded in his hands.

During the latest demonstrations on Wednesday night, Belarusian authorities have detained around 700 people, according to AFP news agency.

Meduza, a news outlet based in Latvia, have reported that some 6,700 people have been detained and at least 250 are currently hospitalised. 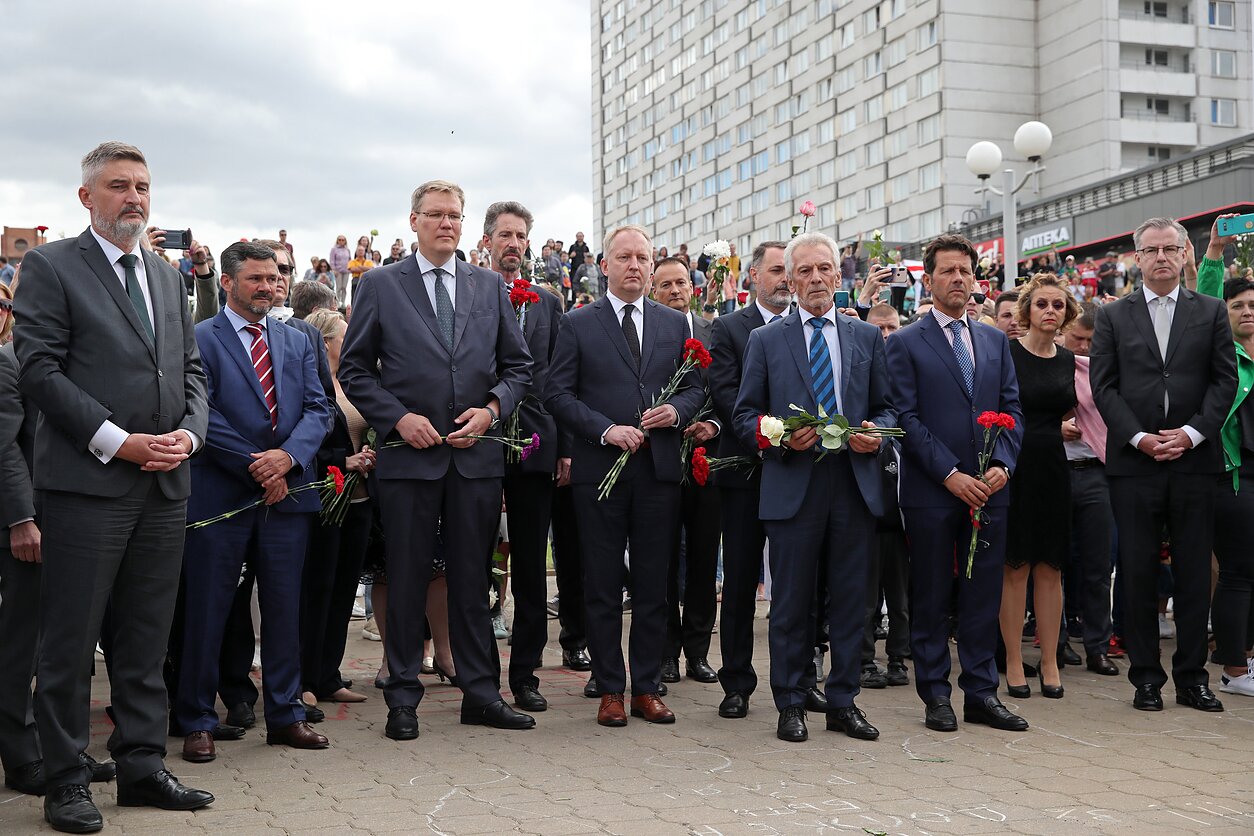 Around 20 diplomats gathered at the solemn ceremony on Thursday.
1 / 1Vida Press