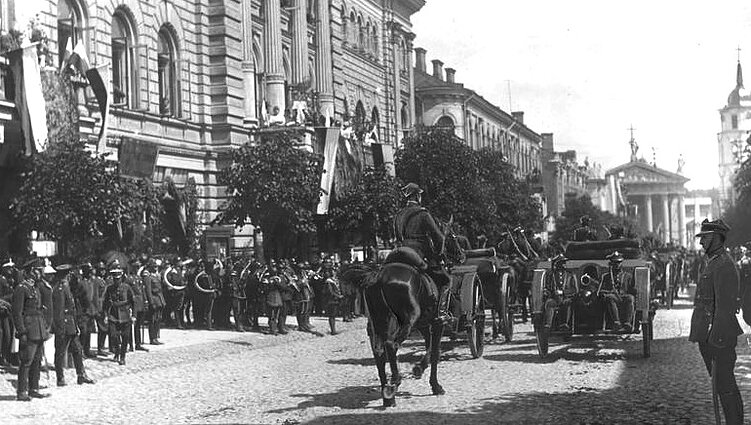 Polish soldiers march in Vilnius in 1922, celebrating its incorporation into Poland / Wikimedia

A video making rounds on social media this month hit a sensitive spot in Lithuanian and Polish history, but does it really show what it purports?

Titled ‘Polish soldiers in Vilnius’ (Polscy żołnierze w Wilnie), the video shows a group of young men in Polish military uniforms marching through a city and singing a song in Polish. The lyrics appear to contain the phrase “nasze Wilno”.

LRT FACTS investigates the origins and the real content of the video.

“Wilno nasze” (“Vilnius is ours”) is a slogan that recalls a painful period in the Lithuanian–Polish relations when Vilnius was part of Poland – the Lithuanians regarded it as an occupation – and the two governments did not have diplomatic relations.

Old video, not shot in Vilnius

Despite what it's title says, the video was not shot in Vilnius. The street seen in the recording features shop and street signs indicating that the setting cannot be the Lithuanian capital.

Google Street View can help ascertain that, in fact, the video was shot in Lodz, one of the major Polish cities. 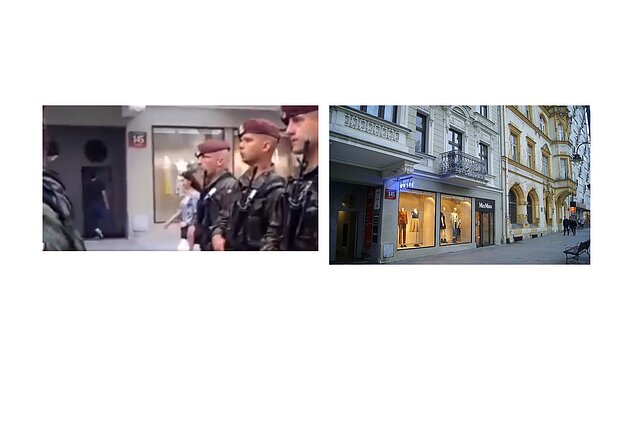 The setting in the video is Lodz, not Vilnius / LRT.lt

Moreover, the video was first shared on YouTube in 2016. Lodz municipality then indicated that the soldiers were singing a song called “The Uhlans Have Come” during an event celebrating the country's membership in NATO.

Why sing about Vilnius?

Although the soldiers are not marching through Vilnius, they are singing a song that mentions the Lithuanian capital.

However, the lyrics of “The Uhlans have come” do not contain the nationalist “Wilno nasze” chant.

The song is about a girl who is visited by soldiers. When she asks them where they are travelling, they answer that they visited Warsaw and are now going “to see our old good Vilnius, and when the road is ready, it will lead us to Lviv”.

Alternative versions of the song name different cities in Central and Eastern Europe.

The song and its title are very popular in Poland and have even inspired a film.

Commenting on the video, the Polish Embassy in Vilnius underlined that Poland did not have any territorial claims on Lithuania and that the two countries settled their borders almost thirty years ago.

“The Embassy of the Republic of Poland in Vilnius does not comment on manipulated videos published on private Facebook profiles. We would like to remind that in 1994 Poland and Lithuania solemnly reaffirmed the integrity, today and in the future, of their respective territories with the capitals of Warsaw and Vilnius,” the embassy said in a written response to LRT.lt.

Laurynas Vaičiūnas, LRT RADIO contributor in Wroclaw, Poland, said that the song in the video should not be interpreted as nationalistic. According to him, the song is about Polish resistance against imperialist powers that occupied Polish lands.

“This song comes from the late 19th century. Lithuanian folk music talks about marching troops. Similarly, this song is about going to the Ruthenian lands,” Vaičiūnas explained.

Moreover, the song is not even from the interwar period when Poland and Lithuania were at loggerheads over Vilnius, which is also when the slogan “Wilno nasze” was used.

It is linked to the ideas of Józef Piłsudski, the de facto Polish leader between the two world wars who wanted to reconstruct the Polish-Lithuanian Commonwealth, a country that ceased to exist in 1795.

“I think that in Poland [the slogan] is not popular. […] It has negative connotations mostly in Lithuania. It is not a relevant slogan anymore and we should be critical about its usage,” said Vaičiūnas.

He also noted that the video was posted in a Facebook group of right-wing radicals.

The name of the group “W służbie Ojczyźnie” means “In the service of the fatherland” and features militaristic and nationalistic symbols.

“I think that [the video] could be used as a provocation, but mostly for domestic politics,” said Vaičiūnas.

Fake news. The video shared on Facebook shows Polish soldiers marching in Lodz during a NATO celebration, not in Vilnius. The recording is four years old and has been reposted under a misleading title. The troops are singing a song that mentions Vilnius, but they are not chanting “Wilno nasze”. 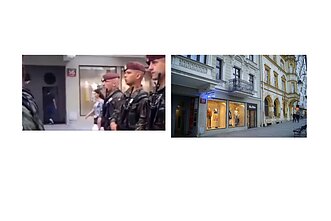 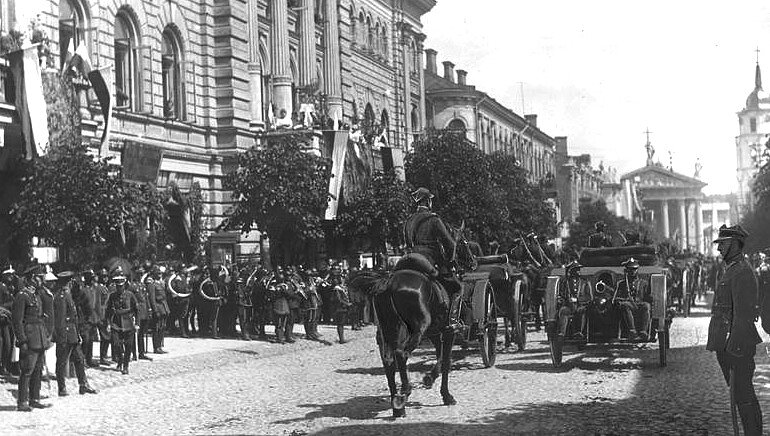 Polish soldiers march in Vilnius in 1922, celebrating its incorporation into Poland
1 / 2Wikimedia 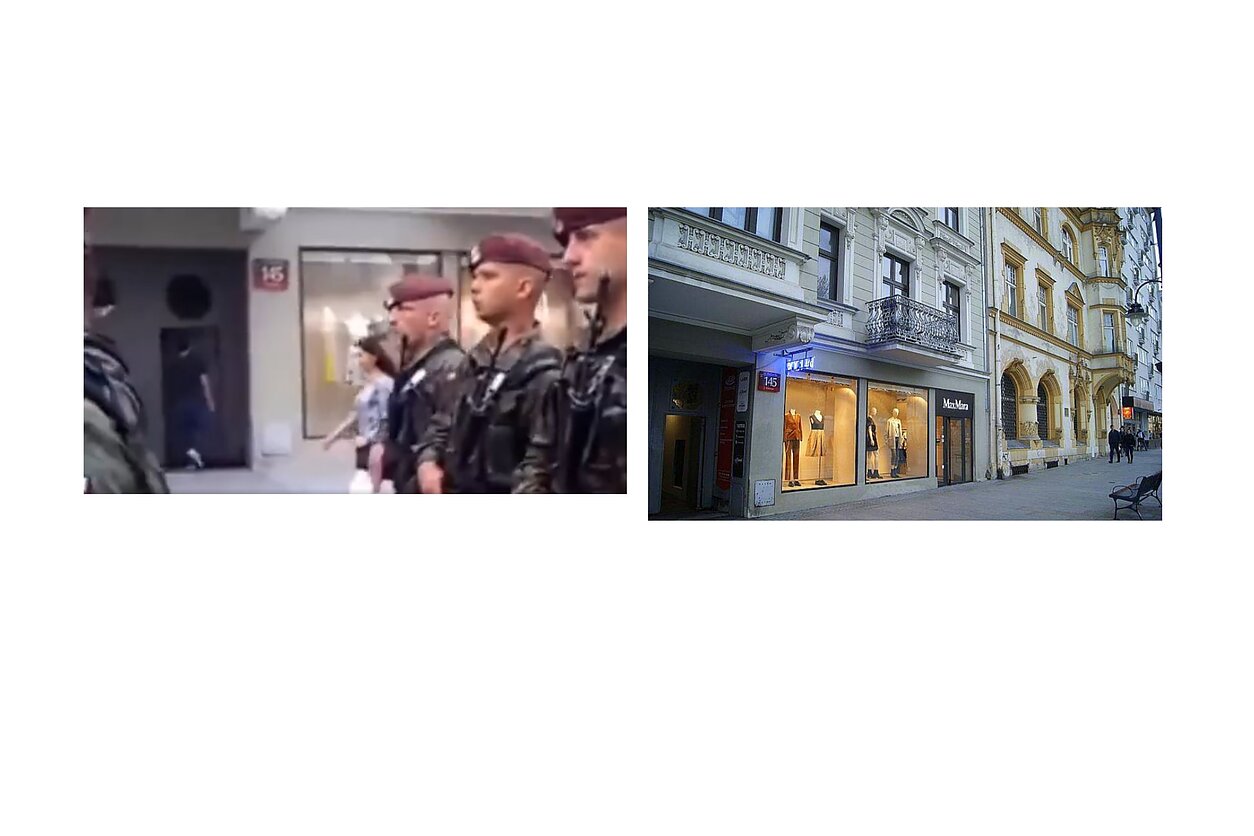 The setting in the video is Lodz, not Vilnius
2 / 2LRT.lt