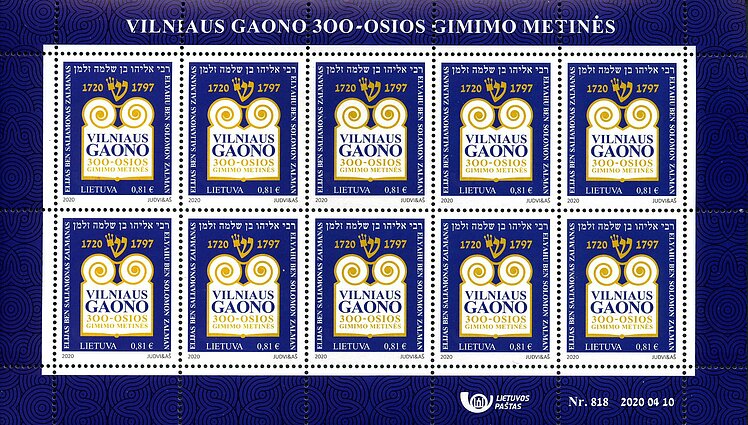 The post stamp to mark the 300th birth anniversary of the Vilna Gaon. / Lietuvos Paštas

Lietuvos Paštas (Lithuanian Post) has issued a special stamp to mark the 300th birth anniversary of the Vilna (Vilnius) Gaon.

His commentaries on the Talmud and the Torah, published posthumously by his disciples, made the Gaon one of the most revered Jewish scholars, while Vilnius earned the name of Jerusalem of the North.

Read more: Vilna Gaon: the central figure who made Vilnius the ‘Jerusalem of the North’

The stamp's nominal value is 0.81 euros and it can be used to send letters abroad.

Lithuania has designated 2020 as the year of Vilna Gaon and Jewish history in Lithuania. 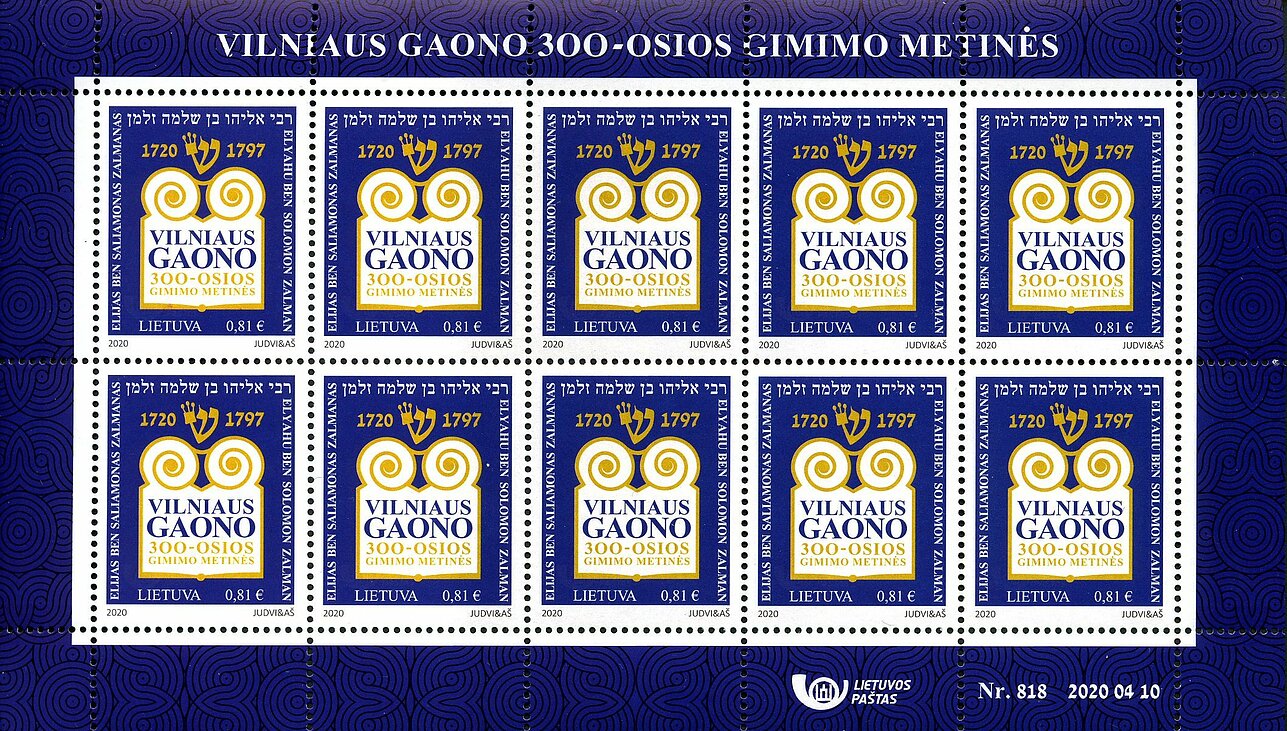 The post stamp to mark the 300th birth anniversary of the Vilna Gaon.
1 / 1Lietuvos Paštas