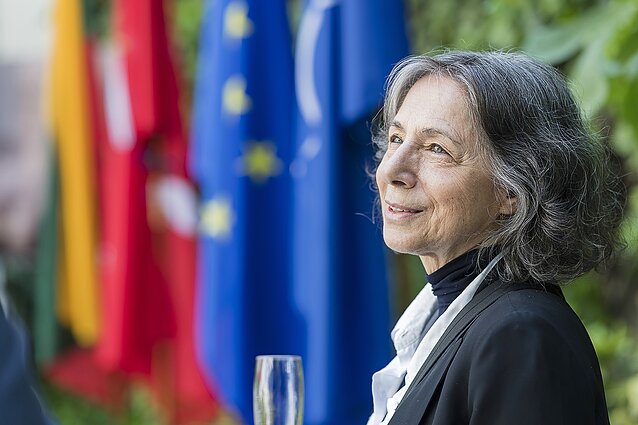 The internationally renowned Paris-based contemporary artist Esther Shalev-Gerz has been presented with the Lithuanian citizenship in acknowledgement of her Litvak roots.

During a short ceremony at the Embassy of Lithuania in Paris on Tuesday, Shalev-Gerz received a Lithuanian passport from Ambassador Nerijus Aleksiejūnas.

Born Gilinsky in Vilnius in 1948, she and her family moved to Israel in 1957. After graduating from the Bezalel Academy of Arts and Design, Shalev-Gerz moved to the USA and, subsequently, to Paris.

From there, she has been working across Europe and North America to establish a career and gain renown for her conceptual monuments, installations, photography, video and public sculpture.

“I was born in Lithuania. In our identity, we were always Litvaks,” Shalev-Gerz said during the ceremony. “When I got the e-mail saying 'you are now a Lithuanian citizen again', it brought some order into the kind of a floating [identity].”

The artist does not rule out doing projects in Lithuania. 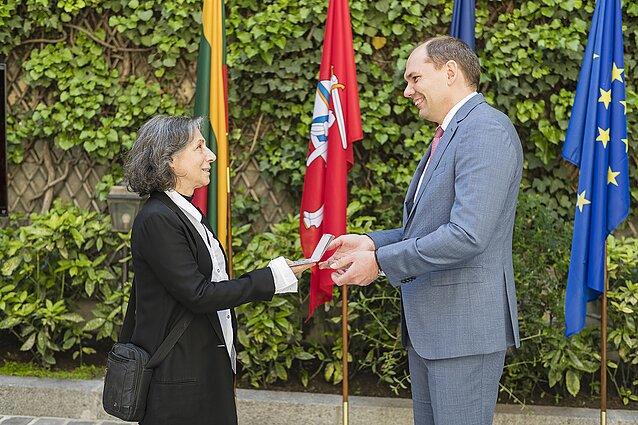 “It‘s by chance that we met again, Lithuania and I, and I don‘t believe in chances. Maybe we can do something together that will be important,” she said.

While the country has had a complicated relationship with its troubled past, especially the Holocaust, Shalev-Gerz believes a genuine shift is happening. “My feeling now is that the young people are curious to know their history, to fill up the gaps, and although it‘s hesitant, it is miraculous.”

Shalev-Gerz’s major works include the Monument Against Fascism in Hamburg, Germany, which has been described as an interactive social experiment. The animated double-clock sculpture Les Inséparables in Geneva, Switzerland, also has a variation in Wanas, Sweden. Her latest major work, the permanent installation The Shadow, embeds a ghostly silhouette of an ancient fir tree across the expanse of an immense University Plaza in Vancouver, Canada. 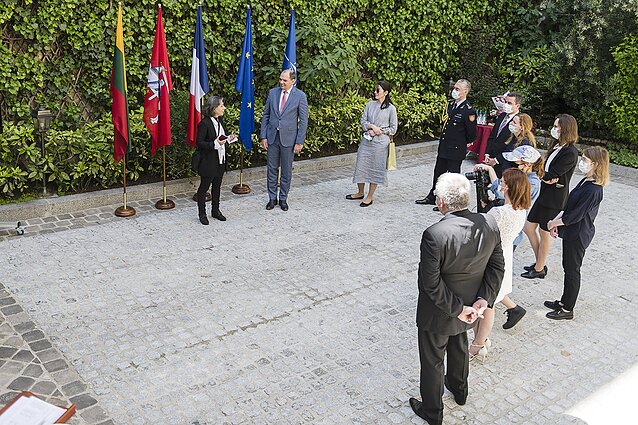 Shalev-Gerz investigates the construction of identity, memory, history and its relationship to the natural world. Her art has been described as juxtaposing different perspectives, giving voice to those underrepresented, criticising and contributing to deeper understanding of societal roles and value of artistic practice. 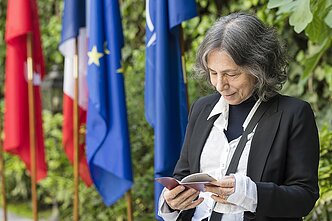 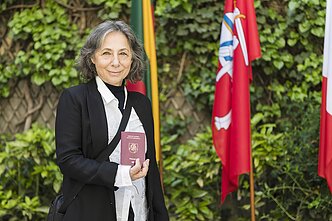 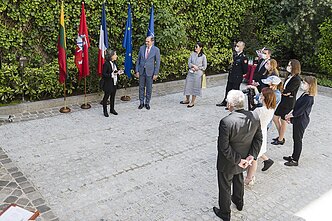 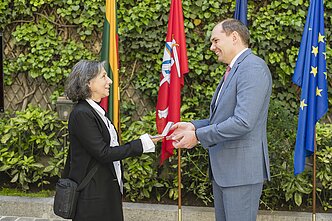 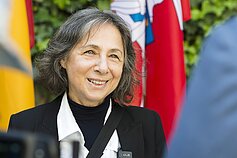 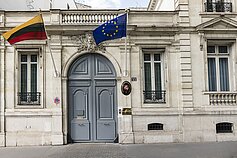 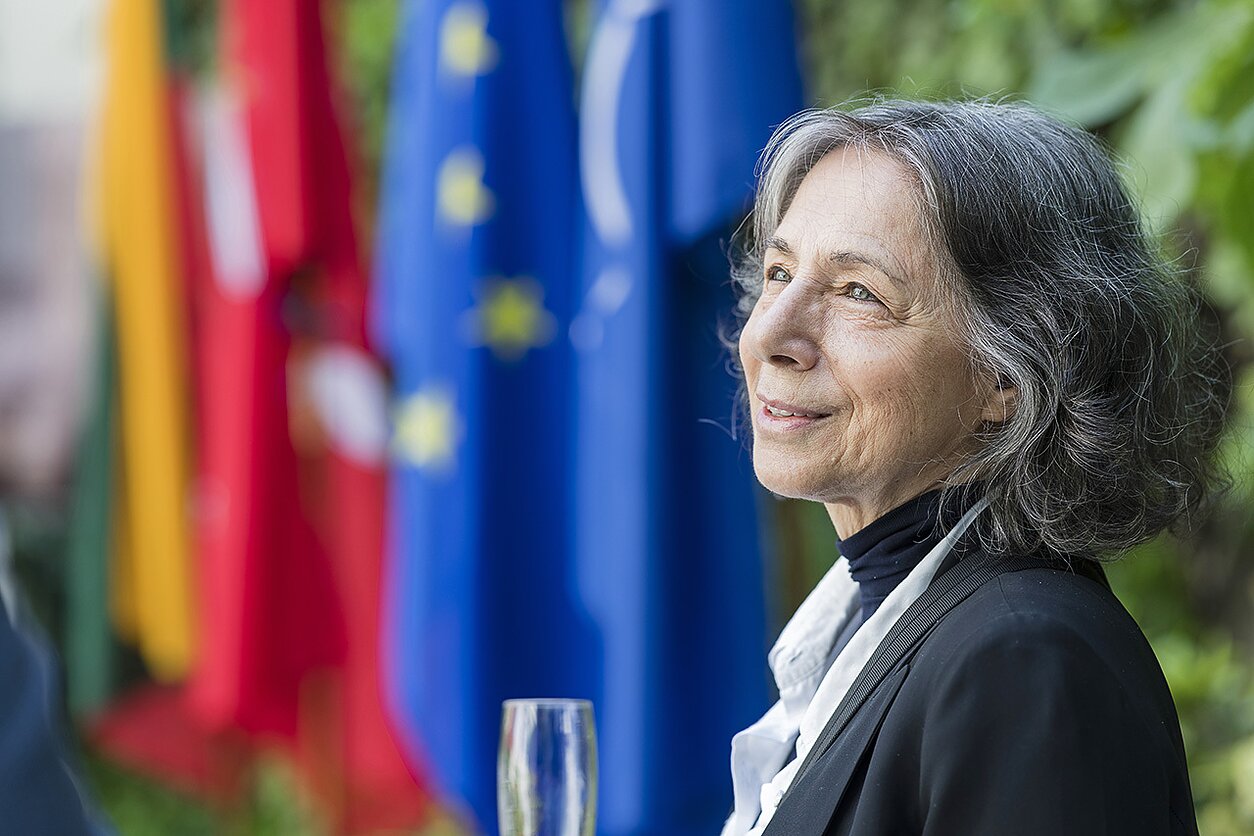 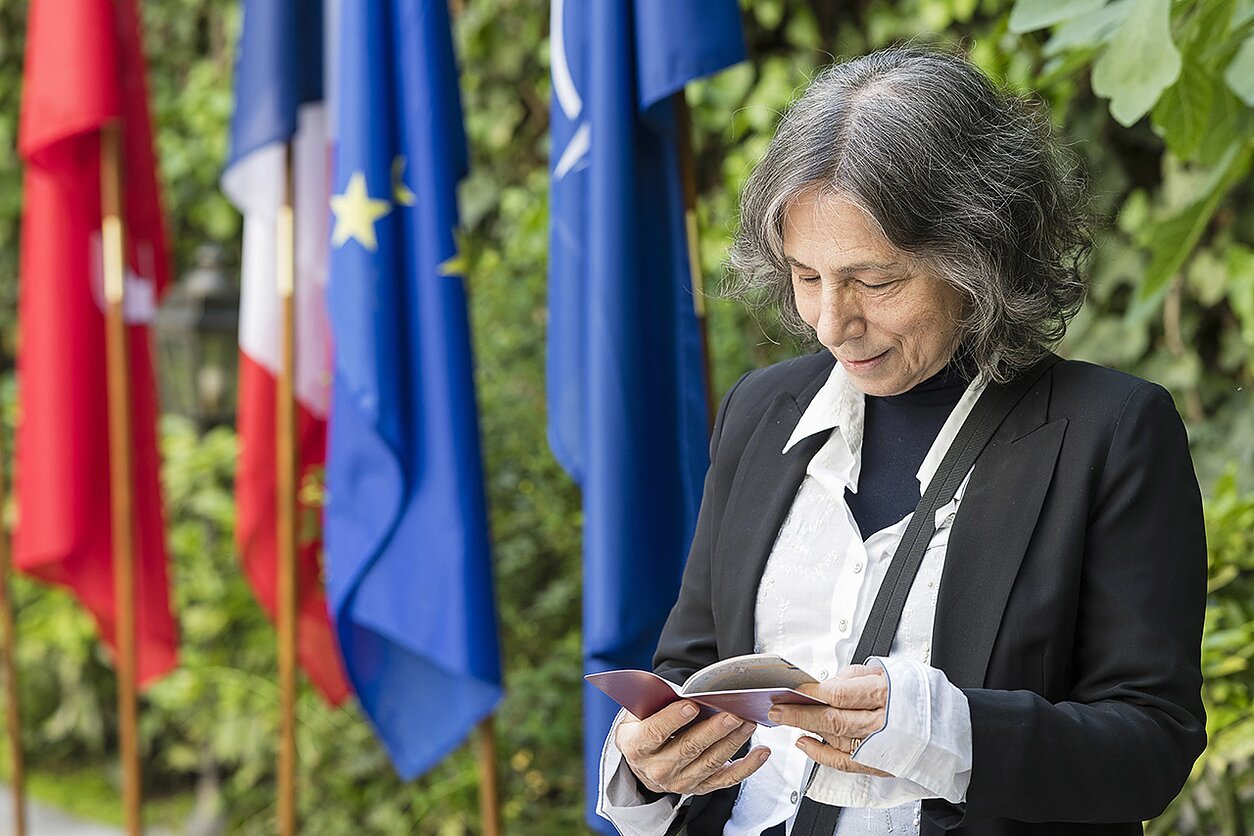 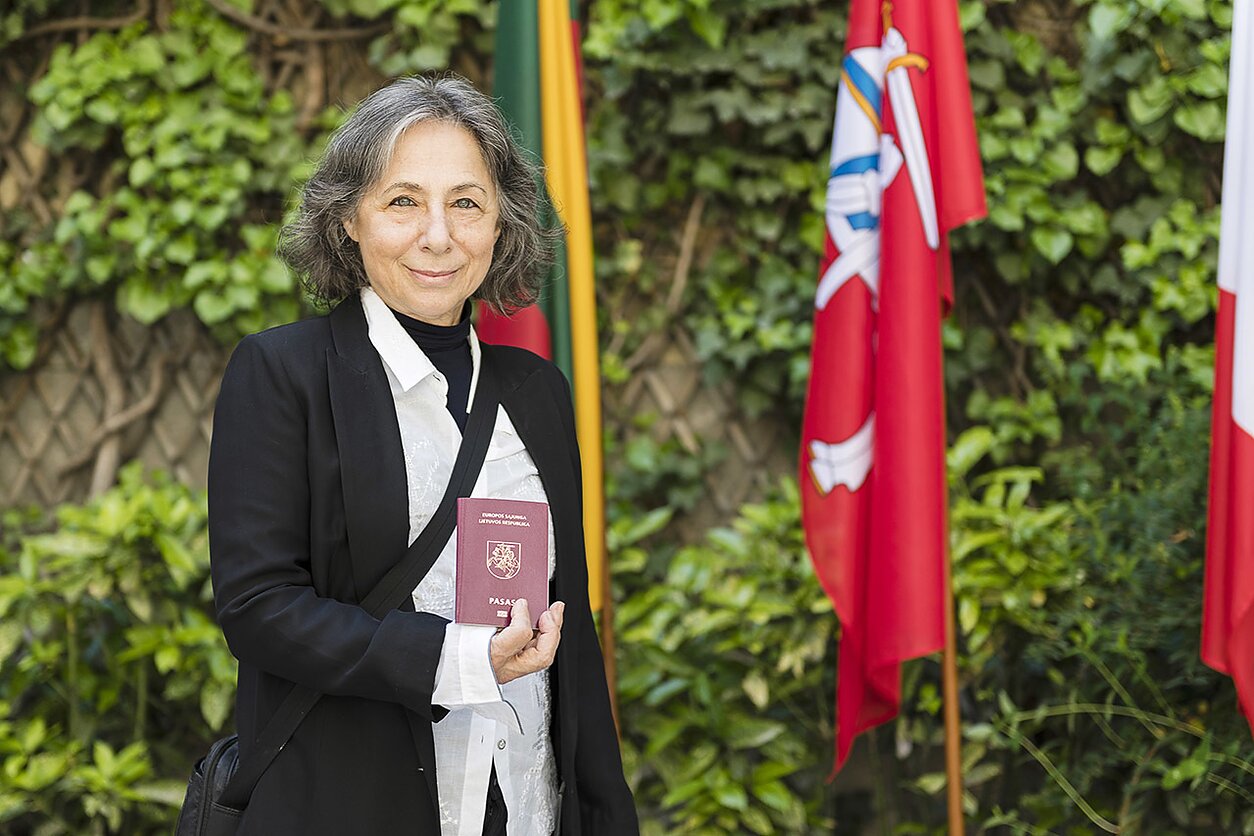 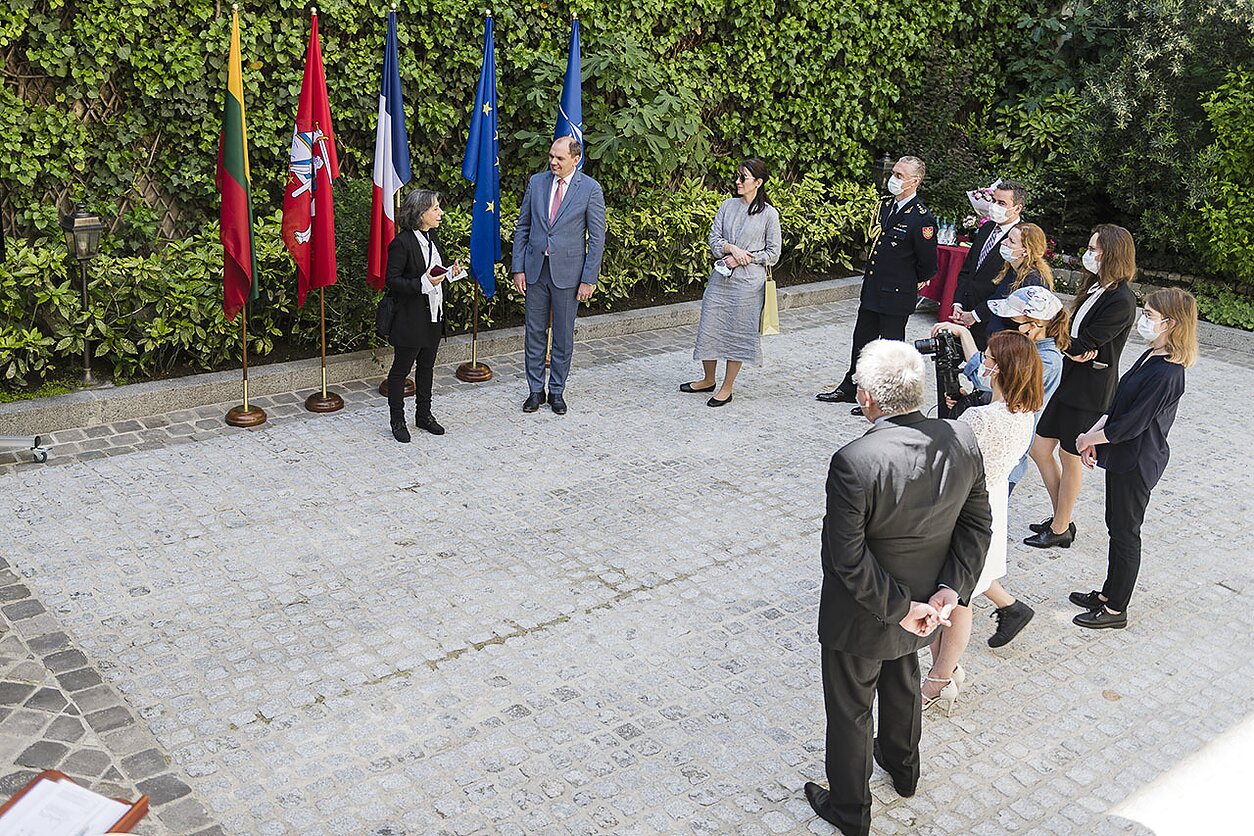 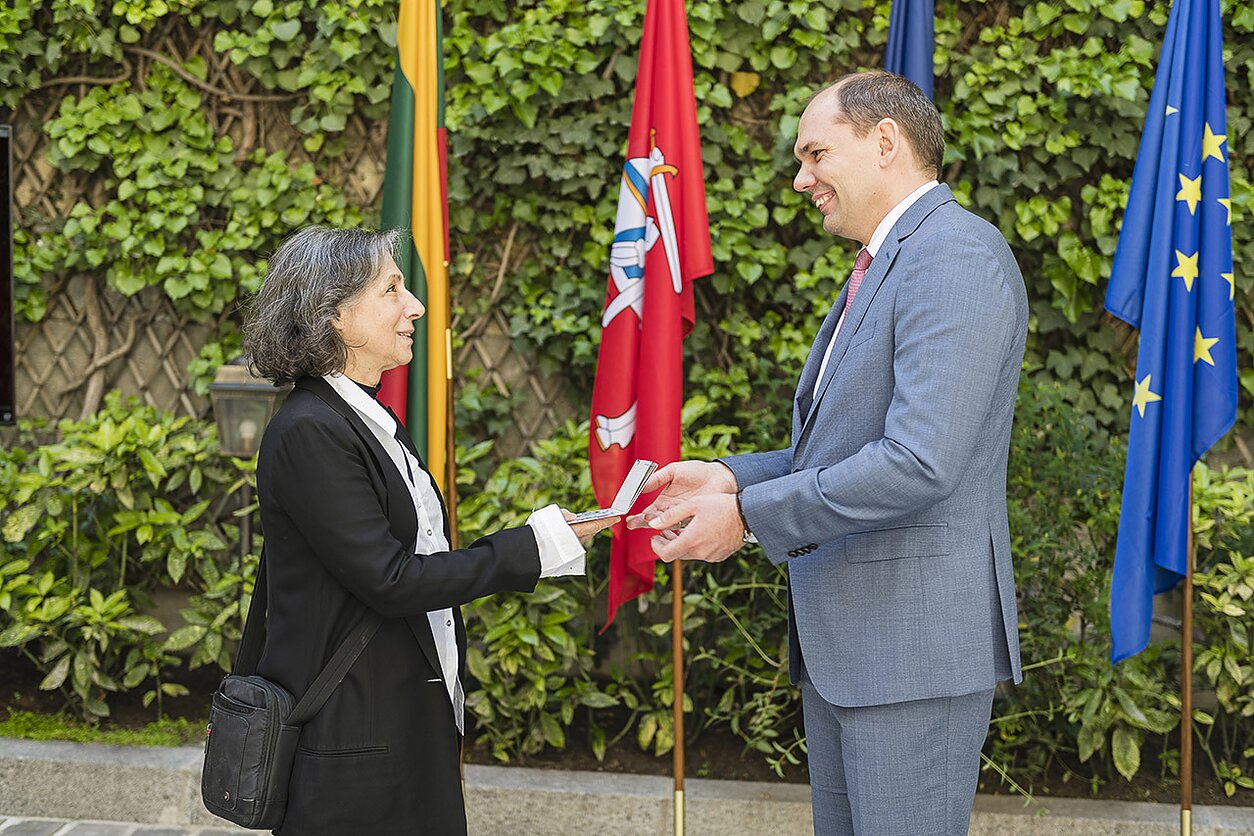 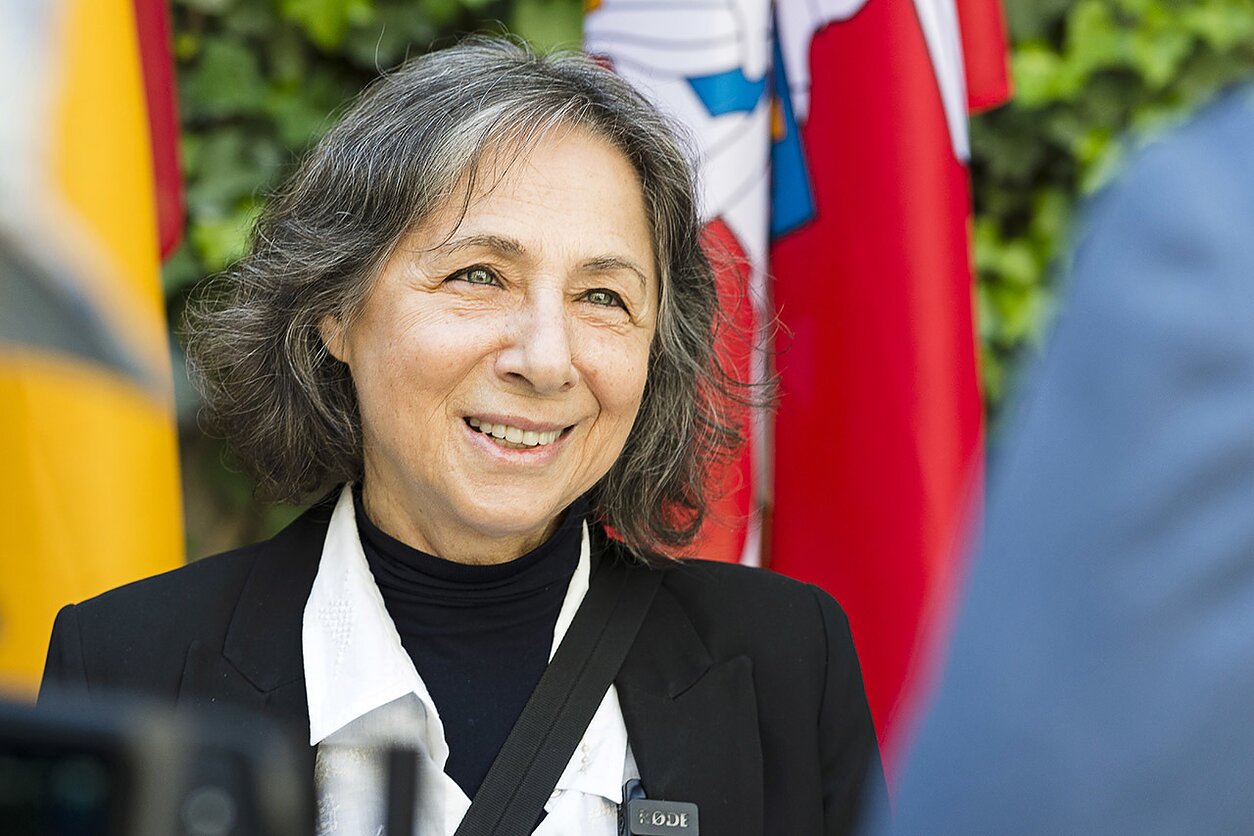 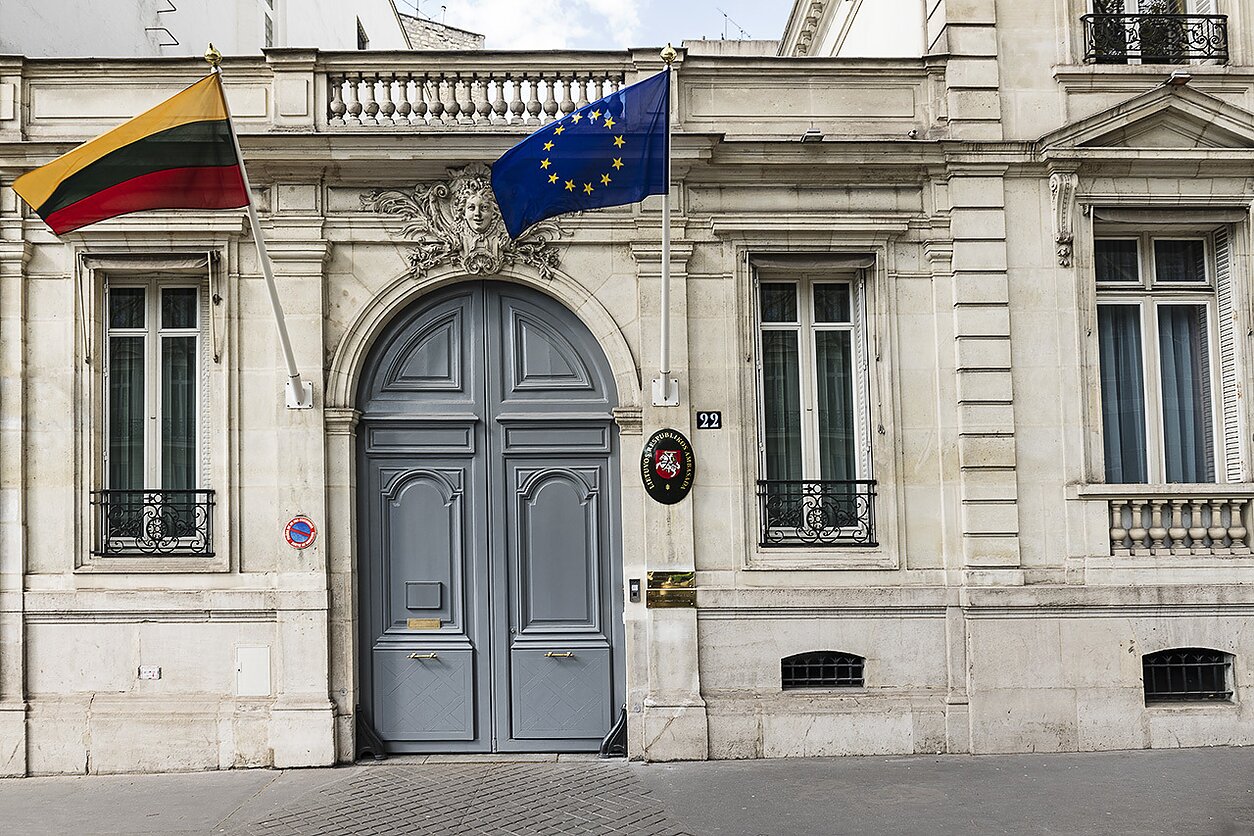