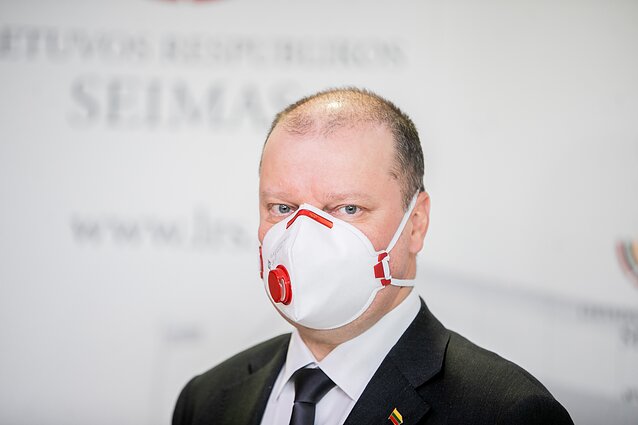 Lithuanian Prime Minister Saulius Skvernelis is presenting his government's 2019 annual report – the last before the October general election – to the parliament on Tuesday.

The prime minister said in the report that Lithuania's gross domestic product grew by 12.4 percent since 2016 when the current government coalition won the election.

"In light of the impact of the pandemic on the economy, we can say today that the government, unlike before, has over the past few years accumulated a large reserve of public finances that is used to mitigate the economic and health crises triggered by the virus," he is quoted in the report.

Last year, wages rose by almost 9 percent and the monthly minimum wage increased to 607 euros. Some 200 million euros were pulled out of the shadow economy. The average old-age pension grew by more than one-third compared to 2016, according to the report.

"Improving the quality and increasing the efficiency of educational, cultural and scientific services remains one of the key issues for the development of our society, as only an educated and cultured society will create successful opportunities for the future of the Lithuanian state," the report reads.

The government's stated achievements in culture and education include the Cultural Pass Programme for schoolchildren, emigrant children's integration into the Lithuanian education system, increased access to state-funded studies at higher education institutions, and pay raises for higher school teachers and research staff, according to the report.

After the prime minister presents the annual report to the Seimas, it will be discussed by all parliamentary committees. A special debate is scheduled for May 26, to be followed by a vote on whether to approve the report.

Skvernelis took office as prime minister in December 2016. The next parliamentary election is scheduled for October 11.