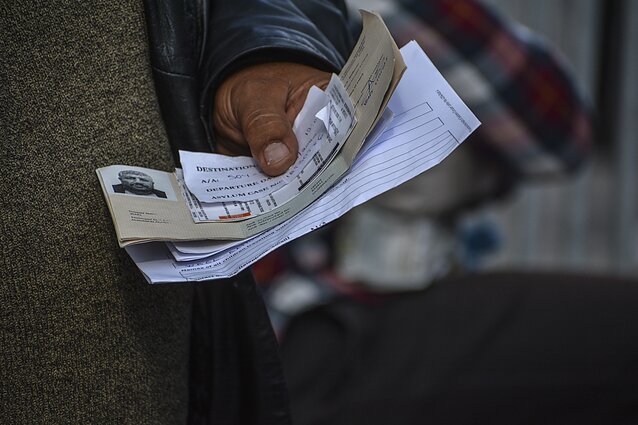 A record number of 646 people asked for asylum in Lithuania last year, according to the country's Migration Department.

"Last year was a record year since the creation of the asylum system in Lithuania. We have never received so many asylum requests in one year," Evelina Gudzinskaitė, the department's director, told BNS.

The increase comes due to a change in migration routes, according to Gudzinskaitė. The majority of migrants asked for asylum on the Belarusian-Lithuanian border. For many of them, it was not the first attempt to enter the EU.

"They are in such a desperate situation that they ask for asylum for a ninth, tenth time. Some of them are asking for asylum not in the first country. So it's better for them to try their luck numerous times here, rather than attempting once and then going back home and staying," she said.

The majority of people who asked for asylum in Lithuania were Russian and Tajik nationals, accounting for 281 and 217 cases respectively.

Meanwhile, only 92 cases were approved.

"It shows that a lot of those who sought asylum and failed to get it were the so-called economic migrants, people who are just looking for a better life but have no basis for getting asylum," the director of the Migration Department said.

Under Lithuanian law, asylum can be granted if the applicant “has well-founded reasons to fear persecution because of his/her racial origin, religion, nationality, membership in some social group, or political view”.