Mass turnout at parade in Minsk despite coronavirus fears 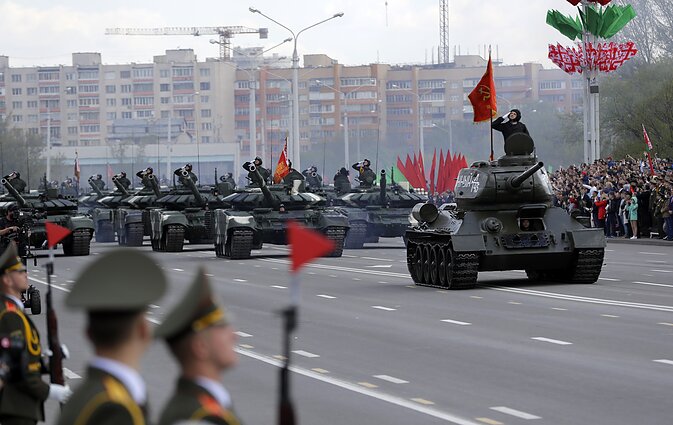 Lithuanian officials have previously said Belarus could be an uncontrolled hotspot of the virus. Despite the ballooning number of infections, the Belarusian authorities proceeded to hold the usual May 9 parade commemorating the end of the Second World War. Radio Free Europe/Radio Liberty reports from the country's capital, Minsk.

Thousands of people jammed the center of the Belarusian capital to watch soldiers and military units march as part of celebrations marking the defeat of Nazi Germany, celebrations that took place despite serious concerns about the coronavirus.

Read more: Like after Chernobyl, people in Belarus kept in the dark – opinion

President Alexander Lukashenko, who brushed aside warnings from the World Health Organization and criticism from many Belarusian political figures, made passing reference to the coronavirus in his public address during the May 9 events.

“Belarus celebrates this significant date at a difficult time," he said. "However, our current difficulties are dimmed by the hardships and losses that befell the heroic generation that saved the world from the brown plague” – a reference to the Nazis.

Victory Day has long been a major secular holiday in Belarus, as in Russia and some other former Soviet republics. Fading memories, however, have changed the way the war's end is marked from country to country. Ill will among Russia's neighbors following Moscow's interference in Ukraine in 2014 has also changed how countries mark the day. 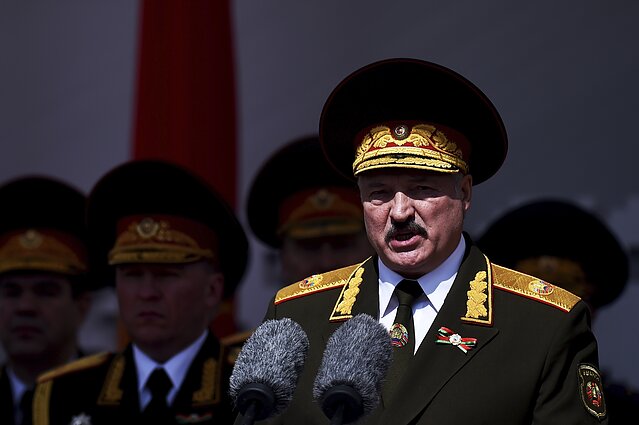 This year, with the countries that normally hold Victory Day parades canceling due to spiking infection and death rates, Lukashenko has downplayed the pandemic as a "psychosis," vowing to go ahead with celebrations.

The country has more than 20,000 confirmed infections, and the death toll is nearly 200. Experts in and outside of Belarus believe the figures are widely undercounted.

Thousands of soldiers and dozens of military units goose-stepped through Minsk’s center, past reviewing stands and thousands who lined the parade route.

Some people appeared to be wearing masks, but few observed social distancing – standing some distance from one another to minimise the possibility of infections – as they stood shoulder-to-shoulder on risers.

Lukashenko earlier this week called on leaders of other countries to attend the event.

"I am publicly calling on leaders of other countries, at least countries of the former [Soviet] Union, to gather in Minsk, which is the right thing to do," Lukashenko said on May 5.

The fact that Belarus went forward with its parade, while Russian leader Vladimir Putin, whose country faces skyrocketing infection rates, was seen in some places as a pointed message directed at Moscow.

Russian politicians, meanwhile, downplayed and even criticised the invitation and Lukashenko’s decision to go forward with the parade.

Russia was represented in the official ceremonies by its ambassador to Belarus and Deputy Foreign Minister Andrei Rudenko said Belarus's decision to hold the event was its "sovereign right, which we respect". 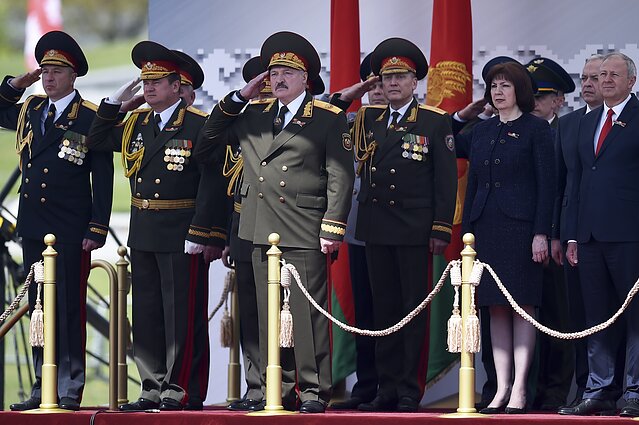 Activists from the Youth Bloc group turned up at a rehearsal of the parade carrying a mock coffin and dancing to protest the continuation of such a gathering in the face of the pandemic.

Their stunt was meant to echo Ghana's "dancing pallbearers," an Internet meme that has become popular since the coronavirus emerged from central China months ago.

Victory Day is the most important national holiday in Belarus and other former Soviet states.

The Kremlin canceled the parade through Red Square over concern about the spread of the coronavirus, which has infected nearly 188,000 Russians and left at least 1,723 dead.

The Minsk parade raised the concern of the World Health Organization, which called on the country’s authorities to impose social-distancing measures and avoid large public gatherings to slow the spread of COVID-19, the disease caused by the coronavirus. 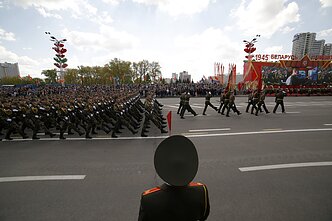 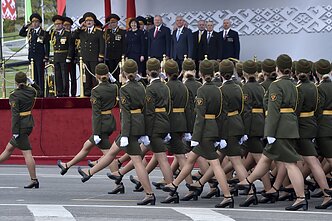 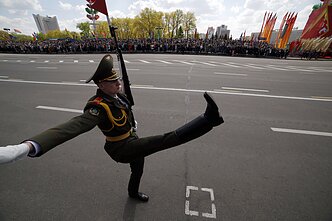 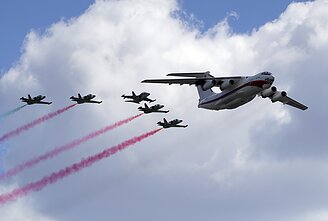 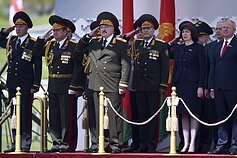 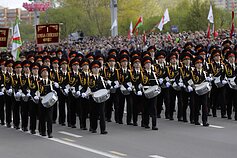 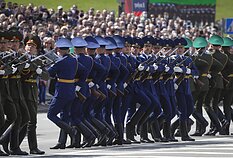