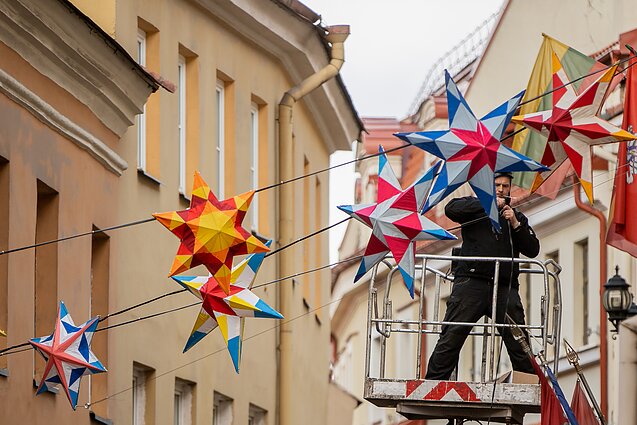 Unity among the Baltic states is not always a given, but this week the three prime ministers have agreed that they trust each other’s healthcare systems and will allow Lithuanians, Latvians and Estonians to travel freely within the Baltics as of May 15.

Latvia’s president suggested that Poland and Finland could, too, soon join this European “zone” of free movement which would be a step back to normality.

Baltic leaders also showed unity on VE Day in issuing a joint call to resist “revisionist” Russia’s narrative of WW2 history in which the Red Army is the unapologetic saviour and liberator of Europe. For some nations, liberation did not come until the 1990s – an occasion that Latvia celebrated this week. Happy independence day, brāļuki.

Lithuania would like, of course, for the Baltic unity to extend to boycotting Belarusian nuclear electricity, its way of protesting the near-complete construction of the Astravyets NPP. We are thinking about it, Latvia’s president said.

With daily coronavirus infections in single digits, the Lithuanian government decided to lift a number of restrictions by the end of the month: kindergartens, beauticians and dentists will be allowed to reopen and commercial flights to several European destinations are due to restart next week.

MASK IS THE NEW BLACK

Facemasks have been all the rage this season and a Lithuanian fashion designer created a Facebook group for people to showcase their quarantine styles. According to Julia Janus, the submissions generally fall into three categories: professional designs, street wear and, well, jokes. This week, some of the best facemask fashions are featured in the world’s first “Mask Fashion Week” on advertising stands across Vilnius.

It’s hardship ahead for the economy, as the European Commission predicts Lithuania’s GDP to contract nearly 8 percent this year, more than Latvia’s or Estonia’s. The dip is already felt in the state coffers – government revenue fell over 30 percent short of target last month.

Fear not, the finance minister reassured, Lithuania will also bounce back more quickly than other European countries, because our businesses are “more entrepreneurial”.

Meanwhile the president assured the NATO chief that Lithuania would not be cutting its defence spending.

To mitigate the crisis, the government is also upping subsidies for tourism firms, small businesses and cultural workers. The president even suggested temporarily slashing the income tax to leave people more disposable income to spend – but the finance minister countered it would go too far.

Politically, the most controversial suggestion has been handing out 200-euro grants to job-seekers and hard-pressed pensioners, which, the opposition notes, would come suspiciously close to the general election in October.

With options for entertainment severely limited, people in Vilnius have been reading more books, according to the capital city’s libraries.

Others were queuing by the entrances to national museums which opened this week after nearly two months of lockdown.

Some of the key events central to the Lithuanians’ sense of identity have fallen victims to the coronavirus. After the cancellation of the UNESCO-listed Song Festival last week, we learned that the annual Mission Siberia will not be leaving to tend to the graves of Lithuanian deportees this year.

QUARANTINE AND ITS DISCONTENTS

Although mostly seen in the US, protests against coronavirus lockdowns have also arrived in Lithuania. LRT FACTS traces conspiracy theorists that were behind an anti-quarantine rally in Vilnius.

– Low population density in the Baltic countries can be a drawback economically, but when it comes to epidemics, it is a blessing, says Fransua Vytautas Razvadauskas of Euromonitor International.