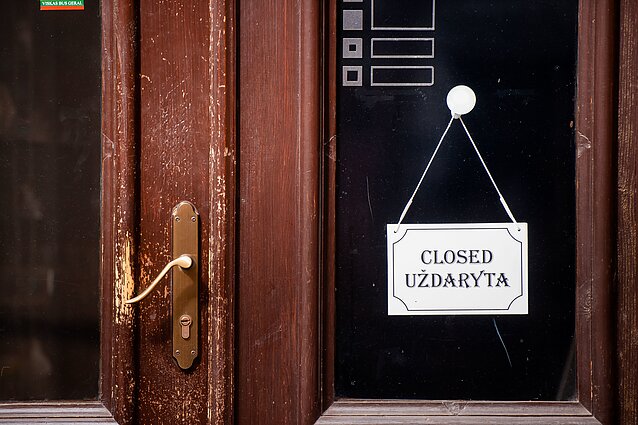 Except for grocery shopping, Lithuanians, Latvians and Estonians have been using their bank cards up to 50 percent less since the coronavirus epidemic began, according to data published by Swedbank. Each nation, however, has been focusing their spending on different things.

According to the data collected by Swedbank’s research division, Estonians are hunkering down on food, Latvians are turning to gardening, and Lithuanians have been more prone to gambling.

Here are the key takeaways from Swedbank’s research, published on April 24:

– "Data until April 19 shows a major contraction in card transactions since the announcement of emergency in the Baltic [states]."

– "When the Covid-19 crisis was announced as a pandemic, the turnover actually rose significantly in all three countries, with consumers frontloading expenditure and stocking up on products." 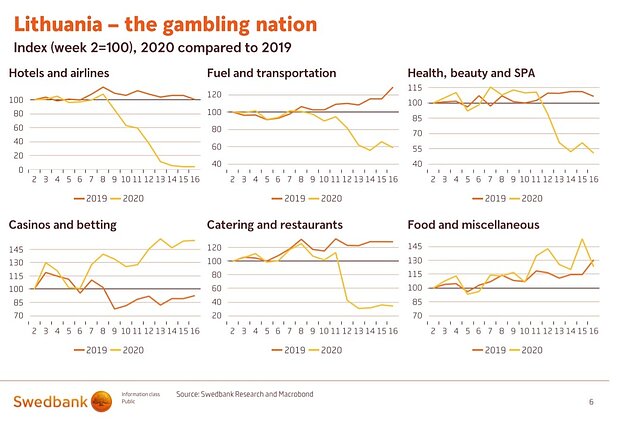 Lithuania / Screengrab of the Swedbank report

– "Starting from [...] the first full week of an emergency situation in the Baltics, the volumes of transactions have been falling. However, the fall seems to have levelled off."

– "The drop in total card transactions in the first three weeks of Q2 (vs same period in 2019) reached 19% in Latvia and 30% in Estonia and Lithuania.

– "Card spending, excluding food and miscellaneous stores, was down 30% in Latvia and around 50% in both Lithuania and Estonia." 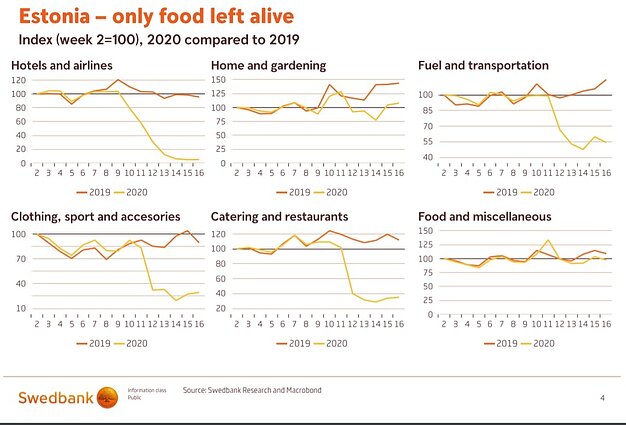 Estonia / Screengrab of the Swedbank report

– "Point of Sale (POS) data shows that the most affected sectors in the Baltics have been airlines and hotels, where activity has almost entirely disappeared."

– "Food spending has fared markedly better – with turnover increasing substantially in Lithuania and Latvia, and the fall being comparatively small in Estonia."

– "In Latvia, where restrictions have been less strict, the fall in such sectors as health and beauty and transport is less pronounced, and there is even an increase for home and gardening [spending]."

– "However, even though restaurants are mostly allowed to operate in Latvia, the fall has been comparable to Lithuania and Estonia, suggesting that consumers prefer to stay at home." 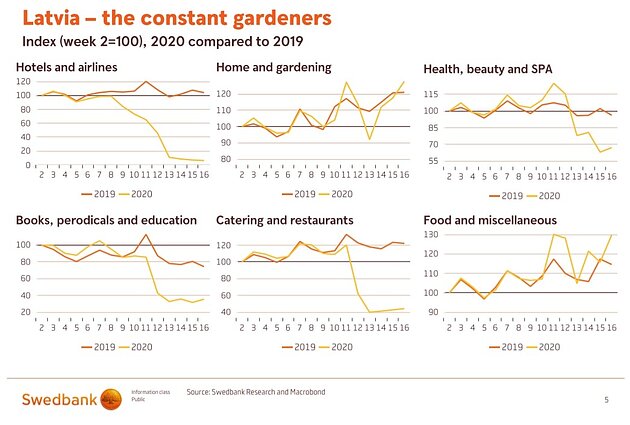 Latvia / Screengrab of the Swedbank report 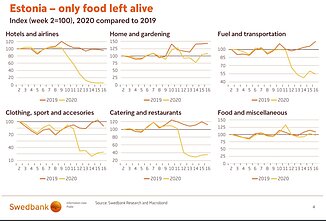 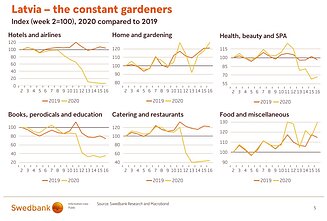 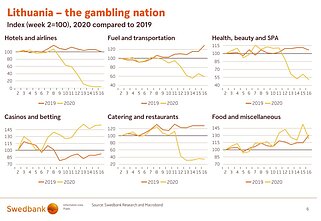 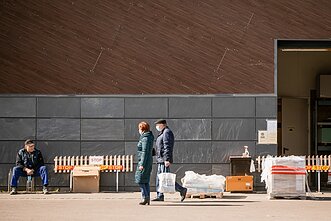