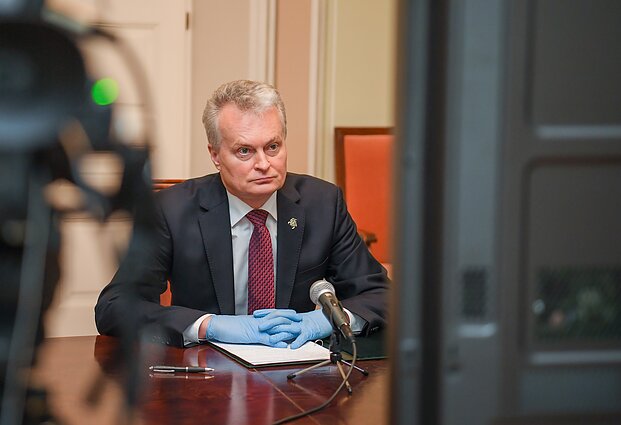 Lithuanian President Gitanas Nausėda and his Belarusian counterpart, Alexander Lukashenko, will hold a call on Thursday to discuss measures to combat the Covid-19 pandemic and the EU's Eastern Partnership issues.

The Lithuanian and Belarusian leaders are also expected to speak about the Astravyets nuclear power plant and bilateral economic relations, Office of the Lithuanian President said on Wednesday.

Belarusian President Lukashenko previously said that he could not see the virus flying anywhere, and suggested that "tractors" and work "in the fields" would heal everyone. He also told Nausėda to take care of "your virus".

Weeks later, on April 13, Lukashenko backtracked on his words, saying it was a joke. Meanwhile Lithuania banned passenger cars from Belarus from entering the country as a response to Minsk's management of the health crisis.

The Lithuanian president is also planning to hold talks with all EU's Eastern Partnership countries, including Belarus, Ukraine, Moldova, Georgia, Armenia, and Azerbaijan, according to the press release.

The European Commission said on March 31 it reallocated more than 140 million euros to help Armenia, Azerbaijan, Belarus, Georgia, Moldova, and Ukraine in their fight against the coronavirus pandemic.