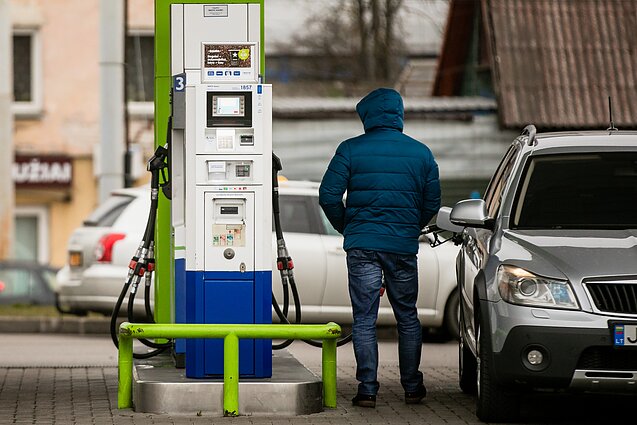 Fuel prices are unlikely to go down any further, experts say / J. Stacevičius/LRT

Amid a plunge in global oil prices, fuel prices in Lithuania bottomed out in mid-April and are unlikely to go down any further, experts say.

They cannot say, however, how long the prices will stay at their current low level.

Economist Tadas Povilauskas of SEB says fuel prices in Lithuania hit their lowest point at around Easter and have now stabilised.

“Oil prices have stayed below 30 US dollars a barrel for a month now. Diesel fuel prices hit bottom at the end of last week, when Orlen Lietuva sold [diesel fuel] for as low as 0.752 euros per liter,” he told BNS. “In recent days, there has been some stabilisation in wholesale prices.”

Povilauskas predicts that the easing of quarantine restrictions will gradually increase the demand for oil products, “at least in the passenger transport sector, in some industries”. However, it may not happen immediately, according to him.

Daiva Jokšienė, the president of the Association of Lithuanian Oil Product Trade Enterprises, notes that fuel prices have fallen sharply.

“We had gasoline at 1.28 euros [per liter], and now we have one euro or even less – a significant decline,” she told BNS.

Retail prices, tracking wholesale prices, are stabilising too, according to Jokšienė.

Povilauskas doubts that oil prices will move up when demand recovers, saying they are likely to stay at 20-30 US dollars in the coming months.

Oil prices plunged to their lowest level in more than two decades on Monday. 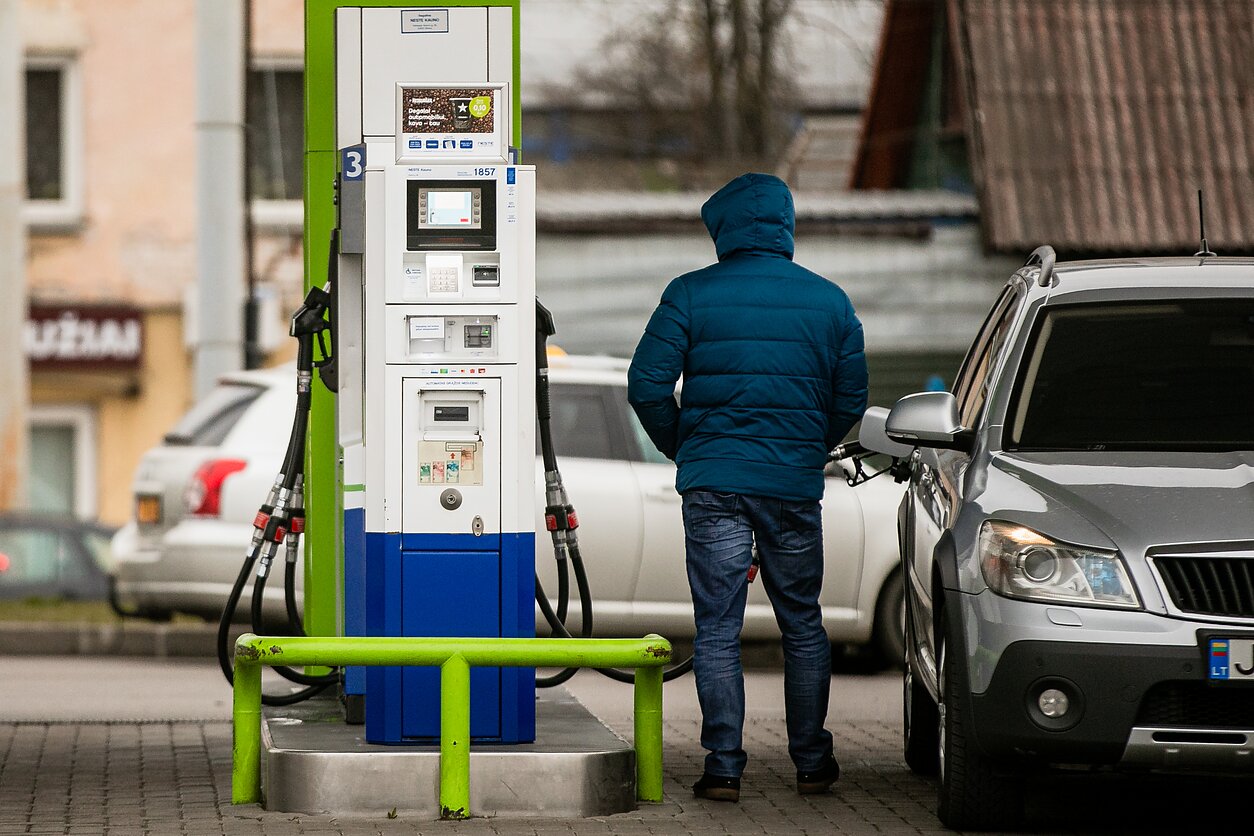 Fuel prices are unlikely to go down any further, experts say
1 / 1J. Stacevičius/LRT