Lithuania’s Karnišovas at the helm of NBA's Chicago Bulls. 'This is the height of a dream' 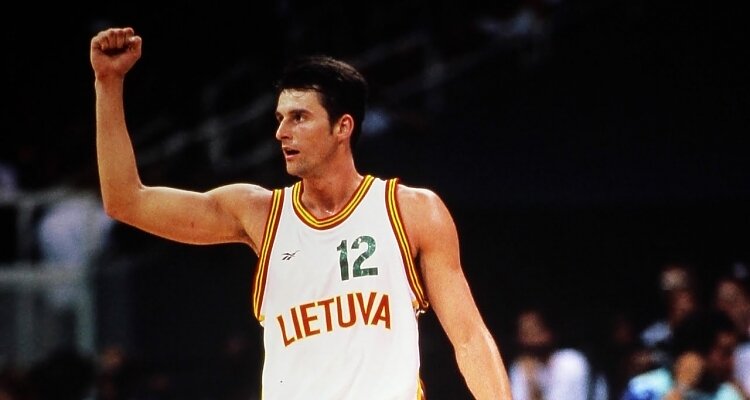 Artūras Karnišovas during his career as a basketball player / FIBA

On March 13, Artūras Karnišovas became the Executive VP of Basketball Operations at the Chicago Bulls basketball club. The 48-year-old former player will become the first Lithuanian to head a basketball club in the NBA.

"This is the height of a dream for me, and I am prepared for the challenge that it presents," said Karnišovas in the club’s press release. "I grew up watching the Chicago Bulls. They represented American basketball and the NBA to a kid from Lithuania."

"Chicago is a great sports town with a long, robust sports history,” he later told reporters. "The city is made up of very passionate fans. Earning the enthusiasm and excitement back from the fans is both a challenge and something I very much look forward to."

Chicago is also the epicentre of the Lithuanian diaspora in the US.

An open letter from Arturas Karnisovas to you, #BullsNation:

Karnišovas will take up the most senior position in the management, which is only below the club's owners. He will be fully responsible for running the basketball matters at the club – from recruiting players and scouting talent to choosing the club's coaches and management.

Karnišovas first got a glimpse of the US when he was picked for the college league, the NCAA, in 1990 when Lithuania was still occupied by the Soviet Union. He was the first player from the USSR to play college basketball in the US.

Since then, he became a highly decorated player, representing clubs in Lithuania, France, Spain, Greece and Italy. He went on to earn multiple awards, including the European Player of the Year in 1996.

Karnišovas also helped lead the Lithuanian national team to Olympic bronze medals in 1992 and 1996 and the European silver in 1995.

He retired in 2002 at a fairly young age of 31 and returned to the US to work in the financial sector. In 2008, he took the next step in his career and became an international scout for the Houston Rockets at the NBA.

Five years later, in 2013, he joined the Denver Nuggets as an assistant to Tim Connelly, the general manager.

Then in 2017, when Connely was promoted to VP of operations, Karnišovas became the club's general manager, before setting his foot at the Chicago Bulls.

According to the NBA, Karnišovas played a key role in the construction of championship contenders with the Denver Nuggets and the Houston Rockets.

His next task at the Bulls is to pick an assistant. 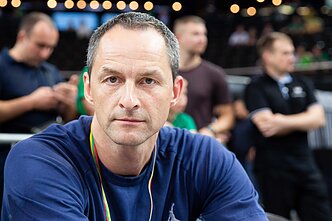 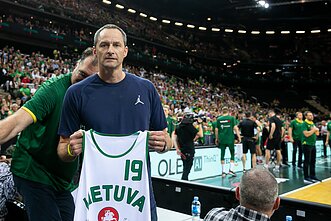 # Society# Sports# Baltics and the World