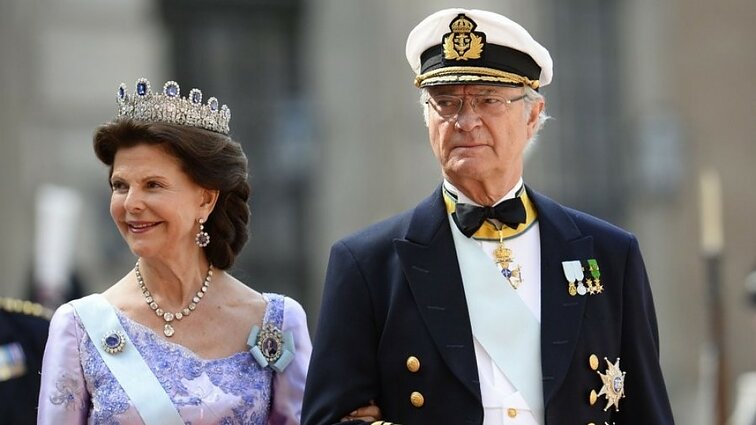 Carl XVI Gustav of Sweden and Queen Silvia are arriving in Vilnius on Wednesday for a state visit.

Carl XVI Gustav of Sweden and Queen Silvia are arriving in Vilnius on Wednesday for a state visit.

"This is the highest-level visit between states that symbolizes understanding, common interests, friendship and a special status," Lithuanian President Dalia Grybauskaitė said on LRT radio before the visit. "State visits are very few and far in between, so it is indeed very symbolic for our state, for us, saying that our relationship is special and that Sweden is our special friend and partner." The president noted that Lithuania and Sweden effectively cooperated in the fields of economy, defence and energy.

"We are in the same region, we share a similar understanding of our security, we have similar positions on many issues in the European Union. True, there are differences, for example, when it comes to migration and some other smaller issues, but essentially it is number-one investor in Lithuania and provides great help in bilateral military cooperation, although Sweden is not a NATO member," President Grybauskaitė said, adding that Sweden was one of the "guarantors of energy security and independence" of the Baltic region.

This is the second state visit of Sweden's royal couple in Lithuania. The theme for the three-day visit is "The Baltic Sea Unites Us", therefore much focus will be on scientific research and innovation, sustainability and common challenges related to the Baltic Sea and the Baltic region, the Swedish embassy said.

The king of Sweden first visited Lithuania soon after it regained independence from the USSR, in October 1992. The royal couple also came to Lithuania in 2003 and in 2009.