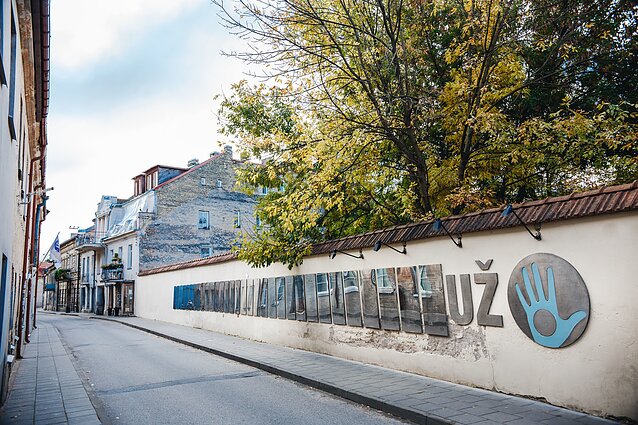 The constitution is posted on the wall in Užupis. / GoVilnius

On April 1, 1998, the bohemian district in Vilnius unveiled a manifesto and declared its mock independence as a community project. The ‘republic’ also established an 11-strong army. It later retired.

“We wrote [the constitution] in under three hours,” Tomas Čepaitis, a co-author of the constitution and the current ‘foreign minister’, is quoted in a press release by the Vilnius development agency, GoVilnius.

Since then, the constitution has been translated into more than 50 languages, each time adding a new plaque on the same wall. It is one of the most popular monuments in Vilnius today.

The 41 clauses of the constitution include “the right to understand” and the “right to die, but it’s not an obligation”. 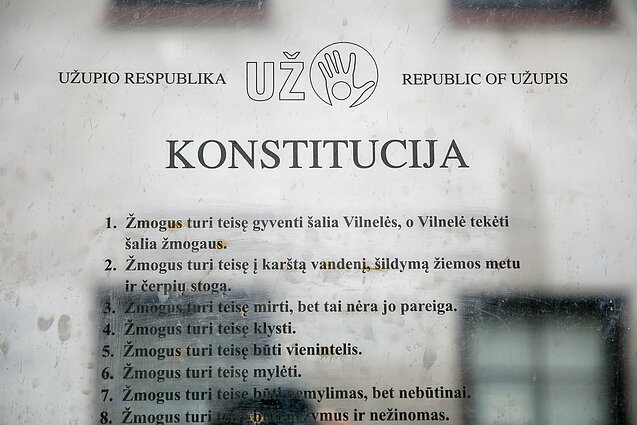 The monument attracted the attention of Pope Francis who blessed it during his state visit to Lithuania in 2018.

“We wanted to create something different, we wanted to foster a community. When the time came to figure out how to draw people’s attention, we turned to humour,” said Čepaitis.

“Initially the constitution seemed misunderstood, it took time for it to grow on people. Now everyone finds something special for themselves in the enshrined rights. We have reproductions of our constitution made and unveiled in Georgia, Germany, Italy and are currently working on unveiling another one in South Africa,” he said.

Apart from the constitution, the Užupis Republic has its own anthem and flag. 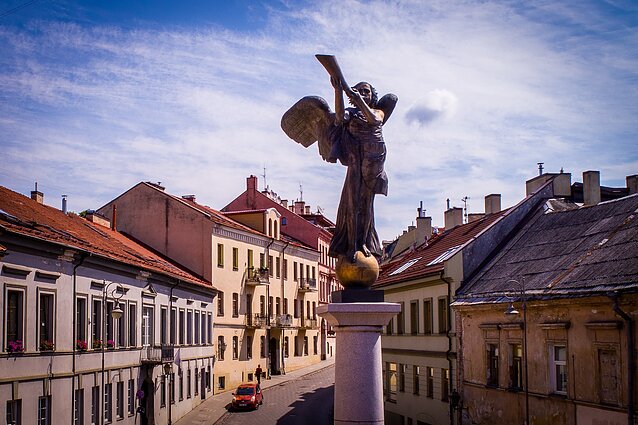 Užupis is one of the oldest districts in Vilnius dating back to the 16th century. It was one of the poorest parts of Vilnius, and was also known as the red-light district. The area was largely neglected during the Soviet occupation and eventually gained favour with artists and creators.

Due to the coronavirus quarantine, the traditional public feast on April 1 had to be cancelled, according to the press release.

However, Užupis encourages people to celebrate at home by evoking the symbol of the republic – a palm with a hole in it.

“The new generation has brought their own values into the celebration of independence. But the spirit of Užupis remains. It is as constant and integral to the place as the river Vilnelė. The suburb changes and evolves, but its spirit will not let it lose identity,” said Čepaitis. 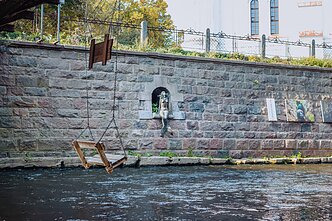 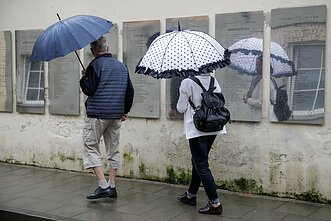 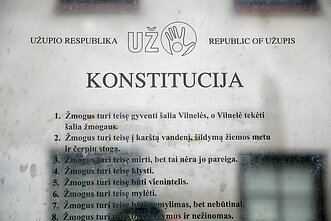 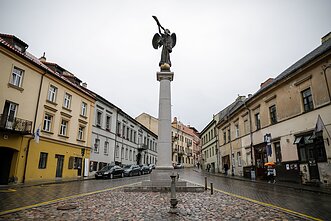 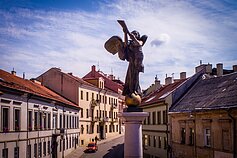 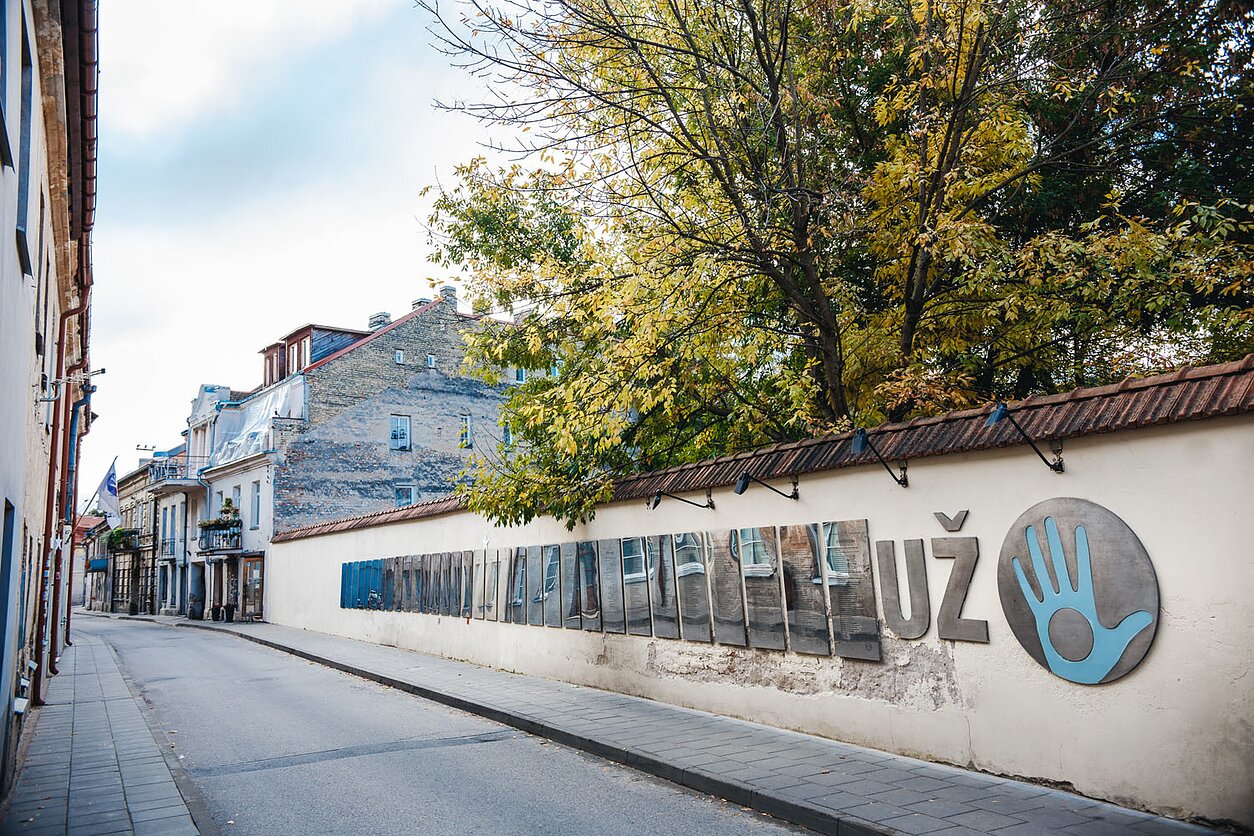 The constitution is posted on the wall in Užupis.
1 / 6GoVilnius 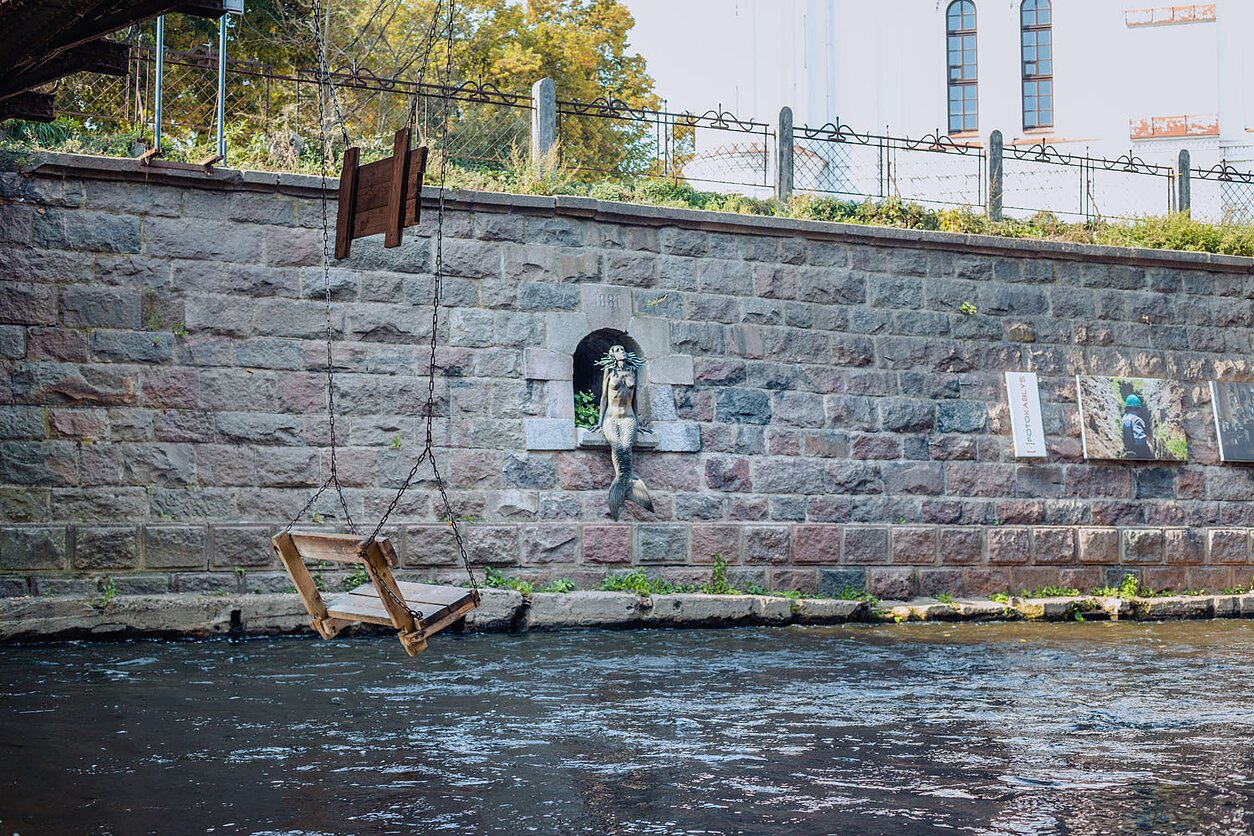 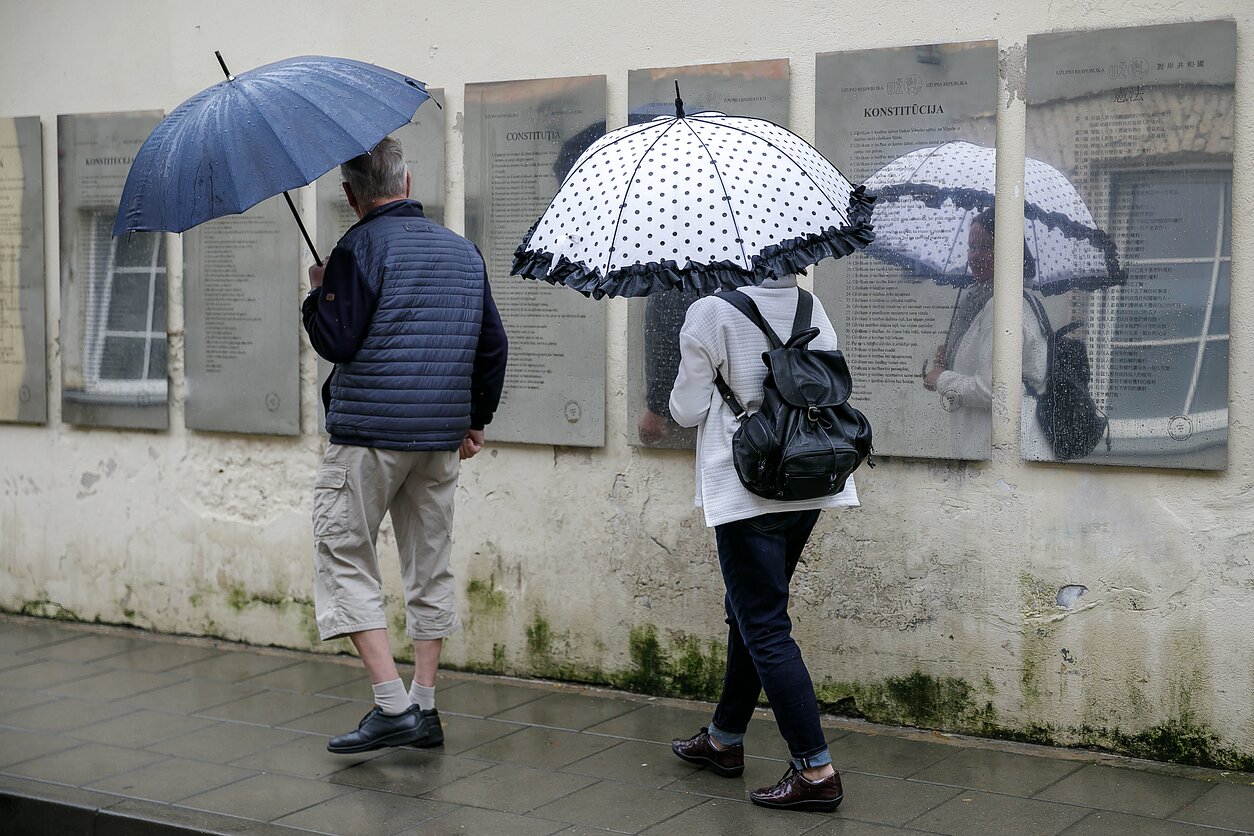 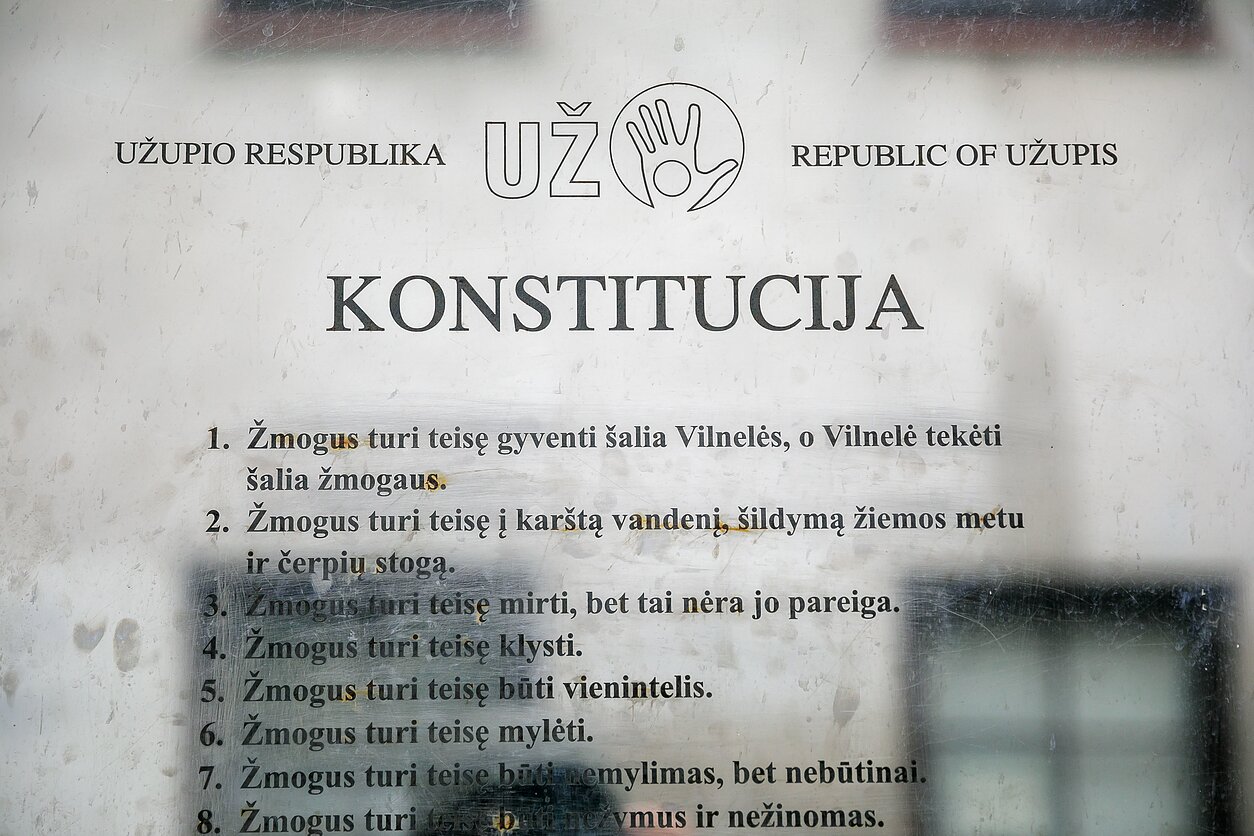 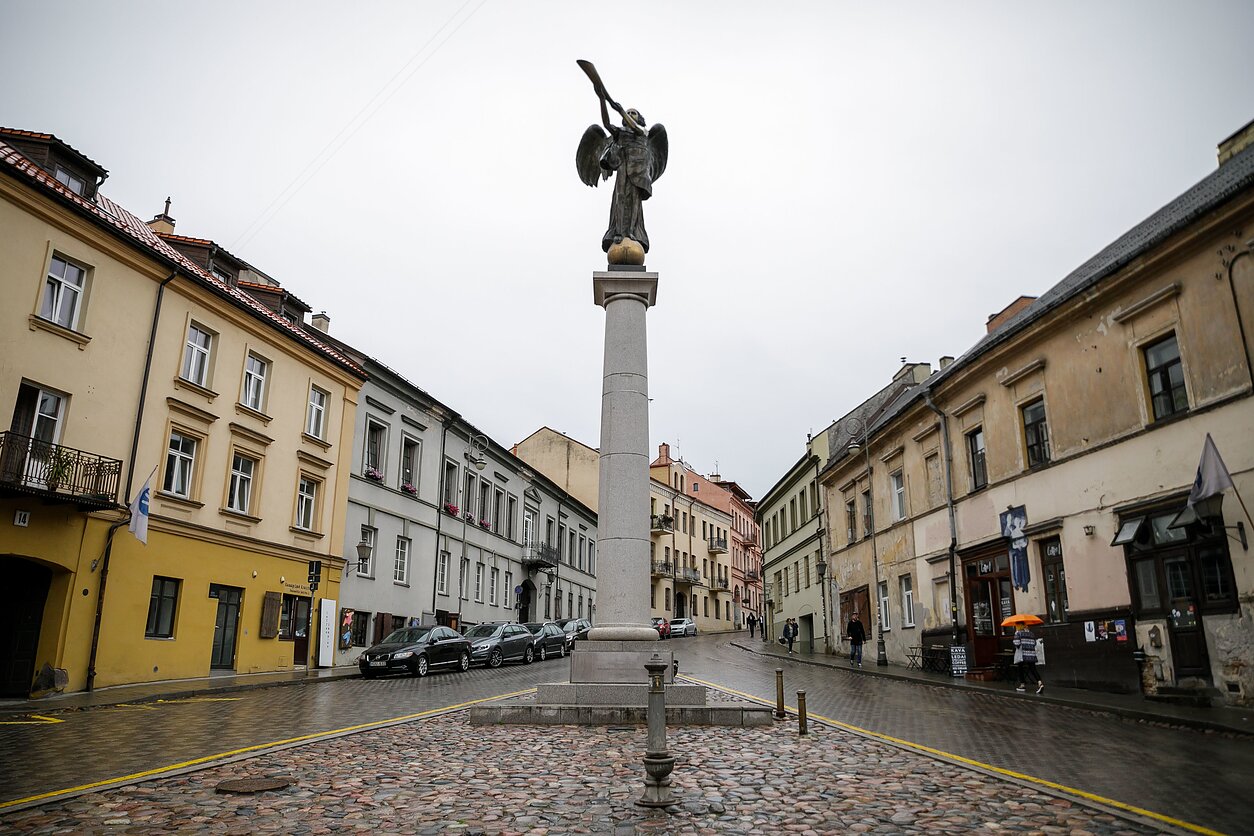 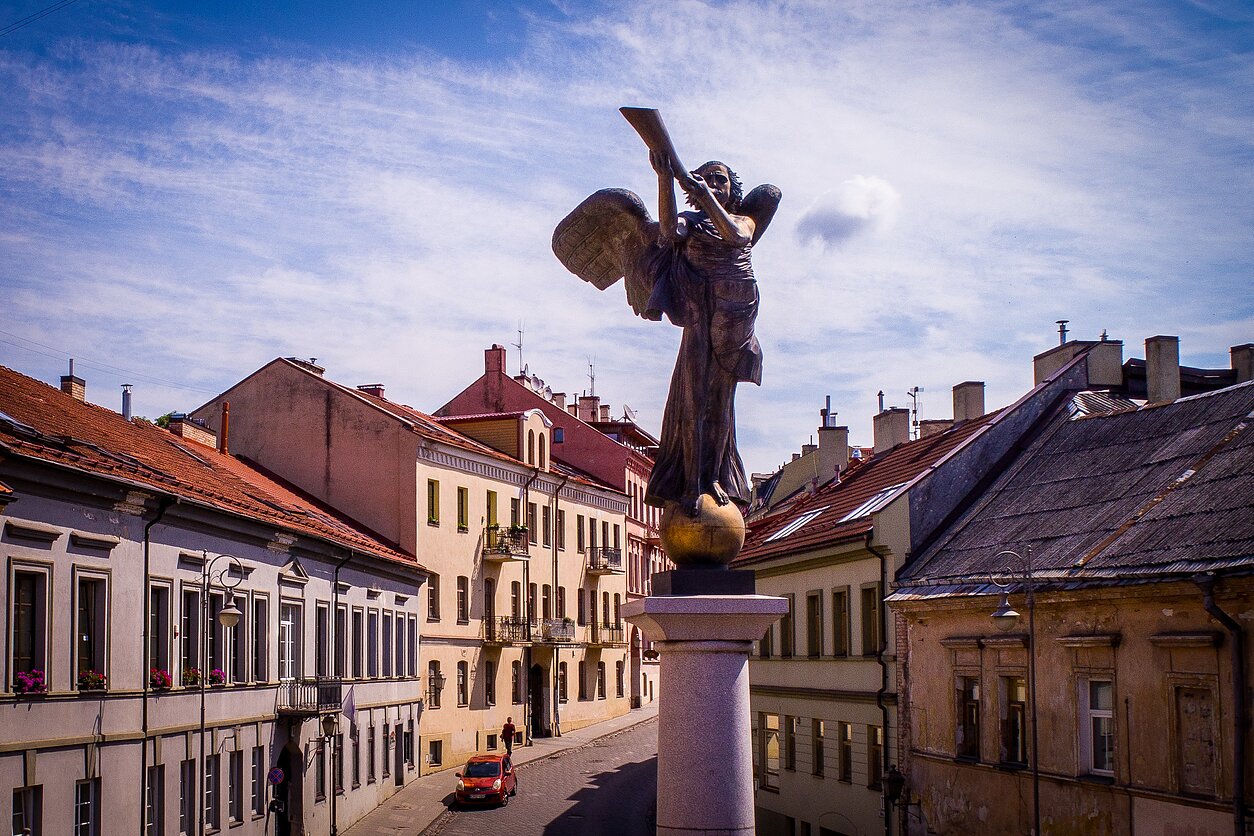