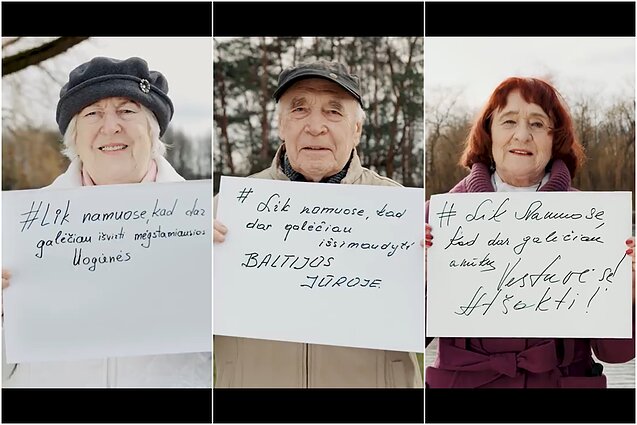 #LikNamuose so that I can still "make jam," "swim in the Baltic Sea," "dance away" grandchildren's wedding / #LikNamuose/Facebook screengrab

The elderly have urged Lithuanian youths to stay at home in a viral video created by the Student Union of Lithuania, Baltas Medis company, and the team behind a pensioners' magazine, 60+.

Holding up placards, the seniors say they don't want to become dangerously ill with Covid-19, and still have a chance to make their favourite jam, take a plunge in the Baltic Sea, hold their grandchildren, or attend a concert by Radži, a sweetheart among the country’s pensioners.

The author behind the #LikNamuose (stay at home) initiative, Karolina Barišauskienė, told LRT TV that an increasing number of organisations were now taking part in the initiative, with the younger people taking pictures with placards in response.

For example, one young woman held up a sign saying “I stay at home so that I can sooner visit my grandmother in Marijampolė and her cat, Putinas”. 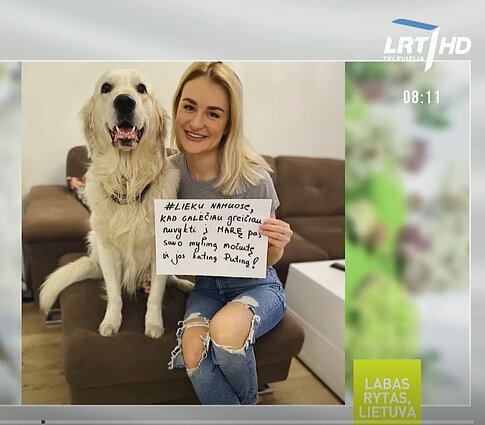 “The idea was to communicate in the words of the seniors to stay at home,” said Barišauskienė. The message is also addressed to the seniors themselves, she added.

The public initiative now calls for people to take pictures holding signs #LiekuNamuose (I stay at home), with a message why. 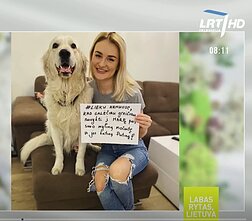