'The past is never the past'. How victims of conflict learn to deal with reality 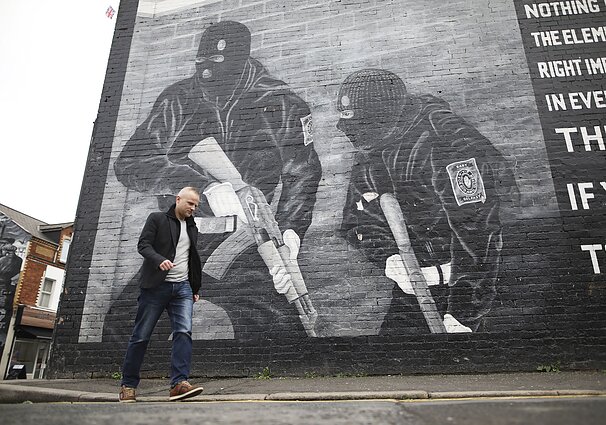 It has been more than 20 years since a peace agreement ended the conflict in Northern Ireland. Yet for some victims, that history is still very much alive. “For people who were affected by the conflict, the past is never the past,” says Cheryl Lawther, a senior lecturer at Queen’s University Belfast.

As I was preparing for the interview, I read your guidelines for the media on interviewing victims and survivors. What are the most common problems that you see in the media when it comes to the Northern Ireland conflict?

What we found when developing the guidelines for members of the media and editors is that when they are interviewing victims, they often don’t have any training in how to do that. But often there is a lot of pressure to fulfill the requirements of the job ant go out to get an interview.

They intrude on people's grief and they don’t necessarily handle situations of trauma or distress particularly well. We also found that sometimes when journalists want to get a story, they would promise victims information or publicity for their cause and those aren’t always the promises that they can actually fulfill all of the time.

The other problem is that sometimes victims and survivors can be used for political reasons. That is obviously very damaging to them. It’s also very damaging to political and social stability, because you’re not actually dealing with issues, you’re just using people's trauma to perpetuate politics or to fulfill political objective. 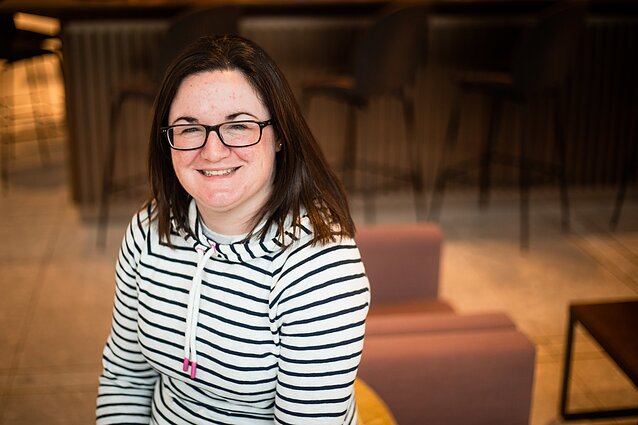 What are the challenges that victims and survivors face after a conflict or traumatic event, when they come back to normal life?

Speaking from the Northern Ireland experience, we have never had a comprehensive process of dealing with the past. We’ve never had a process that can offer victims and survivors truth or information about what happened to them. There are a lot of different initiatives going on that are aimed at dealing with the past, but not a comprehensive process for people to turn to, get information about what happened to them or their loved ones.

As people age, they still have those demands for truth, information, justice. Also, as they age, their needs in fields of physical and mental health increase, because they continue to live with scars of the conflict.

The other challenge that we see in Northern Ireland is that we still live in a very segregated society. The vast majority of children go to single-identity schools, a protestant school or a catholic school, until they’re 16 or 18. They’re not necessarily integrating until they go on into higher education or maybe into the workplace.

Do victims and survivors know that they need help? Or maybe the family must see that their loved one needs help to cope with trauma?

It’s really individual. Some people will have sought help either through the health services or through victim and survivor groups very early on. Other people have reported that they actually felt fine for many years after traumatic experience and then one day it just catches up with them that 'everything is not OK, I actually do need to get help'.

Other people might be OK and then maybe something happens, like another atrocity, that brings those feelings back. People then realise that they actually need to deal with that.

Sometimes people’s families encourage them and support them through that process and that’s great. But there are a lot of people in Northern Ireland, that we know, who have never reached out. For lots of different reasons.

Getting support is essential, whether that’s support from your family, community or local victims' and survivors' group. 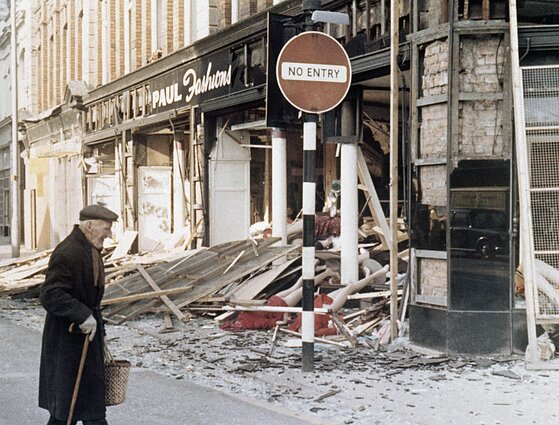 How common is post-traumatic stress in situations like that?

Post-traumatic stress is very common and, I think, to put a number on that is very difficult.

In Northern Ireland, we see a self-medicating approach to dealing with the past. There are high levels of drug and alcohol abuse and also use of prescription medication.

Northern Ireland also has the highest rate of young male suicide in Western Europe. It mostly might be the young men who didn’t live through the worst years of the conflict, but that legacy of the conflict is affecting their everyday live.

The other thing that we are seeing is transgenerational trauma. Children whose parents or grandparents were affected by the conflict are now maybe presenting in school or at home with behavioral problems, emotional difficulties. Children are just absorbing that and acting it out, even though they might have been born in the last ten years.

I have many times heard people saying things like 'he or she is playing the victim card' and other things that sound quite stereotypical. What stereotypes about victims and survivors would you like to eradicate?

First, the idea that the victim should be associated with notions of being passive or vulnerable. Of course, many people are very vulnerable, because they experienced trauma. It creates an impression that other people have to speak for victims rather than allowing victims to speak for themselves, if that’s what they want to do. It takes the ability to own your life and to shape it, to reach out for help or to do other things away from people. 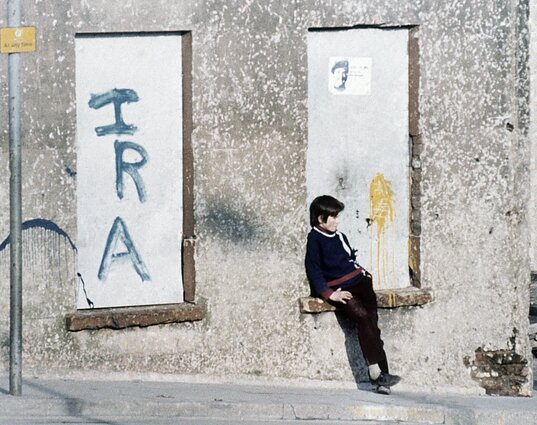 The second is the idea that the identity of a victim is homogenous. Not all victims are the same, not by any means. That means that when we are responding to victims, it can’t be a one-size-fits-all approach.

The third thing that I’d like to get rid of is this idea that we can divide victims and survivors into the two groups of innocent victims and guilty victims. That binary division that suggests that you have either absolute innocence or absolute guilt doesn’t reflect reality.

How would you recommend helping victims and survivors?

Some people will never feel comfortable talking about what happened to them, they don’t want to re-enter that period of their lives. I think that’s their right. We can’t force someone to engage with a difficult past, we have to respect individuals' wishes.

Some people feel safe and supported in the local community organisation. I remember doing a small focus group with four women in the area of Belfast and they have all been victims of the conflict in Northern Ireland. I went to visit them in a local victims' organisation. What they really liked was that you can just come in, sit down, have a cup of tea and chat with people.

They didn’t need to explain what they’d gone through, but because this group was in a local community and they knew everybody, they knew what those women had experienced, what they felt, that some days they felt like talking and at others they didn’t.

Other people feel safe talking about their experiences within a setting that they feel comfortable in, so maybe with former members of the police or prison service, because they've got that shared experience of what happened during the conflict. 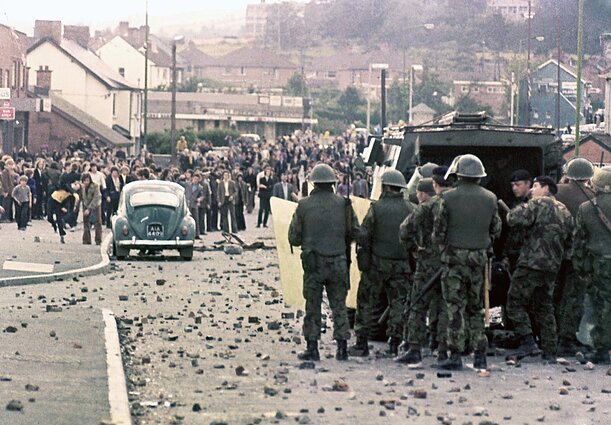 From what you say I understand that dealing with trauma on your own is rather difficult. Is that right?

Some people do cope on their own. I remember interviewing one lady and she said: “Yes, my father was killed, but I’m also a mother, a school teacher, a wife.” She had not necessarily swept that trauma under the carpet, but she has been able to develop other elements of her life that gave her a lot of joy, without forgetting what happened in the past.

I think it's very difficult to cope with that level of trauma or discomfort on your own. Then you go into situations of isolation or people self-medicating or not feeling that they can engage in a community, workforce. Support groups in Northern Ireland offer a befriending service.

For some people conflict is the only life they know. So when others criticise that time, they tend to get defensive. Why does that happen?

People get defensive of the positions and actions that they took during that time. Sometimes that is because people believed in the cause of what they were fighting for. In Northern Ireland, whether that was fighting on the behalf of the state or on the behalf of anti-state organisations. People believed in that cause and often saw their loved ones killed while seeking political objectives through violent means.

There is also resistance when unsensitive things like 'oh, we need to move on' or 'the past is the past' are said. But for people who were affected by the conflict, the past is never the past. Saying that to people who are carrying the scars of that past – that is actually very insulting. 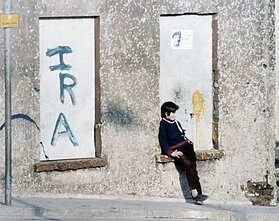 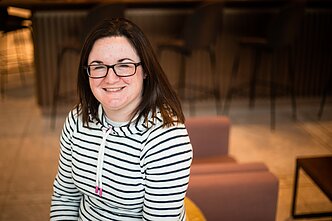 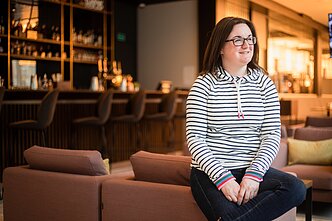 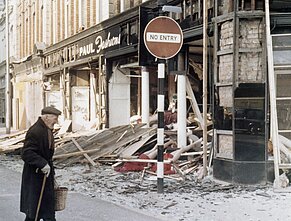 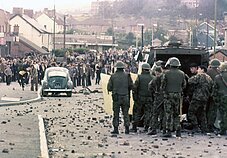