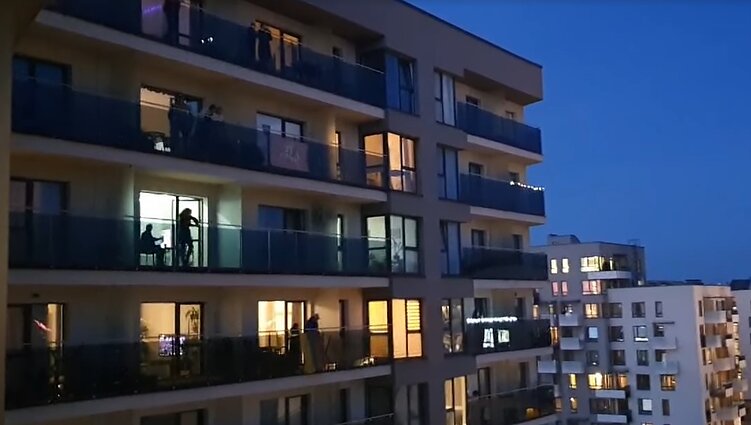 “I thought, why not try to entertain the nation a little bit,” Simonas Indrašius told LRT.lt on Wednesday / Odeta Dubraitė/Facebook Screengrab

People in Vilnius have joined their quarantined counterparts in Italy with a Eurovision twist.

On Fire, a song by Lithuania’s Eurovision hopefuls The Roop, echoed in the Fabijoniškės district in Vilnius following the initiative of one local resident, Simonas Indrašius.

“I thought, why not try to entertain the nation a little bit,” Indrašius told LRT.lt on Wednesday. “I saw similar actions where people clap for the medical workers around the world.”

“Every evening from 18:50, the first song to be played will be Šaukiu Aš Tautą (I'm calling out to the nation) by Vytautas Kernagis,” he said, which will be followed by applause for medical workers at 19:00.

The evening’s ‘show’ will be rounded up with an upbeat song, said Indrašius. He will stream the display live on his Facebook.

Meanwhile, an initiative kickstarted by Lithuania's Zip FM radio called on people to open their windows at 19:00 and applaud the country’s medical workers.