As fighting in Ukraine escalates, reporters are silenced – opinion 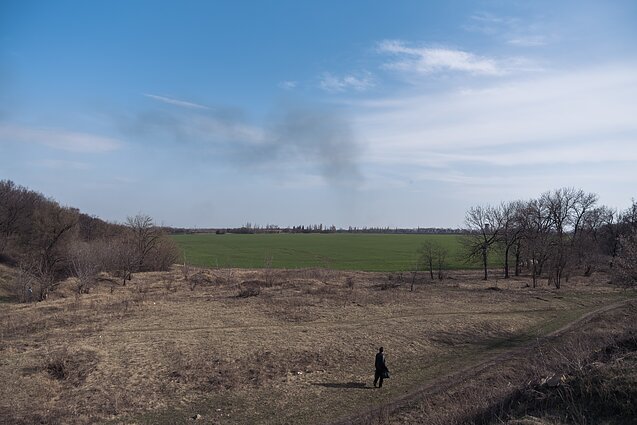 For days, Russian-supplied anti-tank missiles have been hitting Ukrainian forces all along the frontline. As the fighting intensified, journalists stood barred from reporting on one of the deadliest weeks in the six-year conflict in Eastern Ukraine.

Since March 6, six Ukrainian soldiers have been killed and 28 wounded, mostly from the anti-tank missiles not seen in action since the height of the fighting in 2014 and 2015.

On Thursday, Ukrainian journalists issued a joint plea to allow them access, and the Ukrainian military press centre admitted on the same day to applying “temporary, occasional restraints”.

Journalists, like photographer Paulius Peleckis and I, were (again) forced to join volunteers delivering aid to frontline areas in order to bypass checkpoints. Without top-level permissions, we would have been stopped several dozen kilometers from the frontline areas that remain in an information vacuum.

Six years on, the practice of arriving in the back of a car driven by volunteers or acquaintances within the armed forces is still – unfortunately – the only effective way to work in government-controlled Eastern Ukraine.

But this time, even that didn't work.

After reaching one dead-end after another, we were subsequently kicked out from a military position a kilometre behind the trench lines, even while under fire. As we departed, tracers of small arms and machine gun fire were skipping above us, with grenades and artillery shells impacting all along the outskirts of the Zolote-4 village still inhabited by dozens of civilians. 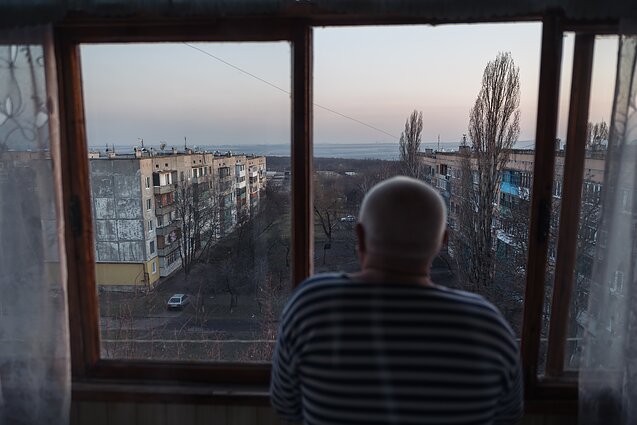 A resident in Zolote-1 looks out from his balcony. The area in the distance is under the control of Russian-led separatists / B. Gerdžiūnas/LRT

As we raced out of the firing zone, just a few hundred meters away a group of people continued their picnic to celebrate the International Women’s Day on March 8. Nearby, the same tracer rounds were painting red tracks in the sky above them.

As the access tightened, the stories of civilians – still – trapped in the fighting and the sacrifices of the Ukrainian soldiers remain untold.

And so Ukraine continues to be outgunned in the second, informational, frontline that helped foster the conflict in the first place by denying access to deliver adequate coverage, but also by losing out against Russian disinformation among its own population.

Since the New Year, Ukrainian TV channels are no longer accessible via satellite, the only means of coverage in the areas along the frontline. Now Ukrainians citizens, same as their counterparts on the other side of the trenches, are watching exclusively Russian and separatist-run TV broadcasts. 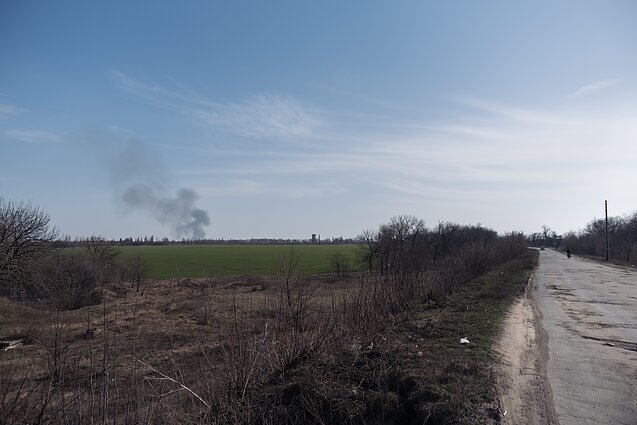 A year since I worked in the same Zolote area in the government-controlled Luhansk region, voices that were largely neutral are louder in echoing Russian narratives. "We saw and heard on the news" precede statements about alleged crimes committed by Ukrainian soldiers or the unwillingness to seek peace by Kyiv recounted on Russian TV.

Ukraine’s approach to delivering information to its citizens in the Donbass, as well as reporting about the ongoing conflict, is puzzling.

Meanwhile, the fighting goes on – both in the trenches and on TV screens.

Benas Gerdžiūnas is an editor at LRT English. Ukraine: Grey Zones is an upcoming multimedia project exploring the lives of civilians and soldiers along the frontline. 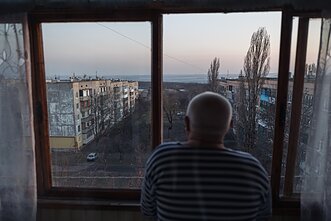 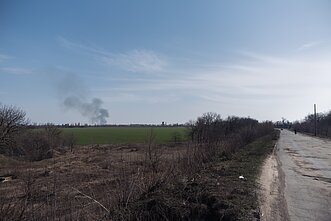