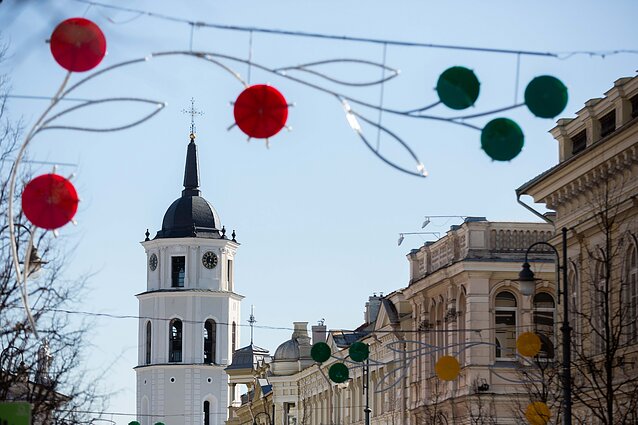 While Lithuania and other Baltic states enjoy relatively stable freedoms, democracy and pluralism are under assault around the world, the Freedom in the World 2020 report of US-based international NGO Freedom House has found.

Authoritarianism and illiberal populism remaining key challenges to overcome in Europe and Eurasia.

The annual report measures civil liberties and political rights in 195 countries and 15 territories.

In Central and Eastern Europe, a number of countries are under threat from illiberal populist leaders and political parties, the report warns.

In the region, Hungary, Serbia, and Ukraine have seen the sharpest drops in freedom since 2010.

Hungary has seen the region’s highest freedom drop, scoring 21 points less than in 2010. It’s followed by Serbia with a 12-point drop and Ukraine with a drop of 11 points.

“In Montenegro and Serbia, independent journalists, opposition figures, and other perceived foes of the government faced ongoing harassment, intimidation, and sometimes violence. Public frustration with the entrenched ruling parties boiled over into large protests in both countries, but they failed to yield any meaningful change,” the report found. 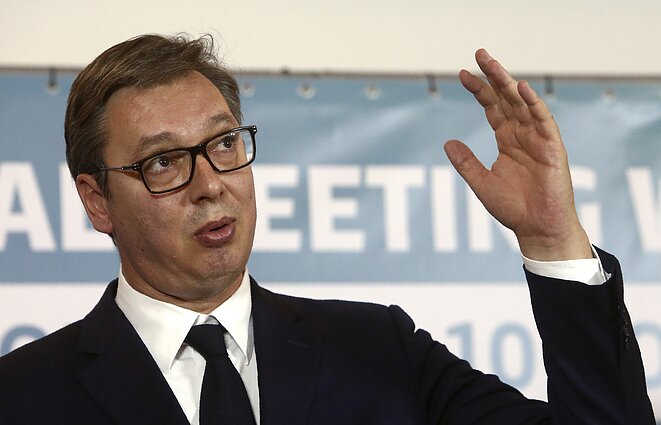 This last incident galvanised the opposition into protests which are still ongoing. The report also said that President Aleksandar Vučić had accumulated executive powers which conflict with his constitutional role.

Back then, the Serbian PM Ana Brnabić seemed unconcerned.

Hungary and Ukraine, like Serbia, are rated as partly free countries in the newest report. Currently, Hungary has 70 (out of 100) points on the freedom index, Serbia has 66, and Ukraine 62.

“After taking power in 2010 elections, Prime Minister Viktor Orbán’s Alliance of Young Democrats–Hungarian Civic Union (Fidesz) party pushed through constitutional and legal changes that have allowed it to consolidate control over the country’s independent institutions. More recently, the Fidesz-led government has moved to institute policies that hamper the operations of opposition groups, journalists, universities, and nongovernmental organizations (NGOs) whose perspectives it finds unfavorable,” Freedom House notes in the Hungary section of the report. 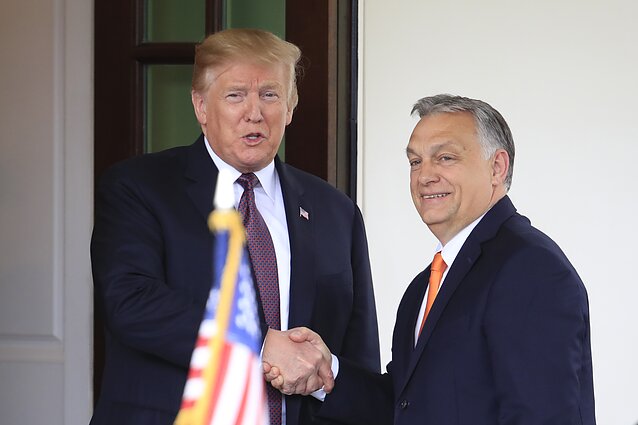 While the report acknowledges Ukraine has enacted a number of positive reforms since the ousting of President Viktor Yanukovych in 2014, it also states that attacks on journalists, civil society activists, and minorities are still frequent while the police response is inadequate.

In Poland, the report claims that legislative elections laid bare the extent to which the ruling Law and Justice party had politically captured the state media, whose taxpayer-funded broadcasts leading up to the voting amounted to partisan propaganda.

“Although it lost control of the Senate, the less powerful upper house of Poland’s parliament, Law and Justice retained its lower house majority and redoubled its efforts to purge the judiciary at year’s end,” the report says.

The report does, however, also mention positive developments in the region.

“Latvia’s new government committed itself to tackling corruption and oligarchic influence, and balloting in Kosovo lifted the opposition nationalist Vetëvendosje party into office, where it has an opportunity to change the country’s culture of corruption. North Macedonia held a competitive presidential election, helping to repair the anti-democratic legacy of the former prime minister Nikola Gruevski. And Romania amended its electoral code, expanding access to the franchise ahead of its presidential vote.” 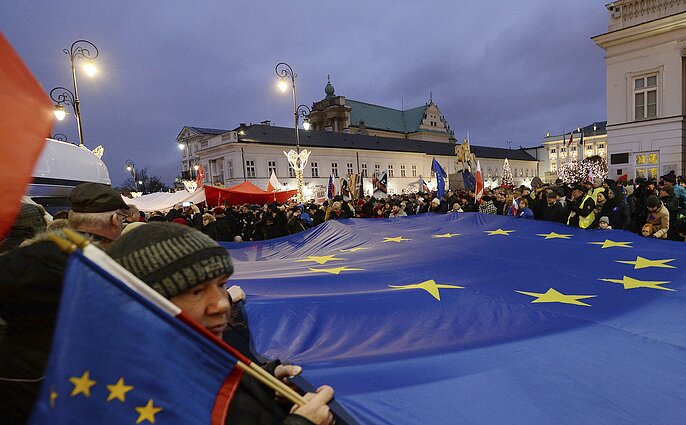 Freedom House again named Estonia and Slovenia the freest countries in Central–Eastern Europe. Maintaining their score in 2018, both nations have a score of 94 points, the same as Germany and higher than Austria, France and Spain.

Second in the region, Lithuania and the Czech Republic scored 91 points. Latvia came in third with 89 points, two points higher than in 2018. 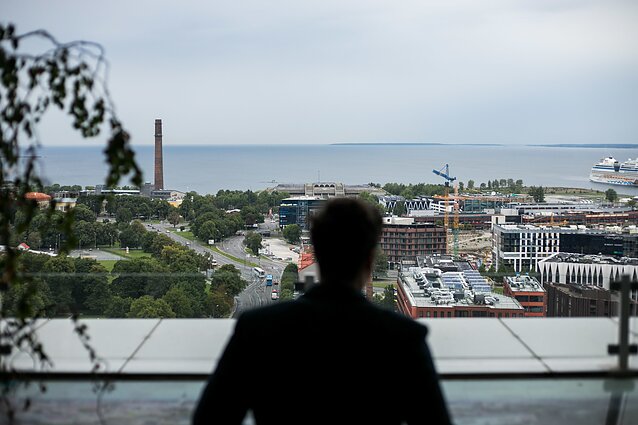 Estonia was deemed one of the freest countries in Europe / J. Stacevičius/LRT

In Moldova, a country that went through two changes of government in 2019, “pervasive corruption in the government sector, links between major political parties and powerful economic interests, and major deficiencies in the rule of law continue to hamper democratic governance.”

The Velvet Revolution, the political opening in Armenia that resulted in former journalist Nikol Pashinyan becoming the country’s prime minister, had “a positive effect on the disputed territory of Nagorno-Karabakh” in 2019 as there was “an increase in competition and civil society activity surrounding the local elections in September,” with the stage set for further changes in the 2020 elections for Nagorno-Karabakh’s president and parliament.

The weakest performers in the region are Belarus and Azerbaijan, receiving 19 and 10 points, respectively.

While they are not recognised by the vast majority of the international community, Freedom House also took a look at the five politically and militarily disputed territories of emerging Europe.

In this regard, Abkhazia, a Georgian breakaway region occupied by Russia in 2008, scored the highest last year with 40 points, followed by the Nagorno-Karabakh region between Armenia and Azerbaijan that scored 34 points. Both regions were named partially free, while Transnistria, a pro-Moscow breakaway region in eastern Moldova (22/100), Tskhinvali (South Ossetia), the other Russian-occupied Georgian territory (10/100), as well as the two Ukrainian breakaway regions, Crimea (8/100) and Eastern Donbas (5/100), were declared not free. 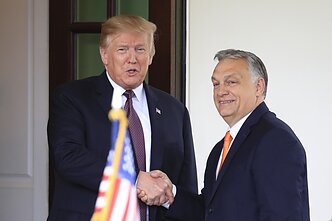 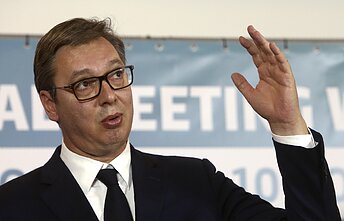 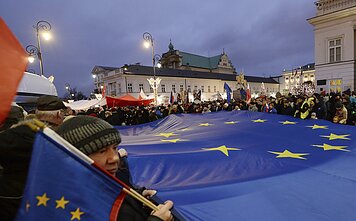 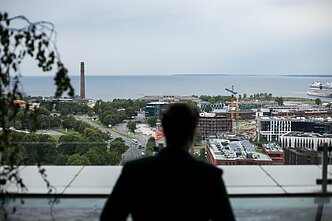