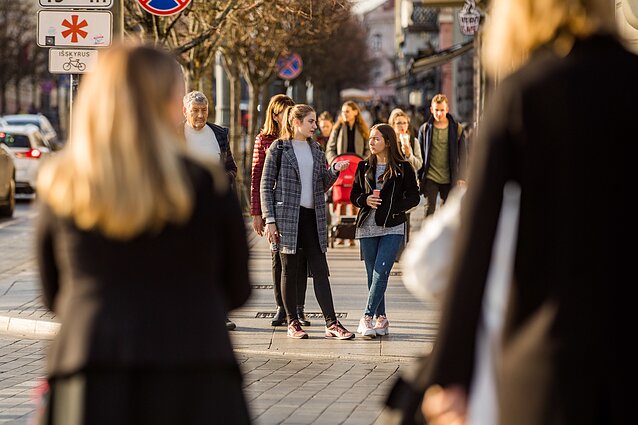 Life satisfaction rate stood at 85 percent in Poland and Estonia and 77 percent in Latvia.  / J. Stacevičiaus/LRT

Although 76 percent of Lithuanians said they are satisfied with their lives, the figure is below the EU average of 84 percent, according to the latest Eurobarometer survey.

Carried out by the European Commission in November, the survey showed that 52 percent of residents in Lithuania named inflation as the biggest problem, and 25 percent mentioned taxes.

The figures were much higher than the EU average – 18 percent named inflation and 8 percent taxes as the main problems.

In Lithuania, 23 percent of respondents mentioned health and social security as one of the biggest problems in the country, matching the EU average.

Lithuanians, however, had a more optimistic view about the future compared to the EU average. Thirty percent believed the next 12 months will be better, up by 2 percentage points from a year before.