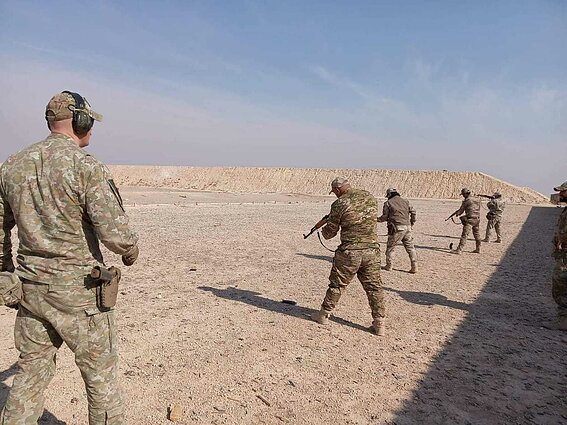 January 7 began as an ordinary day to the Lithuanians serving at the Al Asad coalition base in Iraq. An incoming radio report calling for an urgent meeting broke the routine at the base – something was up.

Captain Aurimas Dirgėla put aside his 400-page book, Where Men Win Glory about an American football player who enlisted in the army after 9/11, and rushed to the meeting.

“We received a report that a ballistic missile attack was likely,” said Dirgėla, the commander of the Lithuanian instructors at the Al Asad base. “The order was to be prepared to leave the base.”

Lithuanian troops, meanwhile, were waiting for an end to their six-month deployment as part of the Danish force.

Around eight hours later on January 8, several dozen rockets launched from Iran hit the Al Asad base. More than a 100 American troops received traumatic brain injuries, but the Lithuanian soldiers were left unharmed.

Three hours before the attack, they had grabbed their gear, ammunition, prepped their vehicles and joined a column of troops departing the base.

“The shelling [...] maybe gave some sort of an emotional wave, but there was no time to be afraid,” said Senior Sergeant Benas Šimkus. “I can’t even say the word [fear], because we knew where we were going.” 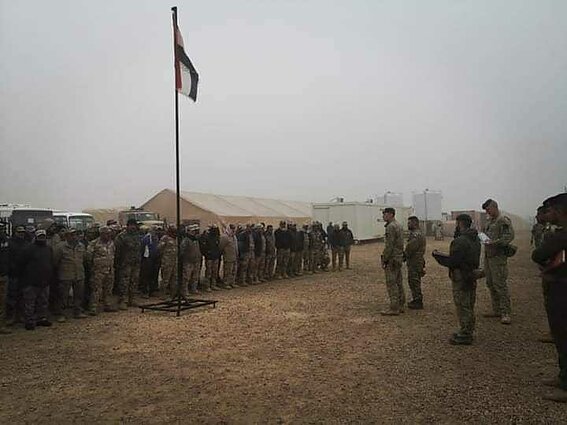 Troops were ready to defend the base

When the Iranian rockets struck several hours past midnight, Lithuanian troops were already in position some five to eight kilometres away in case there was a ground attack.

Although the troops in Iraq were on a training mission, the instructors said they trained to defend the base every week and therefore knew what to do.

“It’s difficult to describe the feeling,” said Šimkus. “Maybe there was even [a sense] of, finally, something happening,” he added.

However, there was no need to fire any shots. The soldiers returned back to the base with the morning light.

“Rockets did leave a mark. There was debris, the ground was upturned, air conditioners and lights had fallen to the floor,” said Captain Dirgėla, adding he didn’t notice if the base took any critical damage.

In the morning following the attack, Lithuanian troops tidied up their facilities and rooms, and were later ordered by their Danish commanders to leave for Kuwait. They returned to Lithuania later the same month. 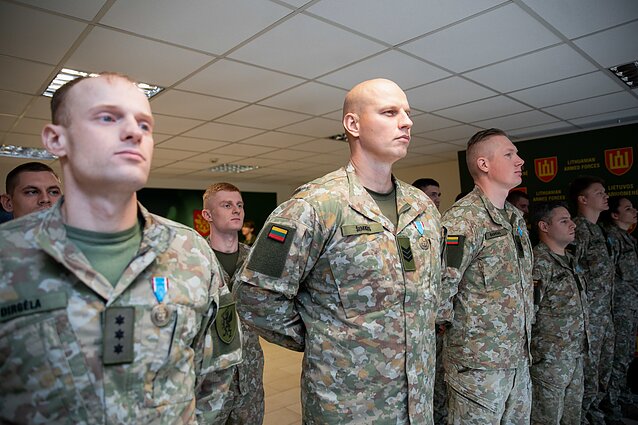 Lithuanian troops were awarded back at the Lithuanian military headquarters in Vilnius / D. Umbraso/LRT nuotr.

The first Lithuanian instructors were deployed to Iraq in 2017 after the country decided to join the US-led Operation Inherent Resolve.

The ensuing uncertainty in the Middle East pushed some countries to consider if they should keep troops in Iraq. Currently, there are only two Lithuanian soldiers deployed there.

“These people definitely had stories to tell”

The last rotation that came back to Lithuania in January trained some 300 Iraqi soldiers. Instructor Šimkus said that the biggest challenges arose out of cultural differeces.

“We think that our procedures are clearer, easier to understand,” he said. “Meanwhile, Iraqis think that they know better.”

Read more: #Voices – Iranian in Lithuania: ‘people are tired of this daily pressure’

“For us Europeans, it might seem strange how important religion can be to a person, and how much it can even influence military training,” he added. “Maybe it was difficult for us to understand the cultural differences, like what gender equality means, because we also had women serving in the international force.”

“You could really feel that it was a nation that went through much war,” said Šimkus. “These people definitely had stories to tell.” 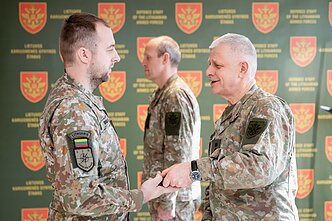 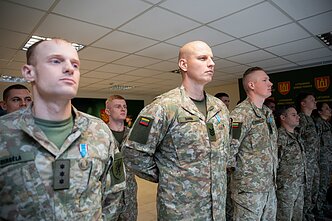 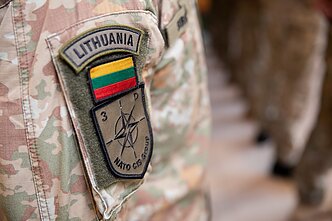 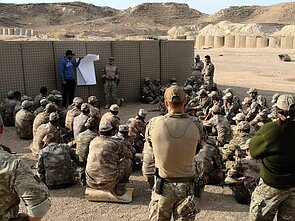 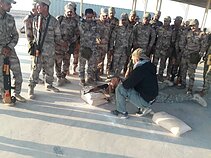 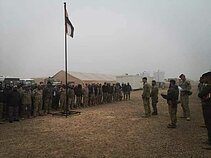 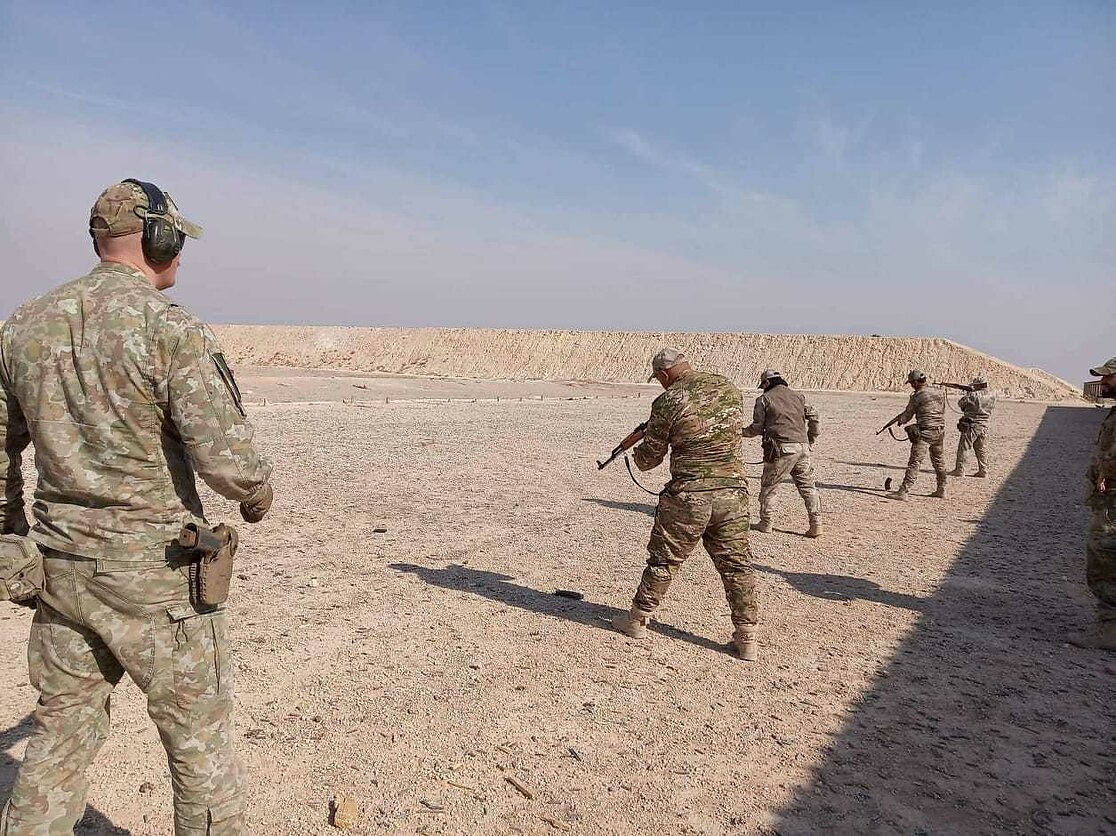 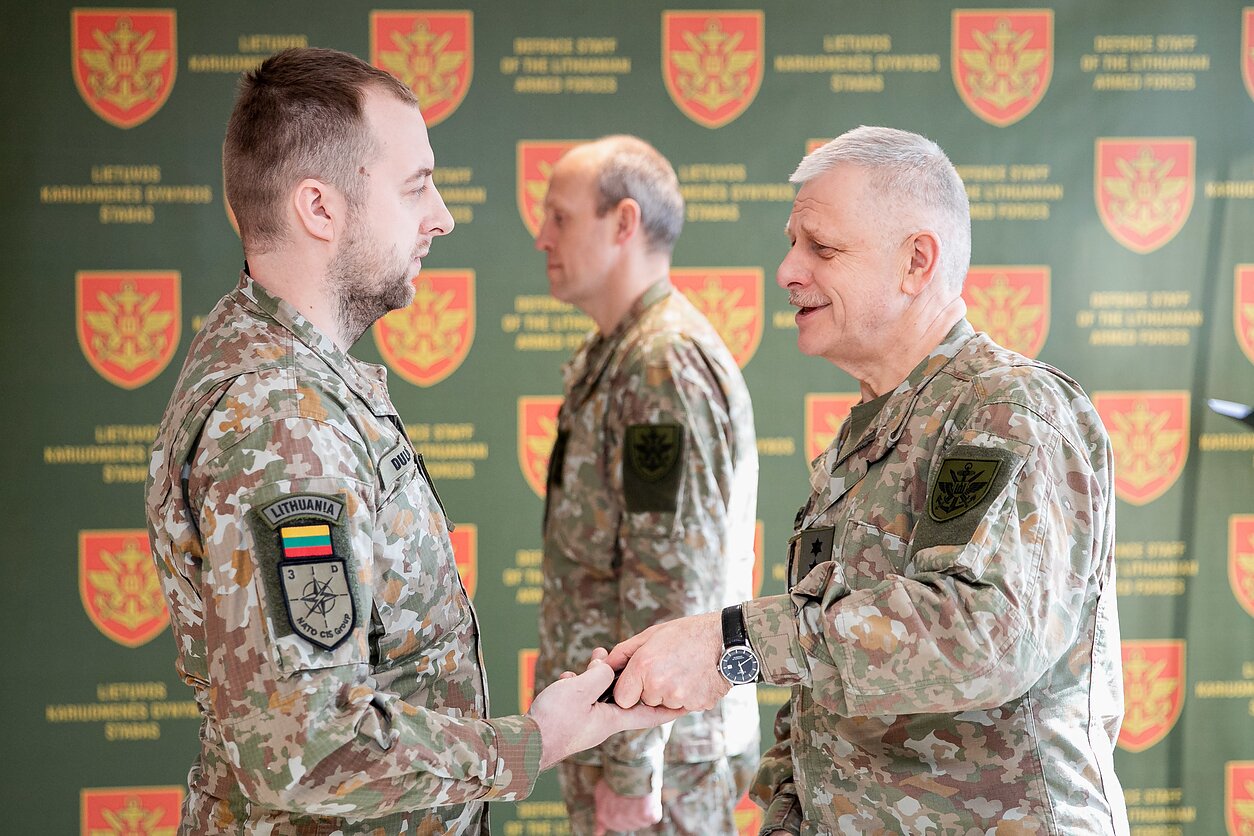 Lithuanian troops were awarded back at the Lithuanian military headquarters in Vilnius
2 / 7D. Umbrasas/LRT 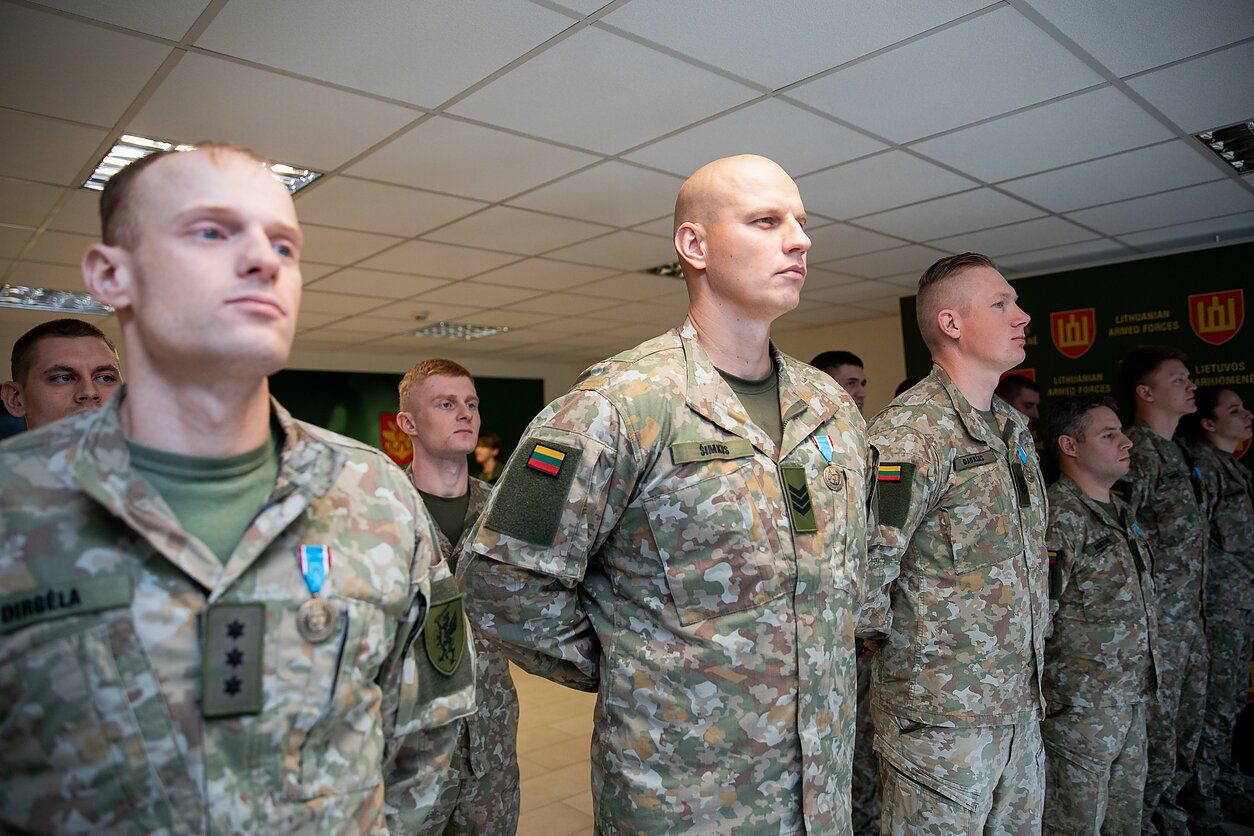 Lithuanian troops were awarded back at the Lithuanian military headquarters in Vilnius
3 / 7D. Umbraso/LRT nuotr. 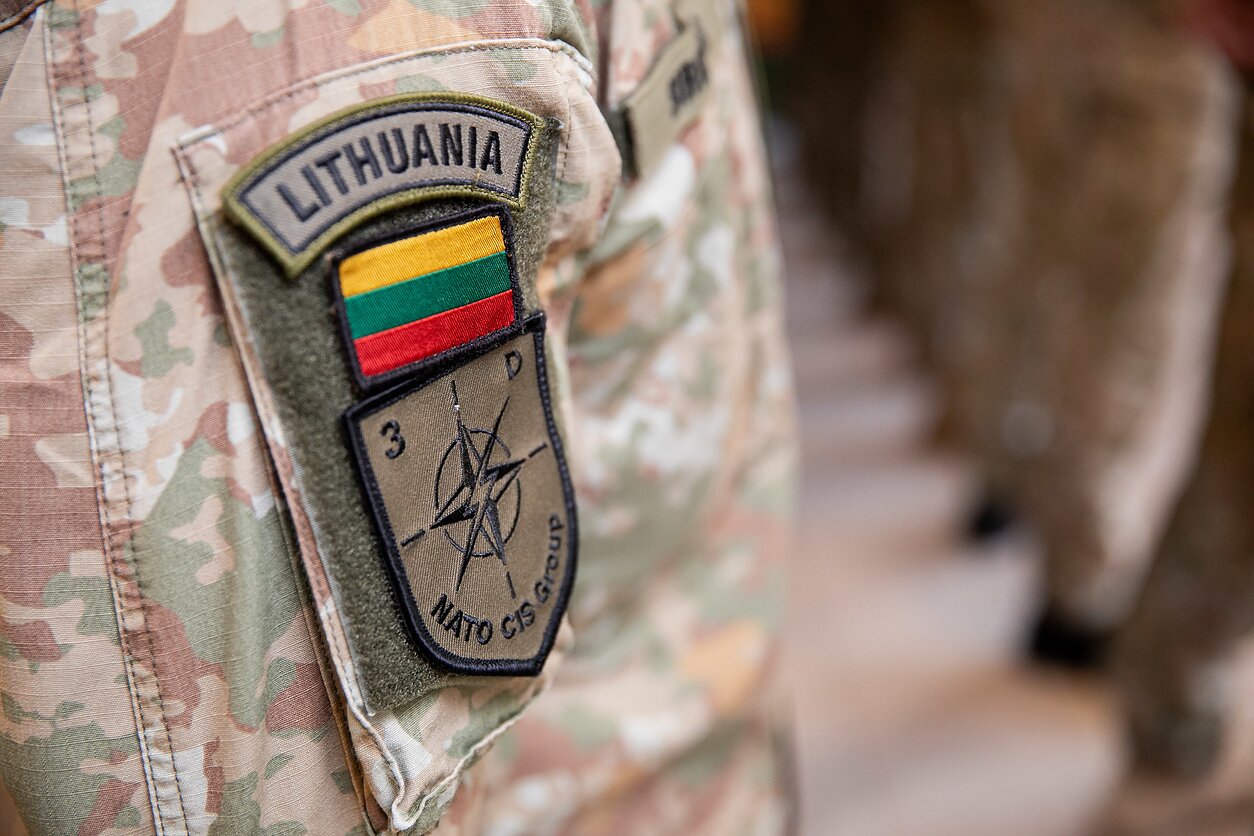 Lithuanian troops were awarded back at the Lithuanian military headquarters in Vilnius
4 / 7D. Umbraso/LRT nuotr. 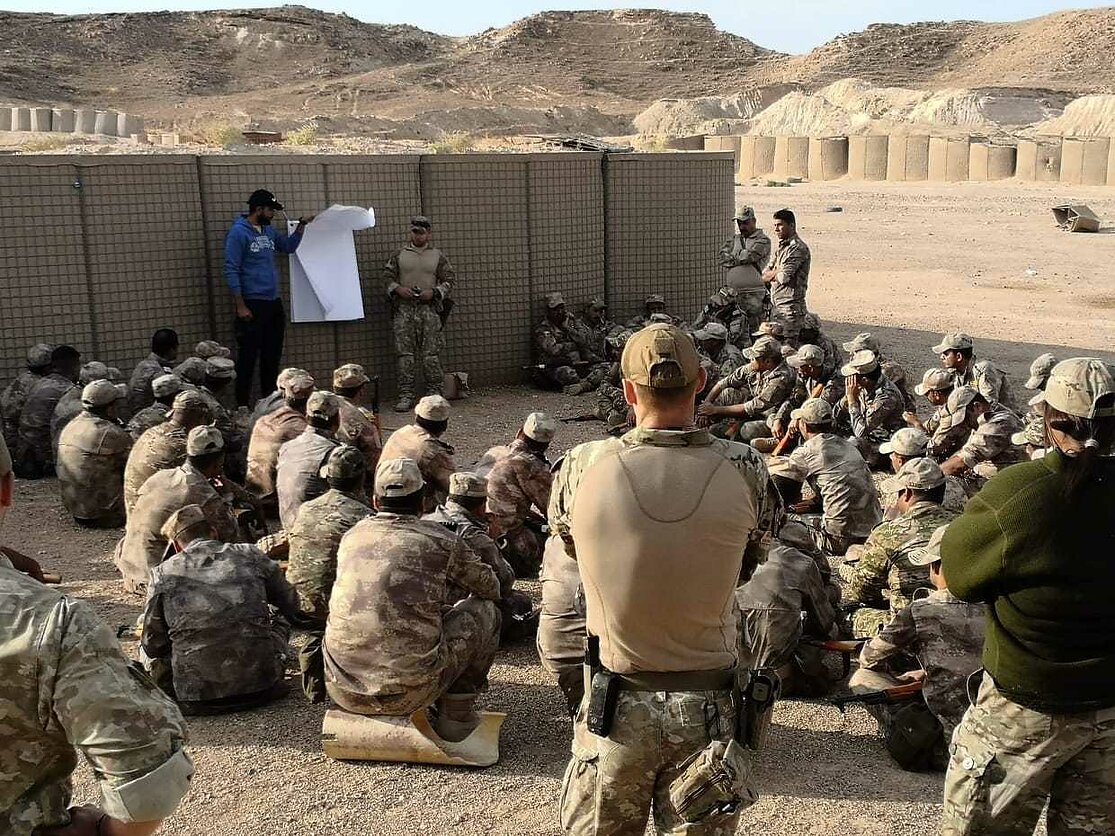 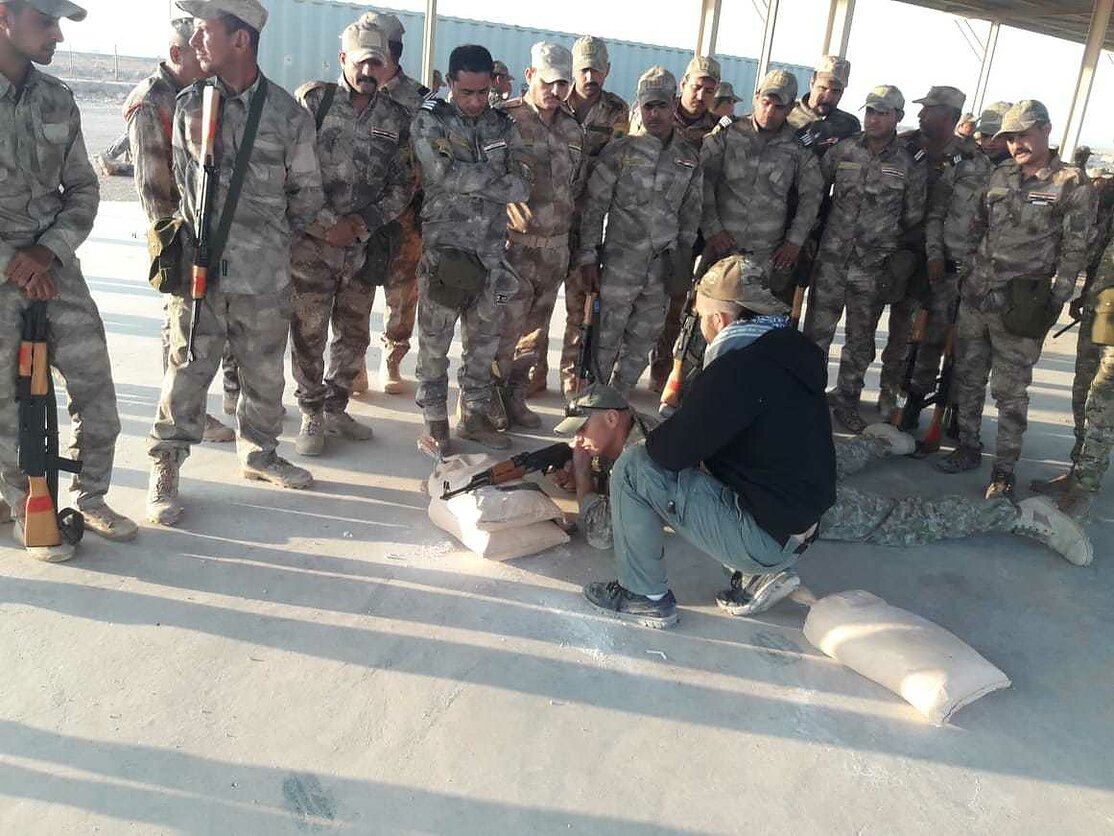 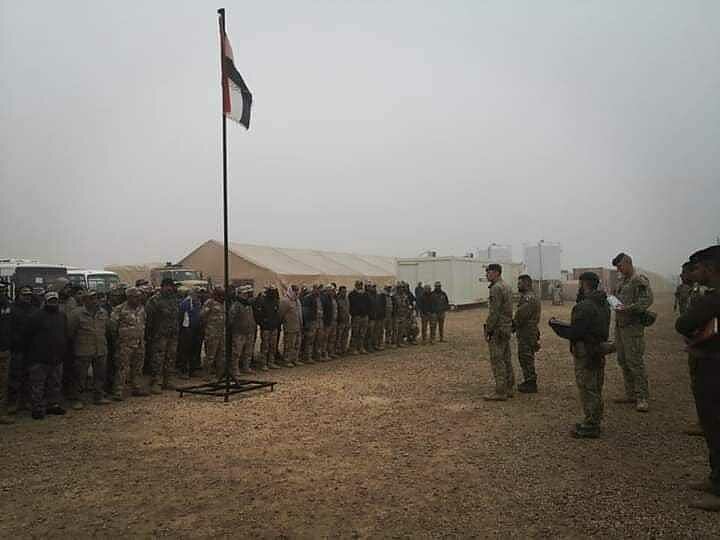