LRT English Newsletter: Holocaust in Jerusalem and winter without snow 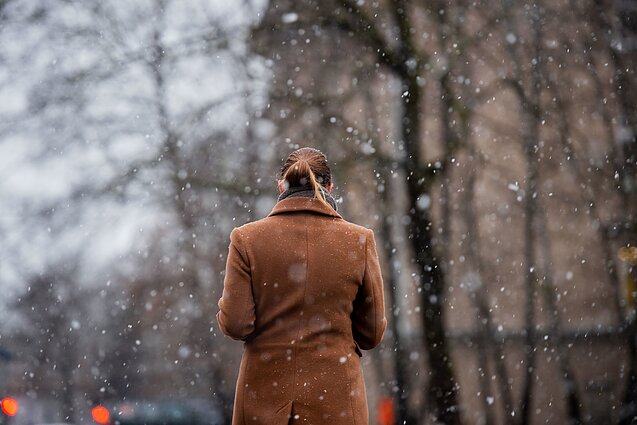 A short spell of snow did not last / E. Blaževič/LRT

HOW TO REMEMBER THE HOLOCAUST

Holocaust Remembrance Day has turned into a diplomatic fuss that sucked in the Lithuanian president, too. He was to take part in a 75th anniversary of Auschwitz-Birkenau liberation event in Jerusalem, but cancelled the trip at the last minute.

Why? He may have taken the cue from the president of Poland who had also cancelled his participation, appalled that Vladimir Putin was given a platform to expound his version of history.

Still, the Lithuanian president said he would pay tribute to the victims and survivors in Auschwitz, Poland, next week.

Just as we sent out last week’s LRT English Newsletter, the police in Vilnius were leaving no stone unturned looking for a girl that several child witnesses said was forced into a car and abducted. Two days of intense search later, the police concluded that there was no kidnapping.

The comments caused a bit of a storm, with the president’s adviser – himself a Polish-Lithuanian – assuring it was about the minister’s poor performance, not his ethnic background.

Overall, it was not a good week for the transport minister. A report by the Special Investigation Service listed party-linked people he installed in ministry-controlled enterprises, while ethics watchdogs ruled that he had a clash of interest when accepting lunch in Minsk and Abu Dhabi.

A recent survey has found that Lithuanians encounter less corruption in their country. Transparency International, too, pushed Lithuania up a little in its latest Corruption Perception Index.

Coincidentally, prosecutors busted the mayor of Panevėžys and the president of a local basketball club for exchanging favours.

SOMETHING ROTTEN IN ENVIRONMENTAL PROTECTION

It keeps coming. Weeks after an industrial pollution scandal in Klaipėda shook the country, another company is suspected of polluting the river Neris in Vilnius with plastic.

In an extraordinary session, the Seimas began hearings on a package of regulations aimed at fixing the “rotten” environmental protection system.

- The Iranian ambassador in Warsaw has told LRT that Lithuania should nudge its friends in Washington to return to the nuclear deal. Little chance, Vilnius officials say.

- Who was the mysterious eighteenth-century Vilna Gaon? A learned man who took cold baths and wouldn’t let his wife keep the family shop open a minute longer than was necessary.

- Dolphin and leech therapies are now legal in Lithuania. Well, they weren’t illegal before, but now they’re included into a new set of regulations as “alternative medicine”.

- When will Lithuanians be as rich as Western Europeans? By around 2042, according to the Bank of Lithuania.

- While some of us are enjoying – or enduring – unusually warm weather, snowless winter is a bit of a stress for some businesses.