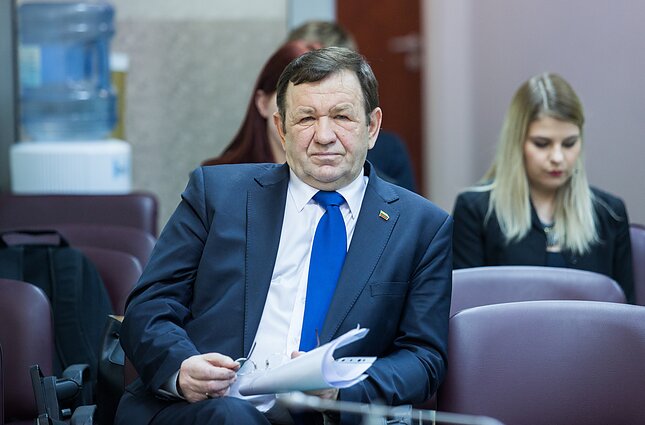 The Lithuanian Supreme Court has started hearing a case in which former MP Kęstutis Pūkas is charged with sexual harassment.

Lower-instance courts found Pūkas guilty of sexually harassing a woman who worked as his assistant when he was an MP, but acquitted him on charges of harassment against three other young women who sought the job of secretary-assistant.

According to the Supreme Court, the latter three women are asking to overturn acquittal and or refer the case to an appellate court for reexamination.

Prosecutors want to prove that the three job applicants were dependent on the MP.

Pūkas resigned as MP in January 2018, shortly before the parliament, Seimas, voted to strip him of his mandate.

The Constitutional Court has ruled that Pūkas breached the oath of office and violated the Constitution by sexually harassing his assistants and female job applicants.