LRT English Newsletter: Battles over past and future 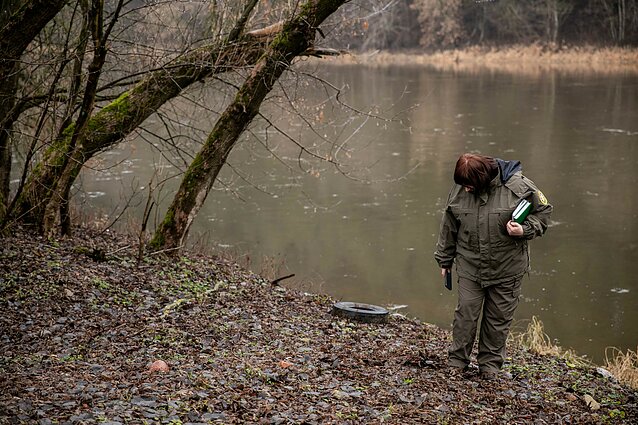 The public is still grappling with the biggest environmental pollution scandal of recent years. Prosecutors believe that the paper manufacturing plant Grigeo Klaipėda purposefully and continuously dumped untreated wastewater into the Curonian Lagoon.

The authorities have arrested part of the company’s assets and while the investigation continues, Lithuania’s environment protection authorities find themselves in the crosshairs.

Two environment officials have been named suspects in another recent incident, a fire in a tire warehouse.

Meanwhile, Lithuania expects to be offered 97 million euros from the EU’s Just Transition Fund to help achieve carbon neutrality, while the energy minister welcomed the first investment into wind energy without state support.

A very Lithuanian Mexican stand-off between the president and the ruling bloc this week ended with a mixed score.

First, the ruling parties decided to ignore President Nausėda’s insistence that the embattled transport minister must go. Then, the parliament moved to overturn a presidential veto on last-minute electoral rule change. This time, they missed the mark by one vote.

The ruling majority’s position appears wobbly, since they are not a majority anymore after one group in the coalition collapsed.

All those new residents must be looking for a home, as the real estate market is breaking records, the Centre of Registers reports.

The economy is booming, but storm clouds might be brewing. While some warn about the hazards of a rapidly ageing population, others brace themselves for a financial “shock therapy” when the EU cuts cohesion funds for Lithuania.

On Monday, Lithuania commemorated the 29th anniversary of the Soviet crackdown of January 1991. Take a look at our recap of the harrowing events nearly three decades ago and photos of commemoration this week.

President Dalia Grybauskaitė came out into the public for the first time since handing in the reins of power last July, to weigh in on the matters of the day.

Speaking of past presidents, plans are moving ahead to build a monument in Vilnius for Antanas Smetona, the head of the interwar Republic of Lithuania.

HUMAN RIGHTS HERE AND THERE

Two important rulings came from the Strasbourg-based European Court of Human Rights this week. In one, a gay couple won a case against Lithuania whose law enforcement has failed to investigate calls to have the gay couple “thrown into gas chambers”, “exterminated”, “burned” and “killed”

In the other, Lithuania was found to have mishandled a German-Lithuanian child custody case over a decade ago.

Human rights were also at issue in a sponsorship deal concluded between a football club from Marijampole and a Chinese company implicated in Uighur repressions.

Was Jonas Noreika, a World War Two-era officer, a Nazi collaborator or did he rescue Jews? Historians disagree.

LRT Investigation Team has looked into the lobbying powers and businesses of the Catholic Church. While already the biggest property owner in the country, the Church also wants to have the NGO status. As to why, and how, read the report here.