LRT English Newsletter: Intelligence, pollution and a voice from Iran 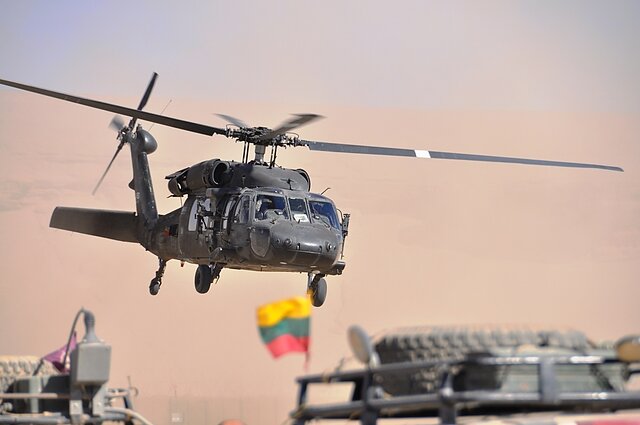 Lithuanian troops on a mission / Ministry of Defence

If you’re happy to breathe easy after what seemed to many (#FranzFerdinand and #WorldWarThree were trending worldwide) as the beginning of the end, feel free to skip this section.

In short, Lithuanian soldiers were stationed at the Iraqi Al Asad airbase, but left seven hours before the Iranian missile strike and were unharmed. Meanwhile the Baltic states are thinking of withdrawing troops from Iraq, but will not take any unilateral action. For now, the troops from Al Asad were moved to Kuwait.

With one disaster averted, the Golden Globes honoured the portrayal of another – Chernobyl. HBO’s production filmed in Lithuania was awarded as the best limited series. When receiving the award, the makers also mentioned Lithuania.

DO WE NEED MORE INTELLIGENCE?

State security is eyeing more powers in Lithuania. Under a bill drafted by the intelligence bodies and pushed forth by the president, officers will be able to invite you for a friendly chat or carry out administrative arrests.

Nothing to see here, the intelligence chief says, adding that the army and the police already have these powers, but “security officers don’t, for some reason”.

The debate is open on the need for such measures, with the conservatives’ in the parliament calling for an ombudsman to oversee the intelligence agencies. The president, meanwhile, says that growing threat from China and Russia necessitates changes.

Lithuanian has become one of gas exporters to Finland after it liberalised its gas market to be in line with EU regulations, as well as to end dependency on Russian supplies. And while Minsk is negotiating oil tariffs with Moscow, Lithuania’s port and state-owned railways have offered Belarus an alternative supply route.

A trade union representing striking workers have asked for Lithuanian society’s support, after 53 Turkish workers building a stadium in Kaunas went on a brief hunger strike in protest of unpaid wages. The responsible Turkish company, meanwhile, said the issue should be taken up back in Turkey and there is no reason for workers to continue the strike.

A company in Lithuania is suspected of having polluted the pristine Curonian Lagoon for years. The shocking revelation has led to an outcry in the country, with shops moving to boycott the paper product manufacturer. The full story here.

The green arrows allowing drivers to turn right on red are due to make an epic comeback after a mass uproar and some 100,000 euros spent on removing them in Vilnius alone.

Apparently, wildlife is also present in the Lithuanian parliament, Seimas. Beavers, storks, and other animals are found on party logos, while ‘bebras’ (beaver) has become derogatorily associated with nomenclature and party corruption.

Lithuania’s green jackets, the police, have shared the most bizarre bribery attempts of the year. Have a look.

LRT.lt is launching a solutions journalism project and we will aim to highlight the most promising stories to emerge in Lithuania. In the first installment, a school in the depopulating Lithuanian countryside (despite the first reversal of emigration figures in three decades) has opted for radical measures. And so far, the results are promising.

LRT English is bringing a second installment of #Voices, a project looking at important, controversial, or overlooked topics from the perspective of Lithuanian diaspora or expats in the country. This time, an Iranian expat in Lithuania talks about the latest standoff in the Middle East. “For Persians, it's like a tragedy mixed with comedy,” she says.

More facts revealed by the son of Chiune Sugihara, the legendary Japanese diplomat in inter-war Lithuania that saved thousands of Jews from the Holocaust.

History of World War Two, meanwhile, has ignited a nasty spat between Putin and Poland.