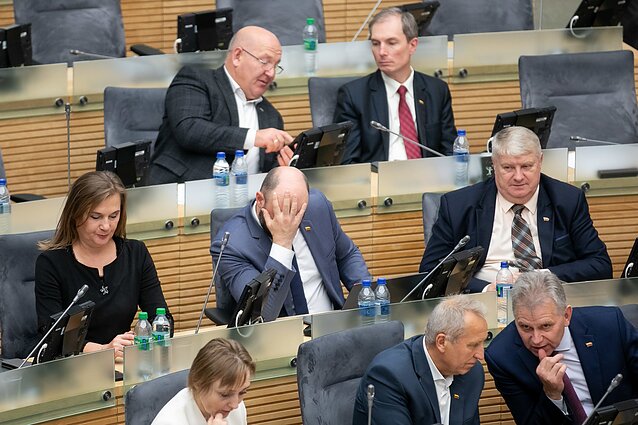 Farmers and Greens group in the Lithuanian parliament / D. Umbrasas/LRT

Although opinion polls stay unchanged, more of the less popular parties will have a chance to enter the parliament next year once the election threshold is lowered.

The opposition conservative Homeland Union – Lithuanian Christian Democrats remains the most popular party in Lithuania, with 16.9 percent of the respondents saying they would vote for it, unchanged from November, according to the survey by Vilmorus for the Lietuvos Rytas daily.

The Order and Justice party is supported by 5.4 percent (4.4 percent in November) and 4.5 percent (4.9 percent last month) would vote for the Liberal Movement.

The parliament has recently voted to lower the electoral threshold, meaning that parties need to clear 3 percent to qualify for seats, instead of the previous minimum of 5 percent.

“Now when we have the three percent [election threshold], everyone on the list has chances to get in,” Gaidys said.

The Centre Party ‘Welfare Lithuania’ would get 2.5 percent, followed by the Social Democratic Labour Party with 2.4 percent, the Freedom Party with 1.9 percent and the Electoral Action of Poles in Lithuania – Christian Families Alliance with 1.4 percent.

Eleven percent said they would not vote (down from 13 percent in November), and 20.8 percent (21.8 percent) were undecided.

The Vilmorus survey of 1,021 people was carried out between November 29 and December 7. 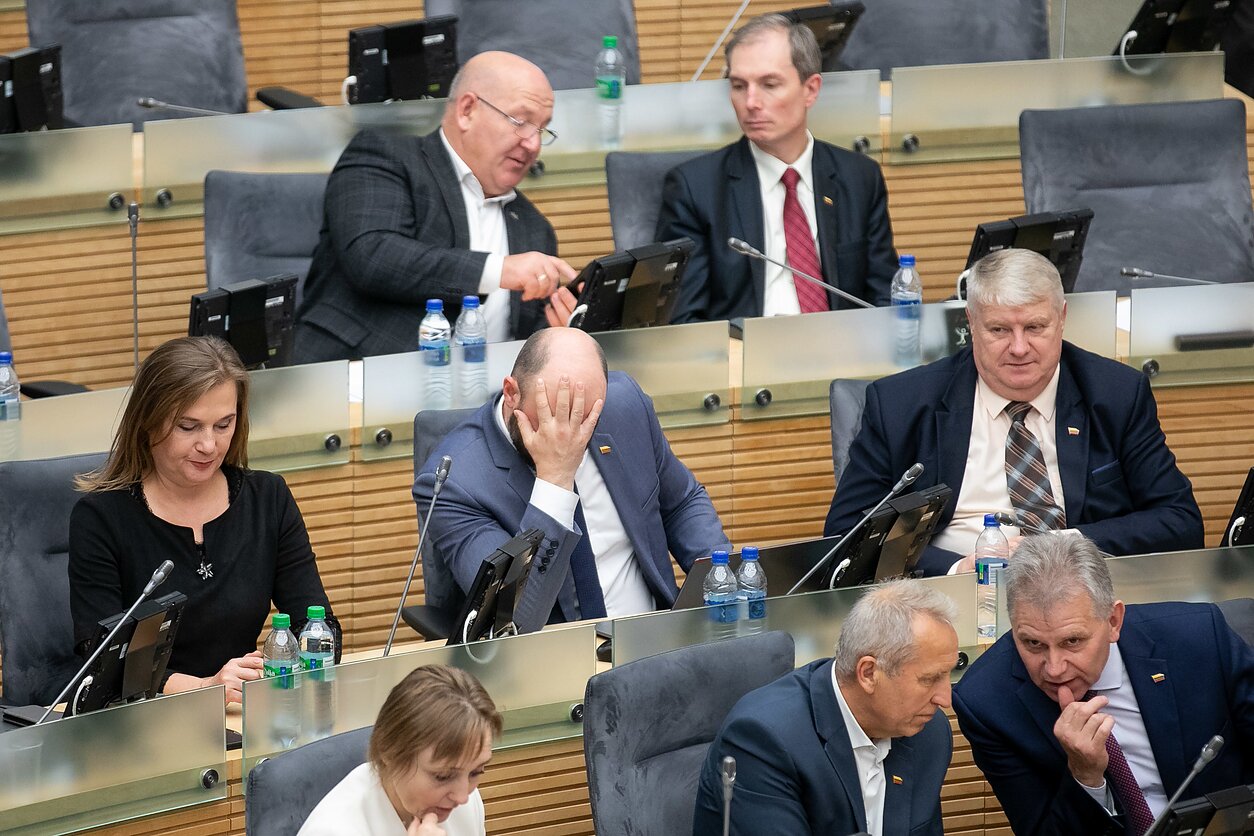 Farmers and Greens group in the Lithuanian parliament
1 / 1D. Umbrasas/LRT